Pete Souza, former chief official White House photographer for the Obama administration, told journalism students at the University of South Carolina Wednesday that the Trump administration has worsened the relationship between ordinary citizens and the press, at the expense of democracy.

“More than ever I think the voices of journalists are extremely important,” Souza said in a news conference with University of South Carolina School of Journalism and Mass Communications (SJMC) students today. “We have a President who calls the press the enemy of the people and whose communications people say that there are alternate facts. There are not alternate facts. There are facts and truths. I think journalists are the ones to separate truth from fiction, fact from falsehood.”

With a relationship between politics and journalism that grows more tense by the day, Souza, 63, finds himself a “little disappointed” in the American people’s continued support of President Trump, and wants them to do their civic duty and “get out the vote” in the upcoming midterm elections.

“I get why people voted for Donald Trump,” he said. “I don’t get why people still support [him]. That has perplexed me quite a bit. Maybe I don’t know people in this country as well as I thought I did.”

On Wednesday evening, he was set to deliver the annual SJMC Buchheit Family Lecture.

“I think he really values education and journalism and mass communication education and he has devoted a lot of his time to meeting students [here],” SJMC Director Andrea Tanner said. “We are trying to teach all of our students to be great storytellers and he is a great visual storyteller.”

When Souza began his career in photojournalism, he shot on color negative film, developing grainy physical copies of his photos of Reagan using a range of chemicals. He photographed Obama strictly digitally, and, most recently, he tested the camera on the iPhone XS. His career has seen changes in fields other than technology, however.

“It’s fine to be pissed off at the press or a story that’s written or what somebody says in a story, but neither [Reagan nor Obama] ever called the press the enemy of the people,” Souza said. “Neither one of them ever thought that we shouldn’t have a First Amendment, or didn’t believe in the freedom of the press. It’s not normally like this.”

The evolution that Souza perceives in politics is reflected in his recent work. “Shade: A Tale of Two Presidents” is his second book, to be published on Oct. 16. In the book, selected headlines, quotes and tweets by Donald Trump from the first 500 days of his administration frame some of Souza’s photographs of Obama, visually contrasting the two men. An exhibition of his photography entitled “Throw Shade, Then Vote,” also featuring contrasts of Obama and Trump, will go on display in October.

Souza said he has a “new voice,” one as a private citizen now that he is no longer a working photojournalist. However, his years of experience photographing the American people and their leaders give him a rare expertise in the field of journalism. His advice to young journalists was simple – be present, work hard and deliver the facts correctly.

“There is no secret, it’s just a lot of work and a lot of experience, always being prepared and always being there,” Souza said. “Everyone makes mistakes, and journalists do too, but I think now we’re at a point in the country where journalists have to be even more careful to make sure they’re getting the story right because otherwise it’s feeding into this narrative of fake news.”

However, while Souza might feel disappointed in America in 2018, he is proud that the photographs he has taken of President Obama, President Reagan and other key figures and moments in American history will be seen by future generations. This contribution, even more than his feelings on the country and its current administration, is what he wants to leave with USC during his Columbia visit.

“I just want people [at USC] to understand…what the role of the White House photographer is and…the importance of creating a visual archive for history,” he said. “The only goal [I had] was to try to make interesting pictures, knowing that, someday, somebody will be looking at all of them, and trying to photograph in an authentic way, to really show what was taking place. I tried to never lose… the primary mission, that being that you’re creating a visual archive of a presidency for history.” 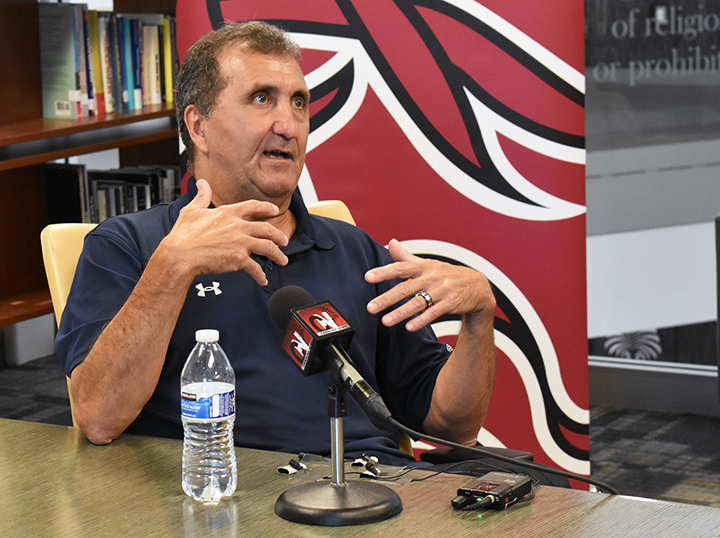 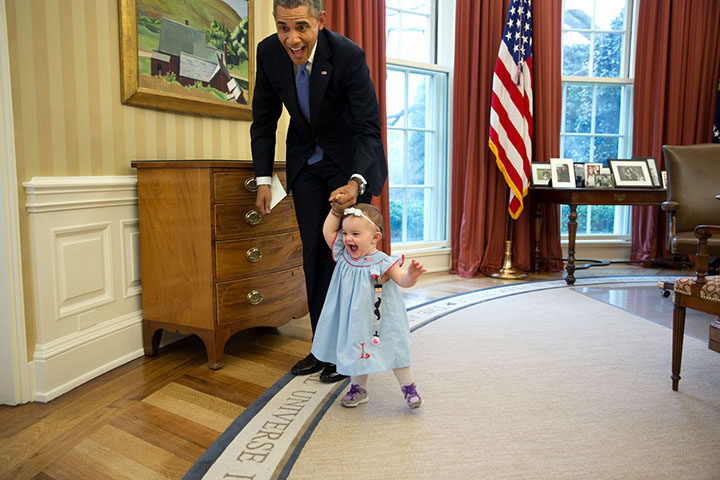 Pete Souza captured President Barack Obama with a young constituent in the Oval Office. Photo courtesy of the White House and Pete Souza. 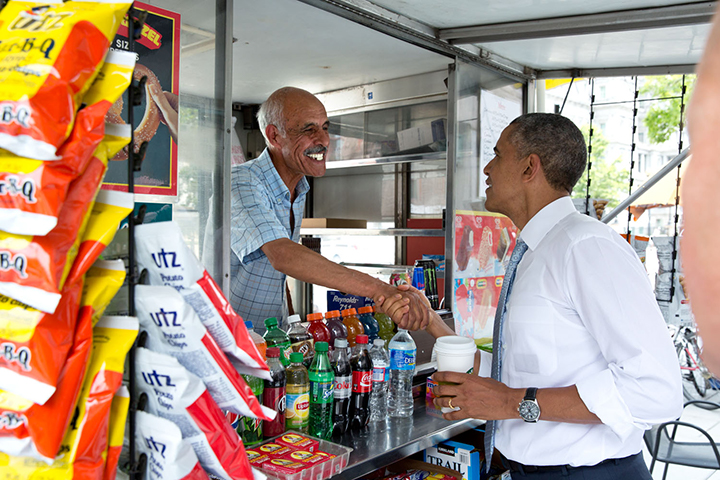