The legacy of the Button King lives on 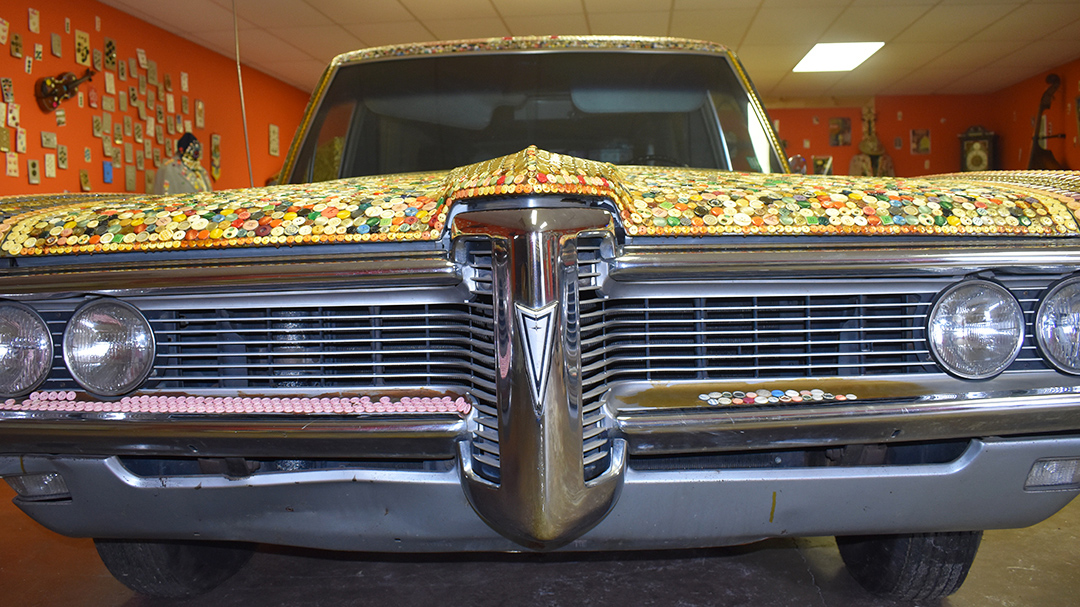 Sitting in the center of the Button Museum in Bishopville, S. C. is a hearse covered in around 600,000 buttons from bumper to bumper.

By Turner Harrison and Bria Barton

Bishopville, S.C. – South Carolina’s famed “button king” is gone but the legacy of the man who once adorned a hearse with 600,000 multi-colored buttons lives on at the tiny Button Museum located down a dirt lane in rural Lee County about 40 minutes east of the state capital.

The late Dalton Stevens, whose bad case of insomnia led to an obsession with covering objects from clothing to coffins, built the museum in a corrugated steel airport hanger next door to his home in 2006.

He and his family traveled all over the world to publicize his unusual art and he put the tiny town of Bishopsville on the map with his appearances on late night television.

“I remember  when folks would bring buttons and leave them on the doorsteps in little containers,” his son, J.D. Stevens,  said. “I never really paid buttons any attention but once I got to noticing them I realized they’re all pieces of art.” J.D. Stevens now maintains the button museum left to him by his father, who died in 2016.

The visitor log is sparse to take a tour through what is likely the largest button collection in the world. That’s because the museum is off the beaten path, nestled between acres of rolling green hills off of Highway 34. But visitors as far away as Japan have come to view the clothing, the hearse and the musical instruments covered in the small and large discs.

Even though the Button King has passed, tourism officials around the state still send visitors to the tiny museum. Holly Beaumier, director of the Florence Convention and Visitors Bureau, said she has fond memories of the artist.

“Dalton would always have his guitar laying on the hood of his Nova and he would pick it up and play it for them,” Beaumier said. Dalton Stevens embarked upon his life’s work in 1983 with a denim suit that eventually came to hold over 16,333 buttons and weighed 16 pounds. Eventually, he covered a hearse, a Chevrolet, an outhouse, musical instruments and caskets.

Would you give me buttons instead of a rose?

Buttons can be square or round

They keep my pants from falling down.

“He came home one night and said he couldn’t sleep. Then he started sewing buttons,” J.D. Stevens said.“Being a person who didn’t like attention he saw people’s amazement with the shirt so he started on the pants.” Dalton Stevens was also a musician and for the past 13 years the family has hosted a pot luck dinner and music night each Friday in an adjacent hanger that draws people from surrounding counties.

“We used to ride out to Bill’s Pickin’ Parlor,” in Columbia, J.D. Stevens said. “But it’s a long ride so Daddy said we’d do this so musicians don’t have to make such a long trip. And since he was such a good musician, a lot of good musicians wanted to play with him.”

J.D. Stevens said he will take the task of maintaining the museum “day by day.” “It’s never been like a business or a money maker; it’s just a donation thing,” J.D. Stevens said. “Daddy didn’t care. He just wanted folks to come by and talk with him.”

The Button Museum once held the Guinness World Record for the largest button collection. Inside you will discover buttons that have been sewn onto objects from caskets to suits and even an outhouse. 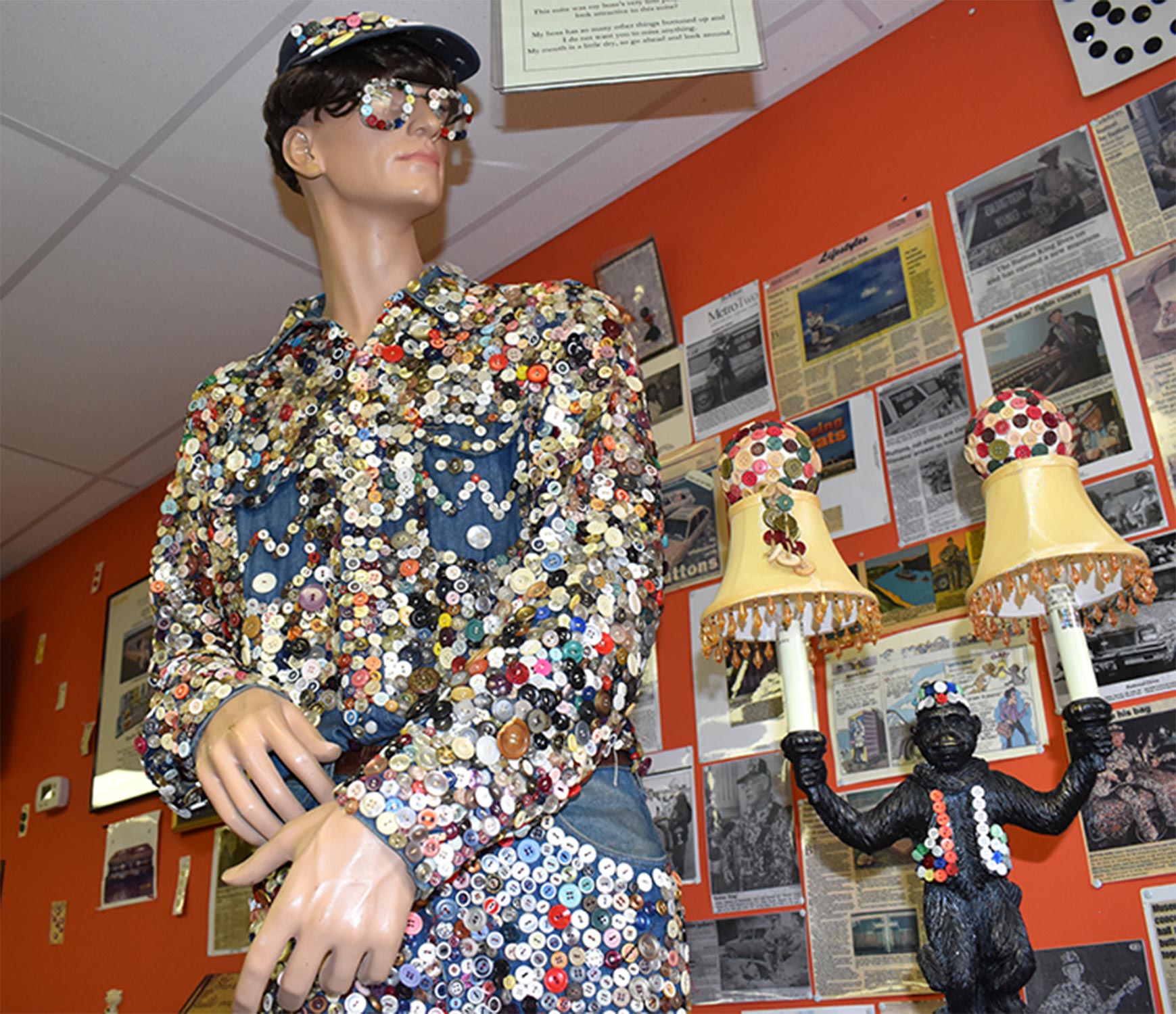 This “buttoned-up” suit has 166,333 buttons sewn onto it and weighs 16-pounds. The Button King, now deceased Dalton Stevens, wore the suit on many television appearances like Johnny Carson and David Letterman. It was the first button art piece Stevens created. 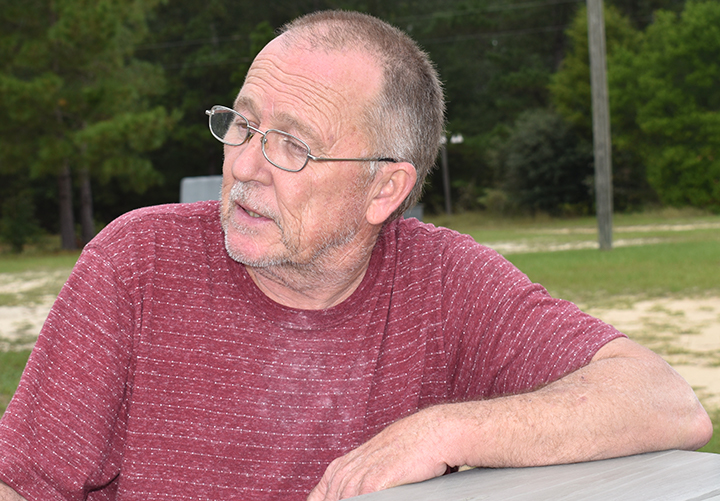 J.D. Stevens is the son of the late “Button King” Dalton Stevens. He keeps his father’s collection open to the public and continues to host his family’s weekly music potluck in a hanger next to the museum in Bishopville. 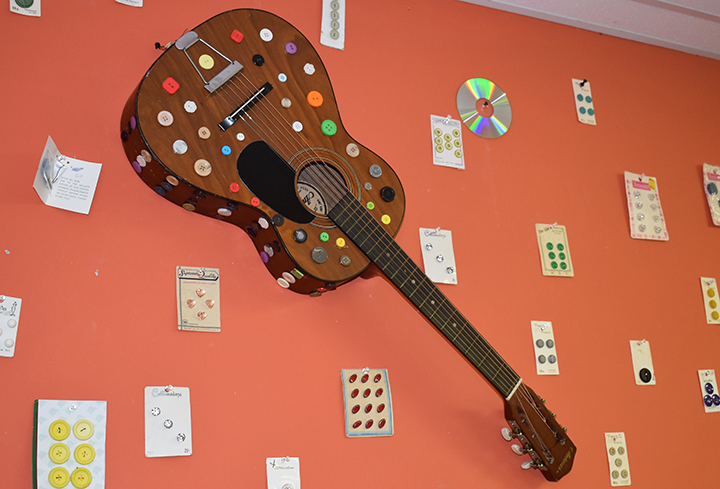 Dalton Stevens, also known as the Button King, was also a great musician and wrote several songs devoted to his love of buttons.