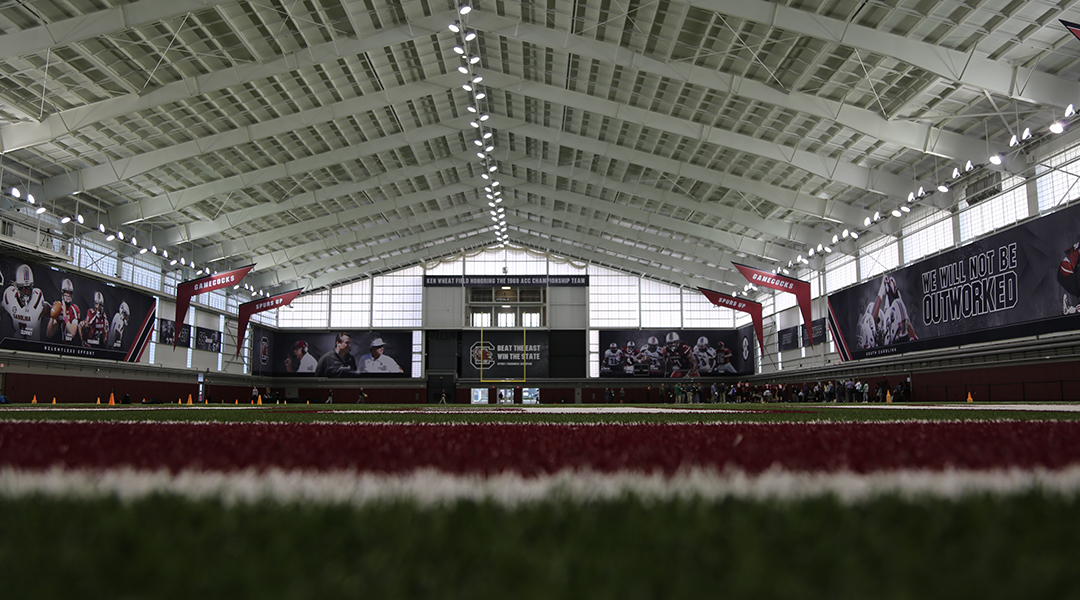 The Gamecocks trained to impress as NFL scouts traveled to the University of South Carolina’s indoor facility for Pro Day.

On Thursday, all 32 NFL teams visited the indoor facility, next to Williams-Brice Stadium, and interacted with the players preparing to enter the draft. Thirteen seniors ran through various drills, showcasing their speed, agility and endurance, in hopes of catching a few scouting eyes.

The uncertainty of the day settled into the mind of tight end K.C. Crosby as he, like all of the players, have been training for months. Going from the season to training for the Pro Day is different, but Crosby was determined to make the scouts see his athleticism.

“You get a little discouraged in the middle of the process, but I got good people around me that kept me going and was able to get to this day,” Crosby said. “I wanted to see how fast I could come out and run because I haven’t been able to showcase that in a lot of games. So I came out and ran fast, just show how athletic I am and show the scouts.”

As one of the most electrifying players in college football, wide receiver Deebo Samuel finished his career with all-conference and All-American recognition. Samuel is also a talented return specialist on special teams.  Gamecock head coach Will Muschamp is not surprised that scouts were impressed with his physical abilities as well as his interview abilities.

Michael Scarnecchia admitted he was planning to begin law school in the fall if he doesn’t get scouted, but with a four-year career that only included seven in-game appearances, the quarterback worked out hard during his individual drills, tossing throw after throw. Scarnecchia was confident in the timing and landing of his throws, but he believes he has more to offer outside his physical abilities. He hopes he can get an opportunity with one team at the next level.

“I bring a real positive energy every single day. Everyone tells everyone that positive energy is contagious. And I’m a hard worker,” he said. “I never miss meetings, I’m always early, I’m always doing extra work so I’m gonna be that guy who’s in there doing everything that I can to better the team and better myself.”

Scouts continuously huddled around as Bryson Allen-Williams, linebacker for the Gamecocks, ran his drills. After five seasons in a Gamecocks uniform, he recorded 176 career tackles in his 49 game and is a true leader on and off the field. He treats football like “a real deal job,” and he knows the scouts love it.

“This is my job now, so you really have to invest yourself, invest your time, into your body, into the mental aspect of the game, because it’s a long process,” he said. “The scouts, they love the way I play, they love my effort, they know I’m a tough player, they know I’m physical.”

Coach Muschamp was proud of his players at the end of the Pro Day. With only one Gamecock drafted in the last three years, he’s hopeful that more will be drafted by April.

“Seeing guys in shape and competing, and that’s what we’re all about here is earning your opportunities,” Muschamp said. “And certainly today I saw some guys that were in shape and ready to go in and certainly represented us well.” 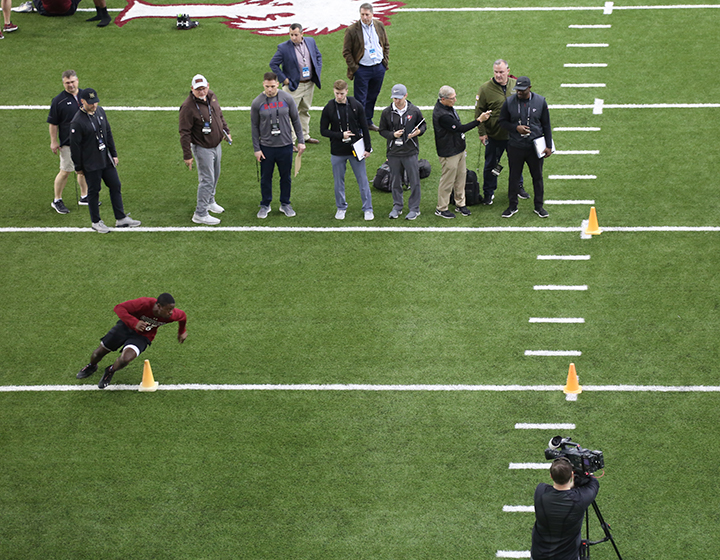 Thirteen seniors, including defensive back Rashad Fenton (above), ran various drills during Pro Day while scouts closely monitored their performance. 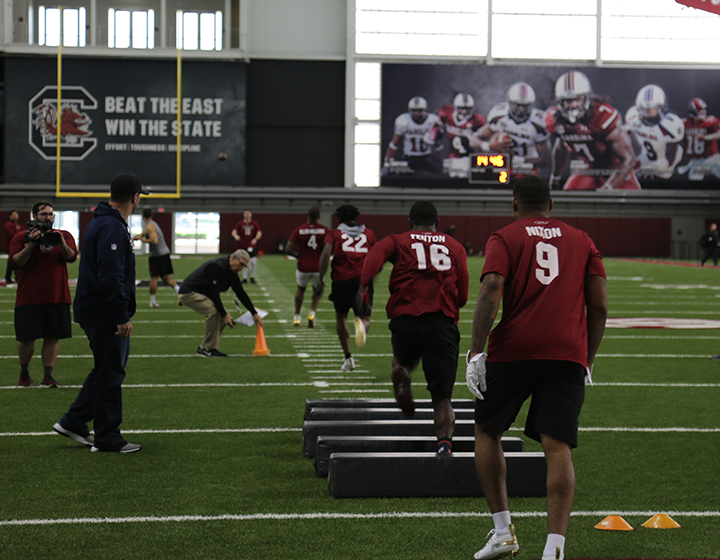 “This is my job now, so you really have to invest yourself, invest your time, into your body, into the mental aspect of the game, because it’s a long process,” said linebacker Bryson Allen-Williams. 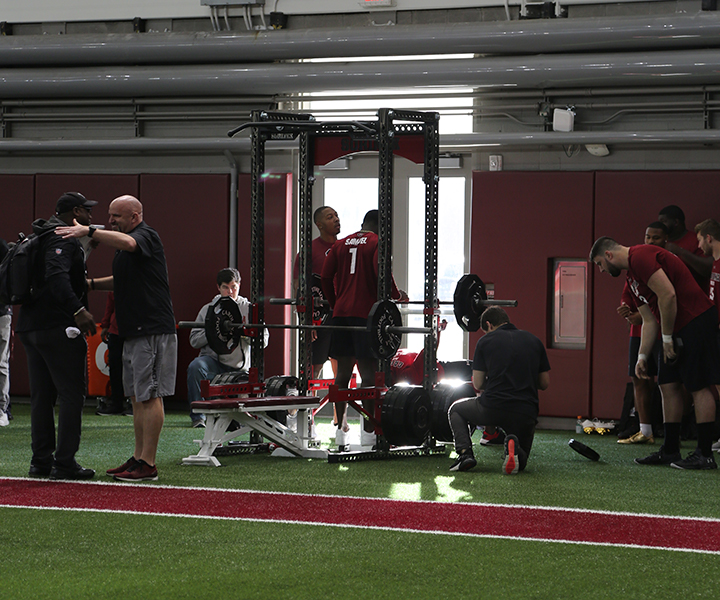 “Seeing guys in shape and competing, and that’s what we’re all about here is earning your opportunities. And certainly today saw some guys that were in shape and ready to go in certainly represented us well,” said Gamecock Coach Will Muschamp