Lila makes it clear she has limitless purpose 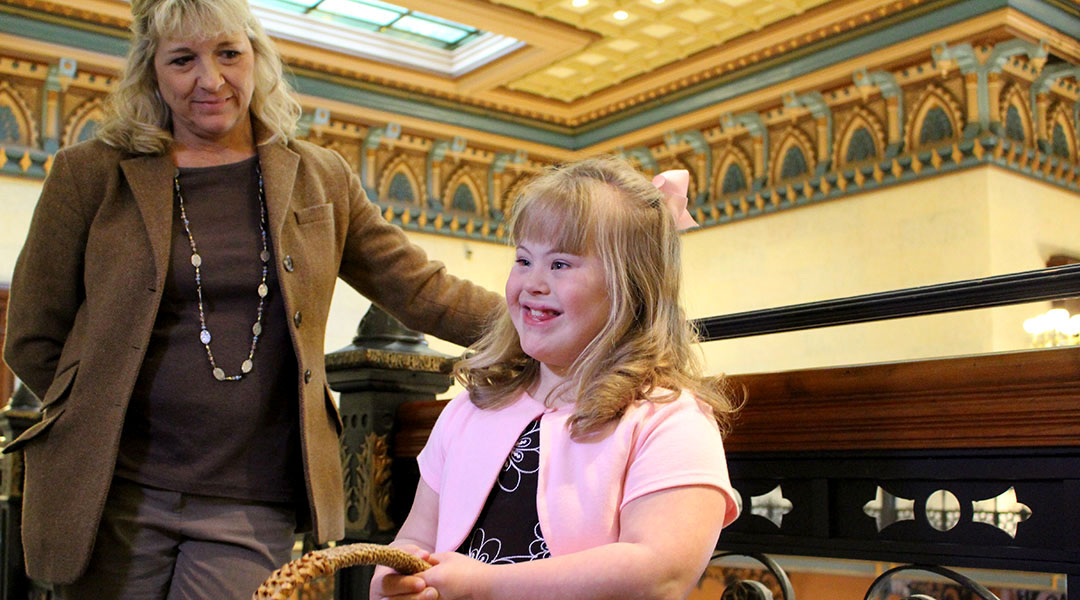 Her favorite color is red, and at 7 years old Lila Mozingo goes to school, wears bows in her hair, smiles, gets frustrated and has three copies of her 21st chromosome.

In honor of World Down Syndrome Day, the Mozingo family on Thursday launched a new organization because they believe that those with Down syndrome should have the same opportunities as everyone else. The family’s new movement, Limitless Purpose, encourages the community to encourage inclusion for those with disabilities.

When Padgett Mozingo and her husband Mark were told that their second child would be born with a heart defect and Down syndrome, they didn’t know the obstacles they would face.

“Many were quick to suggest to us that we should maybe not even continue our pregnancy and that her quality of life wouldn’t be high,” Padgett Mozingo said. “When you see her and meet her you find out she has nothing less than a high quality of life. She has an incredible quality of life, she is the light of a room, she is a bundle of energy.”

According to the World Health Organization, 1 in 1,000 births has an incidence of Down syndrome. Over 200,000 cases of Down syndrome are reported in the United States every single year. People with this disability have a genetic condition, trisomy 21, that causes them to have an extra copy of chromosome 21.

In Lila’s seven years, the Mozingo family has tried to place her in environments that encourage her to reach her potential, and interact with people who don’t make assumptions because of her disability. She is the inspiration and the face behind this movement.

“We truly believe that she’s limitless if we don’t put labels on her and we don’t make assumptions about what she can’t do in life. We don’t have any idea what she will accomplish and we should challenge her to reach her full potential,” said Padgett Mozingo.

Limitless Purpose is pushing for more inclusion in education for those with disabilities. It hasn’t been easy for Lila to get the same opportunities that other children have in public education, her mother said, so she was enrolled in a Montessori school where Lila is the only student in the classroom with a disability.

“We just haven’t had as easy of a road to get other people to understand that and accept that. So for her to be in an inclusive classroom with typically developing peers who are learning typically developing language and math, those things are important,” Padgett Mozingo said. “Those are life skills, they translate to more than just academics.”

As Lila walked around the lobby of the State House, tapping people on the arm and giving them a bracelet, clay thumbprint and a flyer, smiles and laughter followed. The Mozingos chose this year to begin Limitless Purpose because of the many reforms and conversations about education at the state house.

“We recognize they have a huge job, there are lots of things in our education system that need attention…We don’t want them to forget that children with disabilities need to be considered in that,” said Padgett Mozingo.

Moving forward, Limitless Purpose has ambition to continue raising awareness and helping people understand that those with disabilities are capable and deserve a chance. They also hope to become a nonprofit in the future and serve more children succeed.

“A person is a person, and they have a disability. Their diagnosis is a part of who they are, but many times it represents the  challenges and the hard work they’re had to do to accomplish the same things,” said Padgett Mozingo.

The family wants others to see Lila’s capabilities so that they can begin to let go of assumptions they have made about people with disabilities.

“Who knows what the future holds? But if we don’t give her a chance and we don’t challenge her, she’s destined for the same old thing, and that’s not acceptable,” said Padgett Mozingo. 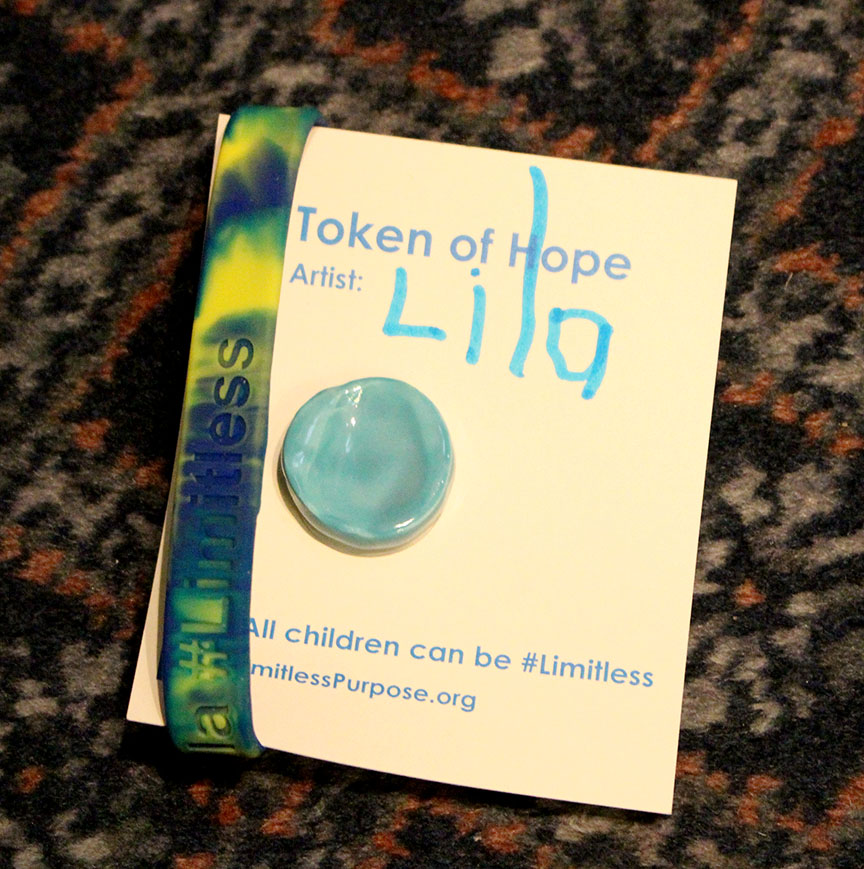 The Mozingo family went to the South Carolina State House Thursday to pass out clay thumbprints that 7-year-old Lila made to raise awareness for Down syndrome. 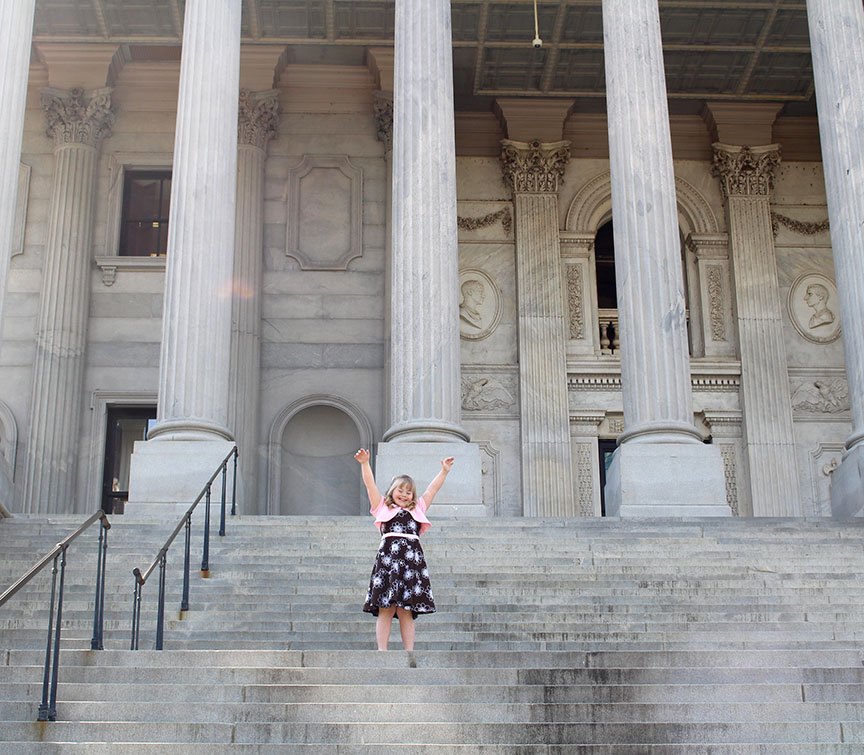 The Mozingo family believes that daughter Lila, and other children like her, can accomplish whatever they set their minds to as long as they are encouraged and included. 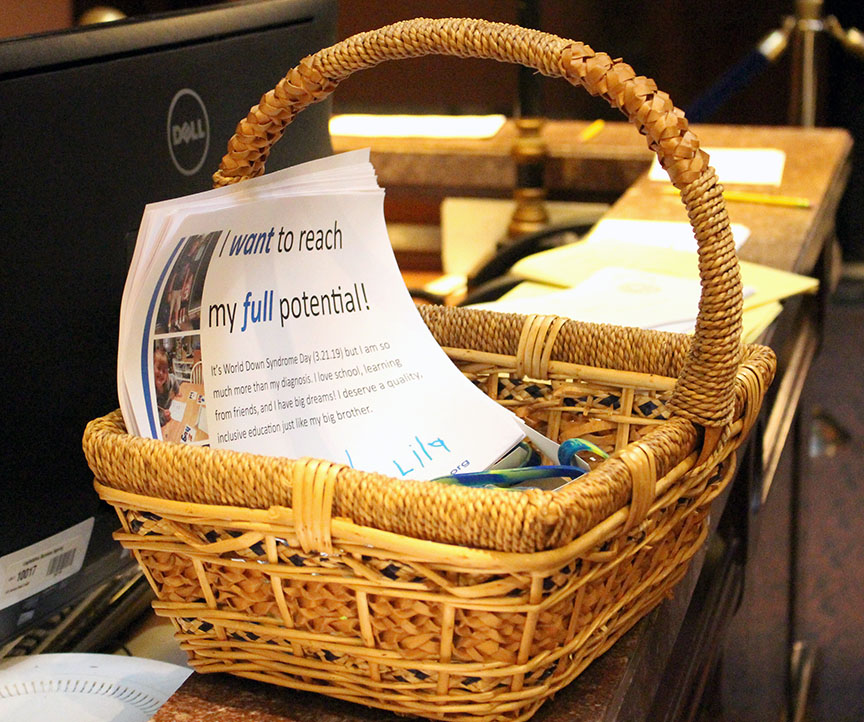 The Limitless Purpose movement is encouraging people to understand that all children, including those with disabilities can be #Limitless. 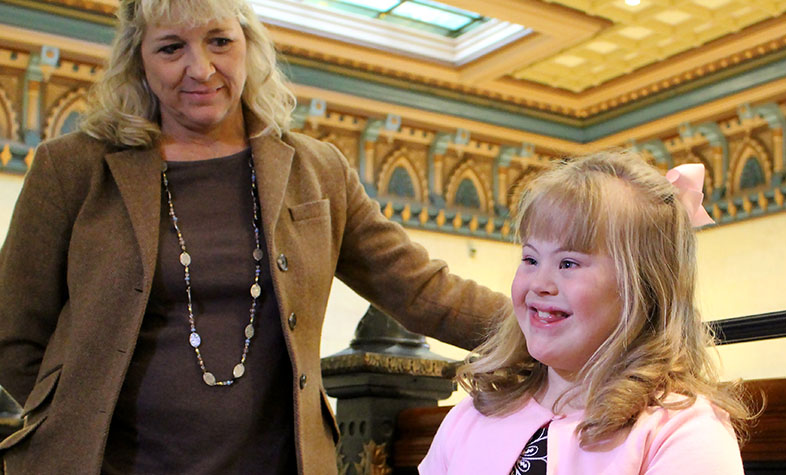 Padgett Mozingo decided to start a movement called Limitless Purpose because of her 7 year-old daughter Lila who has Down syndrome.