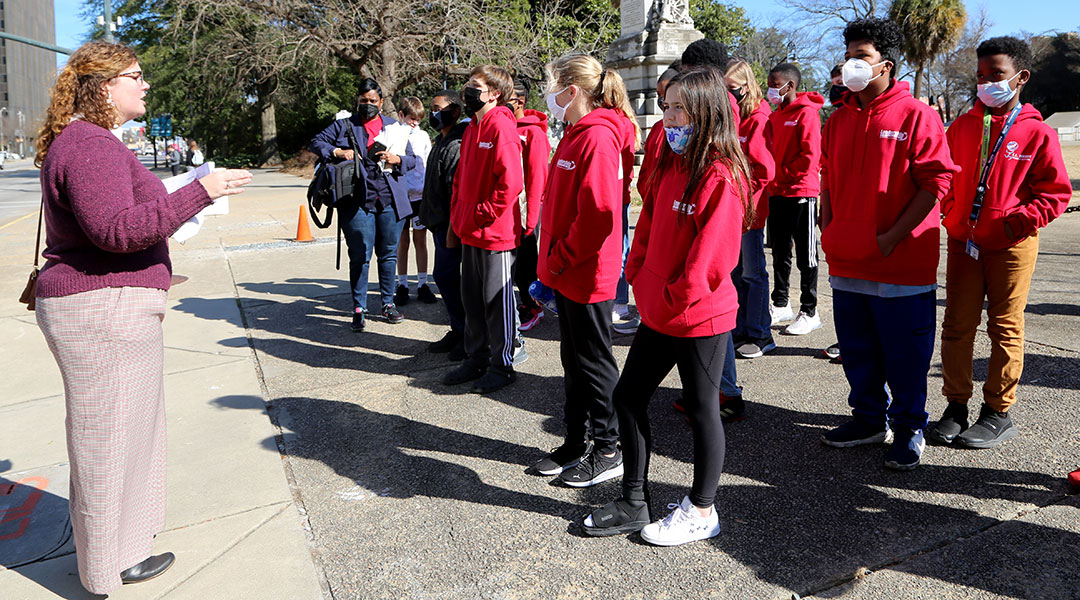 The $1.5 million donation by Williams Companies announced last week will make a lasting impact on the state, UofSC interim President Harris Pastides said. Both the university and the donor hope to expand knowledge of the civil rights movement for all ages, whether it be a South Carolina kindergarten classroom or a college student’s research project.

“[Students] can be agents of change, they can transform this world,” said Bobby Donaldson, director of the University of South Carolina’s Center for Civil Rights History and Research. “We have multiple examples of people who faced great adversity and opposition but who dared to believe in the future, so we believe these stories of the past will help shape and transform the future.”

The donation from Williams Companies, an energy corporation headquartered in Tulsa, Oklahoma, with 412 miles of pipeline in the state, will fund the center for three years. This funding will include an expansion of its current permanent and archival exhibits at UofSC, and will also fund traveling exhibits to expand the center’s reach across the state and nation.

Among the collections that will now be a part of the university’s center are congressional papers from South Carolina’s first African American congressman since 1897, Rep. James E. Clyburn. The center is housed in the Ernest F. Hollings Special Collections Library inside the Thomas Cooper Library on the UofSC main campus.

These documents, along with photographs and oral histories, are intended to provide a foundation of education for students, academics and professionals. South Carolinians can learn about the civil rights movement, and conduct  research as they interact with the state’s complex history.

“We have to teach our children about the racial history of our state and our nation,” said Pastides.

Following last week’s announcement, middle school students were taken on a walking tour of downtown civil rights site, an outreach that organizers hope will be expanded to other schools.  The walking tour for E.L. Wright Middle School began at the South Carolina African American History Memorial and made stops along historical sites and civil rights markers along Columbia’s Main Street.

Teaching younger generations of South Carolinians is important to everyone involved, but one Williams employee was especially moved by the day’s events.

Kelly Adams, a 2001 graduate of the University of South Carolina, felt personally connected. As the daughter of a history teacher, she said she recognizes the importance of teaching young people about racial history in the state.

“For me, it is personal. But, it’s also the right thing to do,” said Adams, about the expansion project.

The new funding will broaden the reach of the Center for Civil Rights History and Research by adding traveling exhibitions, oral histories through personal anecdotes and interviews, news clips and photos. However, the plans for the center are nowhere near complete.

This expansion is promising for not only the university or the state, but for the nation. By including traveling exhibitions, the project will increase access to learning and histories for students who wouldn’t otherwise witness the important documents of the past.

“History has no purpose unless you use it,” said Pastides, quoting Donella Brown Wilson, a Columbia woman who fought for the right to vote in Columbia during the civil rights movement.

Civil rights pillars such as Wilson are at the crux of the new additions to the university’s center. The goal of the funding is to continue what the university has been working toward for years, according to Donaldson and Pastides.

“We are about to continue the good works of unearthing, uncovering, unshielding the history of our beloved state and telling the truth because the truth shall set us free,” said Pastides. 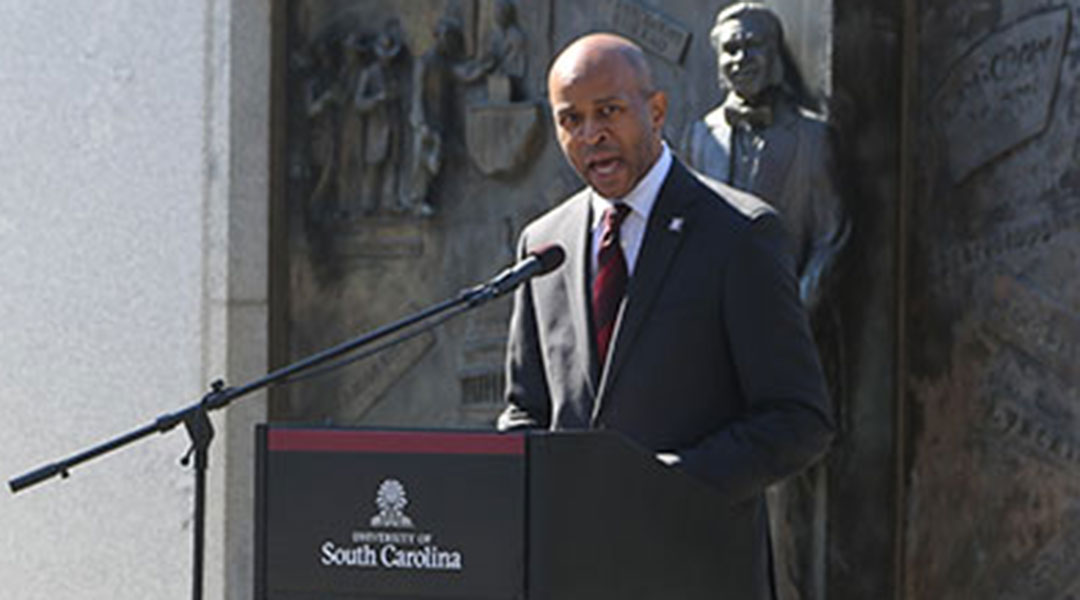 Bobby Donaldson, director of the University of South Carolina’s Center for Civil Rights History and Research, explains what the donation for civil rights education means for the University and students across the state. 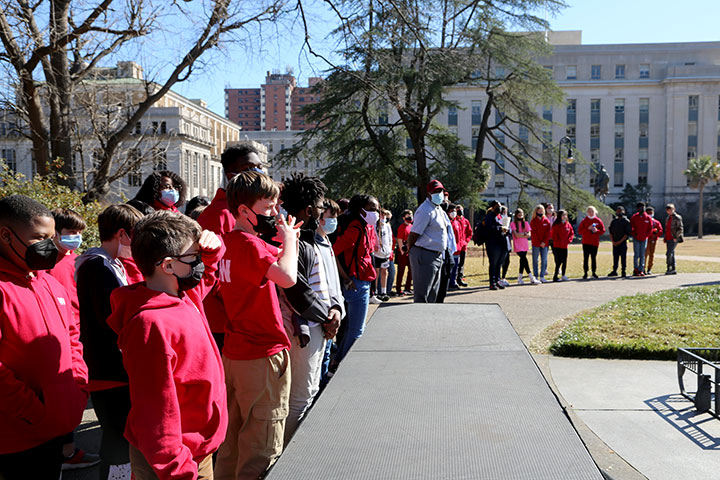 Students began the historical tour at the South Carolina African American History Memorial at the State House, where they learned about the state’s rich connections to the civil rights movement. 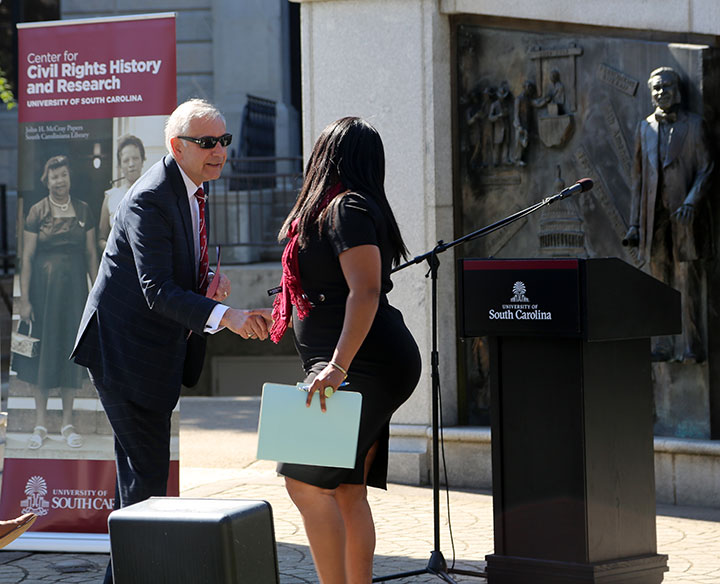