Getting lost in fall fun at a Lexington County corn maze 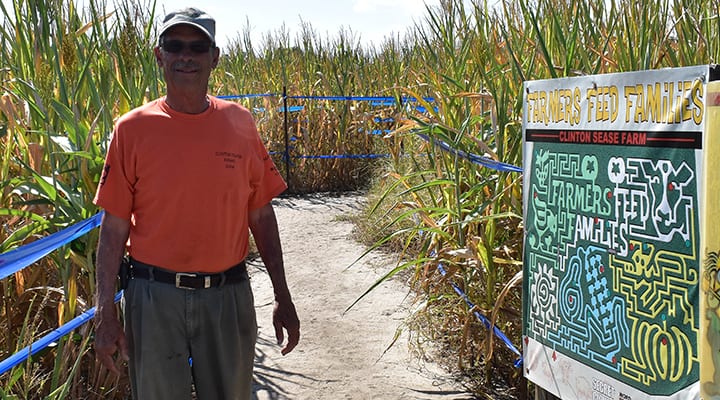 Clinton Sease was raised on the farm and helps design a different maze every year.

The arrival of fall promises cooler weather, Halloween, beautiful autumn leaves, and pumpkin spice everything. In Lexington, fall means the opening of one of the county’s most popular family attractions.

Clinton Sease Farm off of state Route 1 has hayrides, a pumpkin patch, gift shop, and the main fall attraction, the annual corn maze.

The maze takes up nearly nine acres with about three miles of trail. The maze takes on a different theme and shape every year,  presenting a new challenge for families who completed the maze the previous year. This year’s theme is “Farmers Feed Families,” paying respect to farms across the country. All in all, around 10 acres of corn are planted every year to shape into the maze.

The farm is owned by Clinton Sease, who was born, raised, and has always lived on the farm since he was born in 1949. The farm has been passed down through the Sease family.

“Dad started the farm in ’42,” Sease said. “He bought part of the property from my mom’s uncle, so it’s been in the family in a roundabout way. It’s changed dramatically over the years. When he first started out, he was growing sweet potatoes, peas, and other little things. In 1958 he start growing green onions and there was a big demand for them.”

Sease continued to tend to his father’s farm when he took ownership in 1978. Green onions continued to be the main crop,  planted on 100 acres.

In 2004, Sease and his wife Shirley decided to change things up. Shirley Sease had always dreamed of going into the retail business, so they opened “The Farmers Shed.” It started as a roadside retail market selling flowers and pots and eventually changed into a restaurant.

“I didn’t think it was a good idea from the start, but she was bound and determined to do the restaurant,” Sease said. “It actually drew enough attention to where it was on ‘Diners, Drive-In’s, and Dives.’ Business was booming and it was doing really well.”

One day, a group came by and said they’d like to bring their tour group through to the restaurant for dinner. The next day, three busloads of people piled into the Sease’s restaurant. The people were with the North American Farmers Direct Marketing Association, (NAFDMA), and they were traveling through South Carolina to a convention in Charlotte.

While talking to members of the group, the Sease’s became interested in NAFDMA. The association partners with entrepreneurial farm families to invite customers to visit farms and experience the food and fun created to sustain the farms.  One of the ways they invite people to their farms were with corn mazes.

“My wife and sister-in-law took off to Charlotte to see what they were all about,” Sease said. “That’s where they found out about the corn maze. My daughter said ‘We’re going to have a corn maze this fall’ so June of that year we started building this place and we opened that fall, 15 years ago. We evolved into a corn maze by accident.”

Clinton Sease wasn’t entirely on board with the idea, but came around eventually.

“I thought they were crazy. That’s exactly what I thought.”

Clinton Sease Farm partners with Maize Quest, a Pennsylvania business that works with farmers around the country to create custom corn mazes filled with mini-games and attractions. Maize Quest sends its employees around the country to the partnered farms and cuts the maze into a themed pattern using a GPS system on their tractors. It wasn’t always that easy for Sease however.

“The first few years we did it the old-fashion way. We used two tape measures and laid it out in squares like on a piece of graph paper. Then I had to go out there and line it off with twine and had the map in my hand. Then I’d go back and cut it with the lawn mower. It would take me two weeks to do that and it was in August, so it was very hot. It only takes them four to five hours to cut it now. Now, all I have to do is plant and grow it.”

“People ask me all the time how I cut it and I tell them aliens come in and do it at night,” Sease chuckled.

“This year’s maze is the most sophisticated one we’ve ever had,” Sease said. “I like for my maze to be tougher. I don’t want a walk-through. A lot of places are a walk through, but mine is a challenge. Truthfully, if you make the correct turns you can be out in 10 minutes.” 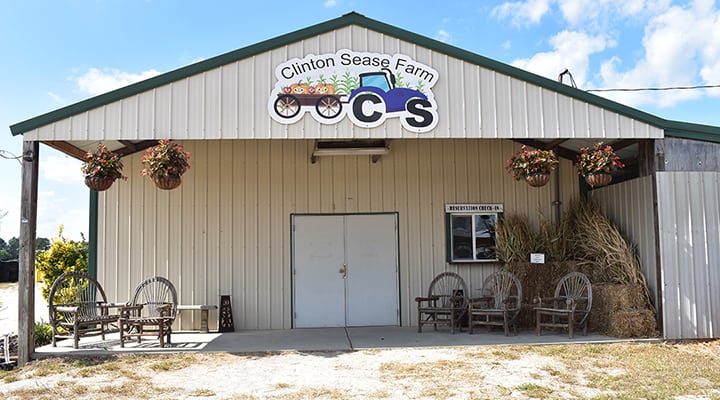 Visitors to the Clinton Sease Farm can wander through a complicated corn maze and play. Admission is $14 with children age 3  and under free. 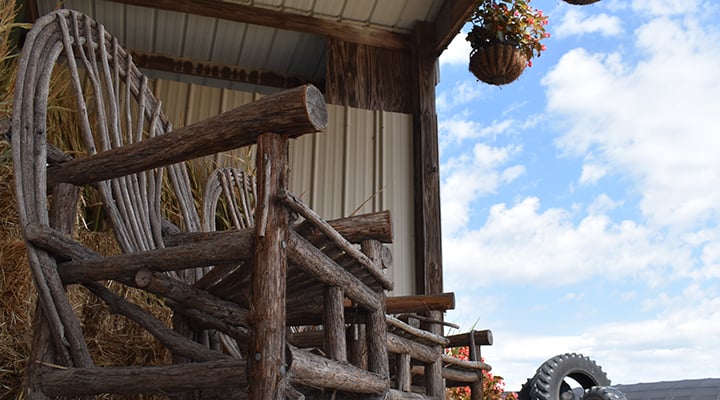 Clinton Sease Farm opened its annual corn maze in Lexington to visitors last weekend and will be open every weekend until Nov. 10. 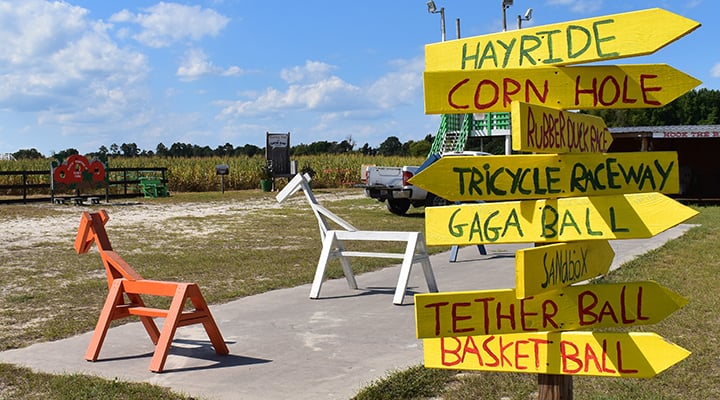 Families from around the Midlands come out to conquer the maze and spend time at the other attractions the farm has to offer. 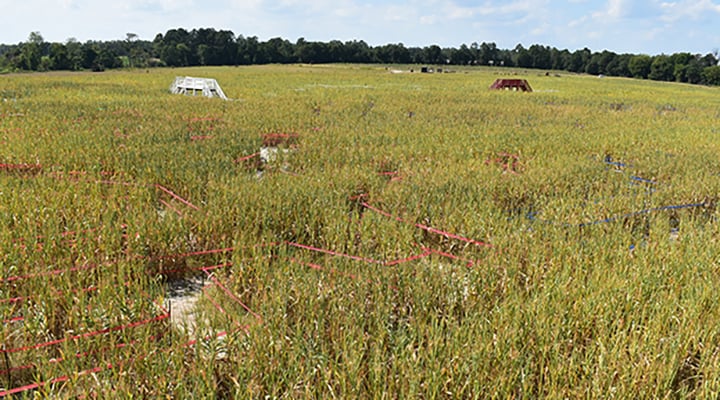 The corn maze takes up nearly nine acres of land with three miles of trail throughout the maze. 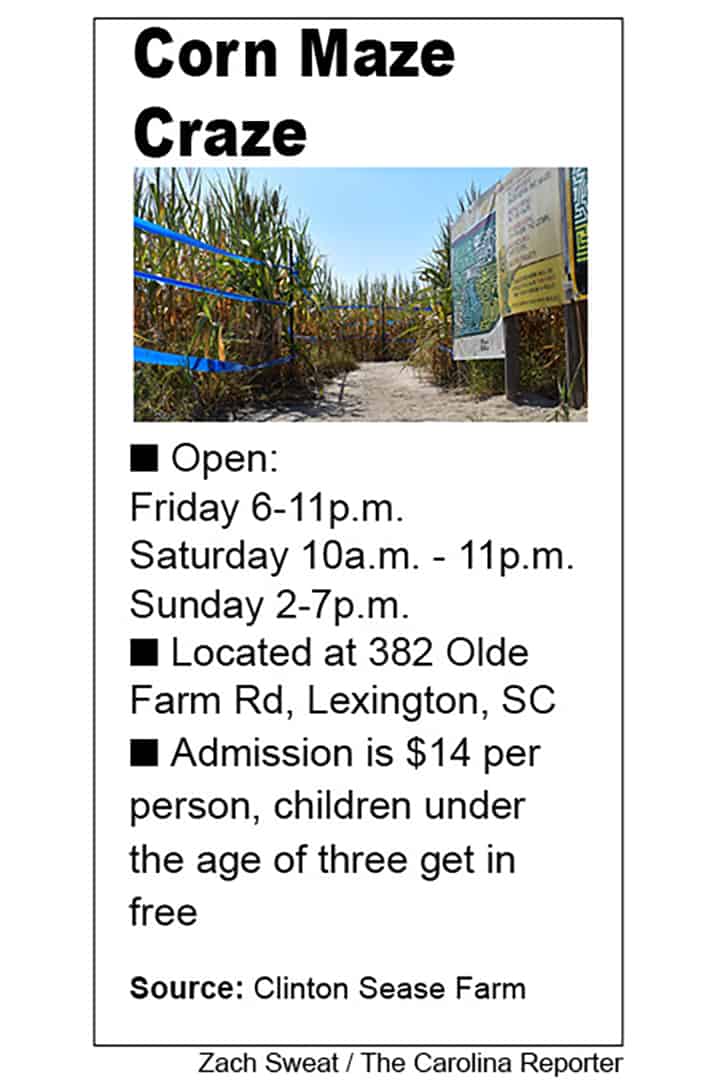