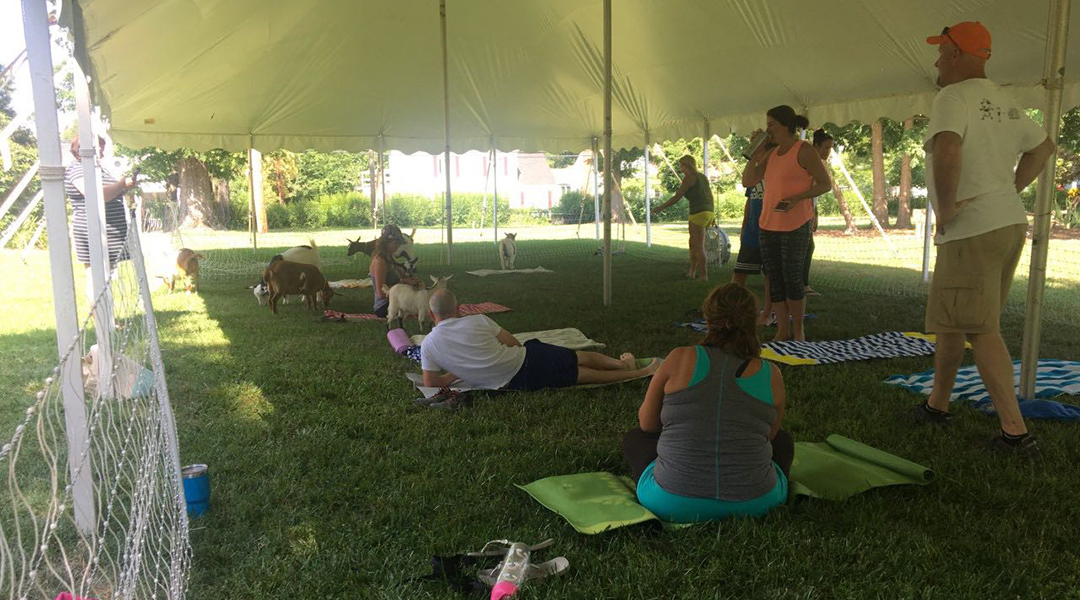 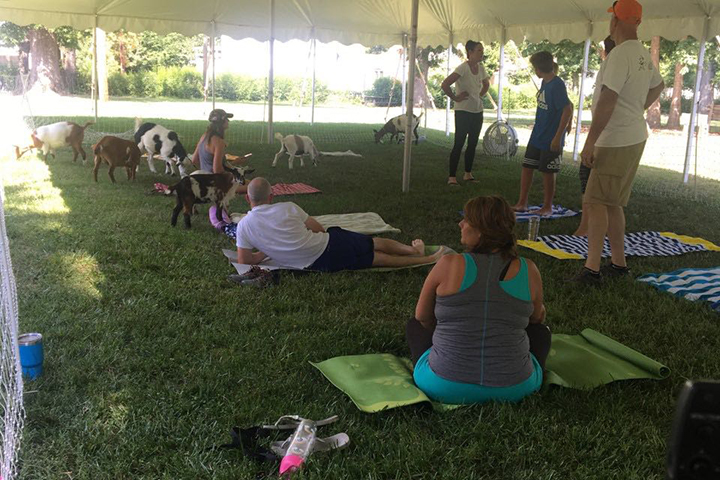 People have been practicing yoga for over 5,000 years. Yoga is known for its positive benefits on the mind and body. With so many styles of yoga appearing every year, it’s no surprise that animals, specifically goats, are making it into the exercise.

Two years ago, Teri Gustin and her husband, owners of Critter Creek Farm in Rock Hill South Carolina, were browsing the internet and came across the concept of goat yoga. Goat yoga is people doing yoga surrounded by goats which is intended to enhance the relaxation of the practice. The two were not aware of anyone in their area doing goat yoga and felt like their goats would be a great fit.

“We saw it and thought this is great because everyone always wants to come over and see the babies (goats),” said Teri Gustin. The Gustin’s goat yoga classes are held at Historic White Home in a group setting, and the goats roam, jump, and play with yogis as they move from pose to pose.

Gustin and her husband hired long time yoga instructor April Cannon to teach the fun exercise. Cannon said even though people just play with the goats and no one listens to her, she still enjoys the atmosphere.

“I do enjoy it because most of the people are beginners and it’s really a joy to see the body transform,” said Cannon.

First time yogi’s feel at ease during the exercise because the pressure is not on them. People are there to have a good time and play with the goats. Lia Rollman, new to goat yoga heard about the exercise last year but when she went to sign up, tickets were sold out. Rollman waited a full year to come but said it was worth the wait.

“It was super calming and at one point all you heard was the little baaa’s in the background. They were so cute; it was a great, great experience,” said Rollman.

Critter Creek Farm will continue doing goat yoga classes throughout the summer. The Gustin’s plan on starting a new activity with their goats next month; painting with goats.