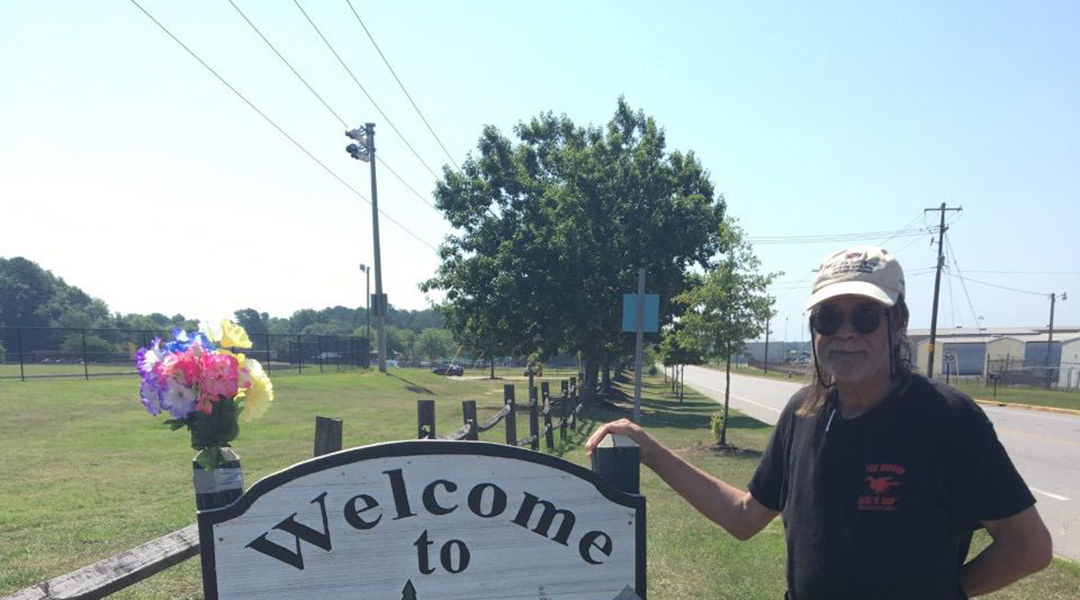 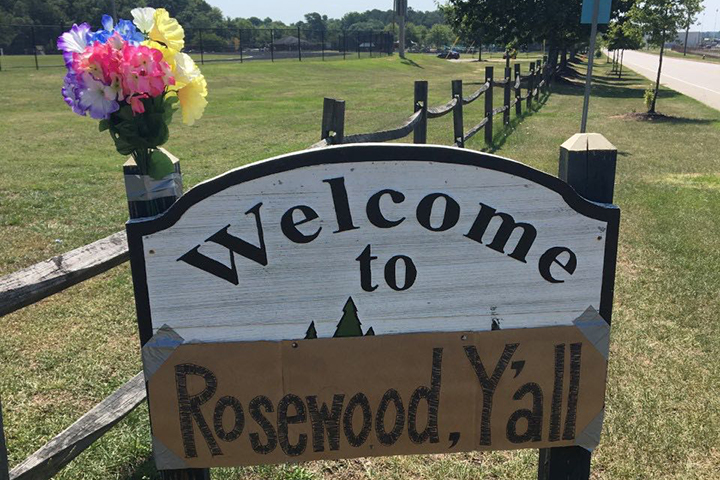 The Rosewood Rangers fixed the broken sign with cardboard and duct tape. They added the word “y’all” to both give it personality and make it Southern.

A group of resident volunteers in the Rosewood neighborhood has fixed a “Welcome to Rosewood” sign that has been broken for about two years.

They call themselves Rosewood Rangers and do things like pick up debris from the streets, clean storm drains and  similar things  to keep their neighborhood looking good. The group was formed when Gary Dowdey posted on Facebook that a drain pipe near his house needed to be cleaned out. Fellow Rosewood resident Tim Malson showed up, and the Rosewood Rangers were founded.

“We do the things that the city can’t get around to doing. We’ll go ahead and try to tackle it ourselves,” said Dowdey.

The sign, located across from the Hunter Gatherer Brewery at Curtiss-Wright Hangar and City Roots Urban Farm, they fixed was made by the Rosewood Community Council, but the Rangers figured they could give it a temporary fix until either the missing piece is found or the sign can be replaced.

The Rosewood Rangers’ next big project is clearing out an area called the Devil’s Ditch. The area is just north of Columbia’s Owens Airport and streams storm water out of Shandon neighborhood.

Residents are wary that the overgrowth is becoming a flood hazard. Dowdey has said that after checking out the area, the Rangers will most likely need help from the City of Columbia.