Halloween: the time for tricks, treats, and appropriation? 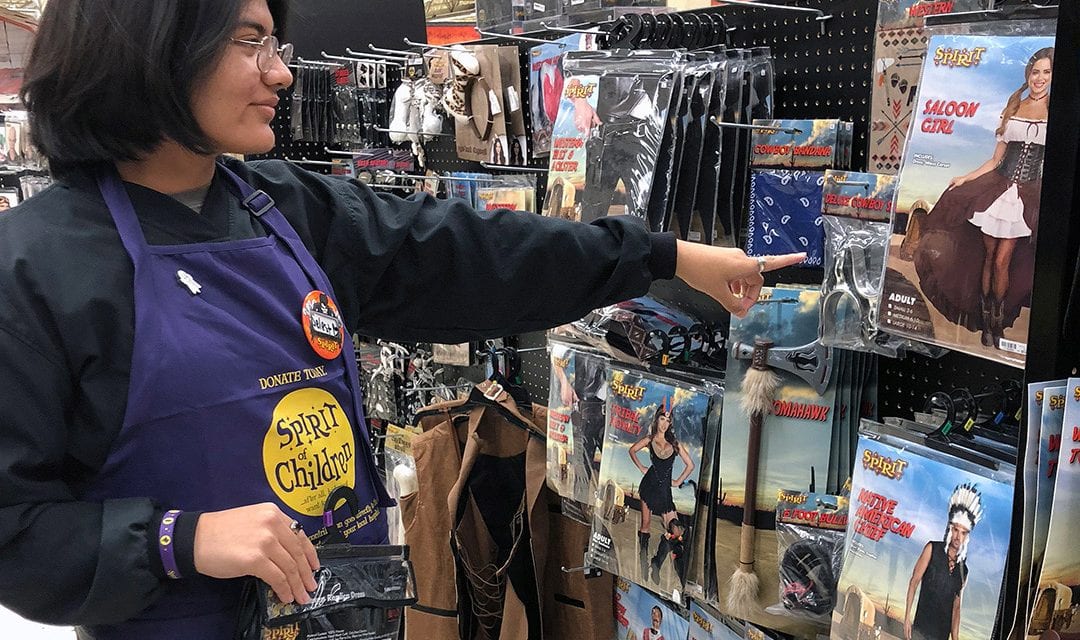 Selest Rosales, an employee at Spirit Halloween on Harbison Blvd said seeing a section filled with Native American wear “is hurtful and offensive” being Native American herself.

A culture anthropologist at the University of South Carolina said she wishes Halloween would go back to its roots – as a spooky holiday for trick-or-treating children dressed as ghosts and goblins.

“Be scary, be creative, and give children candy,” said Courtney Lewis, an assistant professor of anthropology. “I just don’t think it’s necessary to have costumes that draw in racial stereotypes.”

Now Lewis laments that Halloween has turned into the ultimate adult celebration, with revelers stirring up controversies over costumes from Greek gods to native Americans to political figures.

The misappropriation of traditional garments as costumes has been a rising debate in recent years. The concept of culture assumption is brought up in dispute of most costumes, including most recently the controversial “blackface” comments made by NBC television personality Megyn Kelly.

One example of culture appropriation Lewis said is misidentifying the origin of a tradition or wear.

Lewis, a a member of the Cherokee nation, defines culture appropriation as generalizing a group of people. Lewis said it has a lot to do with erasing and essentializing a culture.

“It is easy to wear a costume and not have any accountability behind it,” Lewis said.

The Native American garments and head pieces vastly sold in Halloween stores is an example of culture appropriation. The costumes include patters, feathers, and dresses that are traditionally worn.

Selest Rosales, an employee at Spirit Halloween, a costume store in Irmo, said she often directs people to what she calls the “culture” section, but she isn’t pleased about it.

“Being a native American myself, it is offensive,” Rosales said. “When I see someone joke around and put on a headpiece and are not in a native nation and not know the significance about it, is hurtful.”

Lewis, the anthropologist, believes that culture appropriation stems from the lack of education people have about cultures and traditions. She said people are just unaware of the importance behind these clothes and garments.

“If I asked my students to give me a definition of American culture, I doubt any of them would actually come up with the same definition,” Lewis said.

With the lack of knowledge behind certain cultures, Lewis said it is easy for the importance behind these traditions to vanish.

“In order to erase the meaning of something, you have to have the power to do that,” Lewis said.

Culture can be seen as a moving target, Lewis depicts the idea of appropriating something as plagiarism, thus leading to essentializations and stereotypes.

“When we are buying products that are ‘made up’ it can cause economic and human rights violations,” Lewis said. “When we stereotype people we dehumanize them.”

Although people are unaware of the repercussions, Lewis said culture assumptions can cause greater problems. Culture appropriating Native American women can contribute to the issues this population has to deal with on a daily basis. One in three native women is sexually assaulted and 80% of those will be done by a non-native man.

“If this is done on a reservation, they cannot prosecute,” Lewis said. “Native women are targeted… so if we have things like ‘Pocah-hot-ness’ costumes, it contributing to the overall issue of sexual assaults in Indian countries.”

Recently, the Violence Against Women Act has been passed allowing some Native nations to prosecute some non-native individuals. However, it is coming up for renewal in December, “so it could be completely gone,” Lewis said.

Along with human rights violations, wearing an “American Indian” costume erases the political status this population.

“By asserting that there is one American Indian, you are asserting that it is one race,” Lewis said. “If you erase political status, then termination efforts start.”

When asked how to avoid offending someone and their culture, Lewis referred to the three S’s:  Source, Significance, and Similarity. 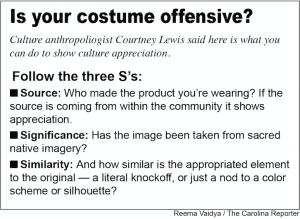 Going back to the source of what you’re wearing is important. “Has the source community either tacitly or directly invited you to share this particular bit of its culture, and does the community as a whole have a history of harmful exploitation?” said Lewis.

These questions are important for people to ask themselves if while choosing a Halloween costume. Is the garment you’re wearing an everyday item or is it a sacred artifact and how similar is the item to the original?

Along with culture costumes, political costumes – face masks of President Trump or former President Barack Obama – can also stir up controversy. While some may think the political figure masks are offensive, shoppers Layne Garnder and Isabella Sodano described wearing them as “harmless fun.”

“We have to go back – does it erase or essentialize?” Lewis said. “It goes with a very public figure – again we are not erasing something so this, to me, falls into a political statement.”

Some people may be in support of the political figure they’re dressing up as or against it. “It takes a stance,” Lewis said.

Alifia Shareef, a senior at the University of South Carolina believes, that political costumes are very different from culture costumes. She believes politics have become almost a mockery among people in her generation.

“I think our generation is politically apathetic and they want to bring light to the situation,” Shareef said. “I think it’s more or less ok because they’re seen as public figures.”

Halloween is her favorite holiday, and Lewis said she hopes people go back to what Halloween was truly about.

“On Halloween you can dress up as anything you want,” Lewis said. “Halloween is such a creative time and I think if you want to dress up as tropes or stereotypes you just are not being original.” 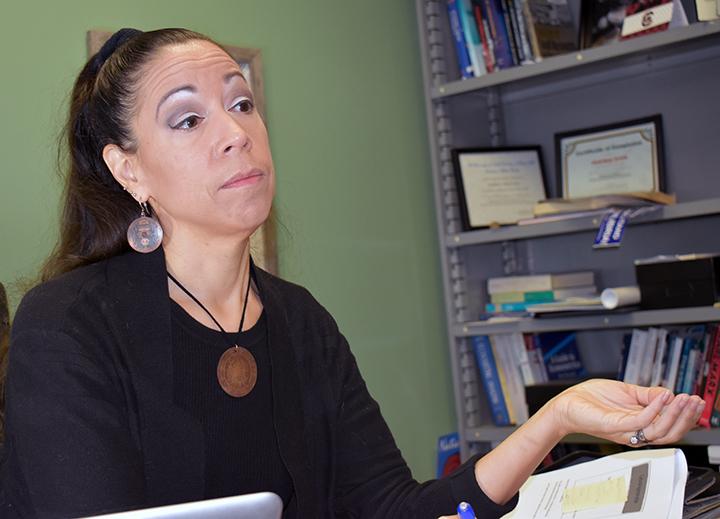 Courtney Lewis, a cultural anthropologist at the University of South Carolina, says Halloween costumes can be offensive to other cultures if they attempt to generalize or diminish a people. 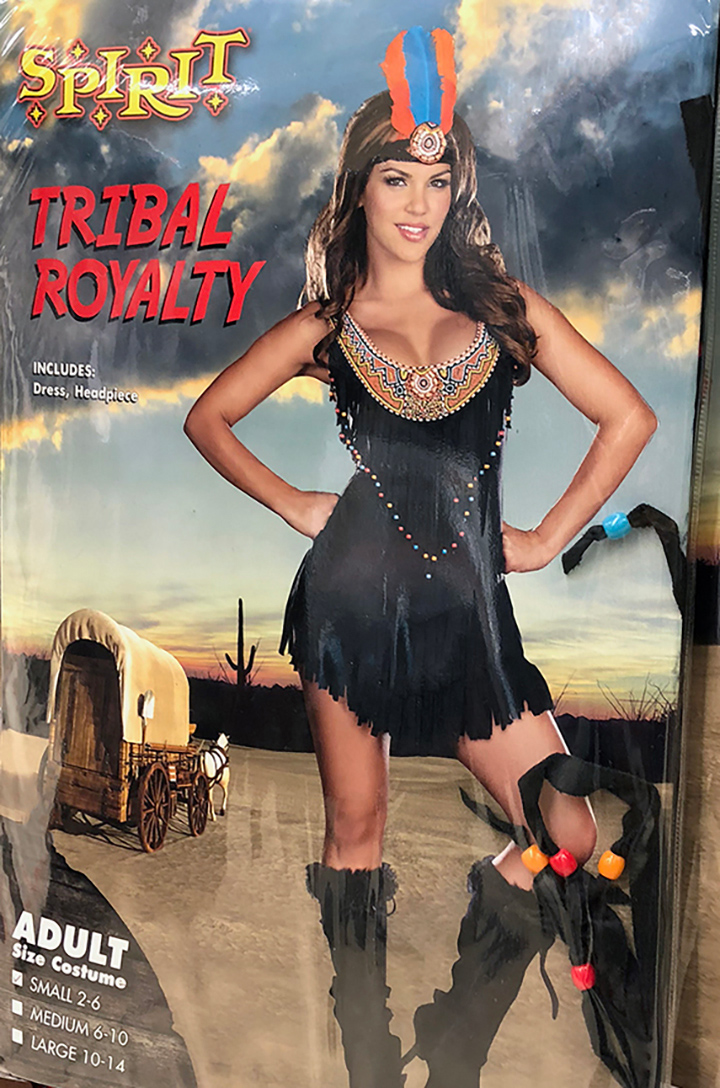 Many Halloween stores have sections dedicated to “culture costumes.” At Spirit Halloween on Harbison Blvd in Irmo, there is a section where shoppers can find Native American headpieces, attire and masks. 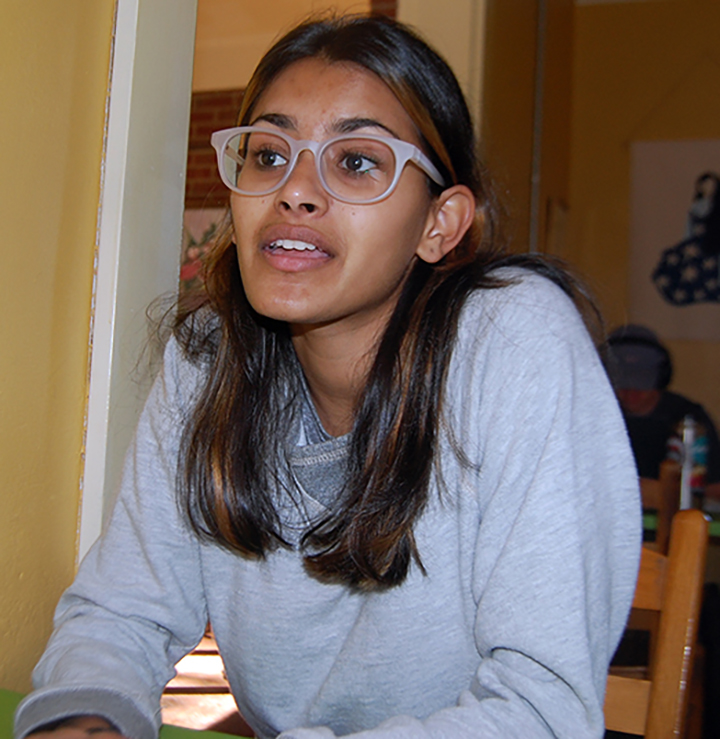 Alifia Shareef, a senior at the University of South Carolina, said she thinks many people are just unaware of their decisions regarding Halloween costumes. “I think it’s them trying to be funny…the problem comes with people not knowing the history or meaning behind it,” Shareef said. 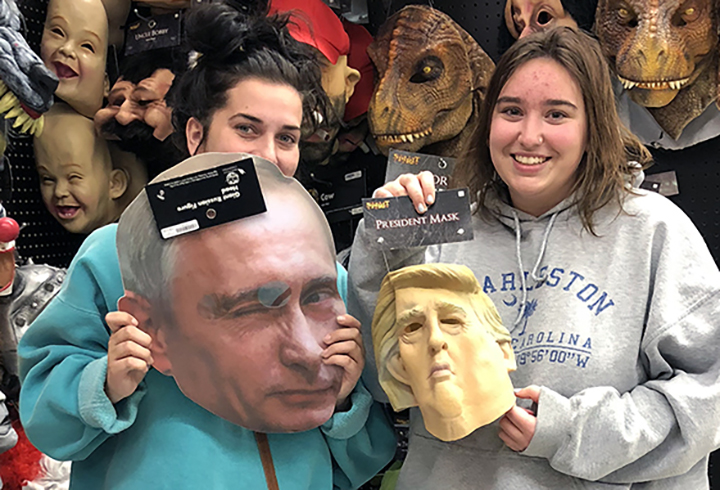 Shoppers Layne Gardner and Isabella Sodana said political costumes are “harmless and light-hearted fun,” while picking out what to wear this Halloween.