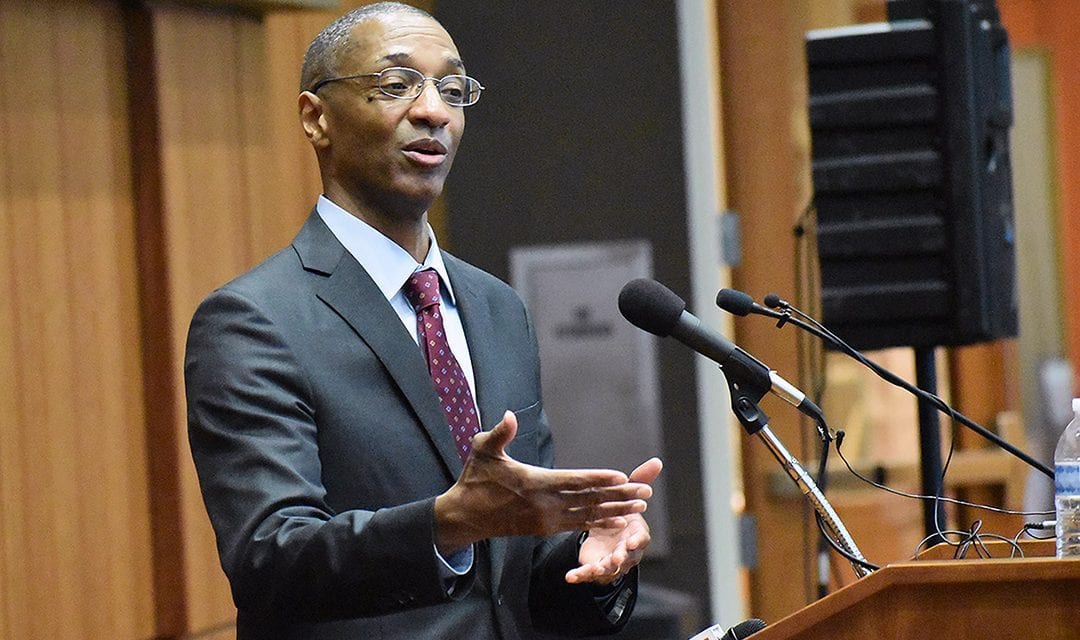 One question has dominated campus discussions since the names of four candidates for the University of South Carolina presidency were announced on April 17:  How will the next president commit to making USC a more diverse and inclusive institution?

William Tate, the vice president of graduate education at Washington University in St. Louis, attempted to answer that question Tuesday as he met with faculty and students.

And he emphasized: “That’s a hard job, but I think that’s the job of the president.”

Tate is the only person of color in the all-male group of finalists for the position.

He fielded questions from about a dozen students during an hour-long forum Tuesday afternoon, including inquiries about K-12 education in South Carolina, undergraduate research opportunities and sustainability on campus.

Tate is the second of the four finalists to meet with students and faculty, but students said the easy atmosphere Tate created during the forum set him apart as a people’s candidate for the presidential search.

“I think that the candidate was extremely qualified, but was also very approachable,” Lyric Swinton, a 21-year-old junior at USC, said. “It’s clear that he’s done his research on our institution and that he’s very respectful of our traditions, but he also has some ideas of his own.”

On Monday, Joseph Walsh, vice president of research at Northwestern University, met with students and faculty. Swinton, who attended both forums, said Tate’s approachability sets him apart from Walsh.

“I feel like yesterday, the candidate [Walsh] was very qualified, but kind of rested on those qualifications. The approachability really wasn’t there, in my opinion,” Swinton said.

Tate, who serves at the dean of the graduate school at Washington University in St. Louis and has a litany of research and teaching roles under his belt, relied heavily on his background in mathematics and public health to explain how he would approach the role of president.

Tate said he is interested in generating more funding opportunities for graduates students, but said that would mean smaller admittance numbers for graduate programs that receive research funding.

He also emphasized his love of athletics and said his time spent as a track and basketball coach informed his leadership style.

“I’m pretty much a relationship guy… I really believe in mentoring and being a part of the lives of students,” Tate said.

“Nobody will ever replace him. He is viewed as one of the very best presidents, potentially in the history of American higher education,” Tate said.

Tate said he wouldn’t try to copy Pastides’ leadership style, but instead use his own background to connect and mentor Gamecocks. Tate also said he wants to be a proactive force on campus.

If Tate is selected, he will be the first non-white president of the university in its 218-year history.

The lack of female representation in the final candidates was noted by many students and alumni.

Lauryn Workman, a 19-year-old sophomore, held up a sign asking why 82 percent of the search committee, 100 percent of the 11 semifinalists for presidents and all four of the final four candidates are male.

“I do think the process should be looked at once more to see, what were the institutional and systemic issues that led to only four finalists, and all of them being male?” Workman said.

Although Workman wanted a more inclusive group of candidates, she said Tate is her current pick for president.

“I think someone who represents more than just the status quo of what this presidency has looked like can be important and would be beneficial to the students on this campus,” Workman said. 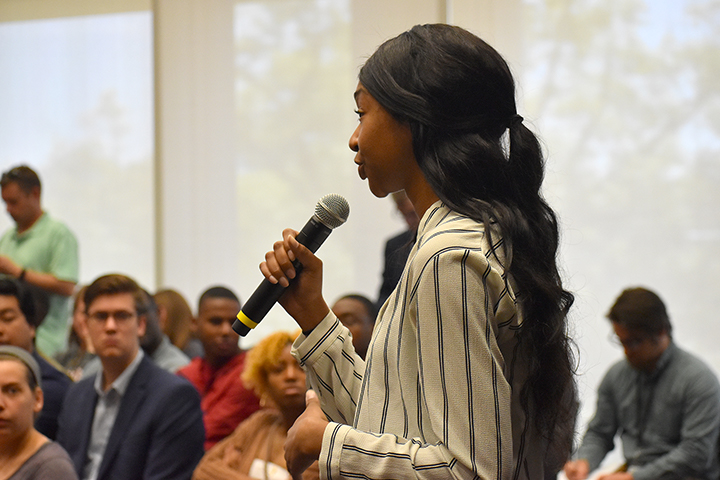 USC presidential candidate William Tate fielded questions from more than a dozen students at his forum Tuesday afternoon. Undergraduate research, diversity and inclusion, leadership style and mental health resources were among the topics students asked about. 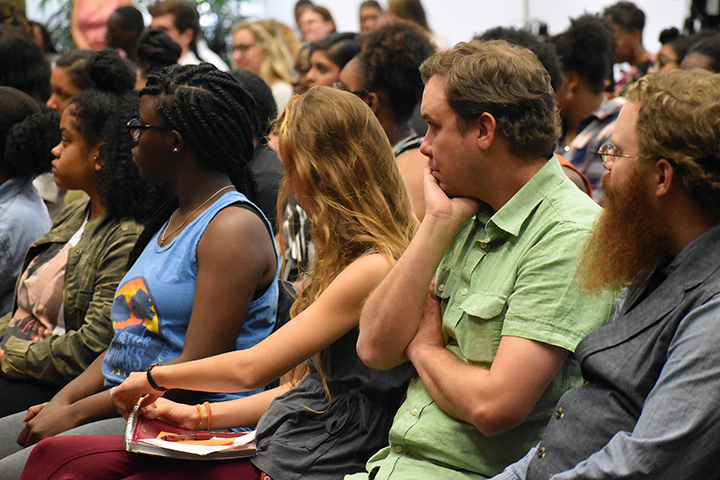 More than 100 students showed up to William Tate’s presidential candidacy forum Tuesday afternoon. Tate’s forum is the second of four, and the most attended thus far. 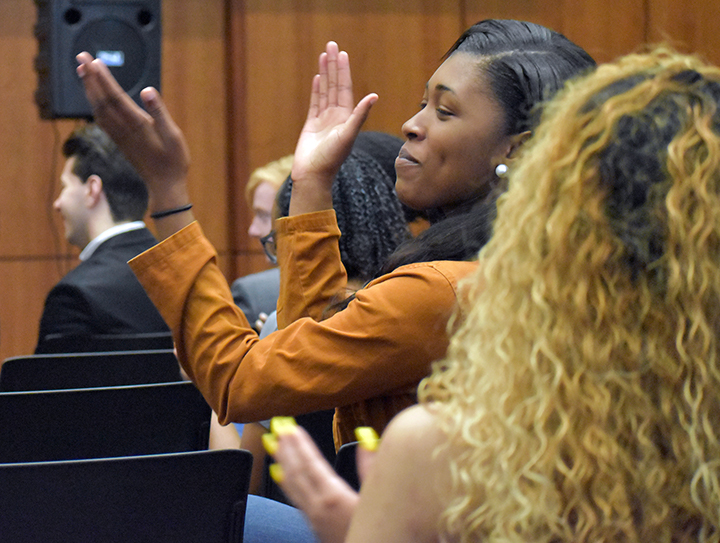 William Tate, one of four candidates for the presidency of USC, was lauded for his approachability at his student forum.