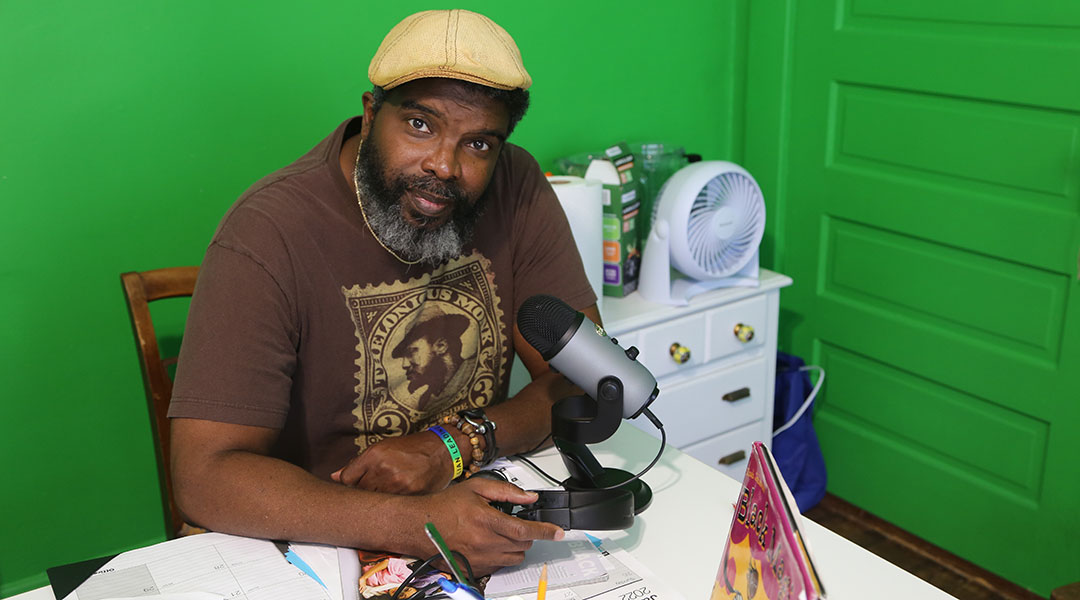 Friends say storyteller Darion McCloud transcends the ordinary by engaging in a range of artistic endeavors. Along the way he has changed the landscape of the arts community in Columbia. Photo by Hannah Litteer.

Besides working as a stage performer, McCloud is the founder and creative director of a theater company, a storyteller at the Richland Library, a children’s literature advocate, an arts activist and a podcast host.

“He’s one of the most interesting people I’ve ever met,” said H. Loretta Brown, a long-time friend of McCloud and a member of his theater company, NiA. “He’s always showing me other ways of thinking about things. He’s changed my perspective a lot.”

Born and raised in Columbia, McCloud knew he wanted to create art from an early age.

“My earliest memories are making drawings, making marks,” McCloud said. “I always loved a story. I was attracted to mythology, comics, speculative fiction, or just any good sort of folk literature – beyond the mundane things that were, you know, extraordinary.”

McCloud attended Fort Valley State College on a football scholarship before transferring to the University of South Carolina, where he studied fine arts and was a walk-on cornerback for the university’s football team.

After graduating with a bachelor’s degree in fine and studio arts in 1988 during a recession, McCloud bounced from odd job to odd job before landing a position at the Richland Library working in the children’s room.

“All of a sudden I just gobbled up children’s literature,” McCloud said. “I was reintroduced to all these books that I used to read growing up and I was looking at them with a critical eye as far as the literature, the art work and how they impacted children.”

Five weeks after getting the job at the library, McCloud started reading and telling stories in the children’s room and was an instantaneous hit.

One day when he was storytelling at a local school, McCloud was approached by a parent who asked him what theater he worked with. When he responded that he didn’t work with a theater, the parent said he should start acting and agreed to pass his name along to Trustus Theater in Columbia.

Shortly after, he got a call for an audition.

“I thought, this will be fun. It’ll be an experience,” McCloud said. “And I went down there and I got the part. And then the next thing you know, I got cast in another show. And then another show.”

Performing at the theater became a regular activity for McCloud. It was during an African American acting workshop at Trustus that performers decided to start their own theater group after their final showcase.

McCloud invited his friend, H. Loretta Brown, to the showcase and told her that the group of actors in it wanted to make a group to support and create opportunities for Black actors in the community – and he wanted her to be part of it.

So, Brown went home and drafted a name for the group – NiA Theater Company. NiA is a Swahili word for the fifth day of Kwanzaa meaning “purpose.” The company will turn 25 next year.

“We try to apply our purposes to make the world a little bit better using arts and theater,” McCloud said.

Brown and McCloud first met when she was working for an insurance agency, but became fast friends when she was doing volunteer work with Project Literacy at the Richland Library and he was doing storytelling for the children’s room.

Heather McCue, the children and teen services manager at the Richland Library and company manager of NiA, said McCloud has been instrumental in creating spaces in the community for residents to discover their artistic expression.

“He finds people, he celebrates people, he gives people these opportunities they would not have had through more traditional theatre companies,” McCue said. “It’s huge for somebody to see you to really see you, to create opportunities, support you and celebrate you.”

Brown said that McCloud’s character and who he is as a person contributed to the success he has today.

“He’s somebody who would give you the shirt off of his back – he is that kind of person,” she said. “Fiercely devoted to people that he loves. He’s got a mouth like a sailor but a heart of gold.” 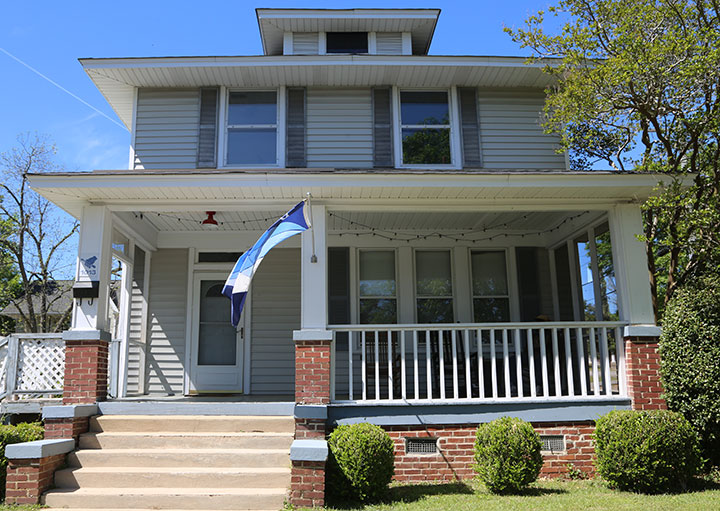 NiA puts on community performances, creates shows, hosts events and other artistic activities at its headquarters on 1030 Duke Ave. in Columbia. 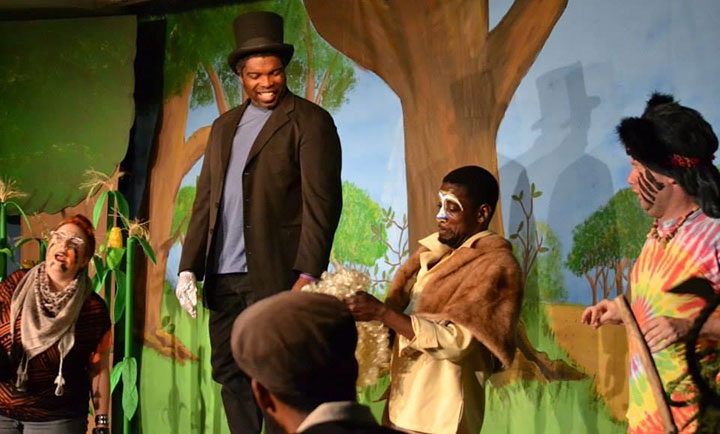 Darion McCloud directed and starred as Amansi the Spider in NiA Theatre Company’s production of “Br’er Rabbit.”  He collaborated with Columbia Children’s Theatre in June of 2015. Photo courtesy of Darion McCloud. 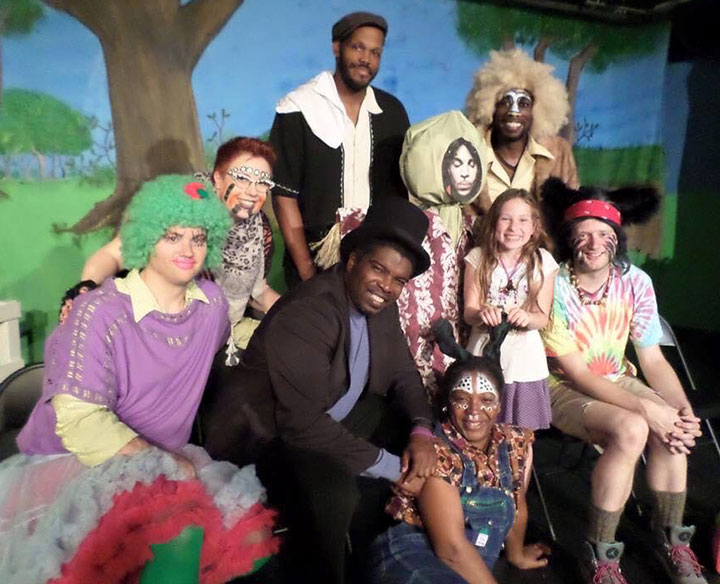 The cast of “Br’er Rabbit” after the show. Photo courtesy of Darion McCloud. 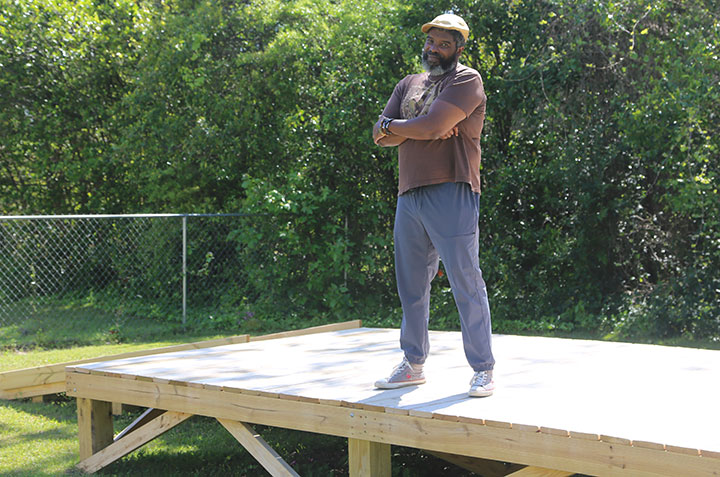 McCloud and other members of NiA Theatre Company perform for the community at their headquarters on Duke Avenue in Columbia. 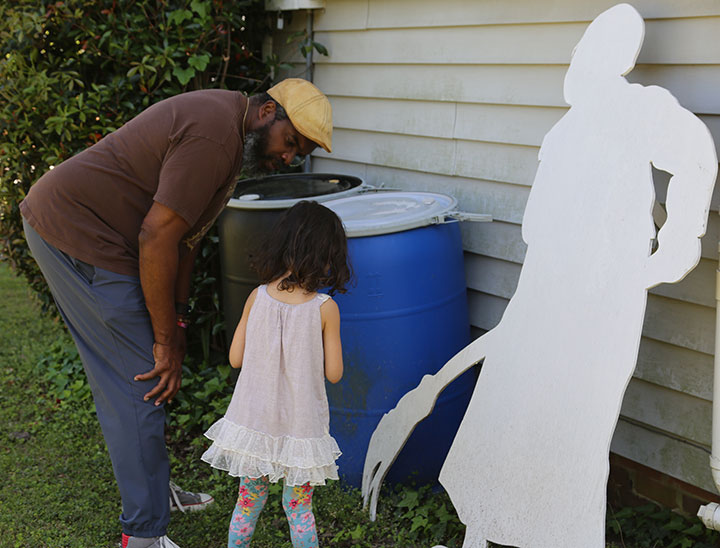 McCloud shows Margot Keeves some of the theater equipment at NiA Theatre Company. Margot was visiting with her mom Nikki Keeves. 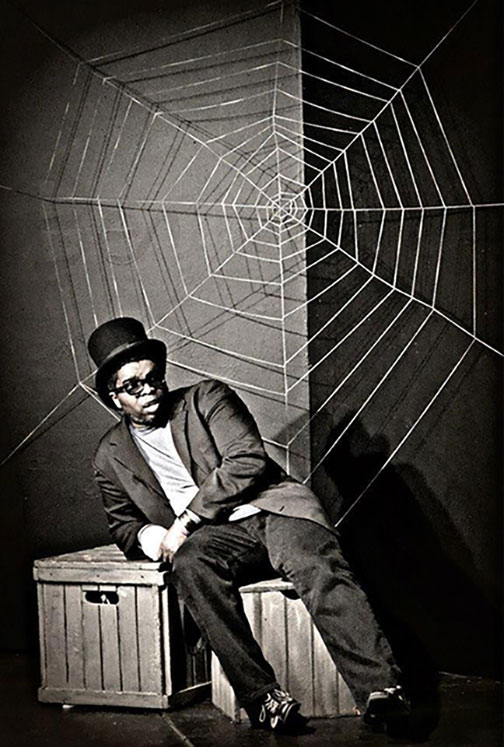 Amansi the Spider, McCloud’s role in “Br’er Rabbit,” was the storyteller in the show.