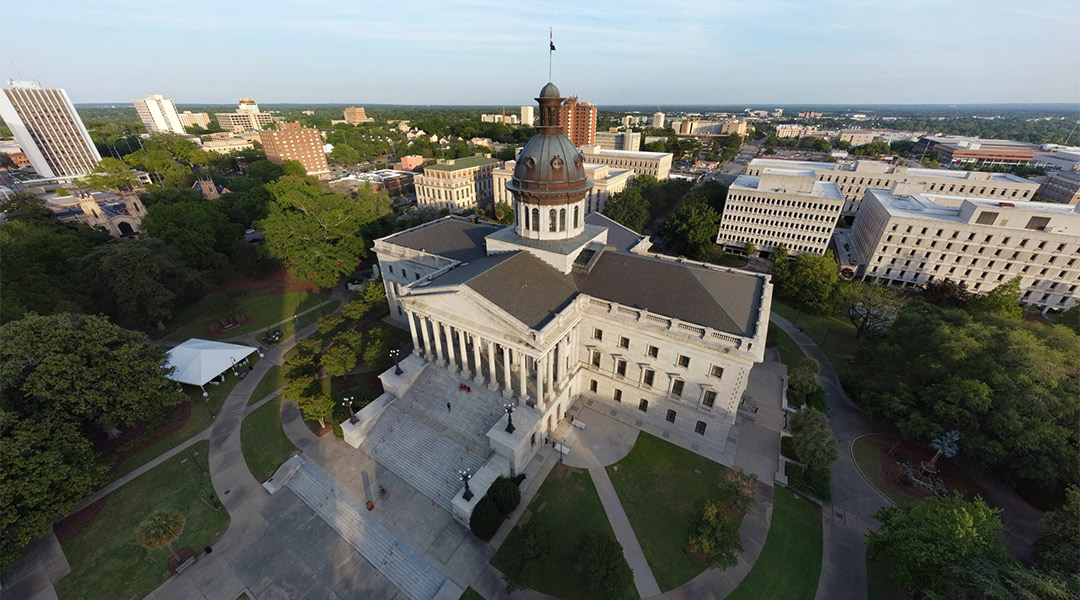 Lawmakers are discussing harsher penalties for crimes involving illegal guns in the wake of Saturday’s shooting at the Columbiana Centre mall that injured 15 people.  Photos by Abigail Brandon, Katherine Hartley and ETV.

The shooting at the Columbiana Centre mall that injured 15 on Saturday has reignited the debate on gun control at the State House.

Several lawmakers reacted with strategies on how to better prevent these kinds of tragedies from happening in the future.

Sen. Dick Harpootlian, D-Richland, spoke in front of the state Senate where he suggested harsher penalties for those carrying guns illegally. He said those carrying a firearm in public illegally should face a minimum of one year in prison and a maximum of five years for the offense.

The suspects arrested in connection with Saturday’s shooting allegedly brought guns into an area where they are prohibited, resulting in the injuring of 15 innocent bystanders, according to police.

Rep. Chip Huggins, R-Richland, believes that while the shooting was tragic, there isn’t much that can be done to prevent similar tragedies aside from dissuading people from illegally carrying guns.

“If the law had been lived by on Saturday this would have never occurred,” said Huggins. He said that making penalties harsher for those who break the law would prevent similar incidents from happening by setting an example.

According to Columbia police, Jewayne Price, 22, Marquise Robinson, 20, and Amari Sincere-Jamal Smith, 21, opened fire in the mall near the Gap store about 2:30 p.m. Saturday following a dispute over the 2018 shooting death of Amon Rice. Price turned himself immediately after the incident that drove hundreds of Easter weekend shoppers scrambling for the exits. Robinson was arrested on Monday and Smith turned himself in to police on Thursday. All are being held without bond.

Rep. Jermaine Johnson, D-Richland, believes that common sense gun legislation should be passed. He thinks that gun owners should be required to store their guns properly and report it to the police if one of their guns is stolen.

“[These measures] could have helped. Criminals are going to do criminal things, but it could help deter,” said Johnson.

He also plans on promoting community led initiatives to keep young people out of crime. He said he will lead two community forums, one for mothers and one for fathers, to discuss what parents can do to deter gun violence.

All three lawmakers agree that increased penalties will help deter these crimes from happening in the future.

Some Republican lawmakers are unwilling to enact any gun reform legislation which they view as a threat to the Second Amendment.

“If they’re going to steal the gun and steal the weapon, then you can’t put a law in place that would prevent that other than throwing the book at them,” said Huggins, stressing the importance of following the law. “If you start talking about doing something like [passing restrictive gun legislation] you’re going to face serious opposition.”

Harpootlian said he doesn’t want to take gun rights away from law-abiding citizens, just increase punishment for those who have guns illegally.

“Those guys have no idea what they did in terms of fearmongering and the revenue lost by that mall and I’m eternally grateful that no one died,” said Huggins. 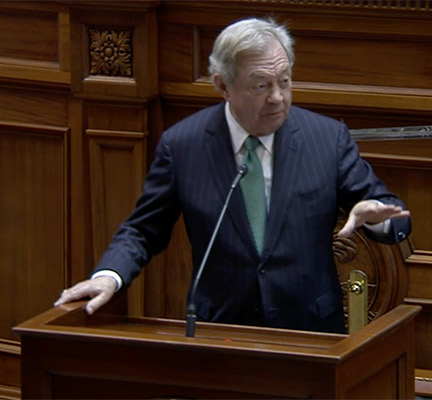