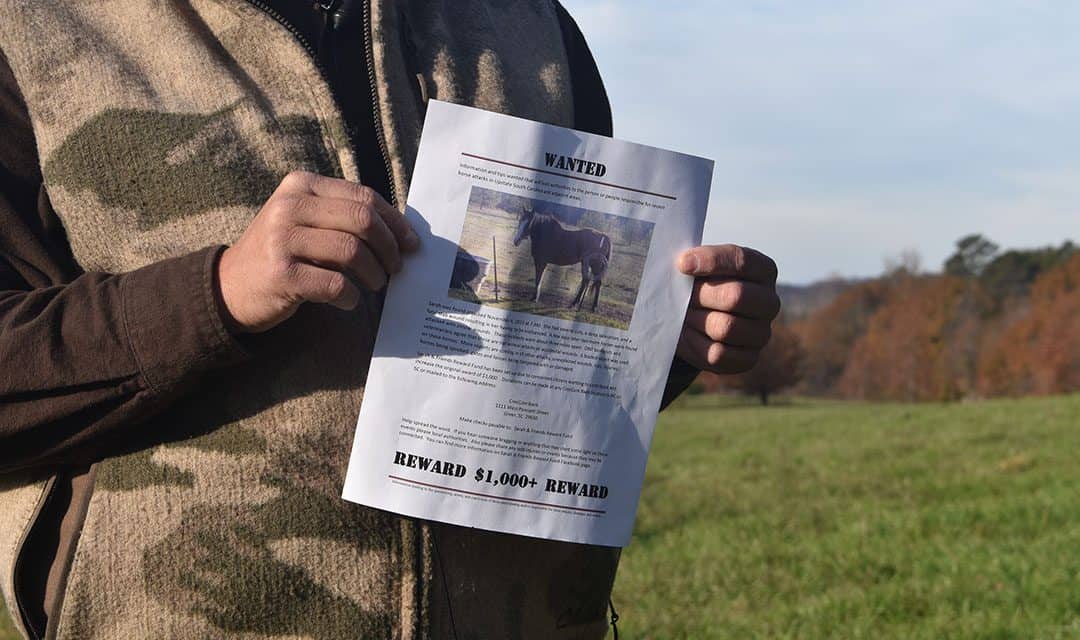 Spartanburg local Craig Howell is offering a reward for any information that can aid law enforcement in finding the suspect.

Over the course of the past few weeks in the Carolinas, there have been at least five separate horse attacks. Four were apparently stabbed or slashed, and another was shot, according to police.

The incidents in Greenville, Polk and Spartanburg counties still have alarmed local law enforcement, who have yet to identify a suspect. The South Carolina Attorney General has asked the South Carolina Law Enforcement Division, or SLED, to join in the investigation.

Craig Howell, who owned one of the five horses, discovered his severely injured horse on Nov. 4. His wife was the first to find Sarah, their horse of 22 years, with three bloody wounds including a fatal stab to her lungs. He said he was unable to watch Sarah suffer and had to euthanize her.

Howell believes that given the location and consistency of the injuries on the horse, a person was responsible rather than another animal. However, authorities have not ruled anything out at this point.

“Growing up on a farm, being around livestock and seeing livestock that animals have gotten a hold of, dogs and coyotes, I knew right off front this is something that ain’t right,” he said.

Howell had already set up cameras on his property, but for extra safety measures going forward, he plans on redoing the family’s entire fence and adding fencing to areas where they don’t have it already. Though there is increased worry, he appreciates that he has a good group of neighbors that look out for one another.

Police from Greenville, Polk and Spartanburg counties, local veterinarians and the South Carolina Department of Natural Resources, or SCDNR, are assisting SLED on the case. SLED Public Information Officer Tom Crosby said that the Attorney General’s office asked the agency to join the case to provide any assistance that the municipalities may need.

“We can bring those additional resources together and work in tandem with those individual counties along with other state agencies, in this case the Department of Natural Resources, to kind of pull everything together and work together as a team to investigate these incidences,” Crosby said.

Crosby explained that SLED is considering whether there is a commonality between the attacks, if they are separate cases or not and what the cause or causes may be. The investigation remains ongoing.

Howell has shared his story on social media and is offering a $1,000 reward for information that could lead to finding who or what is responsible. He has created the Sarah & Friends Reward Fund to accept any donations that could help increase the reward amount.

If you would like to donate, you can reach out through the fund’s Facebook page or write a check. Checks should be addressed to Sarah & Friends Reward Fund and can be mailed or dropped off at any CresCom Bank location in North or South Carolina. 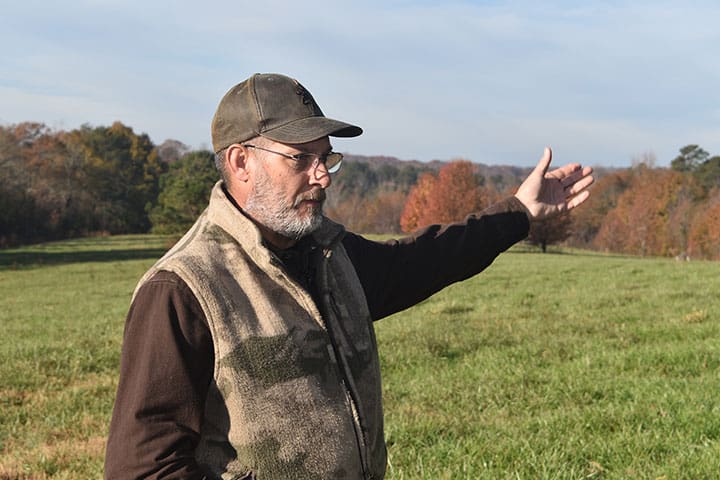 Howell said that there were only two horses in his pasture when one was attacked. The other horse has since been relocated. 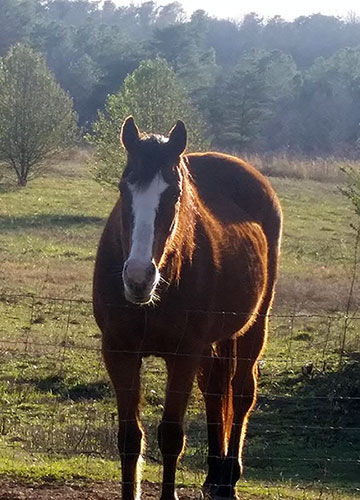 Howell’s horse, Sarah, had been with his family for 22 years. 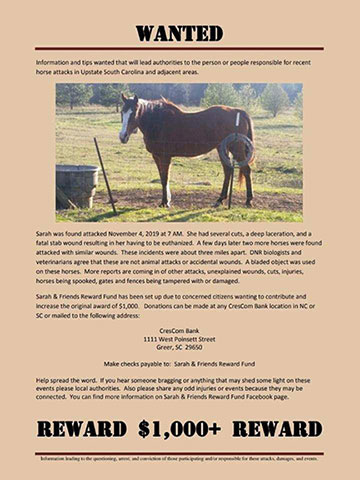 Howell has spread the word about the attack through social media and is offering a $1,000 reward for helpful information regarding the case. 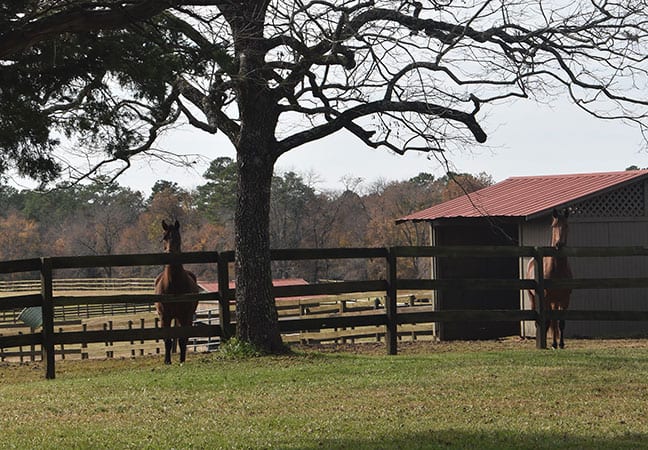 According to the most recent Equine Census in 2004, about 84,000 horses live in South Carolina.