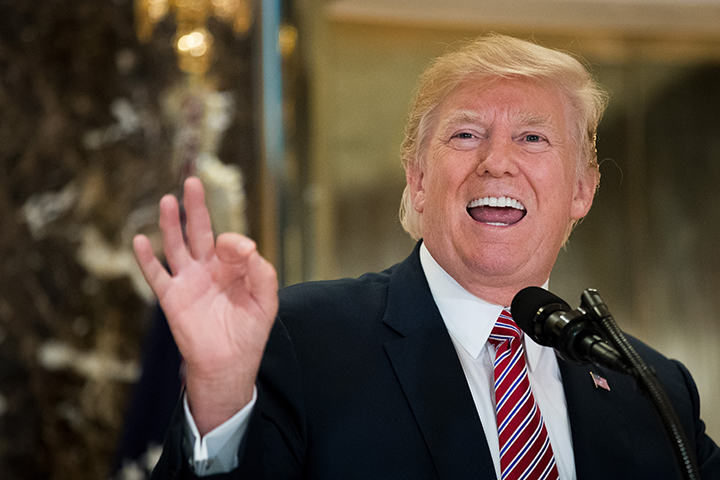 President Trump declared a national emergency Friday in an effort to secure funds for border security. Trump signed legislation as a compromise to avert another government shutdown.

Under this action, federal funds already allocated will be repurposed to support Trump’s efforts. But almost immediately some Democrats and Republicans were opposed to the idea.

“If Trump takes money from defense, that could impact, say, Fort Jackson. There, all of a sudden, wouldn’t be as much money allocated to the training at Fort Jackson as was originally promised,” Randazzo said.

South Carolina currently has an above average military presence with eight active military installations, four of which are located in the Midlands. South Carolina’s military also has a large economic impact, representing 8.4 percent of the economy and generating $24.1 billion, according to the South Carolina Department of Commerce.

Under the national emergency, funds set aside for disaster relief would also be redirected. Within the past four years, South Carolina has been hit with natural disasters whose effects can still be seen throughout the state.

“Individuals that were relying on those funds to kind of rebuild their homes and get back on their feet now could have nothing available to them. And then any future natural disasters may not have nearly as much money available to combat those,” Randazzo said.

Historically, national emergencies have been constituted on the basis of war, armed conflict or natural disasters.

Trump is aiming to raise more than $6 billion in federal funds on top of the $1.375 billion Congress already set aside for the border wall, according to CNN.

The National Emergencies Act of 1976 states that by default, a national emergency lasts for one year. However, this can change if the president declares the emergency is over before the first year or a two-thirds majority vote in both houses of Congress.

Although Congress has passed policies granting presidents flexibility to deal with national emergencies, Randazzo is unsure that “a policy fight between the executive and legislative branches constitutes a national emergency.”

“There are a lot of individuals in Congress that will challenge this,” Randazzo said.

Members of Congress may adopt a resolution to block Trump’s declaration, resulting in several lawsuits to negate the possible fallout of his decision. 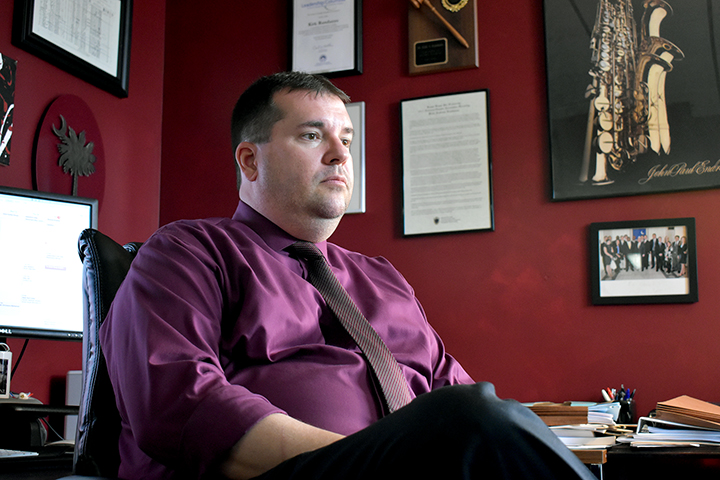 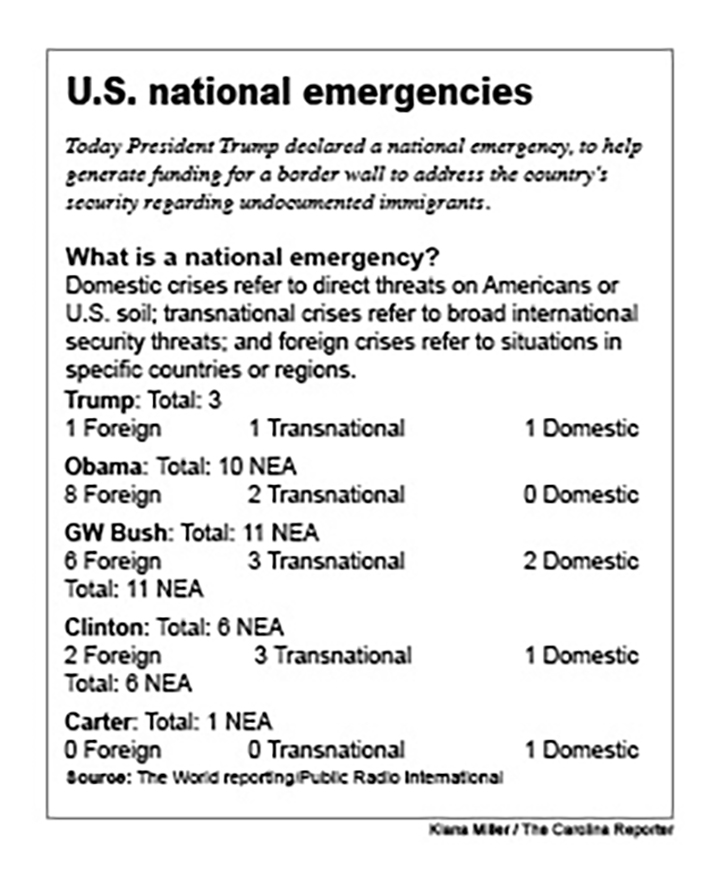