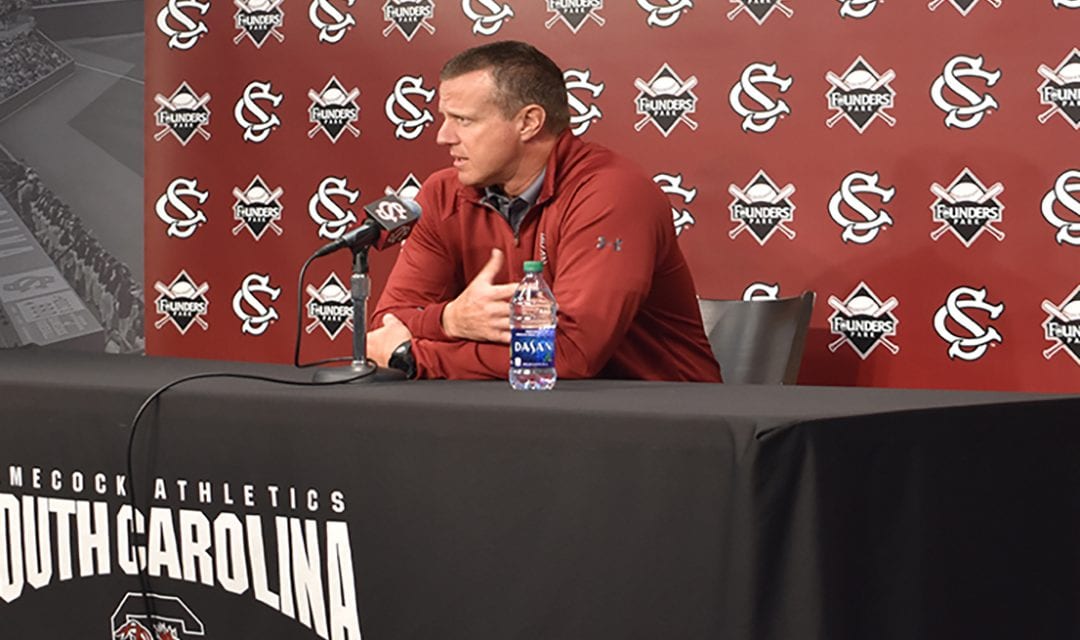 The South Carolina Gamecocks open their 127th  baseball season Friday at home with a three-game series against the Liberty University Flames. Game time is set for 4 p.m.

In the second year under coach Mark Kingston, the Gamecocks open the season unranked despite reaching the Super Regionals and falling one game short of Omaha to fellow SEC opponent Arkansas last year.

“There’s a special buzz in the ball park. Opening Day in baseball at every level is very special, and Founders Park definitely does it right,” Kingston said at a Thursday news conference.

Kingston is eager to see the strengths and weaknesses of this year’s team. The Gamecocks lost some key players from the 2018 team, including starting pitchers Adam Hill and Cody Morris and relief pitcher Eddy Demurias. The Gamecocks must also replace their top five hitters from last season.

There is plenty to be excited about this season despite the major turnover. South Carolina returns Preseason All-American second baseman Noah Campbell, the No. 10 Top Prospect for the 2020 Draft according to D1Baseball.com. The team also returns senior center fielder TJ Hopkins and senior Jacob Olson who will make the start at third base.

Sophomore Carmen Mlodzinski is set to take the mound for Friday’s opener.

“I feel pretty confident about it. I’ve put in some hard work this off season, so I feel good going in,” said Mlodzinski about his start.

The Gamecocks will start freshman Dylan Harley Saturday and junior college transfer Reid Morgan on Sunday for the series finale.

As for the Liberty Flames, Kingston made note of the Flames’ third-year head coach Scott Jackson.

“I know he runs an aggressive, well-coached outfit,” said Kingston. “It will be a good match up, there’s no doubt about it.”

Liberty finished last season 32-26 and return two key starters in Tyler Galazin, who finished with a .286 average last year, and junior Cam Locklear. They are expected to start freshman Andrew McInvale on the mound.

The Gamecocks hold a career record of 11-3 against Liberty, according to gamecocksonline.com, and have won their last three meetings against the Flames, but Kingston isn’t taking past wins for granted.

“There are no pushovers in D1 baseball anymore,” said Kingston. 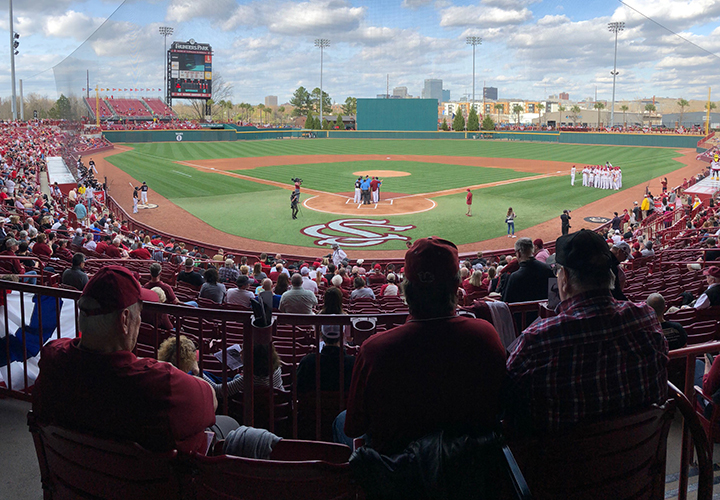 The Gamecocks look to beat Liberty in their season opener, after losing to Virginia Military Institute (VMI) in their first game last season.