Lack of diversity in presidential search results in student outcry

Dozens of students marched to the University of South Carolina Alumni Center Friday to protest lack of female representation among the top candidates for the USC presidency.

Update: Friday afternoon the Board of Trustees voted to reopen the search for the university’s next president. University of South Carolina Upstate Chancellor Brendan Kelly will serve as the interim president.

The University of South Carolina Board of Trustees met Friday for a final round of interviews with the four finalists for university president, but just a few blocks away protesting students gathered around the university’s Tree of Knowledge t0 protest the all-male slate.

“Women make up 53 percent of this campus. I believe that if women make up that great of a percentage they should be represented,” said Lauryn Workman, a sophomore student activist and chair of the Inclusion Equality Committee.

The protest was organized by organizations across campus including the Residence Hall Association, the Association for African American Students and student Senate, among others.

Workman believes that along with women, people of color and sexual orientations need to be represented. One of the four top candidates is African American.

“We are arguing that there is not enough diversity, period,” Workman said. “Everyone should be represented because everyone is on this campus and there are candidates who are qualified to do that.”

The students marched as a group to the Alumni Center where the board was meeting.

Another protest organization, the Gender Inequality in University of South Carolina’s Presidential Search, also emerged last week, with representatives attending the candidates’ public forums. They read a letter at each of the four forums addressing the lack of female candidates.

The group also organized a public petition stating; “If you are also outraged, frustrated, and disappointed with the lack of diversity in the candidates who will have the chance to impact USC for years to come, please sign this petition.”

The group is aiming to include women and minorities on future search committees and boards of trustees.

Gender Inequality founder Megan Rigabar believes that the students’ decision to speak out is tied to the respect they have for retiring USC President Harris Pastides.

“Pastides has been incredibly open and relatable to all the students. He has fostered a community that is willing to engage in these sorts of conversations and I think we’re seeing the fruits of his labors now that we feel able to speak out,” Rigabar said.

Rigabar is graduating in May and hopes that whoever is elected to the presidential position will work with the group in the future to make inclusion and representation a top priority on the campus.

The board of trustees is set to announce the new president late Friday afternoon. 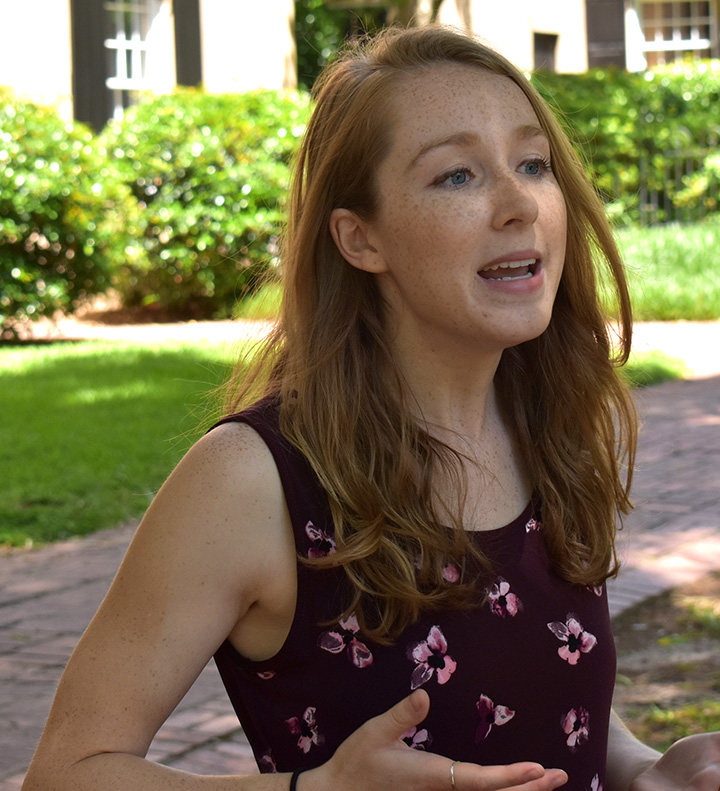 Megan Rigabar, founder of Gender Inequality in University of South Carolina’s Presidential Search, started the group the day after the list of finalists for the USC presidency was made public.