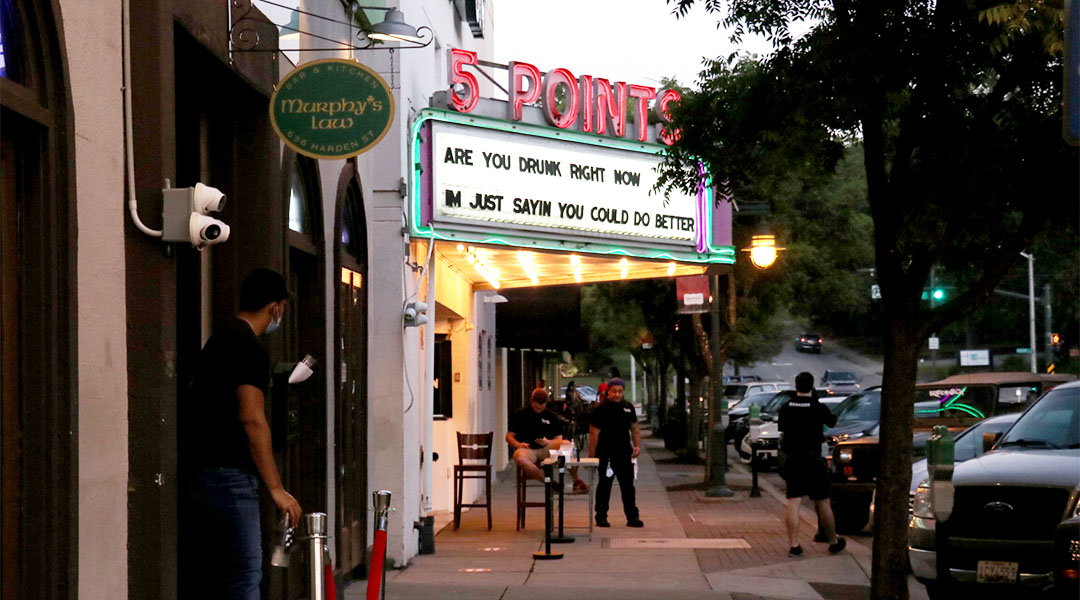 Bouncers and bartenders wait for customers in front of Cotton Gin and Murphy’s Law early Thursday night in Five Points.

By ANDREA BETANCOURT and SHELBY BECKLER

Pop music echoed through Murphy’s Law Thursday night but the line of giddy college students that normally spills out the door of the Five Points bar was empty. One bartender stood behind a bar-top with taped white x’s and an empty tip jar facing an empty dance floor.

As of July 11, the nightlife scene was silenced by the City of Columbia’s “last-call” ordinance, which requires establishments to shut down by 11 p.m.  Bartenders and bouncers are challenged by closing earlier and also finding ways to accommodate more outdoor seating and social distancing.

Cotton Gin, next door to Murphy’s Law, changed its hours to 7 p.m. to 11 p.m. However General Manager Thomas Dugas said that due to little foot traffic they adjusted their hours recently to 8 p.m. to 11 p.m.

“The students coming back you usually see a huge boost in sales around this time, we have not seen that,” Dugas said.  “I just don’t think that people are willing to come out that early, especially here. Our upstairs is like a club and we haven’t even re-opened that just because I just don’t think people are wanting to do that.”

Outside Cotton Gin there is a beaten up white table with a box of masks and a flyer that urges people to “mask up, Columbia.” Reminders similar to those at Cotton Gin are taped outside of bars, outlining the city ordinance for restaurants and bars.

Bars like Jake’s Bar and Grill and Salty Nut Cafe are more accommodating to social distancing due to their outdoor seating and food options. Dugas said that these places aren’t hurting as much since they already have a built-in, daytime happy hour crowd.

Cotton Gin, which does not have outdoor seating,chose to put certain renovation projects on hold and focus on accommodating as many potential customers as they can, the manager said.

“We’ve added more seating downstairs. It was our intention to renovate upstairs as well but all of that got put on pause when the 11 p.m. ordinance was passed because we knew that we weren’t going to making that much money, so we could not spend that much money,” Dugas said.

College students like four-year sport and entertainment management major, Joey Helliwell, said he was trying to use the outdoor spaces that Rooftop Bar, Breakers Bar and Grill and Jake’s Bar and Grill provide. On Thursday night, Helliwell was walking to College Mart with a friend so they could bring some beer back home.

“If I’m ordering a beer, I’ll try to put on my mask; or going to the bathroom or just walking around, I’ll try to put it on,” Helliwell said. “But especially if you are drunk or not thinking about it, there’s really no way to avoid it because we are all touching the door knobs in the bars.”

After the University of South Carolina made national headlines for being the leading college in the nation with COVID-19 cases of over 1,000, some students are choosing not to go to bars.

“I haven’t come down here because I feel like it may not be safe,”Abbie Onion, a third-year psychology student, said. “Everyone’s in a bar and not wearing masks. I am not trying to get Corona.”

University of South Carolina President Bob Caslen said that the spread of COVID-19 is more likely happening outside of the classroom. In a virtual town hall meeting on Sept. 2 he said that the classroom is one of the “safest places” for students.

Caslen released a letter to UofSC.

“I want our campus community to stay together, we will not hesitate to move to full remote instruction if the public health reaches an unacceptable level,” Calsen said.

Caslen believes in students to do the right thing despite the constant rise in cases inn Columbia.

Onion’s, like many students, is missing going out to Five Points and living a normal life but understands the risk.

“But nothing is normal at this point anymore so I am just trying to make the most of it,” Onions said. “Hopefully we don’t get sent home again, I just want to be with my friends honestly.” 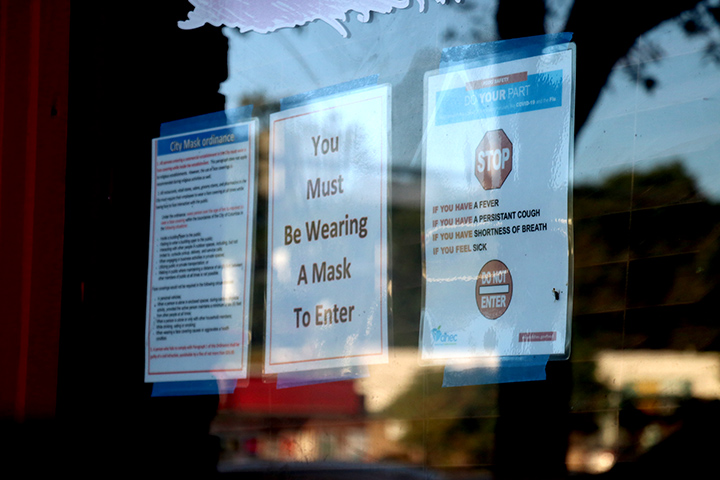 Filers outside of Bird Dog bar show the city of Columbia ordinance and COVID-19 safety measures that have been put into place by Gov. Henry McMaster. 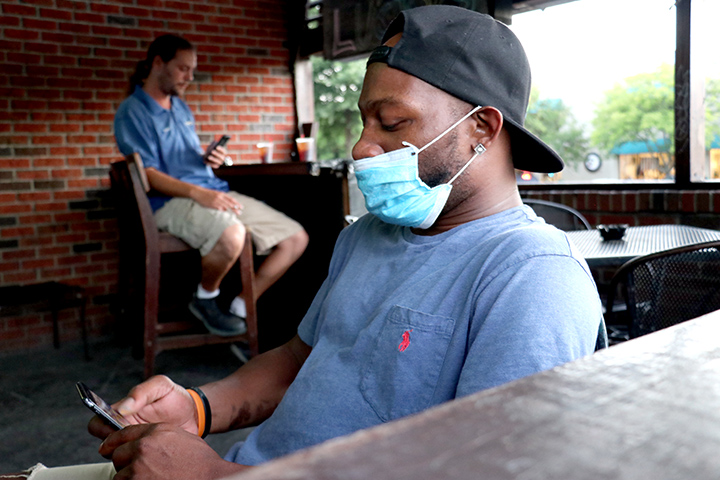 Lucky’s bartender Kareem Manning sits outside and scrolls through his phone in the outdoor bar patio while waiting for customers. 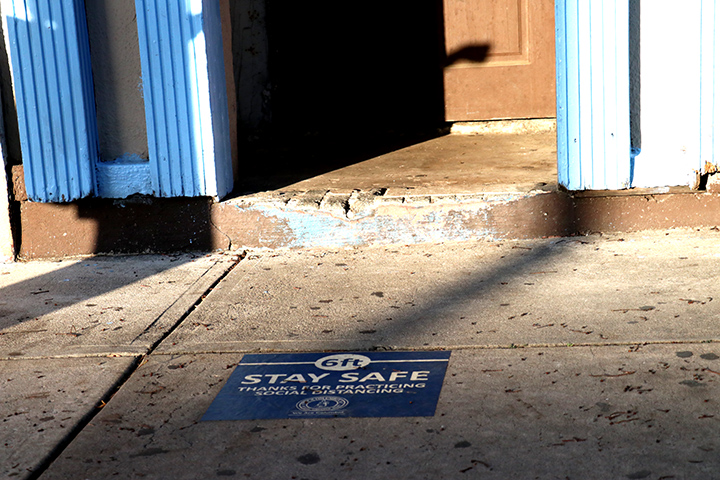 In the doorway of Rooftop Bar in Columbia’s Five Points, customers are encouraged to stand six feet apart.

A group of people outside of Jake’s Bar and Grill in Five Points wait to enter the bar around 7 p.m. on a recent night.