A Gamecock alumnus has found a way to bond with his son by using LEGOs.

David Robinson and his son have been working on a replica of the Horseshoe for nine months. The replica is nearly six feet long and is made of nearly 10,000 LEGO bricks.

Robinson is from Charleston, where he works for Blackbaud, a cloud software company. He graduated from South Carolina in 1996, and in addition to working on new software, Robinson enjoys spending time with his son – 15-year-old David Robinson Jr.- by building with bricks.

“I think it’s great that I was able to do this, and people legitimately took some enjoyment out of seeing it,” Robinson said. “I never intended to give anybody else any joy. But, when you see it happen it’s pretty neat.”

The LEGO Horseshoe is a replica of the University of South Carolina’s most recognized landmark. It is also one of the three LEGO projects Robinson has built. He completed the LEGO Williams-Brice Stadium last year in June, and it required more than 5,000 LEGO pieces and about three months to finish.

Then, Robinson had to get ready to show it off at the BrickUniverse LEGO Convention that same year in August at the Columbia Convention Center. But, he decided to take on another challenge before going and built the LEGO Founders’ Park.

Two months and more than 5,000 more pieces later, Robinson was able to showcase both of his creations to thousands of people at the convention. There, some of the best LEGO builders and creators gathered to share their love of LEGOs, and all of their works were on display for everyone to see and enjoy.

Robinson said he appreciates moments spent with his son, whether it’s going to conventions or playing video games at home because it has strengthened their bond.

“It just gives us something to speak to on a common level. I can’t talk Fortnite or these different (video) games that he plays,” Robinson said. “I’m getting an appreciation for it now, but it’s definitely more common ground for us to talk.” 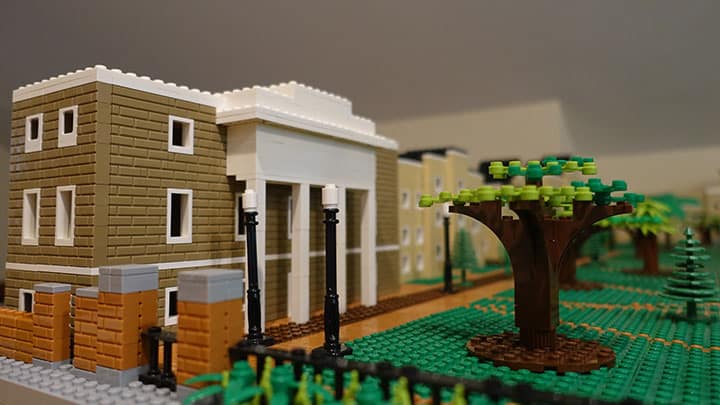 David Robinson and his son made the South Caroliniana Library out of Masonry-style LEGO bricks. They got these types of bricks from the BrickUniverse LEGO Convention when it came to Columbia last year. 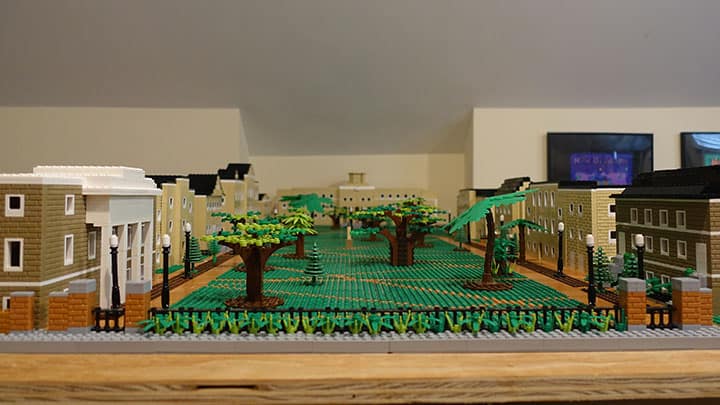 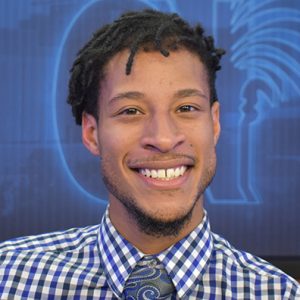 Leland Williams Jr. is a broadcast journalist from Columbia, SC. From writing for the USC InterCom Alumni Magazine, to reporting on timely topics, his love for storytelling shines through every piece he works on. Williams is a member of Phi Beta Sigma Fraternity Inc. and has worked in the capacity of Social Media Chair for his collegiate chapter. He loves food, spending time with family and friends, dogs, and video games. His goal is to be a host on a syndicated talk show where he can share his love for storytelling to everyone.