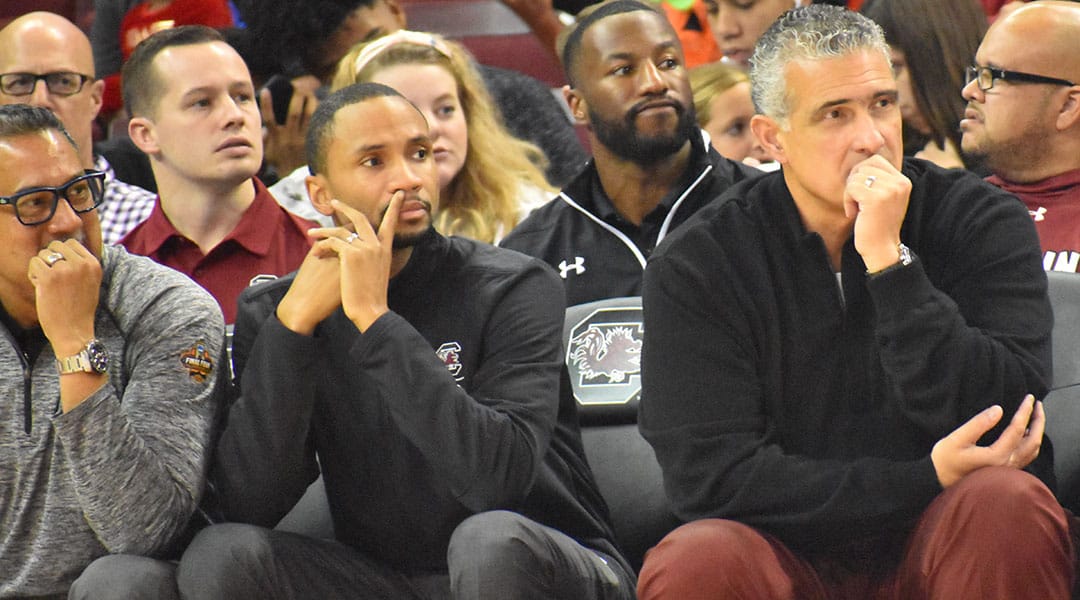 The Gamecocks hit the ground running in the first half of action, leading the Rams by 23 points going into the second half.

Gamecocks head coach Frank Martin, who is entering his eighth season with South Carolina, commended the performance of his offense throughout the night.

“We’ve got firepower,” Martin said. “We’re also immature and we played that way in certain segments of the game. Little by little, we’ll get all the parts connected.”

“It’s good to see A.J. and Maik, those two guys, right when they kind of made that push, really locked in and got us into playing normal basketball,” Martin said.

Martin had some positive words on McCreary, who is one of five freshmen newcomers on the team this season.

“Jalyn’s one of those guys that when he shoots the ball, it figures out a way for it to go in the rim … He’s got instincts and he’s got the willingness to go and make the play,” said Martin. “He’s got courage.”

The Gamecocks dominated in the second half, as South Carolina went on a 14-point run for the final 4:43. Despite the Gamecocks holding the Rams scoreless in the final five minutes of regulation time, Martin noted that the kinks will be all sorted out before his team’s regular season opener next week.

“We’ve got to get our big guys better in our general defensive concepts,” Martin said. “I’m pretty happy with where we’re at with our firsts, like people come at us the first wave. But if they get past that, we weren’t very good there, and I’ve got to do a better job there.”

With a week to prepare for the regular season opener, Martin will continue to evaluate his lineup ahead of the first game next Wednesday.

“Today is the first day that I tell anybody to get on a certain team,” Martin said. “Before this, they’ve got to put themselves on teams and then I just run practice and I try to teach … I told them before the game that whoever I even started today doesn’t mean the way I’m thinking. I’m trying to figure out who I can play together and who plays better where, and things like that.”

The 2019-20 regular season gets underway on Nov. 6 as the Gamecocks host the North Alabama Lions with tip-off set for 7 p.m. at Colonial Life Arena. The game will also be televised on SEC Network+. 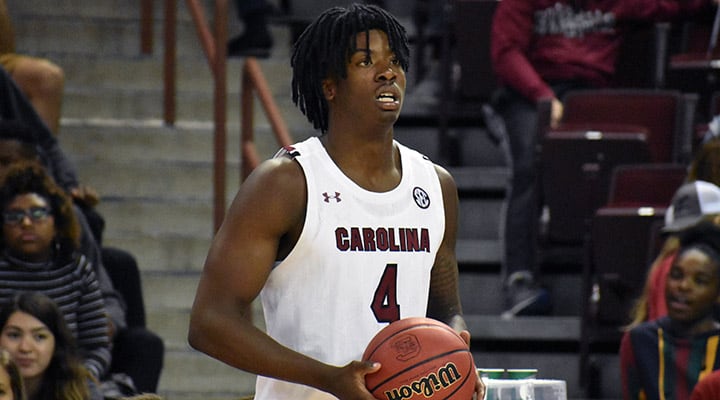 Jalyn McCreary, a power forward from Marietta, Ga., is in his first season with the South Carolina Gamecocks. 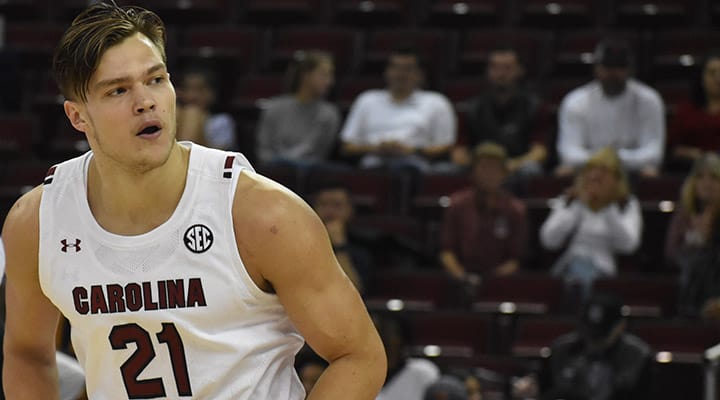 Maik Kotsar, a member of South Carolina’s 2017 Final Four squad, is in his senior season with the Gamecocks. 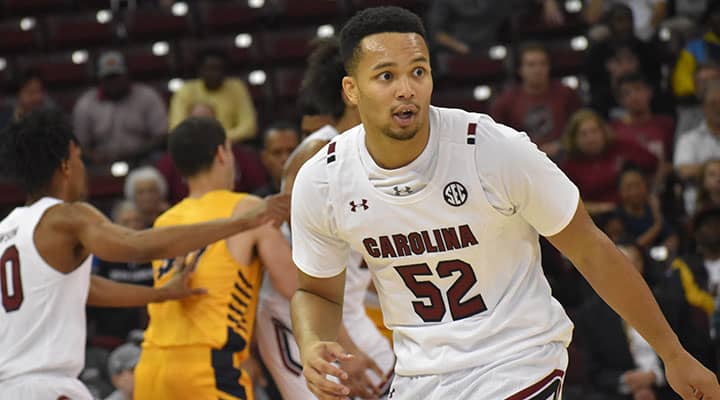 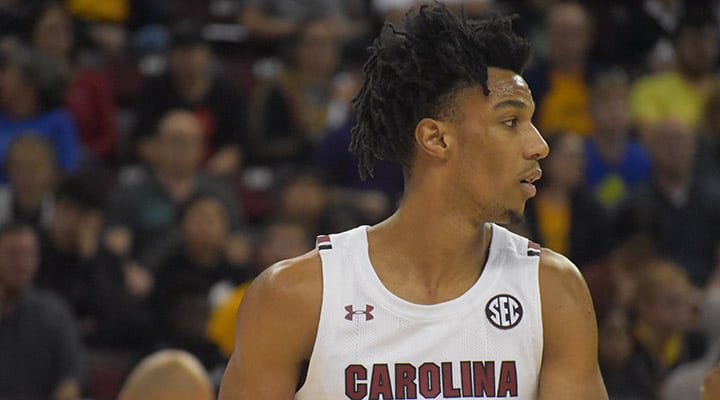