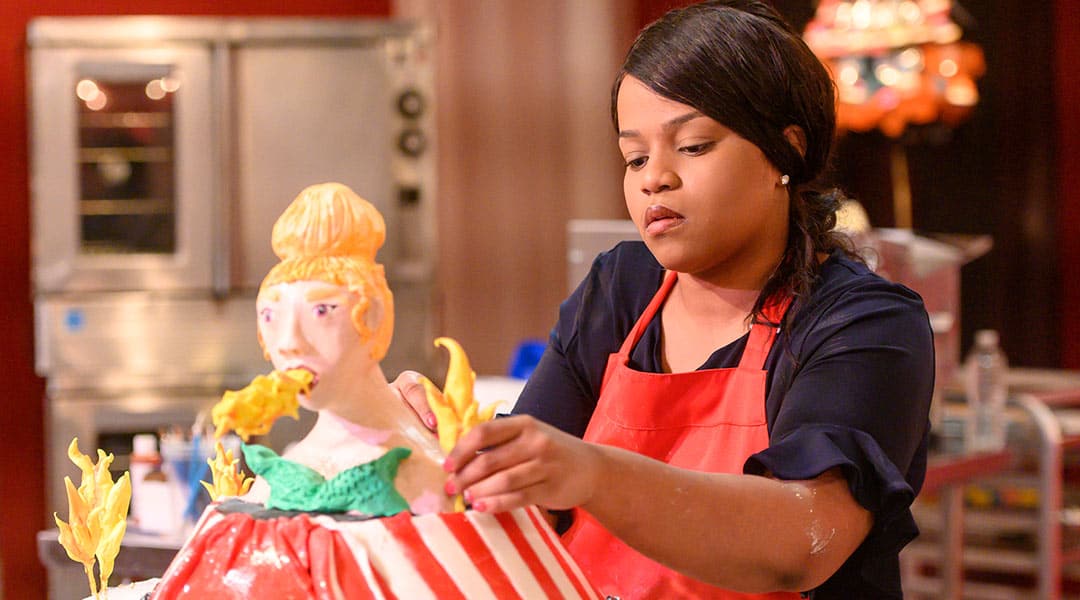 23-year-old Joi Roberts, a Columbia native, is preparing to take her baking talents to national television later this month.

A small business owner based in the Midlands, Roberts will take the stage of Cooking Channel’s newest show, Freakshow Cakes, on Oct. 25 at 11 p.m. Roberts’ opportunity to shine arose when Cooking Channel found her Instagram page and before she knew it, she was on a plane to New York City to record an episode for the show.

“I’ve always liked to be in the kitchen ever since a young age,” Joi Roberts said. “Like when the book fair came at school, I was going to the recipe book section. I would come home with a cookbook like, ‘Mom can bake these brownies? Can I do this, can I do that?’ and so that’s how it really started. But I also really love art. So, I learned how to combine both of those together.”

When her mother Lisa Roberts heard her daughter would be on national television, she appreciated the fact Joi is getting noticed for her years of hard work.

“I was blown away. That’s my baby, and this is national TV,” said Lisa Roberts. “She’s competing against people, you know, that are higher up, maybe doing it more or longer than she has. She’s young, she’s just started, and already somebody is approaching her. It came for her, you know, and it just fell into our lap and it was amazing.”

“Being on national television for baking was one of my ultimate goals,” Joi Roberts said. “I definitely want to be on more Cooking Channel/Food Network shows and compete more and go nationwide teaching my craft to others. I would love to do that, maybe even get into some baking conferences or even start my own baking line.”

Joi’s passion lies in creating ‘hyper-realistic’ cakes. One of her proudest creations was designing a completely edible crawfish cake. Her Instagram page, @joifilleddelights, has pictures of many of her specialties.

“The craziest probably has to be my crawfish cake,” Joi Roberts said.  “While I was making it, my brain started to get kind of confused … I like people’s reactions when they look at it – and they’re like, ‘That’s a cake!’ That’s my favorite thing in the world. I live for that.”

If Joi wasn’t baking, she’d be doing something creative. Despite not obtaining her business license until she was 18, she began honing her craft well before then.

“I started making cakes for my classmates when I was 14 years old,” Joi Roberts said. “I never expected to actually have a career out of that – I just fell in love.”

Joi Roberts is now in a position to be a role model for others on the biggest stage possible.

“I didn’t expect it to happen so quickly,” Joi Roberts said. “That’s how my love started: watching people who are in the position I’m in today. It’s crazy. You definitely have to have a passion for it. It’s amazing. I couldn’t imagine doing anything else.” ” 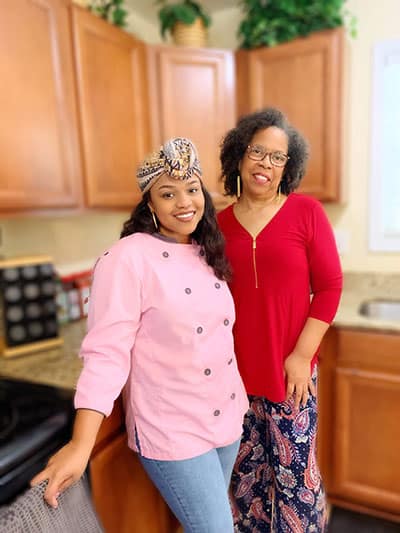 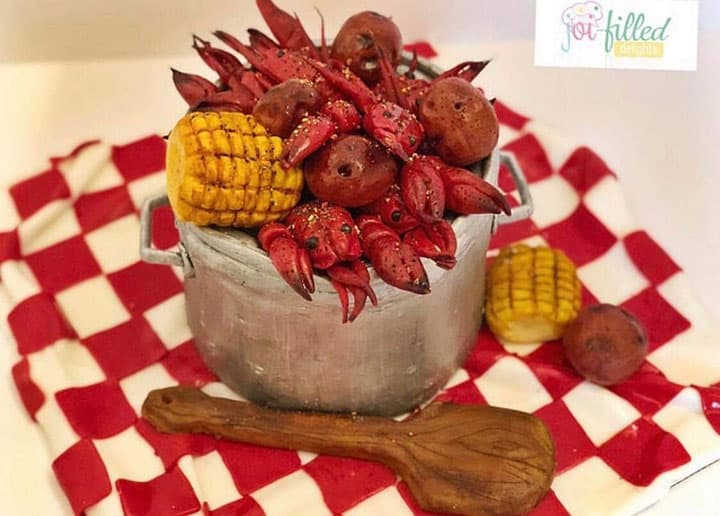 The crawfish cake is one of Joi Roberts’ creations she has shared on her Facebook and Instagram pages – Joi Filled Delights. Credit: Joi Roberts 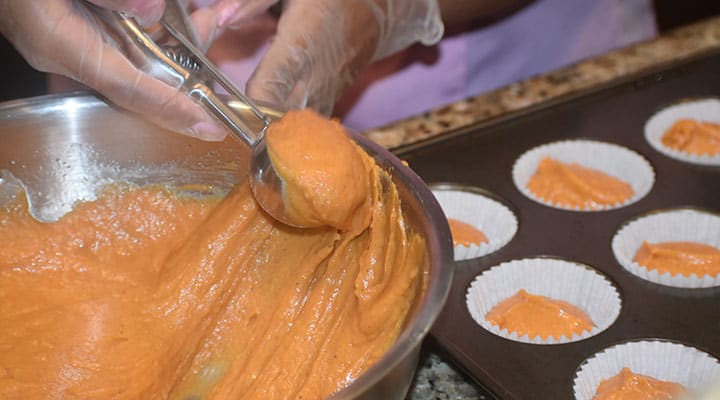 Joi Roberts prepares her pumpkin spice cupcakes, her new recipe for this fall. 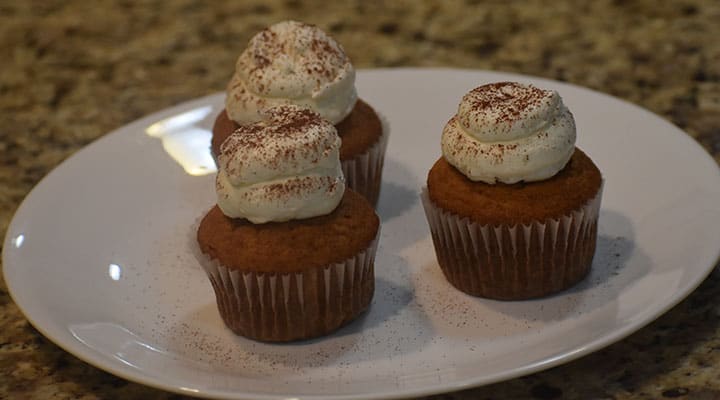 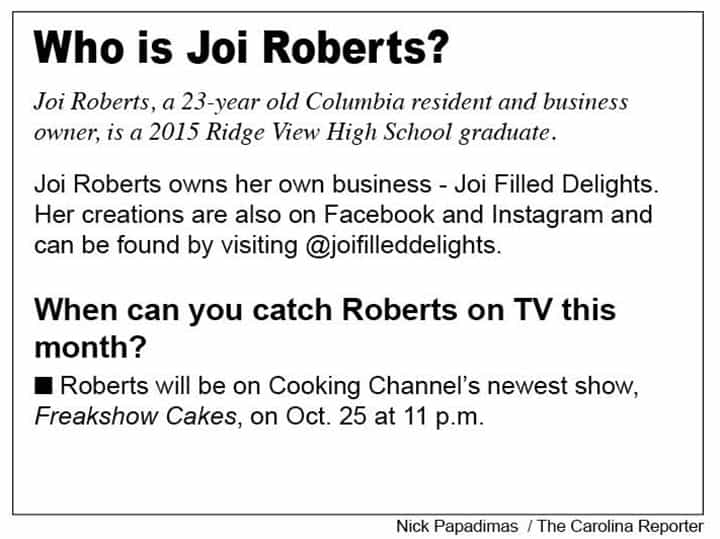