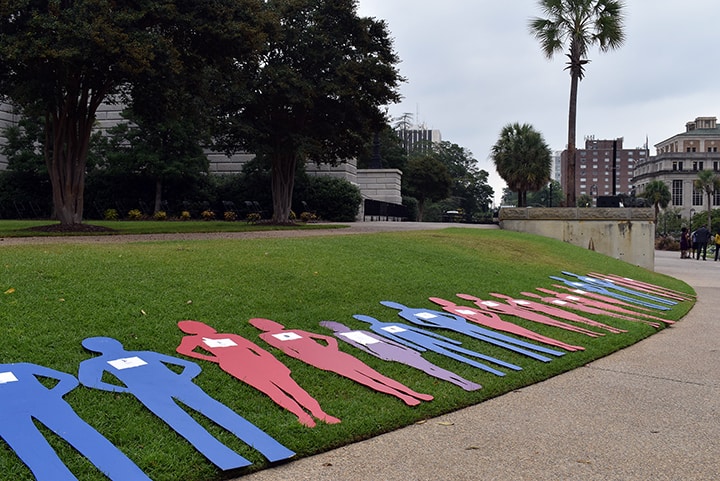 Life-sized silhouettes honoring the 41 victims are displayed on the Statehouse lawn. An additional purple silhouette is placed in the middle to recognize the unknown victims of domestic violence.

The somber event marked the beginning of National Domestic Violence Awareness Month and recognized 41 South Carolinians, 30 women and 11 men. A bell rang after the attorney general read each victim’s name, age when they died and county they were from.

Volunteers and loved ones of the victims carried the wooden silhouettes representing them. Red silhouettes were displayed to honor the women while blue silhouettes honored the men. A 42nd silhouette, purple, was carried last to acknowledge the unknown victims of domestic violence.

“The impact that is left in your life and in the communities that you come from is felt and it reverberates throughout the state of South Carolina every year,” Wilson said, speaking to the families of victims at the ceremony. “When you have a loss, we experience that loss along with you.”

He noted that according to the Violence Policy Center, South Carolina ranks fifth in the nation for women killed by men.

“This horrible, horrible crime affects people from all walks of life,” Wilson said. “We must work hard to break the cycle of abuse by understanding how it impacts those victims and survivors across a lifespan.”

Law enforcement agencies, victim advocate groups, victims’ family members and survivors of domestic violence were among those in attendance. Clinton resident Emily Joy came for the seventh year in a row following the death of her 19-year-old daughter, Emily-Anna, to support other victims’ families.

She said that Emily-Anna, affectionately known by her loved ones as E.A., had her life taken by her ex-boyfriend in June 2013. He strangled her with a USB cord and is now serving life in prison without the possibility of parole.

By October that same year, Joy had started a foundation for domestic violence victims in her honor: E.A.’s Love for Life Foundation.

“I do have another daughter that’s older than her. It’s been hard for her to accept that her sister’s gone,” Joy said. “But I just said I would get up and go and start helping other people. So that little foundation that I have, that’s what I do.”

That foundation of 15 board members offers hope and assistance by sitting with domestic violence victims through court proceedings, setting the victims up in a hotel or safe house and helping them flee by providing them with food and gas cards.

Joy also uses the foundation to spread awareness of domestic violence by speaking at local schools, churches and even prisons. She has a special place in her heart for teenagers and children affected by the crime.

“If any of these teenagers can hear my voice and think about teenage dating violence… I feel like if just one hears me I’ve done something to keep them alive,” Joy said. 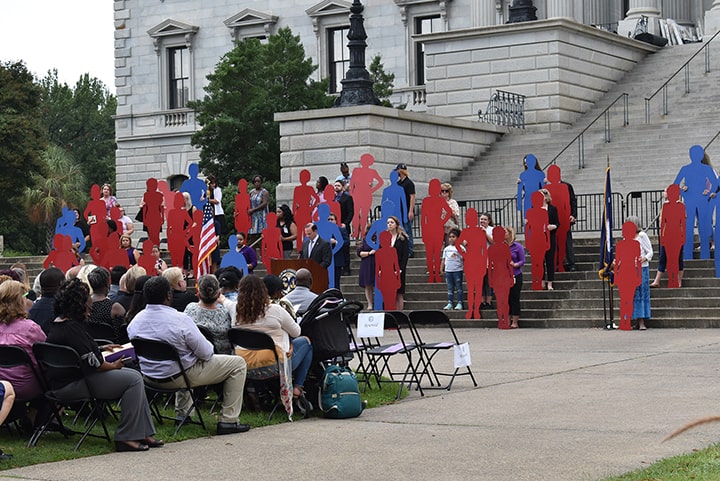 South Carolina Attorney General Alan Wilson lists the victims of fatal domestic violence in 2018. Each are represented by a wooden silhouette held on the Statehouse stairs. 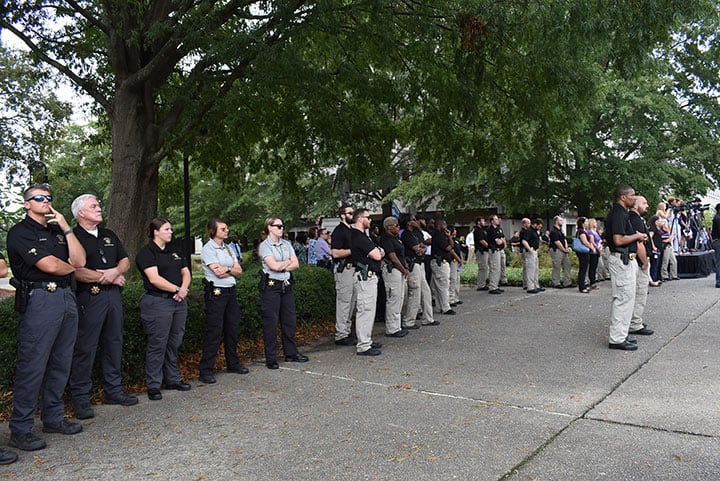 Law enforcement observe the ceremony from the back of the crowd. The officers were invited by the Attorney General’s office to attend. 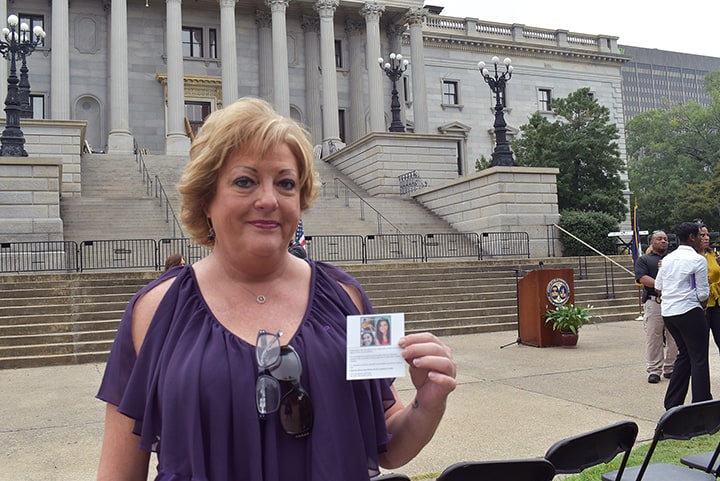 Emily Joy holds a photo of her daughter Emily-Anna, a 19-year-old victim of domestic violence. Joy now helps other victims through her foundation E.A.’s Love for Life. 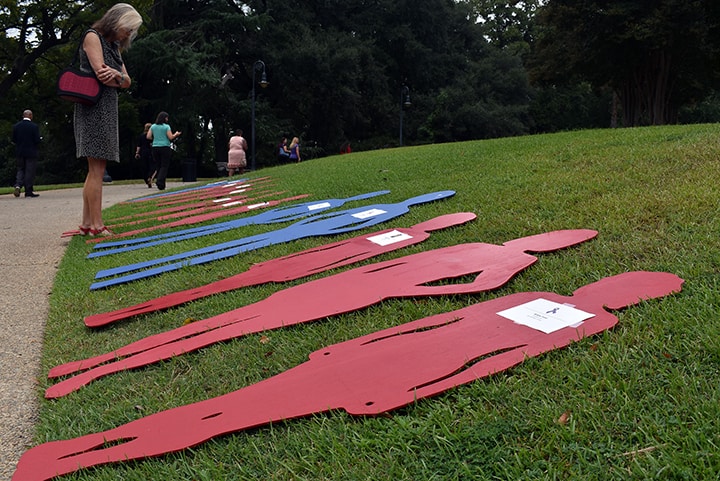 Nancy Barton, executive director of Sistercare, a Midlands organization that supports domestic violence survivors, looks over the silhouettes after the ceremony ended.