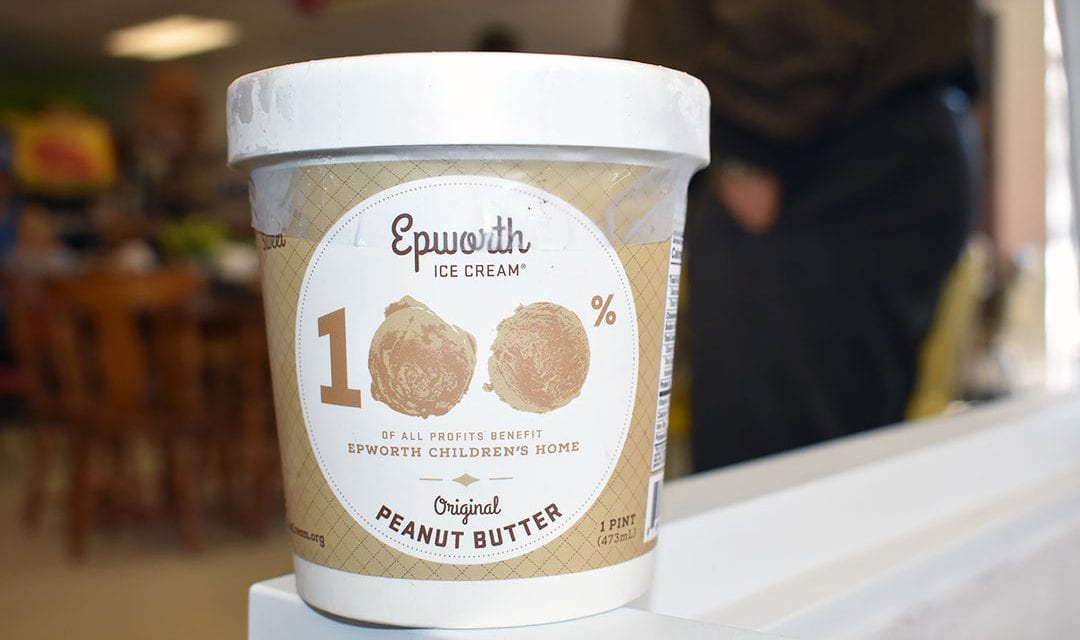 Epworth Ice Cream, a local company launched in July, announced on Monday that it has received $100,000 in grant money from the Google Impact Challenge Columbia.

The company initially announced on Oct. 2 that it had won a $50,000 Google Impact Challenge grant. The additional $50,000 was received after winning a People’s Choice voting event.

The grant money will go towards job training for independent teens at the Columbia children’s home in an effort to teach them skills that can be used later in life.

“The internships will not only give our students life skills that will stay with them forever, but it also helps build the Epworth Ice Cream brand so it can continue to provide opportunities for children for years to come,” said Andrew Boozer, Epworth Children’s Home’s vice president for development.

Epworth Children’s Home, founded in 1896, is a group home for children and teens in emergency or at-risk situations.

During the Great Depression in the 1930s the home was given surplus peanut butter from the federal government. Staff at the time had the idea of combining the peanut butter with milk from Epworth’s own farm, to create homemade ice cream for the children to enjoy. That ice cream has continued to be an Epworth staple ever since.

The concept of starting an ice cream company came from an affiliated organization called Friends of Epworth.

Friends of Epworth is a group of local individuals that raise funds to benefit the children’s home. After putting on the same yearly events with the same donors, the Friends decided to get in the ice cream business.

“What could we do that could be more ongoing?” said Dave Mackey, president of Epworth Ice Cream. “One of the people said, hey look, they’ve got this ice cream and people know about it and ask for it, why couldn’t we launch that as a consumer product?”

Over the next three years the FOE board went through the process of finding out what it would take to commercialize the ice cream business for the benefit of the children. FOE launched the ice cream company in early July of this year as an affiliated, but separate, company where 100% of profits will go to the children’s home as a sustained source of funds.

“The problem with any charity like that is that they get their money from donors, the state, grants and from their endowment. All that is so much subject to fluctuation,” said Mackey. “If you’re a charity and you have a social enterprise that’s doing steady business and can generate revenue back to you, that’s a huge plus.”

Epworth Ice Cream sells their product just like any other business. They approach potential retailers and simply ask if they would like to buy their ice cream and resell it in their own store.

Mackey explained that for the first round the company decided to take the local route and sell to businesses and restaurants that would take a personal interest in the product due to proximity.

“We started really close in to the children’s home,” he said. “Basically my sales pitch the first week was, this is your neighbor, you have to take this. I won’t take no for an answer.”

The ice cream is currently being sold in markets, shops and restaurants across the Columbia area, but the company dream is that it will one day find itself into popular chain stores.

“Our ultimate goal is supermarkets because of the volume. Piggly Wiggly does that now and they sell a ton of Epworth Ice Cream in the middle of all this other ice cream, so it can be done,” Mackey said.

Over the past few months the company has seen steady sales and believes that their unique business model is what pulls people in to buy their product.

“Our goal is trying to focus on the idea that, here’s this product that’s been around for a long, long time and enjoyed by all that know it and now we have the opportunity to do some good by it and give back to the children’s home,” Mackey said.

“That’s really what this is about. It’s great ice cream, it’s for the kids and it’s a neat way to combine the enjoyment of something like that (ice cream) with doing good things.”

You can buy Epworth pints for $5.99 at various retailers in the Columbia area. The ice cream itself is manufactured at a small artesian creamery in Atlanta and comes in several different flavors, but with the same original peanut butter ice cream recipe that started it all. 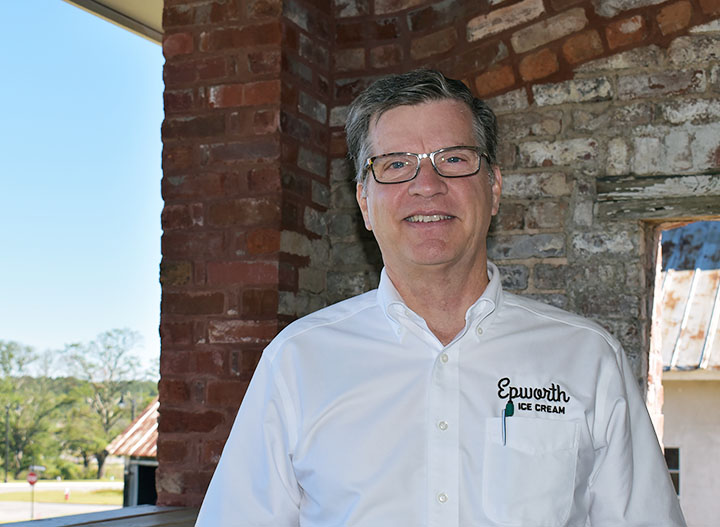 Dave Mackey, president of Epworth Ice Cream, believes that social enterprise is the best way for Epworth Children’s Home to receive steady funding. Epworth Ice Cream launched in July and can be found in various local stores throughout the Columbia area. 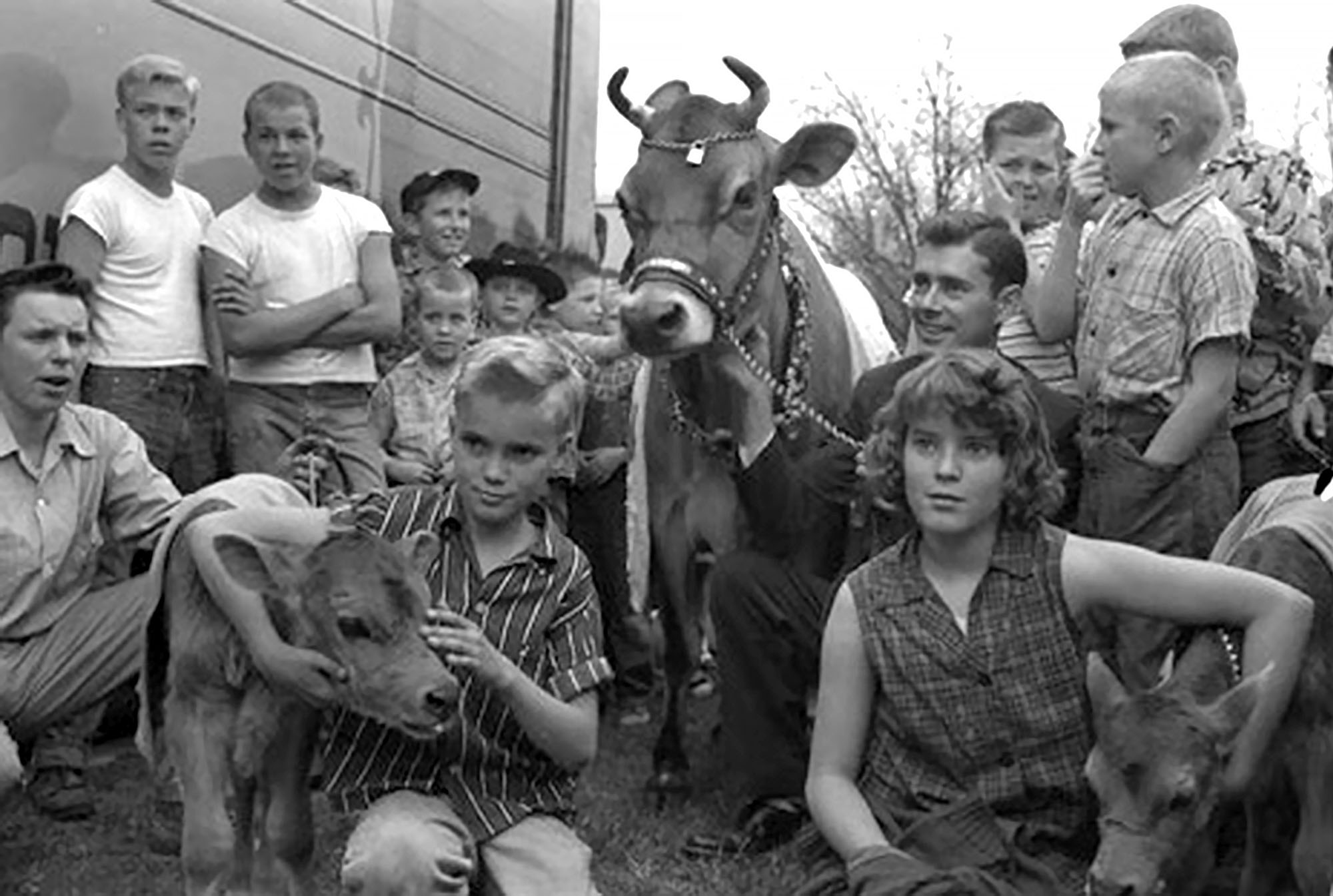 Ice cream was first made at Epworth Children’s Home during the Great Depression after receiving a surplus of peanut butter from the government. Staff at the time decided to combine the peanut butter with dairy from their farm to create ice ream as a special treat for the children. 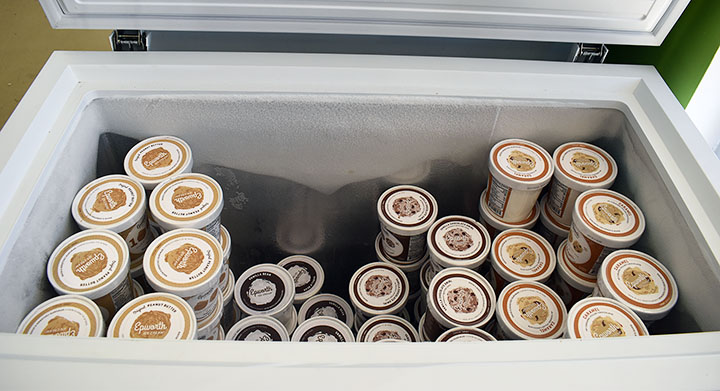 Epworth Ice Cream is sold by the pint and can be found in four different flavors: Original peanut butter, caramel with caramel-filled chocolate, vanilla bean, and vanilla chocolate swirl with peanut butter cups.