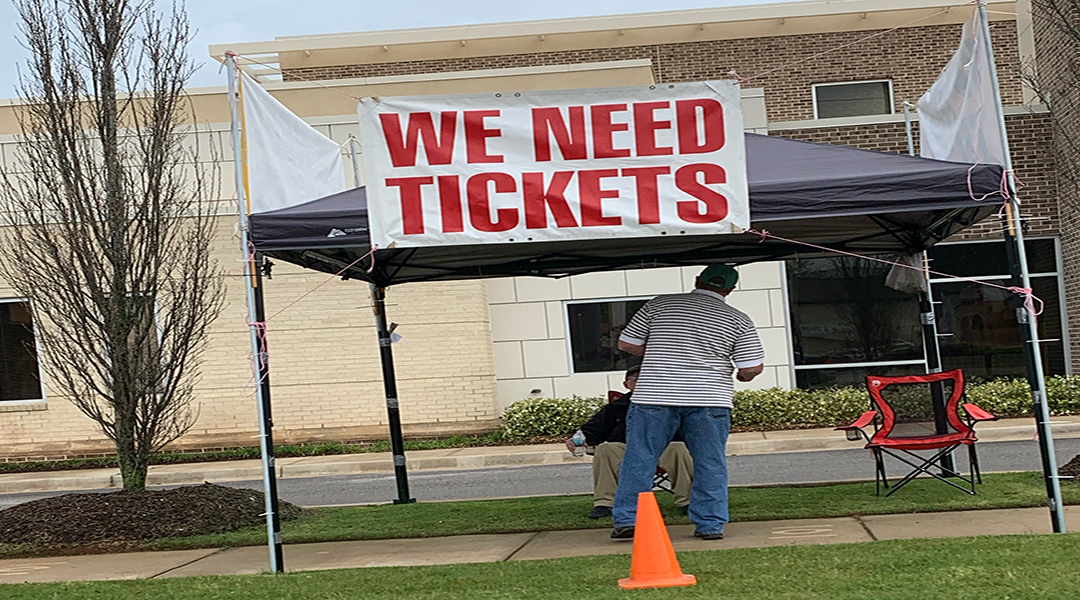 Masters Week is upon the city of Augusta, Georgia, and people from all over the world are looking for their way into the most prestigious tournament in golf.

Masters Week has arrived in Augusta, and the Georgia city is once again preparing to welcome traveling golf-lovers from around the world who are looking to enjoy a once-in-a-lifetime experience.

The tournament will be highlighted by the top stars in golf, including Dustin Johnson, the world’s no.1 golfer, Tiger Woods, Rory Mcllroy, Justin Thomas, Jordan Speith, and reigning champion and Augusta native, Patrick Reed.

Noah Tucker, a Campbell University graduate who is working his fifth tournament, knows the golf fans want to see the best golfers in action and that’s why Augusta National Golf Club strives to make the Masters experience one of a kind.

“They (the fans) come first no matter what. We want to make their experience unforgettable,” Tucker said.

The Masters is considered the most highly coveted major championship in golf. It is the only major that is held at the same location annually. It is as pristine and elegant as they come. Augusta National bans the use of phones and cameras inside the grounds for normal ticket-holding patrons in order to uphold its exclusivity and keep the sole focus on golf.

The city of Augusta becomes extremely busy with visitors from around the world. This year, the club has added a Women’s Amateur on opening weekend for the first time in its history, adding to an already crowded and much anticipated week.

Ticket scalpers and scorers fill Washington Road and for Tom Kavanaugh, it is his second year trying to score tickets for the tournament. Tom drove from North Carolina and sat outside a Dunkin Donuts and Starbucks looking for tickets for any of the rounds.

“Last year I was able to get a Wednesday ticket for the Par 3 contest but not the real tournament,” he said. “Hopefully this year I can finally see some tournament golf.”

Kavanaugh is just one of many who struggle to find the highly coveted tickets. As of Friday, on StubHub, a weekly pass is selling for as high as $17,000. Day passes for tournament play run easily into the thousands.

“I would pay a lot. I won’t say how much, but just know it is a lot,” said Kavanaugh.

Hotel prices also sky rocket during Masters week. The Sheraton Augusta Hotel has been fully booked for the week since the last tournament ended in April 2018. Other hotels, including the Fairfield Inn and Suites Augusta Fort Garden area, per night rates are close to $1,000 per night.

The staff of Augusta National prepares for Masters week on their own,  working for 12 months to put on the greatest week experience they can for the golf patrons. The tournament also brings in celebrities, CEOs and athletes who want to enjoy the beautiful course.

“It is a year-round effort. They design everything in-house for the tournament. They market themselves and bring in a ton of employees to work for the week so they need to get them caught up on their vision,” said Tucker.

Augusta National hires students from a few universities, including Augusta University, Florida State, Campbell University, and   the University of South Carolina. Over 600 students have been hired for this year’s tournament from USC, a record for the school.

University of South Carolina junior and incoming concessions worker Vin Rossello is excited for his experience at the tournament and to join the Master’s hype.

“It’s exciting and nerve wracking to know that I am going to be on the grounds of so much history while in part being responsible for the experience for a lifetime for the guests of the Masters,” Rossello, of New York,  said.

Rossello was impressed with how the Augusta National team is able to uphold their high standards year after year.

“They have people come speak to us new workers about the club and how prestigious it is. They close down the course months before in preparation for the tournament. The place is just historic.”

As the great CBS sports analyst Jim Nantz has said time and time again, it is truly “a tradition unlike any other” at Augusta National during Masters week.

Tournament play begins April 11 and ends April 14 with the Green Jacket Ceremony for the champion. 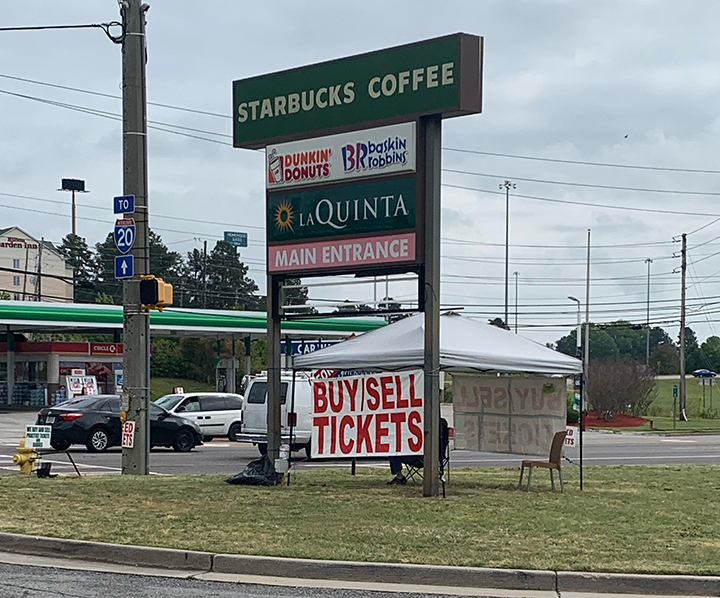 Tom Kavanaugh sets up along Washington Road in Augusta trying to buy and sell tickets for tournament play and practice rounds. 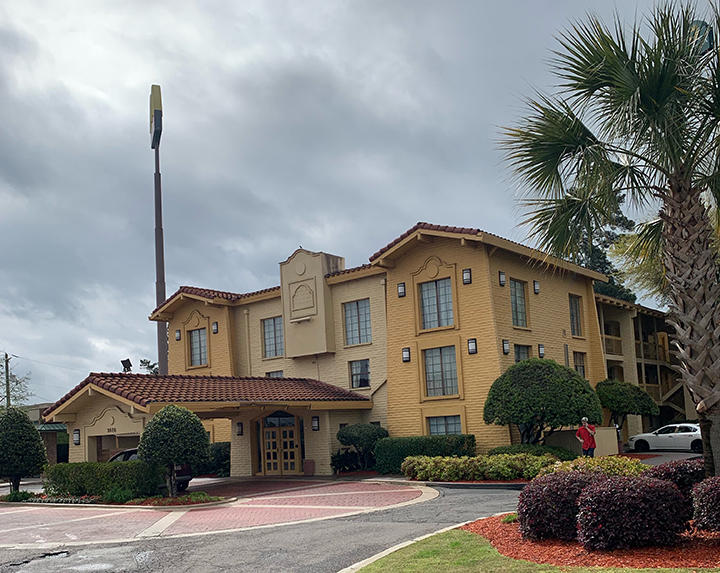 Hotels such as the Sheraton Inn Augusta have been booked for this year’s tournament since last April. 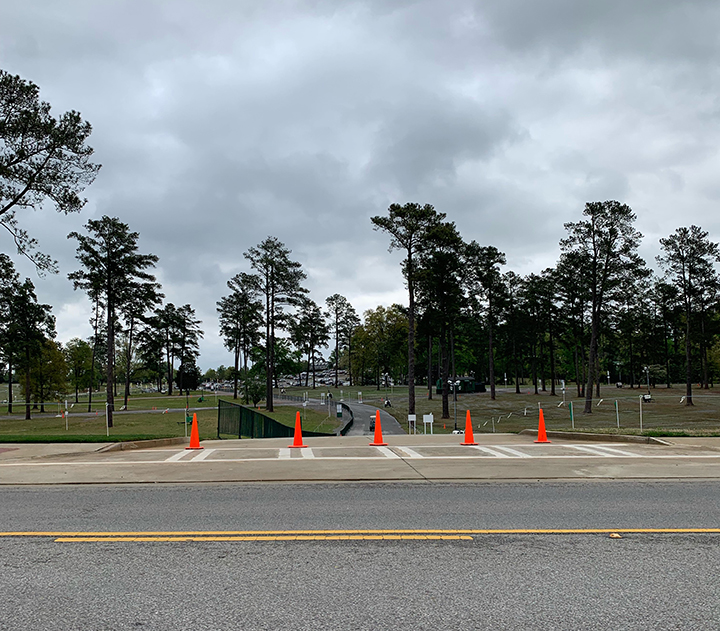 The golf course is already prepared for the additional golfers and fans that will come this weekend for the official start of Masters Week.