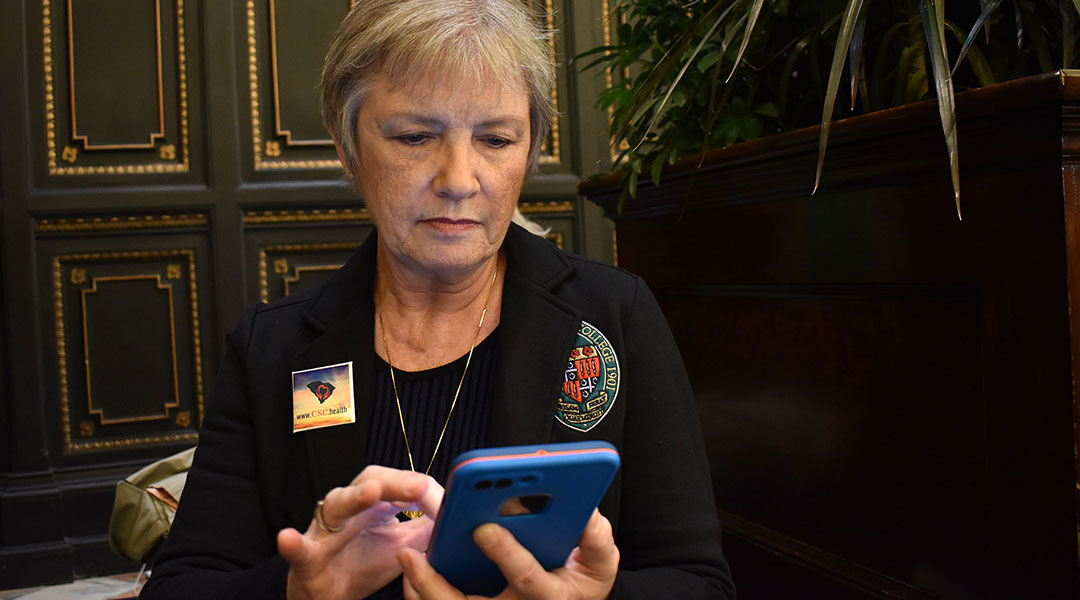 Janet Kelleher, cancer survivor, advocated at the State House for the legalization of marijuana for medicinal purposes.

Every two hours an alarm rings on Janet Kelleher’s cell phone. It reminds her to take a half pill of a powerful opioid to ease her severe bone and joint pain.

“I go to the trouble to cut those in half and set my alarm, so that I never get any high off these drugs,” she said.

This year, Sen. Tom Davis, R-Beaufort, who first introduced the bill, is more hopeful than ever.

“I think ultimately we will be successful, because when you have the facts on your side and the better arguments on your side, sooner or later you’re going to win,” Davis said.

In the past, children with epilepsy were at the center of the legislative argument. On Tuesday, advocates took a different approach.

Kelleher was first diagnosed with breast cancer 18 years ago. When it returned 13 years later, she received a double mastectomy only to later find out that the cancer had already spread to her bones. Although doctors say she is cancer-free, she must stay on treatment indefinitely to prevent its return. Side effects from the treatment include bone and joint pain, nausea, and a compromised immune system, she said.

“I must depend on the legislators to make another medicine suitable for long term pain with fewer side effects,” Kelleher said. “For what sense does it make to add a number of days to a life without adding quality and comfort as well?”

Steven Diaz, a Marine Corps veteran and mental health advocate, reminded lawmakers that veterans are suffering from devastating PTSD and other debilitating post-combat stresses and need medications beyond opioids.

“I’m tired of laying my friends to rest because they don’t have options,” said Diaz, who knows of instances where veterans raided their medicine cabinets for prescriptions opioids to end their own lives.

In a recent poll, the majority of South Carolinians said they would support medical marijuana. However, legalization has received some resistance – most notably from State Law Enforcement Division Chief Mark Keel and Attorney General Alan Wilson.

Thirty-three states and the District of Columbia have legalized the use of medical marijuana. South Carolina’s Compassionate Care Act mandates that marijuana would not be legally sold or smoked in leaf form, and could only be used for medical purposes in the form of vaporized oil, gel caps, suppositories, patches or topical creams. Furthermore, patients would require a registered identification card and permission of a licensed medical practitioner.

“If they prescribe marijuana such that you have it in a prescription bottle and it doesn’t look like weed, I don’t see the problem,” Kelleher said. “If it were the other way, I know that in other states you can go and just buy it out of a candy jar – I don’t want that.”

The bill will be brought to a Medical Affairs subcommittee hearing on Feb. 27, and Davis hopes that it will make it to the Senate floor as early as the end of March. 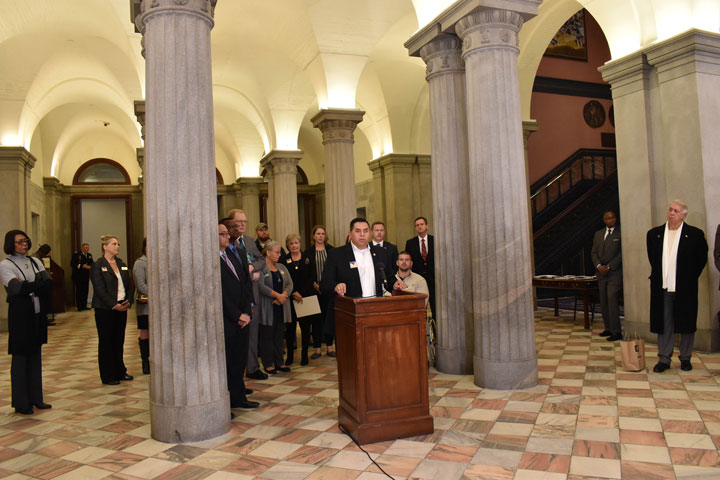 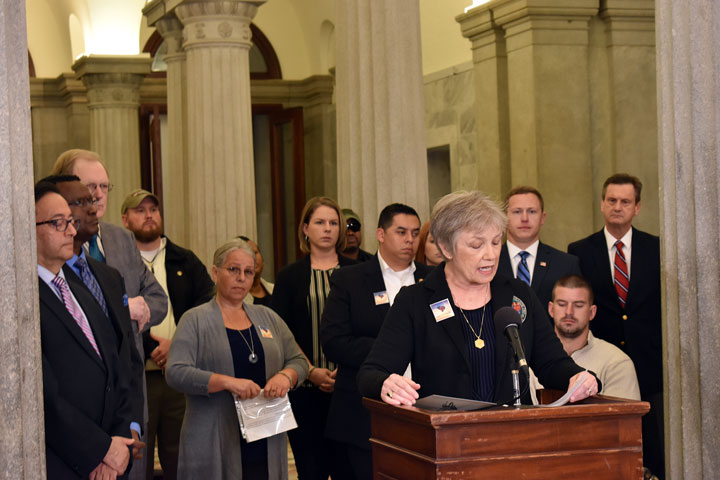 Janet Kelleher shares her story at a press conference at the State House on Tuesday.