Midlands remembers the fallen of 9/11 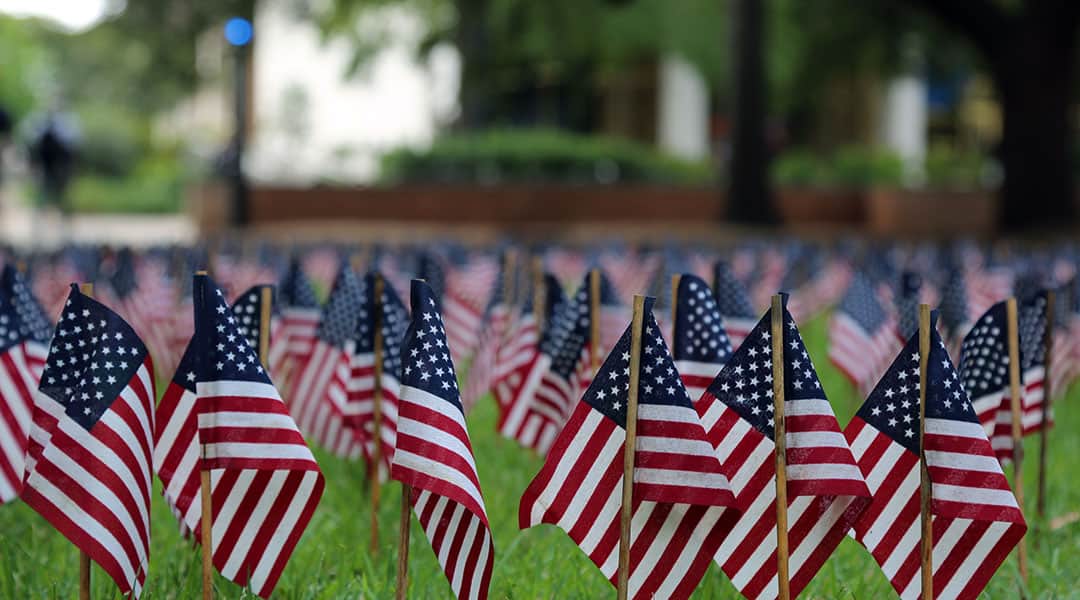 Members of the UofSC Student Veterans Association organized a display of 2,977 mini American flags to represent the lives lost on Sept. 11, 2001.

By Corinne McGrath and Katie Graybill

Eighteen years ago, Vietnam war veteran Arnold Dowey was in the middle of his shift at a Columbia fire station when the world shifted. As he watched televised images of a terrorism attack on the World Trade Center in New York City, he was in disbelief and thought to himself, someone must have turned on a movie.

On Wednesday, Dowey, along with other emergency response workers, military personnel and government officials gathered with the public at the First Responders Remembrance Memorial to pay tribute to the lives that were lost on Sept. 11, 2001 when terrorists slammed airplanes into the twin towers and the Pentagon.

The speakers paused at 8:46, 9:03 and 9:37 a.m., as a bell rang out to symbolize the times of the attacks on the World Trade Center and the Pentagon. The crowd bowed their heads for a moment of silence.

Columbia’s events to memorialize 9/11 did not end when the last bell rang.

On the University of South Carolina campus, Davis Field boasted a visual display of 2,977 mini American flags to represent the lives lost on that day.

This was the work of the University of South Carolina Student Veterans Association and student government who held an event to show appreciation to first responders.

USCPD Officer Forrest Williams attended the event. Before he worked for the campus police department, he served five years active duty in the military.

“9/11 is a big reason why I joined the Marine Corps,” said Williams. “I just saw the impact on the country and the impact of what happened when somebody took away the freedoms that we had. I wanted to go help to make sure that didn’t happen again.”

Students could show their appreciation for local first responders through handwritten letters and signing up to donate blood.

In the evening, Hootie and the Blowfish opened up their three-day homecoming tour in Columbia with a nod to the first responders who rushed into the collapsing World Trade Center and the Pentagon to rescue their fellow Americans.  At all gates of Colonial Life Arena, firemen held up their boots to collect donations for the 9/11 Remembrance Foundation. The band agreed to match the donations, up to $20,000. 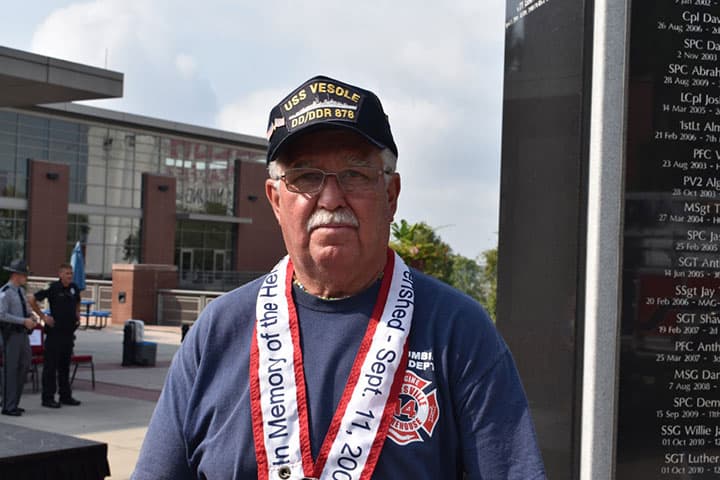 At Columbia’s remembrance of 9/11, Arnold Dowey, a Vietnam War veteran and former firefighter, pays tribute to those who lost their lives on that day. 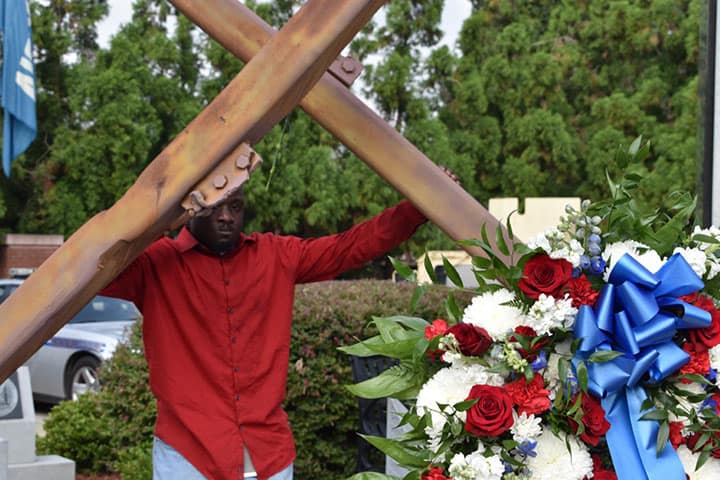 An attendee of the Historic Morning of Remembrance program places his hands on the two beams recovered from the World Trade Center. 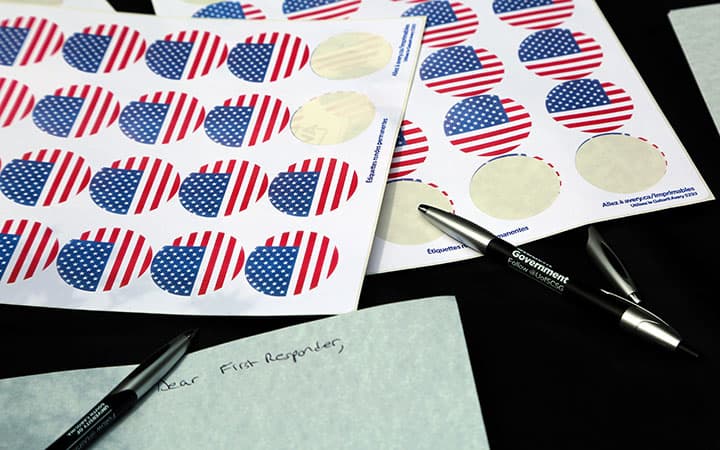 Other students had the opportunity to write letters to local first responders to thank them for their service. 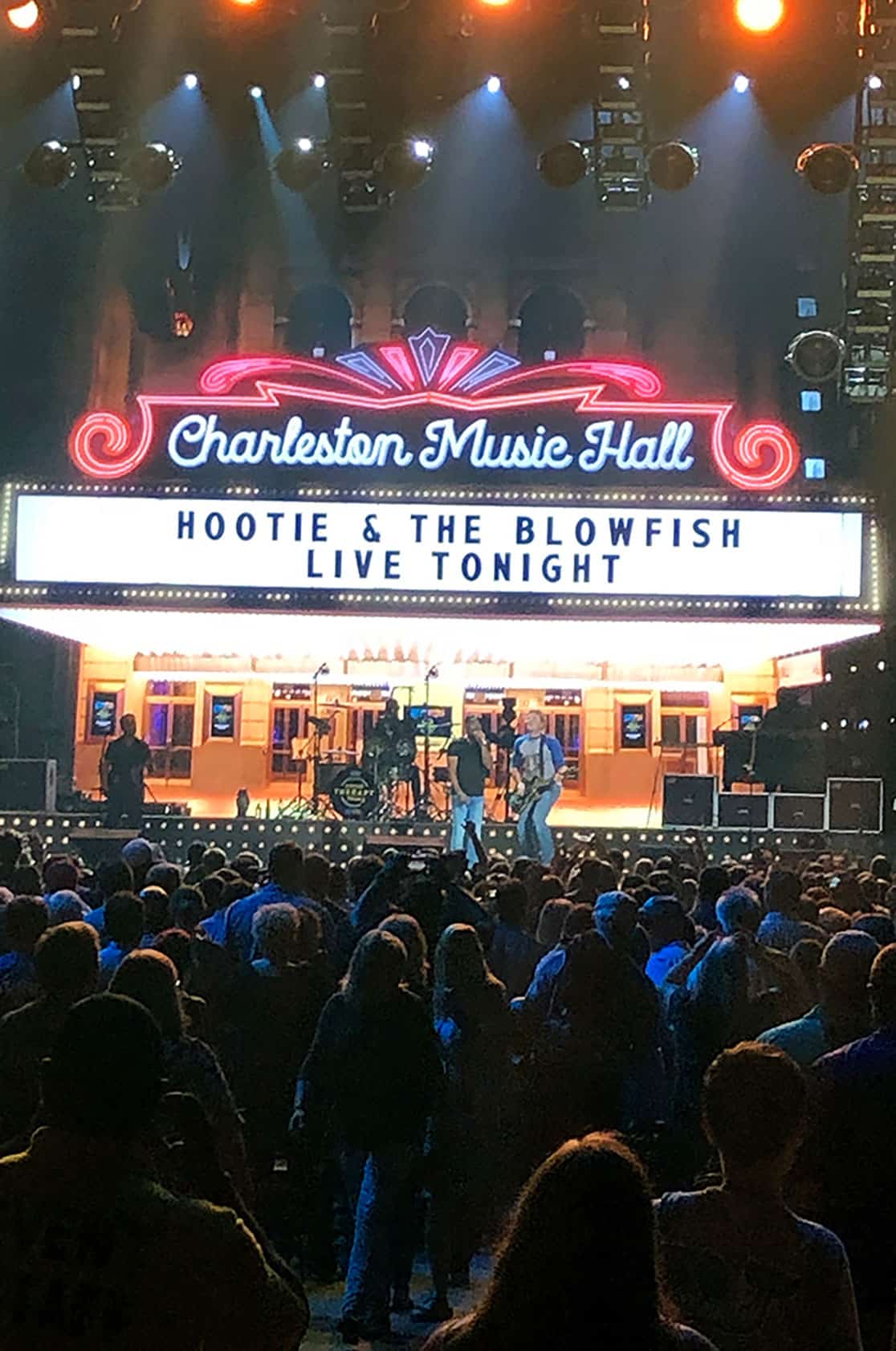 Darius Rucker from Hootie and the Blowfish salutes those who have lost their lives for the freedom of Americans at their opening show in Columbia Wednesday. 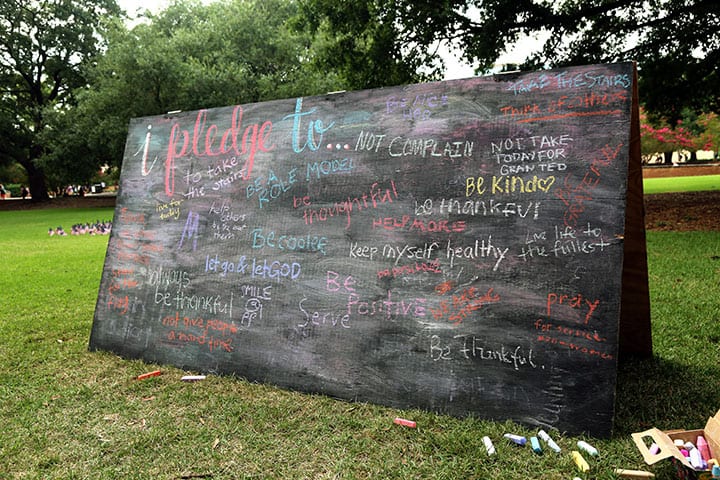 Students on UofSC campus write their pledges on a chalkboard to honor victims of 9/11. Some of theses pledges include “Take the stairs,” “Don’t complain, and “Not take today for granted.”