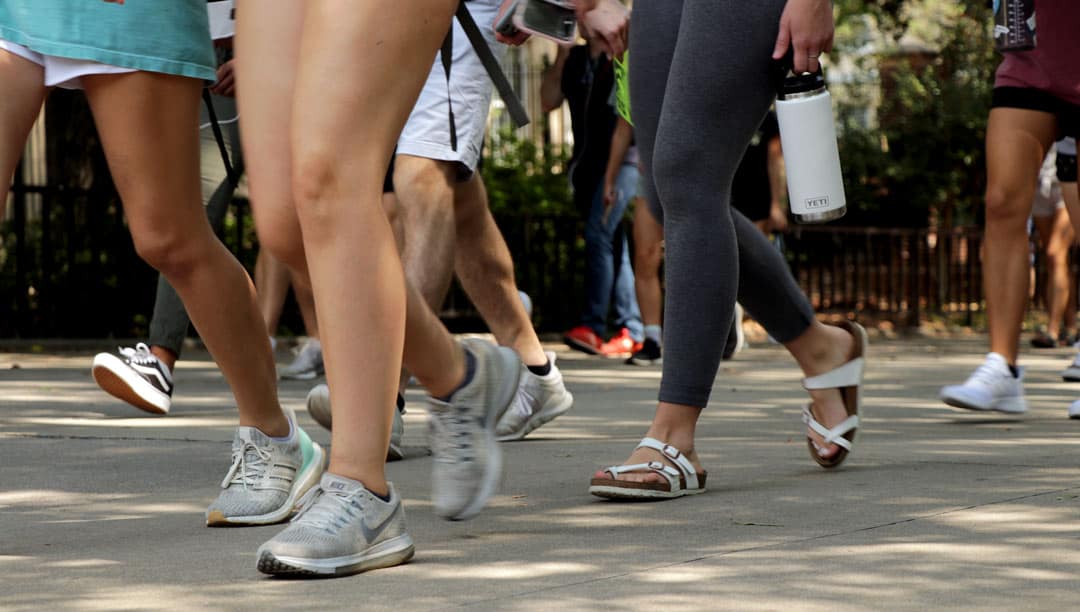 Fun and quirky shoes are having a moment. Maybe the wilting Southern heat is to blame, but young adults are trading in their cute outfits for T-shirts and Nike shorts. Since it’s easy to conform to the comfortable, many have decided to express their personal style through the unlikely, and often underestimated, staple — footwear.

Whether it’s chunky sneakers, colorful Vans or black boots, people are telling their personal stories through shoes. Because, why wouldn’t they? Shoes can accent minimalist jeans, dress down elegant outfits and add personality to the ever so popular T-shirts and Nike shorts. 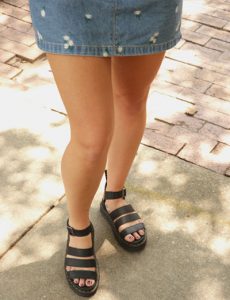 “Usually it’s really cutesy and girly, but these are my edgy shoes,” Jackson said about her style.

Public health student Jada Bouknight describes herself as an urban dresser and is wearing black slide-on Vans with flames on the sides.

She got them at an outlet store on sale during a Myrtle Beach visit. 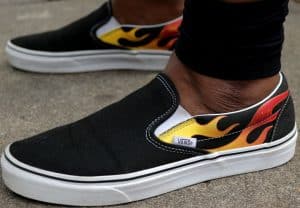 “When I first seen ‘em I just knew that I had to get ‘em. They’re very vintage,” Bluefort said. 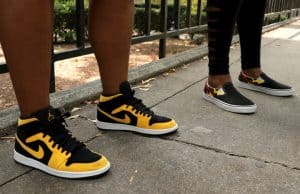 Bluefort said she collects them and is up to eight pairs. She said her style leans towards athletic streetwear and urban looks. 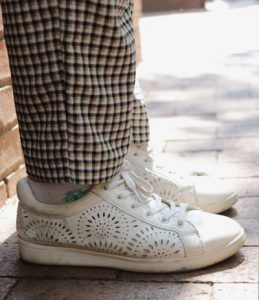 Advertising student Anne Heiler said she thrifts for all her clothes and is wearing white cutout patterned sneakers with checkered pants. Heiler is from Columbia, so she said she knew all the best thrift stores before starting school at USC.

Kodi Gaffney works at APB, a sneaker store in the Vista, and is wearing clay green and white Air Jordan 1s. Gaffney collects Air Jordans, however, he said he mostly wears loafers. 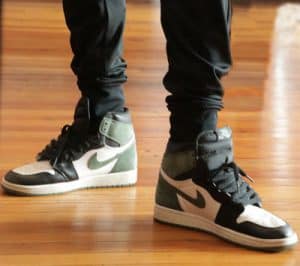 “Honestly if I didn’t work here, I wouldn’t wear sneakers at all,” Gaffney said. 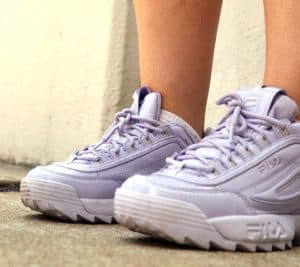 Calicutt described her style as eccentric and unique.

“Cause I just kind of wear whatever I like no matter if it’s cute or not,” she said.

Art studio student Mazie Cook got her black combat style boots in California while visiting the majestic redwood forests. She loves these boots because they’re an easy staple, they go with anything and make things a little bit edgier. 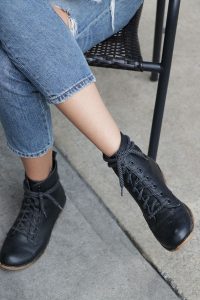 “These got chewed up by some doggies so they have a little extra love on them,” Cook said.

Patrick Lawson joined Cook for some cold brew at Drip in Five Points wearing blue and white Vans. Lawson said he’s been wearing Vans since he was a kid because he grew up skateboarding. 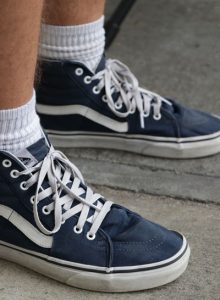 “I just try to be comfortable,” he said. “Sorta look nice because that’s what my mom wants me to do.”