Muschamp says facing a familiar foe won’t be an advantage 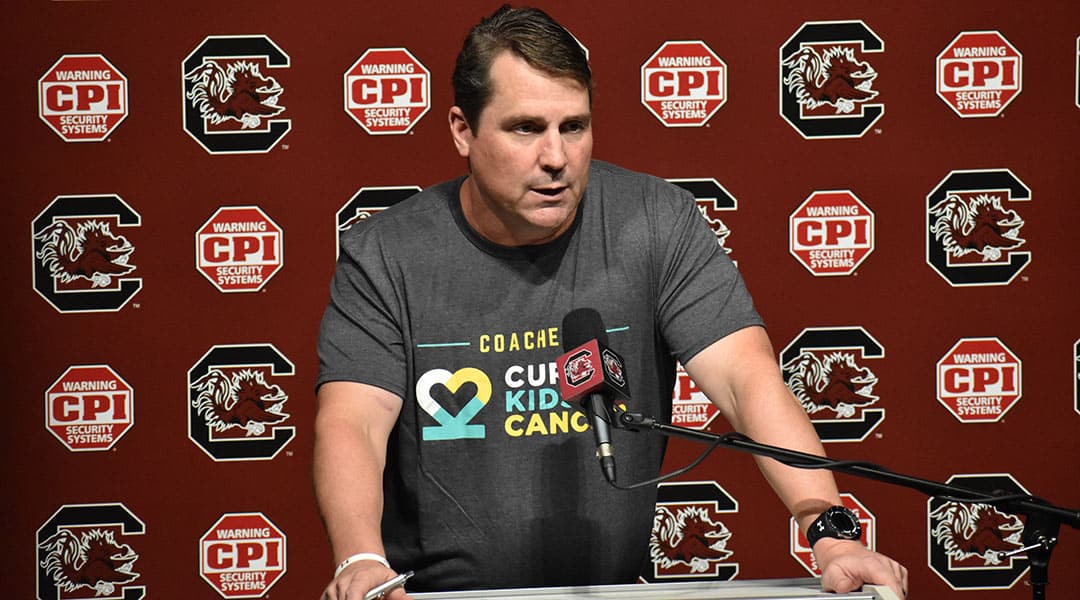 As South Carolina prepares to take on Alabama this week, Gamecock’s Head Coach Will Muschamp dispelled any rumors that his knowledge of the Crimson Tide’s head coach Nick Saban will give either coach an upper hand in the game.

“The familiarity on each side of things is a little blown out of proportion as far as those things are concerned,” Muschamp said at his weekly Tuesday news conference. “You know, I haven’t worked for Nick since 2005.  That’s a long time ago.”

“I don’t think it has a whole lot of bearing on the game,” Muschamp said.

Although Muschamp does not expect their personal connection to have an impact on how Saturday’s game is played, he did say that his program is strongly influenced by the way Saban directs his program.

“How we practice is very similar to what we did when I was with Nick,” Muschamp said.  Both coaches can be found working very hands on during practices.

“A vast majority of what we do is based on what I learned from him.”

Muschamp first coached under Saban at Louisiana State University in 2001.  The two coaches would go on to win a BCS National Championship together in 2003 at LSU.  Muschamp then followed Saban to the National Football League’s Miami Dolphins to be an assistant head coach.

“I learned a lot,” Muschamp said, “From a scheme stand point I think you gotta be philosophically aligned with him as far as how he sees the game.”

Muschamp said he learned a lot from Saban on how to evaluate players from their time together with the Dolphins.

This will be the first time the two coaches face each other since Muschamp has been at South Carolina, but the third time since Muschamp started his head coaching career.  Saban’s Tide beat Muschamp’s Florida Gators the two times they squared off.

In the sixteen games Saban has faced former assistants, he has never lost a game.

Muschamp’s Gamecocks will take on Saban’s Crimson Tide Saturday at 3:30 p.m. in Williams-Brice Stadium.  The game will be televised nationally on CBS. 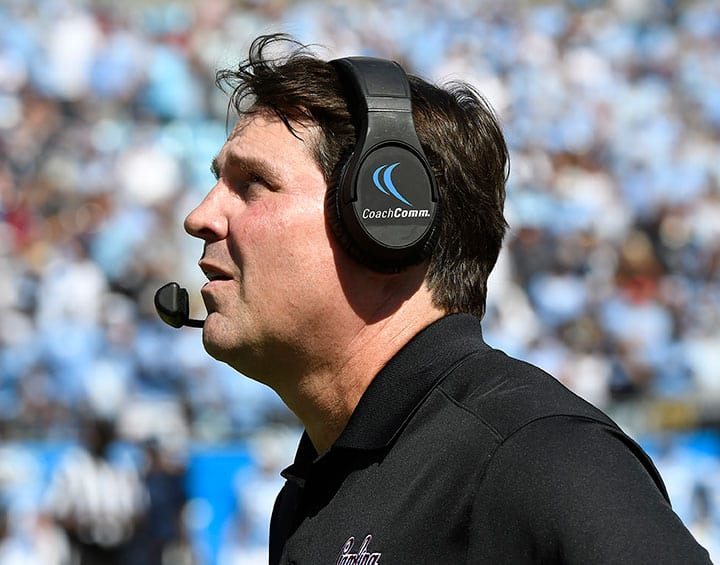 Coach Will Muschamp looks on as his Gamecocks fight for a win. Credit: South Carolina Athletics 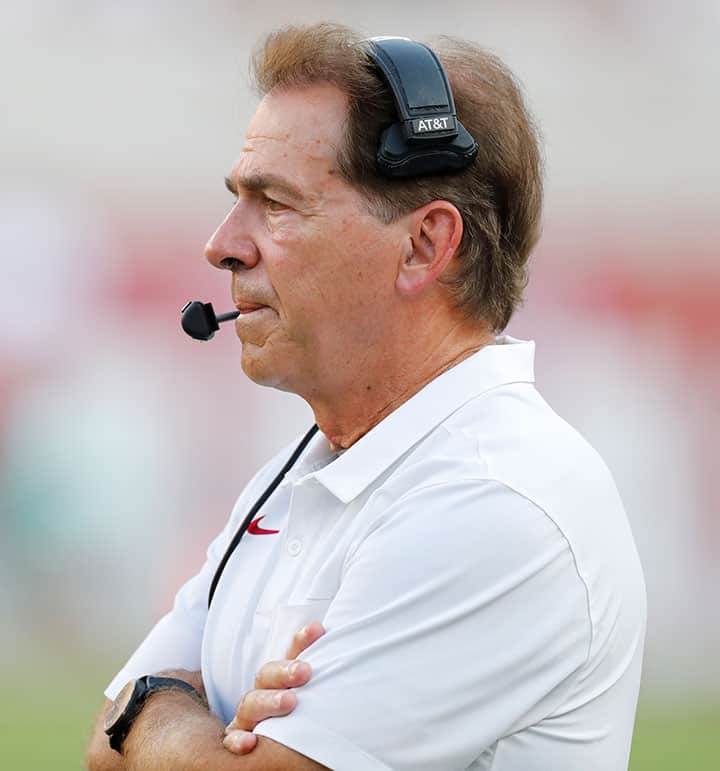 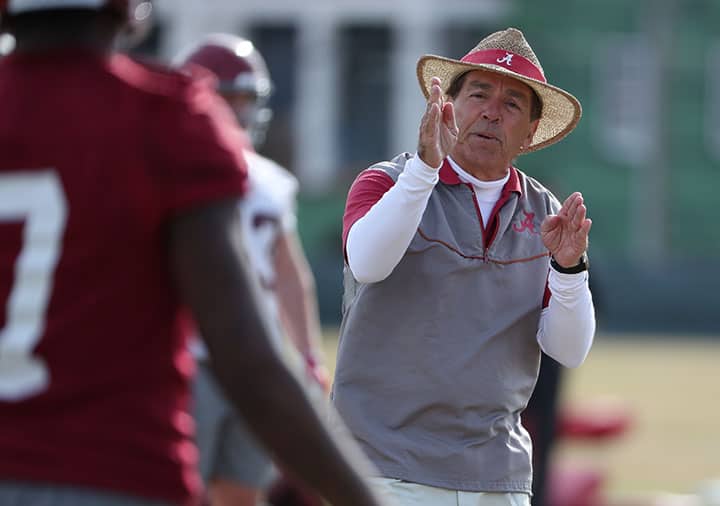 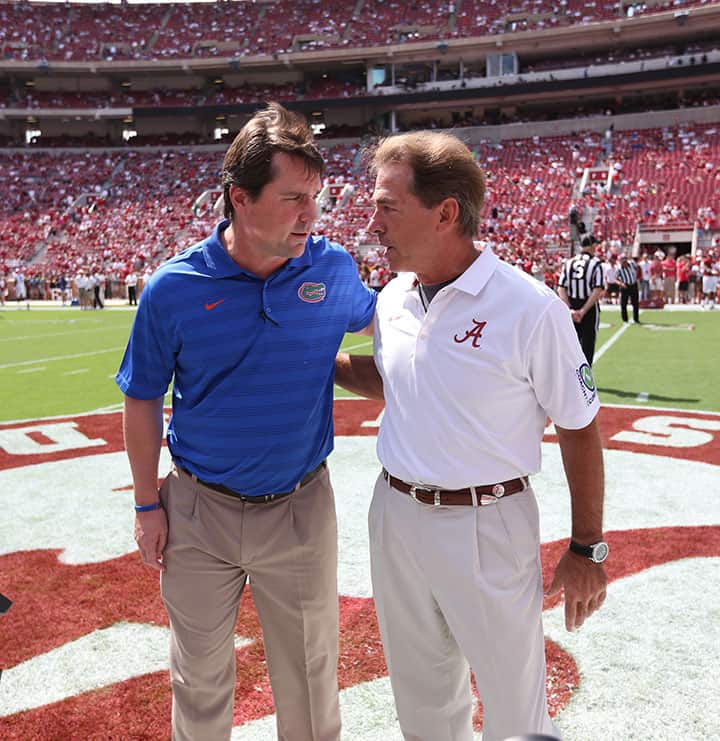 Will Muschamp and Nick Saban meet at midfield before the two coaches go head to head for the second time.