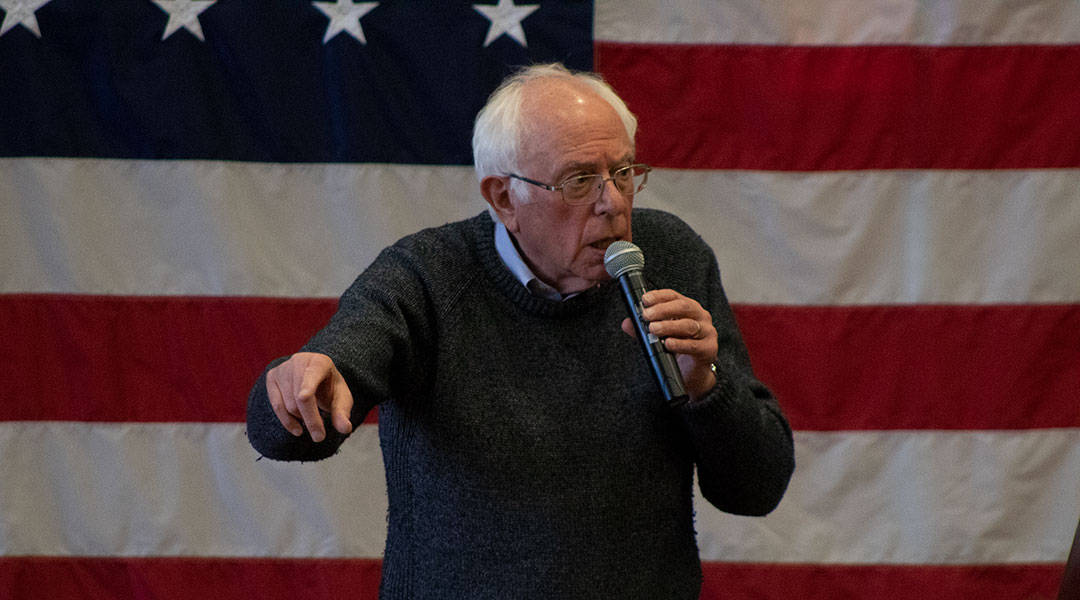 Bernie Sanders spoke at UofSC’s Russell House Ballroom at an “eat and greet,” where supporters were fed a meal of chicken and waffles before seeing the senator Sunday afternoon.

Wade Fulmer is the picture of an aging veteran.

The South Carolina native sports a hat with the insignia of the 82nd Airborne with a Vietnam service pin, a sign of his tour in the country from 1969-70. Despite the perception that veterans generally vote Republican, Fulmer came to the University of South Carolina campus Sunday afternoon to see his preferred candidate, Vermont Sen. Bernie Sanders.

“He’s opposed to these continuous interventions and regime changes that we have,” Fulmer said. “It’s time for the change that we do not pursue all of these regime change actions.”

Sanders came to the UofSC Russell House Ballroom for an “Eat and Greet” event, where supporters were served fried chicken and waffles before his speech. As one of the most progressive candidates for the Democratic nomination, Sanders drew an extremely diverse crowd.

Although Fulmer is an unlikely Sanders supporter, he said many of his veteran friends are losing faith in President Trump.

“The ones that I thought maybe supported Donald Trump initially, I think the majority do not now,” Fulmer said. “He’s been a very undignified commander in chief.”

The senator was preceded on stage by campaign co-chair Nina Turner, who gave a fiery speech in favor of the senator’s platform.

“Either you are on the side of the people, or you are not,” Turner said. “We need fundamental change in the United States of America.”

Hayden Shipley, a first-year finance student at UofSC, attended the event despite his lack of support for Sanders.

“The only thing that worries me about Bernie is he has a consistent track record of having socialist ideas, but his actions tend to come out in capitalist manners,” Shipley said. “His campaign themselves were paying under a $15 minimum wage that he’s advocating for.”

The Sanders campaign was accused of underpaying staffers last July, but the issue was resolved between the workers’ union and campaign manager Faiz Shakir.

Another student who shared a table with Shipley was Gabriel Tirado, a third-year information technology student and Sanders supporter.

“For me, the biggest draw to Bernie as a candidate is his consistency,” Tirado said. “His comprehensive domestic policy is what we need in America right now, from the Green New Deal to free college tuition to legalization of marijuana.”

While speaking about his policies, Sanders often posed questions to the audience and called on attendees to answer.

“What do I mean by a rigged economy? Day-to-day life for millions of people, what does it mean,” Sanders said.

“Wage slavery,” Tirado answered. “There are many people across the nation not getting paid the value that they produce.”

Another attendee who was skeptical of Sanders was Olive Mathison, a self-described communist and former music education student at UofSC.

“He’s the only person I would vote for, but people like to consider Bernie as someone who is very far left, but honestly I kind of view him as a centrist,” Mathison said. “The idea that healthcare should be free, rent control, LGBT rights, all that is the bare minimum that a society should have.”

Mathison went on to say that, although they would support him in the presidential race, Sanders gets too much credit from the public.

“Everyone needs to stop giving this guy such a pat on the back, he needs criticism too. He is an imperialist,” they said.

Before departing the stage to meet supporters and take pictures, Sanders summarized the message of his campaign.

“What we have got to do together, and that’s the only way it can be done, is not just beat Trump, we gotta transform this country,” Sanders said. “Brothers and sisters, this is an unprecedented moment in American history.” 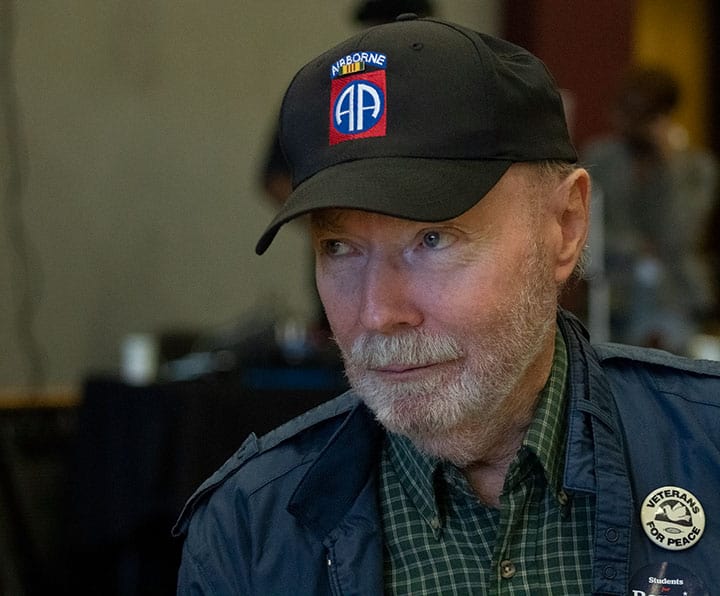 Wade Fulmer, a veteran of the Vietnam War, says he supports Sanders. “He’s opposed to these continuous interventions and regime changes that we have.” 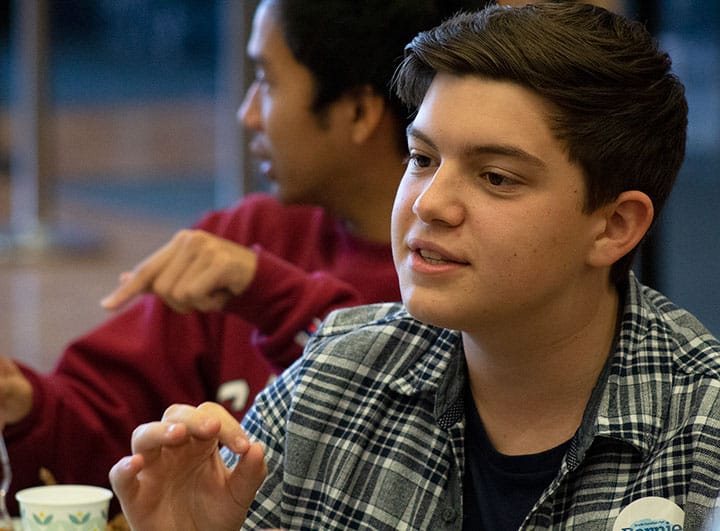 Hayden Shipley, a first-year finance student at UofSC, is skeptical of Sanders. “He has a consistent track record of having socialist ideas, but his actions tend to come out in capitalist manners.” 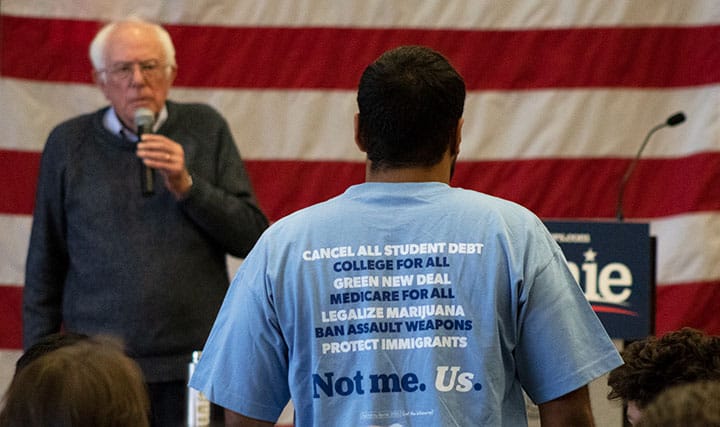 During his visit, Sanders called on members of the audience to answer questions. “There are many people across the nation not getting paid the value they produce,” said Gabriel Tirado, a third-year information technology student. 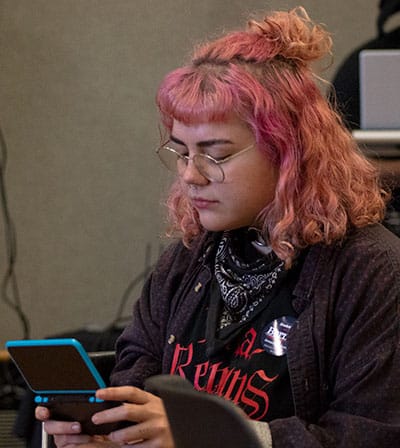 Olive Mathison, a self-described communist, is not satisfied with the treatment of Sanders by his supporters. “Everyone needs to stop giving this guy such a pat on the back, he needs criticism too.”