Saving Columbia’s cats, one stray at a time 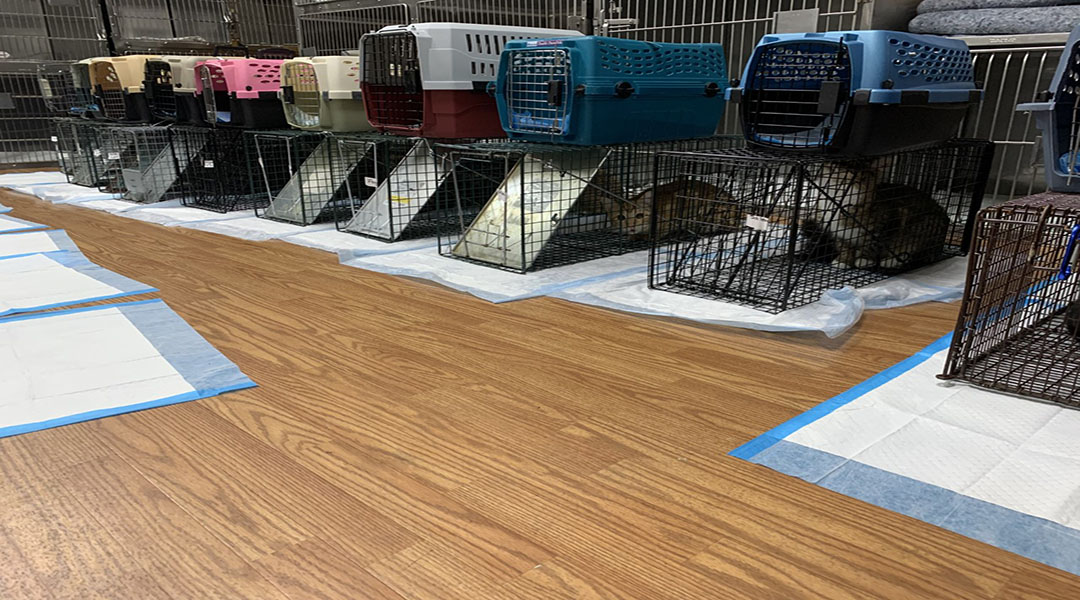 The Humane Society in Columbia spay or neuters feral cats that were caught by the public every Tuesday.

For Midlands residents, seeing cats out and about is a part of daily life. Each year, approximately 1.4 million cats are euthanized in America, according to the Kitten Coalition. But not in Columbia.

The city manages its feral cat population through the use of TNR, or trap, neuter, release/return. This is a process where strays are captured in traps, brought to a local veterinary clinic, neutered, and returned to where they were found.

Mary Totts, founder of the Safe Cat Coalition in Columbia, is a major reason why stray cats are now dealt with humanely.

“A group of us took up all three hours of a city council meeting and explained what should be done and what was cruel,” said Totts. “By the end of the night, the cats could run free.”

Totts is one of many private citizens who have taken it upon themselves to capture stray cats and take them through the TNR process. Her group successfully released 632 newly neutered cats last year alone.

“Anyone can do it. I’ll bring my traps out on Monday and watch them, then take in ten strays on Tuesdays,” Totts said.

Another group of private citizens who work hard to help the feral cats is Sunset Felines. The nonprofit takes it one step further, however, and offer sanctuary for the strays.

“In theory, TNR means you trap, you spay/neuter, and then take them back,” said Frankie Kelly-Johnson, co-founder of Sunset Felines. “But nobody tells you what you do when you trap a sweet momma, or babies. You don’t want to take them back just to survive.”

Sunset Felines has 24 stray cats that the group has rescued. The cats are available for adoption, but the organization has struggled to find enough people willing to take a cat home.

“In the last four or five years, nobody wants to adopt a cat,” said Kelly-Johnson. “It’s just been really hard.”

A major proponent of TNR in Columbia is the local Humane Society. So far in 2022, the organization has spay/neutered 172 feral cats.

The city of Columbia strongly encourages average people to help with TNR. The local Humane Society rents out traps and returns deposits in full. With the spay/neutering being free, people can participate in TNR at no cost.

“In Columbia, we have a lot of people who are really dedicated,” said Wallace Mixon, the marketing assistant at the Humane Society. “We have a couple regulars who bring in strays every day.”

Despite having some local residents who are devoted to utilizing TNR, Mixon and others believe that there’s a large population of citizens who aren’t familiar with it at all.

“There’s not many people aware of TNR in Columbia,” Mixon said. “The education on it, in my opinion, is not the best. When I got the job here, I didn’t even know about it.”

For those interested in participating in TNR, you can learn more about it here. 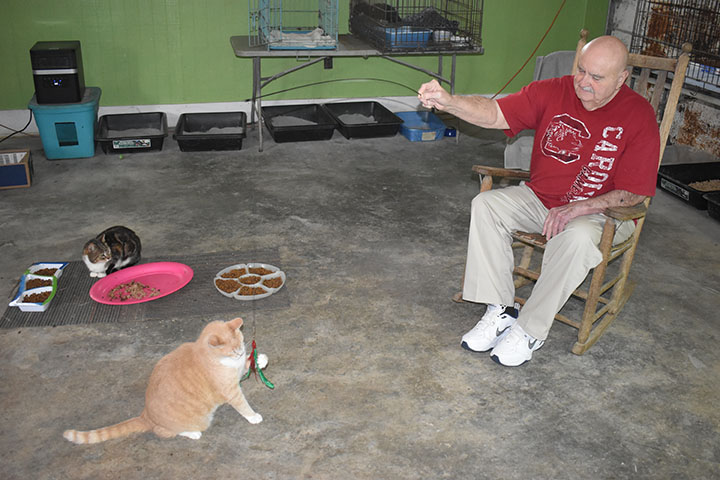 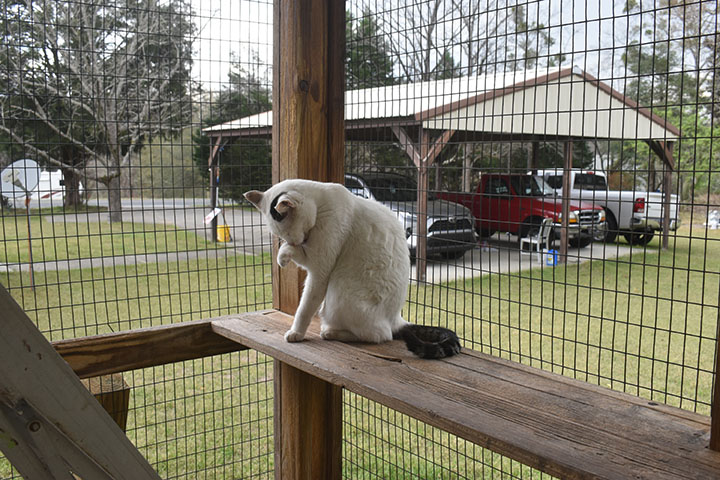 Sunset Felines’ cat sanctuary includes a hand-built outdoor play area so the cats can safely be outside. 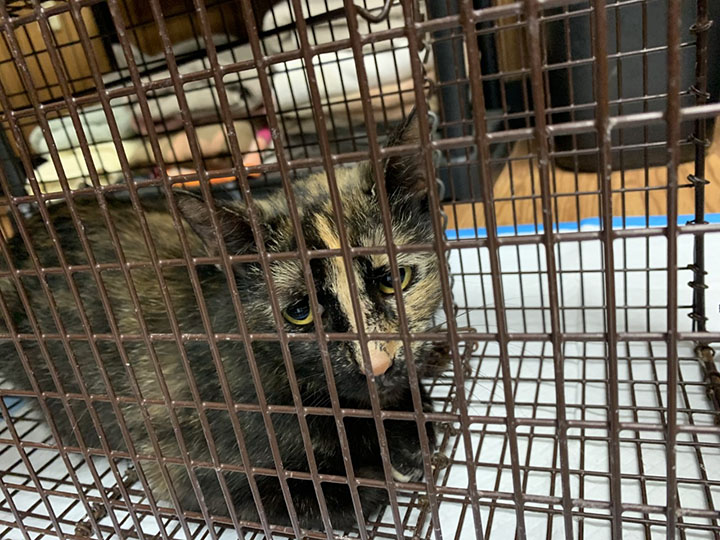 Stray cats who have been spayed or neutered will be returned to the area they were found after recovering. 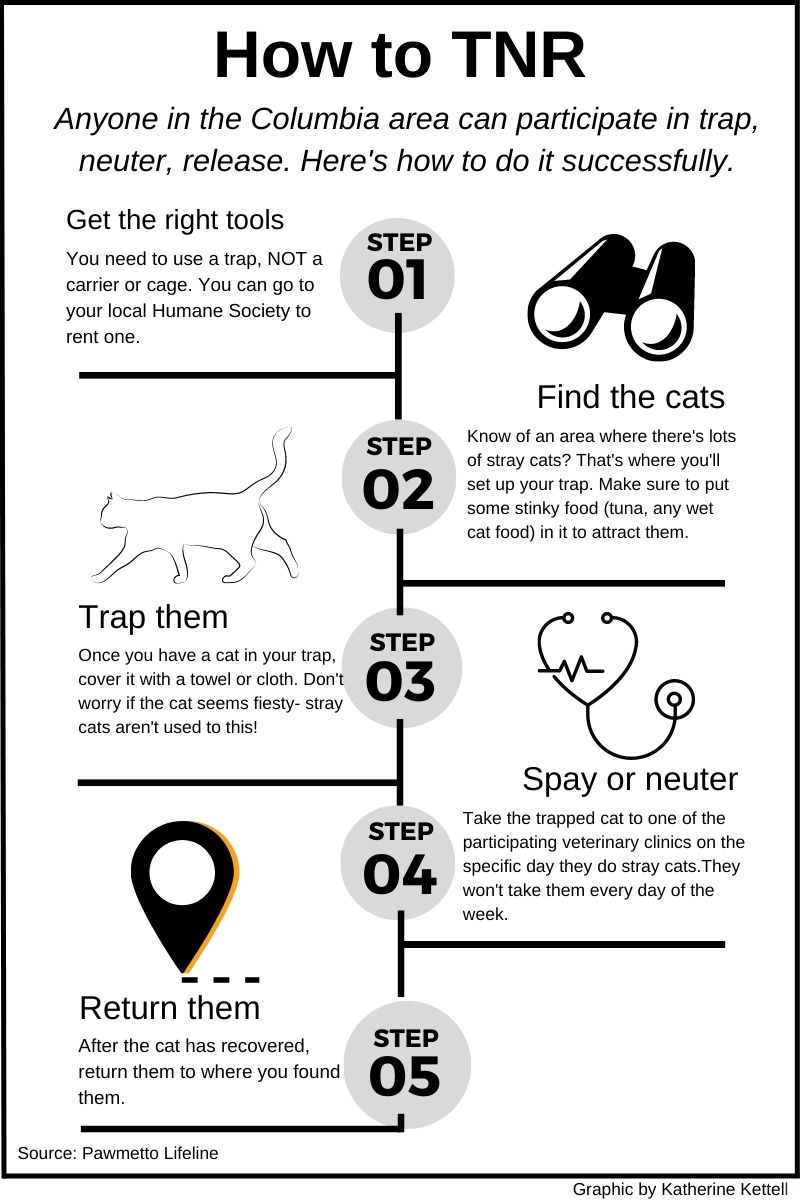