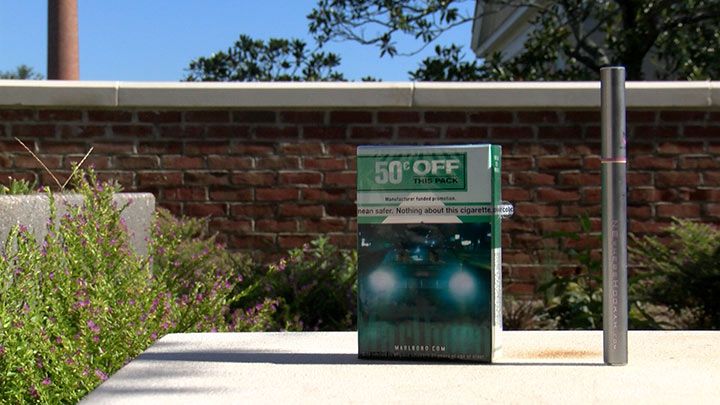 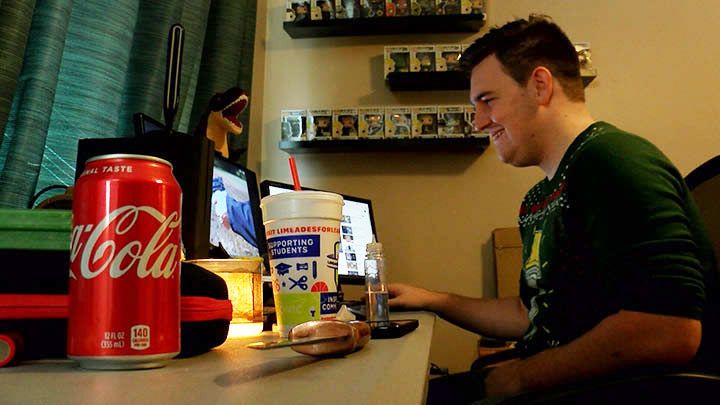 Alex Arroyo, from Gaston, S.C. is an avid user of vapers. 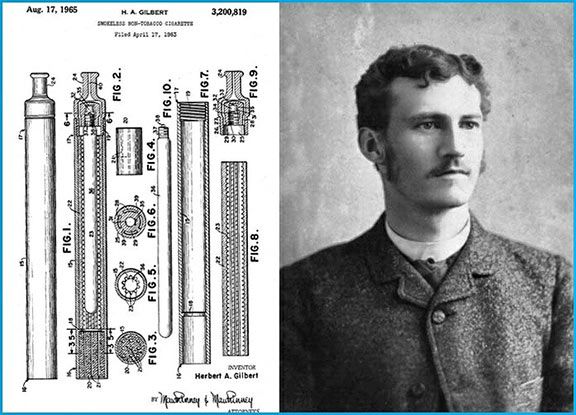 Herbert Gilbert patented the design for his e-cigarette in 1963, but his product never became popular. 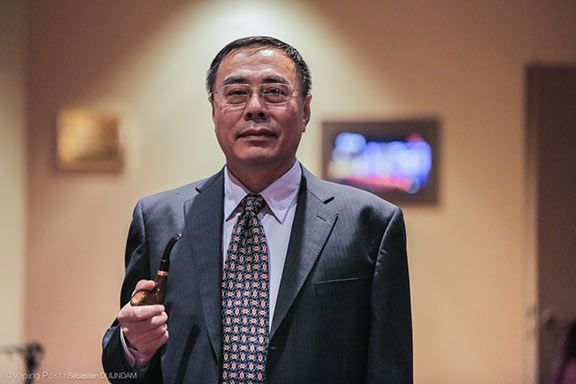 In 2003, Hon Lik, a Chinese pharmacist, created nicotine vapers, not knowing its popularity in the U.S.

E-cigarettes and vapers have become very popular in the Unites States in recent years, particularly among those who take to heart advertisements that suggest vapers and e-cigs help smokers quit smoking.

But new studies suggest that’s not entirely the case, with even non-nicotine e-cigarettes elevating adrenaline to the heart.  Some e-cigs and papers also still have nicotine in them, but customers you can determine how much you want to be put into them.

“The shop I go to, they dose it there,” said Alex Arroyo, a mall security guard from Gaston. “They put the nicotine in there. So you can ask for none, you can ask for 20 milligrams of nicotine, which I don’t recommend because it would kill you right away.”

E-cigarettes and vapers have been around since the 1960s since Herbert Gilbert developed his “smokeless non-tobacco cigarette.” Gilbert, a Korean War veteran and heavy smoker, designed a product where the leaves were not burned but heated — like brewing tea. He applied for a patent in 1963 and it was granted, then shopped his product around but no one wanted to manufacture it. Gilbert believed that his timing for his electronic cigarette was off by several decades.

In 2003, Chinese pharmacist Hon Lik, who was also a heavy smoker, wanted to find an alternative to using nicotine patches. He designed a product that would vaporize liquid that contains nicotine. The problem was that by 2006 this technology was already in use in America.

The devices deliver nicotine with flavoring and other chemicals in a vapor instead of smoke. But there are also non-nicotine devices, such as e-Hookahs.

A study by UCLA found that chronic e-cigarette users have elevated sympathetic nerve activity which increases adrenaline directed to the heart.

“Many believe that the tar — not the nicotine — is what leads to increased cancer and heart attack risks,” said Dr. Holly R. Middlekauf, senior study author and professor of medicine and physiology at the David Geffen School of Medicine at UCLA.

“So, we asked the question, are e-cigarettes safe?” Middlekauf said.

E-cigarettes are suggested to trigger immune responses in the lung that can contribute to inflammatory lung diseases.

UCLA did another study to separate nicotine from the non-nicotine components when looking at the heart impact of e-cigarettes on humans. Thirty-three healthy humans were chosen who were not current e-cigarette or tobacco cigarette smokers. Participants used an e-cigarette with nicotine, one without nicotine or an empty ‘sham’ device on different days. During the experiment, scientists observed what is called oxidative stress — a condition that increases risks for atherosclerosis and heart attack.

“While it’s reassuring that the non-nicotine components do not have an obvious effect on adrenaline levels to the heart, these findings challenge the concept that inhaled nicotine is benign, or safe,” Middlekauf said.

While long-term adverse effects of e-cigs and vapers are now starting to become clear, the idea that they are “healthy” alternatives may be a misnomer. The study says that the only true solution is to simply not smoke at all.

Arroyo, who takes college courses online, said he vapes in his free time and he does it mostly for the flavor.

“When I got nothing better to do at work, it just passes the time. I still have a bad habit of biting my nails, but I don’t think that’ll ever change,” he said. Arroyo said he believes he could drop vaping all together.

“I genuinely feel like I could drop it if I wanted,” he said. “It just, like I said, gives me something to do.”

Future studies about the risks of e-cigs and vapers will look more closely at oxidative stress and e-cigarette use, using a broader number of cardiac markers, in a larger population of people.

The rankings are in, and it's official: the #UofSCHRSM Master of Science in Sport and Entertainment is one of the best programs of its kind in the world! Click for more on what makes it so great:
https://bit.ly/MSEMRanking

There’s a new monument in honor of 9/11 and First Responders. Check out our website for more information!
https://carolinanewsandreporter.cic.sc.edu/wall-of-remembrance-unveiled-on-9-11/