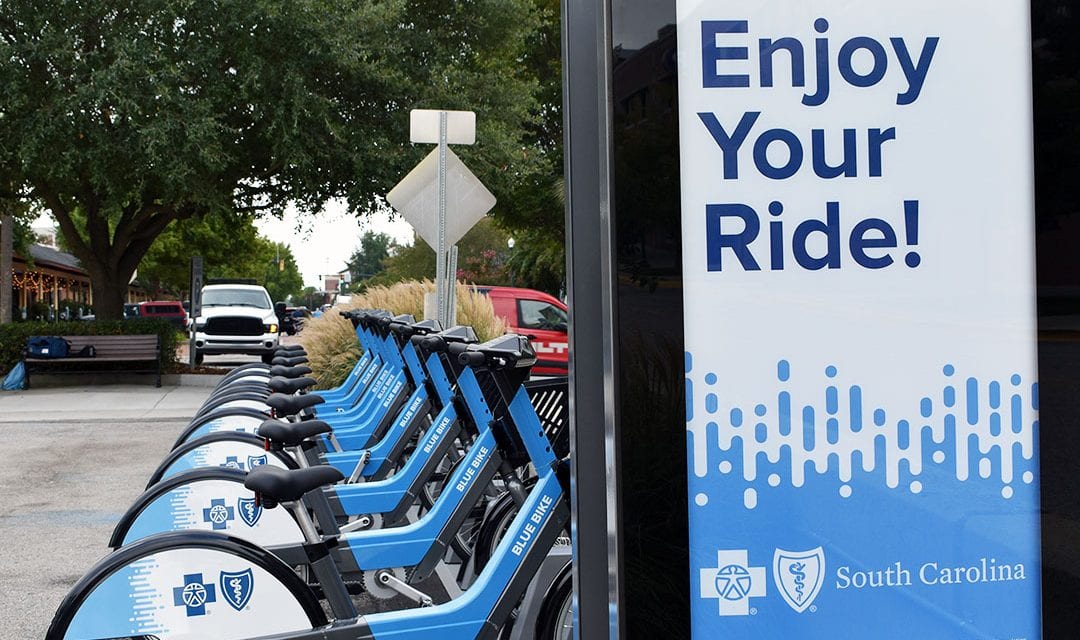 “We have just begun seeing the potential of addressing our mobility possibilities here in Columbia, S.C. and I’m so excited about what is coming next,” Mayor Steve Benjamin said during his speech.

The program will consist of 15 stations throughout the downtown area and include a fleet of 135 bikes. The fleet will contain two different types of bicycles; 85 traditional rider-powered bikes and 50 electric-assisted pedelec bikes.

The Canadian-based company Bewegen Technologies, creator of the bike share initiative, has a contracted agreement with Columbia that states that 80 percent of profits made from the program will go to the city for bicycle infrastructure.

Bewegen has previously launched bike share programs in 41 other cities including a recent launch in Raleigh, N.C.

More information about Blue Bike can be found at https://www.bluebikesc.com 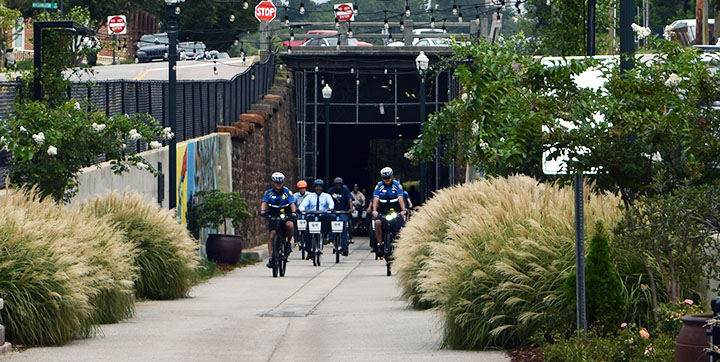 “I’m pushing 50 guys, that was easy. E-bike rules, you can have a great time and not break a sweat,” said Mayor Benjamin after riding into the press conference on Monday. Each Blue Bike station will include both traditional and electric-assisted bicycles. 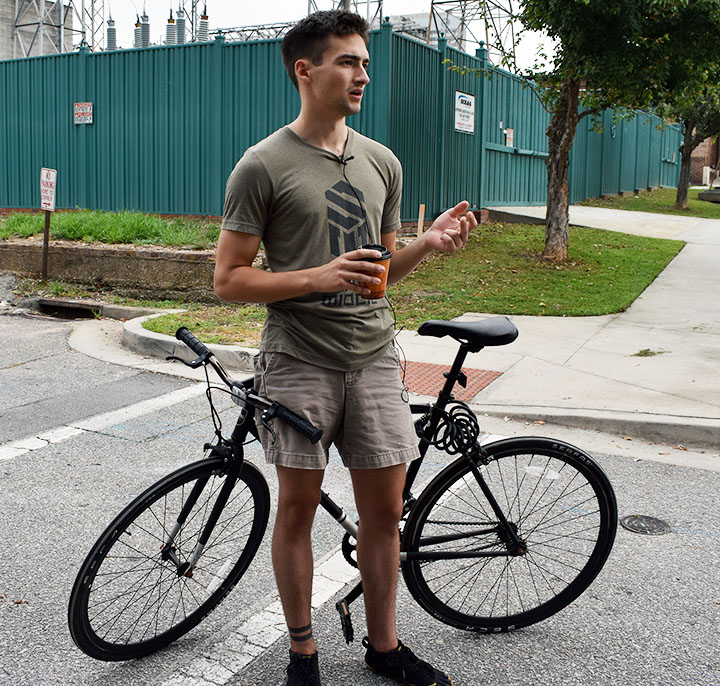 Elijah Summers, a downtown resident, said he believes Columbia is a very bikeable city and this new program will encourage people to ride a bike to their destination when they normally wouldn’t. 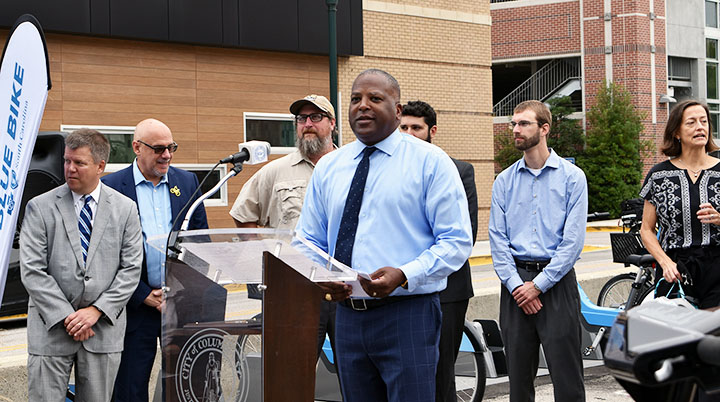 Mayor Benjamin said during the press conference that the city is, “excited for what this means for not just downtown workers but for our young people and everyone.” The company that produces the bicycles, Bewegen Technologies, has launched programs across the nation, most recently in Raleigh, N.C. 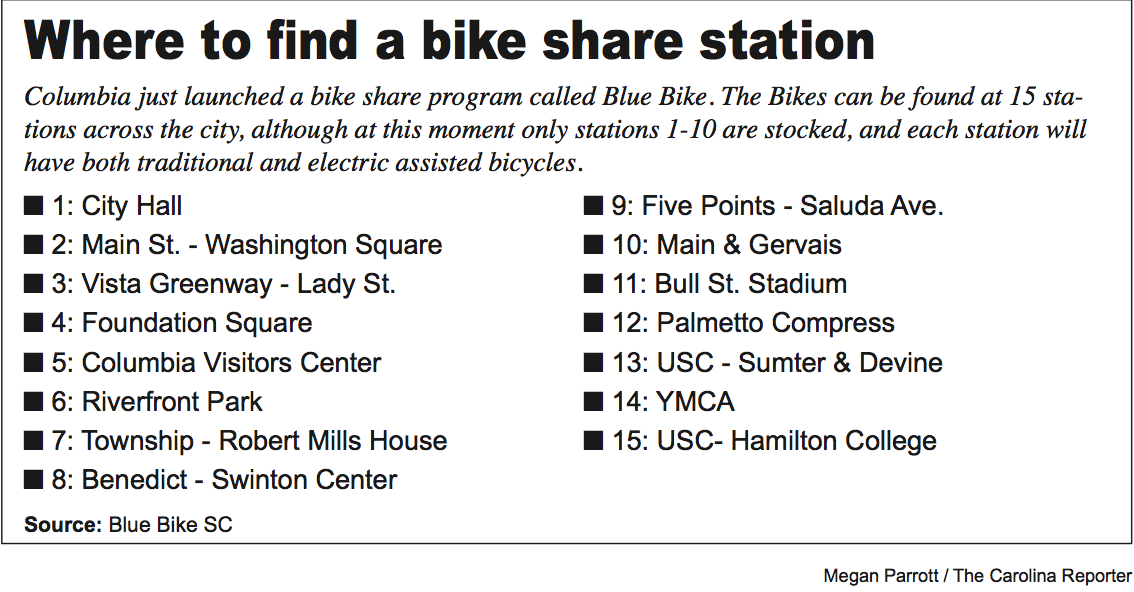