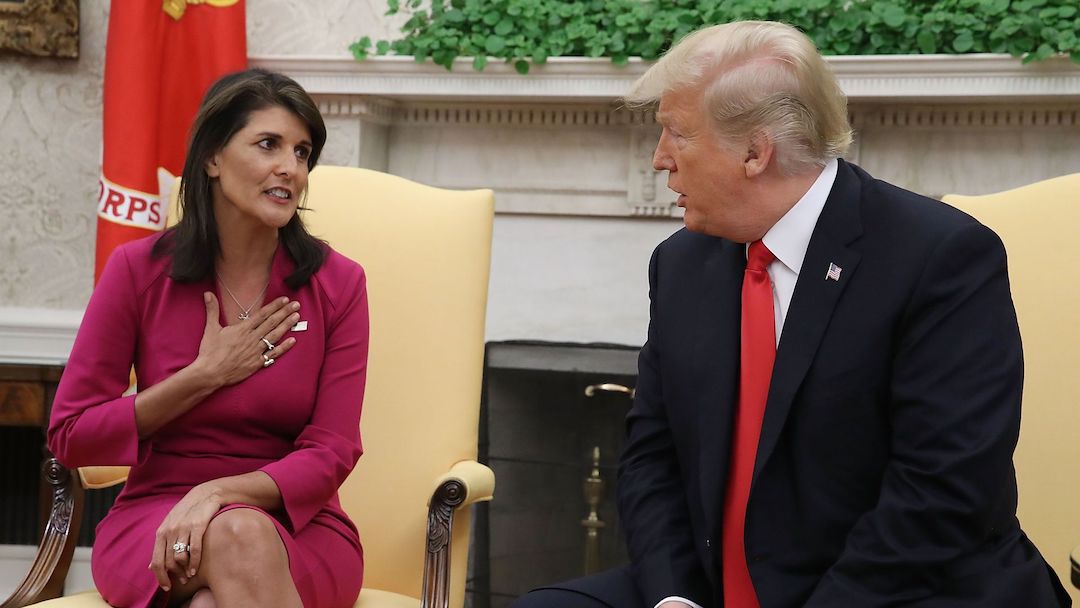 Nikki Haley announced her resignation as U.S. ambassador to the United Nations Tuesday, a decision that surprised the political establishment and immediately prompted speculation about her future political plans.

“It was all of a sudden, but like most people, I think it’s an interim step for something more significant and more important in the Trump administration,” said Don Fowler, a political science professor at the University of South Carolina.

Haley, a former South Carolina governor, was tapped by President Trump in 2016 to be the U.N. ambassadorship. At the White House Tuesday, she praised President Trump and lauded his foreign policy successes.

Cameron Stephenson, a member of the USC College Republicans, said that he’s heard a lot of speculation regarding her resignation.

“I have no honest explanation for her exit, other than that she most likely has the president’s support. In regards to what comes next for Ambassador Haley, I think she could be angling to take (Senator Lindsay) Graham’s seat in the event he gets appointed to a Cabinet position.” Graham is South Carolina’s senior U.S. senator.

Haley said her tenure as governor and ambassador gave her eight years in power and she thought it was time for others to step into key government roles. She will remain as ambassador through the end of the year.