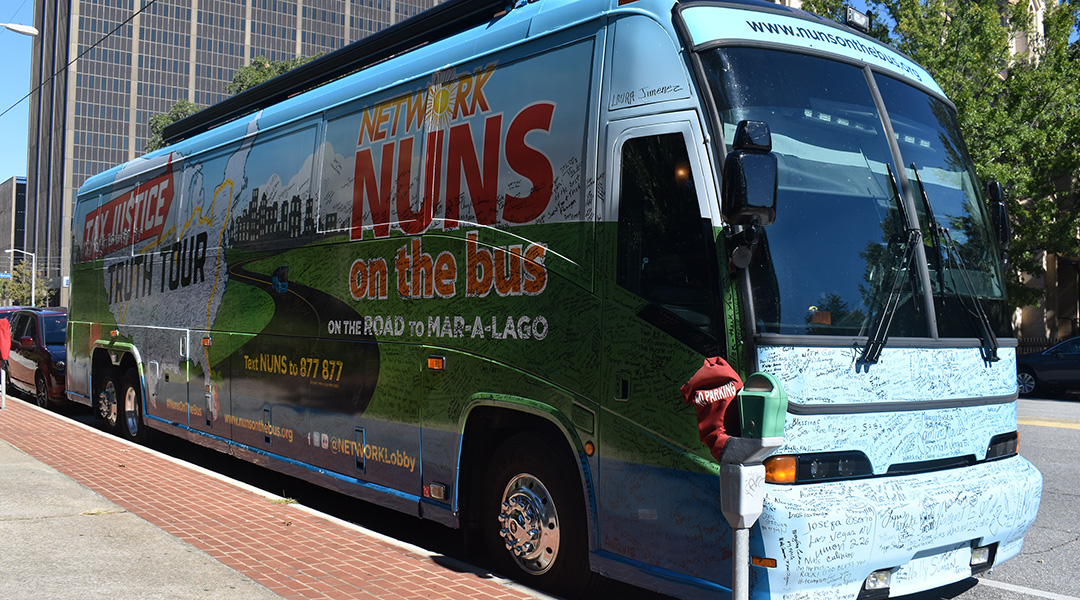 NETWORK, an organization that seeks to promote “justice and the dignity of all in the shared abundance of God’s creation,” was founded in 1971. The Nuns on the Bus are a facet of NETWORK; they travel the U.S. annually to advocate for more equitable federal policies.

Roman Catholic nuns committed to a vision of social justice came to South Carolina Tuesday to highlight the plight of low-wage workers and remind leaders of the toll near-poverty incomes have on the health of families.

NETWORK, a non-profit Catholic organization that sponsors the Nuns on the Bus campaign, has garnered headlines across America. Sister Simone Campbell, executive director for NETWORK, said the sisters came to try and understand issues that minimum-wage South Carolinians deal with on a daily basis.

“That’s why we’re on the road,” Campbell said. “We need to make a change.”

In a roundtable discussion, community leaders were invited to share their opinions on low-wage workers. One of the main issues discussed was housing affordability and the cost of living.

Rep. Jim Clyburn, D-S.C., explained that 232 affordable housing units will not be built nationwide because of President Trump’s signature tax initiative, the 2017 Tax Cuts and Jobs Act. This Republican tax law significantly changes the tax code to benefit corporations and high-income households, with little relief for middle to lower-class households.

Through just one provision of the tax bill, a higher tax deduction for business income earned through passthrough entities will personally benefit most of the members of Congress according to their public financial disclosures.

“When we reduced that corporate rate from 35 to 21 percent, we made tax credits for affordable housing unaffordable,” Clyburn said.

A study by Princeton University provided a thorough look at evictions in America, and Columbia was cited as the eighth worst. According to the study, court ordered evictions were ordered at a rate of 8.22 percent in 2016.

Immigration was also a popular topic of discussion at the meeting. Clyburn views immigrant workers as an essential part of the state economy.

“Agriculture in this state, and I could go beyond that, depends on immigration,” said Clyburn. “The tourism industry, our number one industry in South Carolina, will collapse overnight if the visas are closed down.”

Following the roundtable discussion, the nuns held a rally in front of the State House to discuss the connection between voter participation, elected officials and policies they consider harmful, such as the 2017 Tax Cuts and Job Act.

“We’re out here to say, hey, what is your reality? Tell us, and then let’s find solutions together so we can reclaim our constitution to be we the people,” Campbell said.

The nuns will continue their trip from South Carolina further south, where their final destination will be President Trump’s resort in Mar-a-Lago. They intend to carry everything they’ve learned through their stops across the country to the President, in hopes of working towards a more just tax policy. 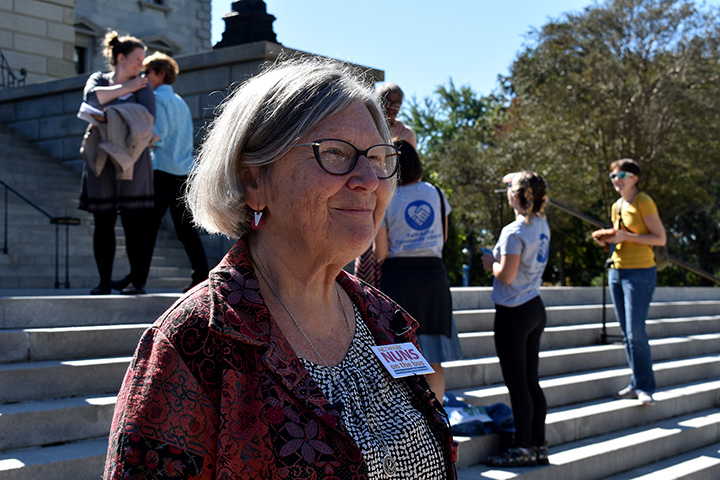 Sister Simone Campbell says that she thinks a lot of Republican politicians don’t think highly of low-wage workers. She believes they are the hardest working people she knows. 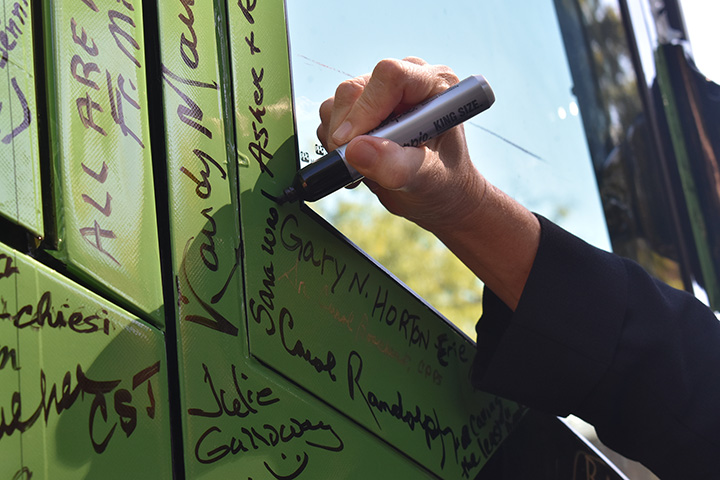 Attendees of the rally were given the opportunity to pledge money to the Nuns’ cause and sign the bus following the event, allowing them to become a part of the movement across the U.S. 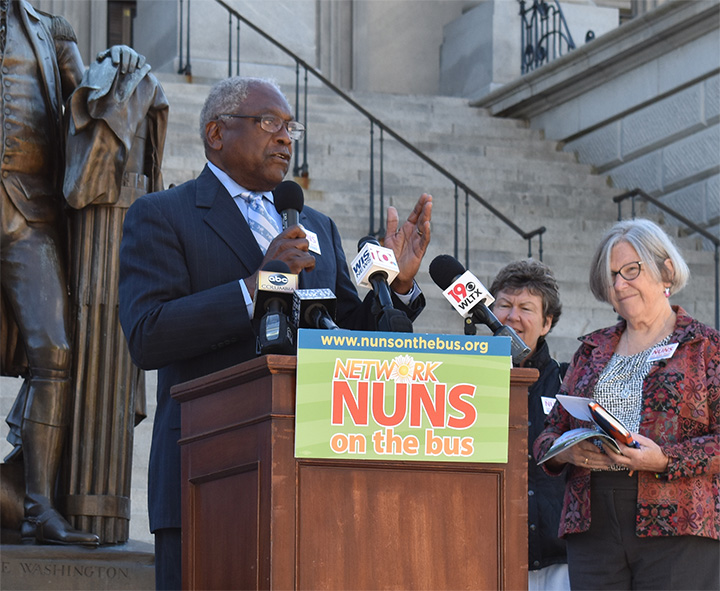 South Carolina Rep. Jim Clyburn thanked the nuns for their mission, not only in Columbia, but across the U.S., and encouraged people to vote in the mid-term elections.

The nuns from Nuns on the Bus discuss boosting wages for low-income workers in talks with Columbia area leaders. This trip has focused on the impact of the Trump tax cuts and the nuns’ efforts to hold 2017 Tax Cuts and Jobs Act and holding elected officials accountable for their vote.