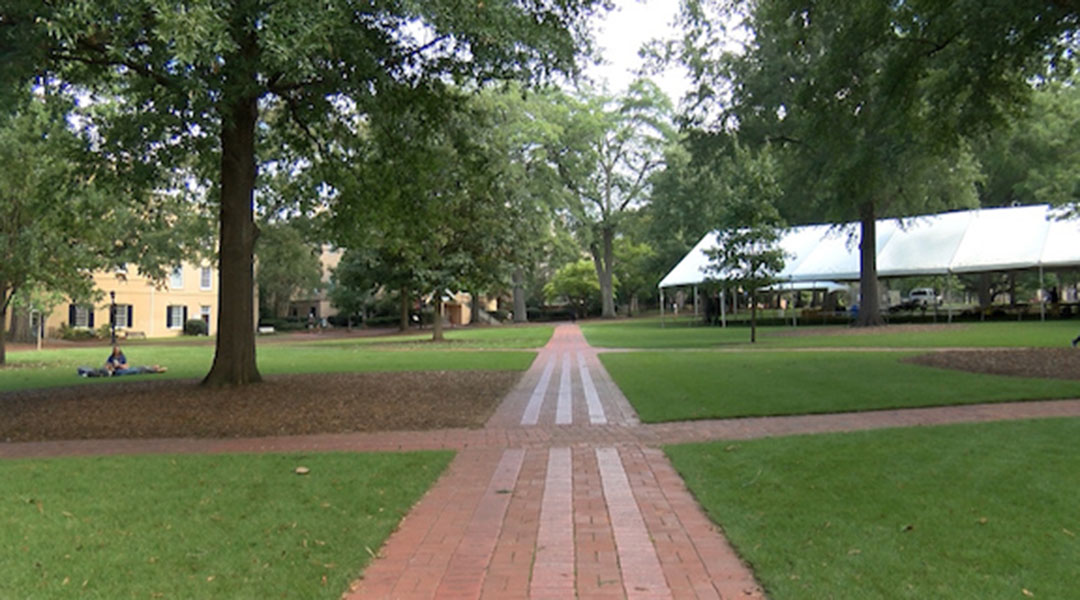 South Carolina’s flagship university will spend the bulk of its annual day of lobbying, Carolina Day, stressing the importance of funding for higher education and whipping up support for the Higher Education Opportunity Act.

The legislation, which would address in-state tuition rates and funding for the state’s public institutions of higher education, is one of multiple options on the table for addressing how South Carolina’s students pay for college.

As the Legislature prepares for a debate over higher education funding, USC officials are throwing support behind a bill that would freeze in-state tuition for one year while setting up a designated trust fund that would direct internet retail sales tax revenue to the state’s public colleges.

The bill was introduced by Sen. Vincent Sheheen, D-Kershaw, and is co-sponsored by a bipartisan group of eight other legislators. The two-time Democratic nominee for governor argued that increased funding was needed to make up for cuts to funding during the Great Recession at the end of the previous legislative session.

Higher education funding in the state was cut by almost $340 million from 2009 through 2012, according to the Commission on Higher Education, and Sheheen said the bulk of that hasn’t been recouped.

“As a father of two college students, I’ve seen first hand the outrageous cost of tuition,” he told reporters when announcing the legislation in May 2018. “And while I’m able to afford it, it still puts a strain on the family budget and I can only imagine that it would be for somebody out there earning minimum wage or struggling to get by.  Essentially, it’s out of reach.”

Sheheen made education a central point of both of his gubernatorial campaigns against former Gov. Nikki Haley.

Gov. Henry McMaster addressed the higher education question in his State of the State address, calling for a one-year freeze of in-state tuition and fees for public technical and four-year schools. He also proposed a $36 million appropriation to the Commission on Higher Education in his executive budget that would be distributed to the schools. That would amount to a six percent increase in the schools’ annual base budget, according to the speech.

As the university pushes for the HEOA, USC spokesperson Jeff Stensland said that while the governor’s proposal “compliments” the proposed legislation, it “doesn’t compete with the [bill]” in the university’s view.

“The major difference between the budget proposal and the Higher Education Opportunity Act is that HEOA establishes a long term, dedicated source of higher education funding,”  he said. “ It also establishes reliable funding for campus infrastructure repair and increases needs-based tuition aid for South Carolina students, which is critically important to many families across the state.”

In his address, McMaster said he believes his tuition plan will be a “first step” towards broader higher education reform.

“Our state’s institutions of higher education play a vital role in our state’s economic prosperity,” he said. “Their continued success is critical to keeping South Carolina competitive and winning.”

McMaster previously served on the Commission on Higher Education, and he appointed former state Sen. Wes Hayes of York County as chairman of the Commission in 2018.

Higher education funding may face some headwinds from lawmakers who want to put the greatest emphasis on K-12 funding during the 2019 session. House Speaker Jay Lucas, R-Darlington, introduced a bill to overhaul K-12 education in the state that includes pay raises for teachers, the consolidation of rural school districts and changes to the lottery scholarship system.

Within the K-12 legislation, there is an expansion of a current provision that provides tuition for children of firemen, law enforcement or government employees “totally disabled” or killed in the line of duty. The expanded bill would include the children of “full-time certified teachers” in school districts classified as below average or unsatisfactory for three of the last four years.

Sen. Greg Hembree, R-Horry, introduced an identical bill in the Senate. Hembree is chair of the Senate Education Commission.