Paying more attention to S.C. leash laws could save lives

For most pet lovers, walking a dog is a pleasant experience. For Forest Acres resident Mary Reynolds, that daily walk turned fatal for her canine Kizzy, a chihuahua with special needs, who died in August.

Three months ago, Reynolds and her husband were out walking Kizzy and their three other dogs on leashes. A large dog of a leash charged them from behind, scaring Kizzy and Reynolds’ other dogs.

Reynolds scrambled to pick her dogs up and 3-pound Kizzy fell from her arms and broke her neck. Kizzy was taken to the local animal hospital, but it was presumed that she had passed away at the scene.

“The magnitude of the loss of our little angel in this manner is indescribable,” said Reynolds. “She had already been through so much in her life. Despite that, she had a beautiful, happy spirit; one I will miss mightily for the rest of my life.”

After the incident, Reynolds immediately filed a police report with the Forest Acres Police Department. However, the 5th Solicitor’s Office chose to not file charges, because the unleashed dog did not bite Kizzy, and only scared her.

The penalty for having a dog off of a leash is a misdemeanor and offenders can be fined $50 for the first offense, and not more than $100 for each subsequent offense.

“We recently changed the law to include a dog being at large if the owner was not outside with it. It used to be as long as the animal was on its own property it would be considered not at large, but now, it’s considered at large,” said Hill.

Ignoring the leash law, or any other law regarding pet ownership, is an issue that Hill says creates a burden for Animal Control.

“It creates a situation where we have to utilize resources in order to address it,” he said.

Kizzy’s incident is not the only kind of situation that can be created if a dog is unleashed. An animal can get hit by a car, and other animals can attack your animal if one or the other is not restrained by a leash.

“A leash prevents a lot of accidents that are out of our control from happening and it just gives us that power to keep them close to us and control what happens around them,” said Olson.

Many people believe that even though their dog is friendly that it could get along with other dogs instantaneously. Tom Kelly, dog trainer and owner of Contented Services, says it doesn’t matter what you think.

“It doesn’t matter if the dog I have on a leash isn’t friendly, or just isn’t comfortable with strange dogs running up,” said Kelly. “I think this is the part most people believe wrongly, that every dog should get along with every dog instantly, and it’s the craziest thing I’ve ever heard.”

Kelly says there are alternatives for those who want somewhere to let their dogs roam free.

“If you think you want to have opportunities for your dog to be off leash, join an off leash dog park,” he said. “We’ve got a bunch here in town. Or, find places where you’re not going to put other people or other dogs at risk because you’re trying to have your dog off leash.”

Hill, Kelly, and Olson all agree that the safest thing to do is keep your dog on a leash, and that following the leash law can prevent deaths like Kizzy’s.

“The leash laws are put in place, not just for you, the public, but it’s for the animal as well,” Hill said.

If you enjoy walking your dog, keep them and yourself safe by attaching their collar to a leash. It just might save a life.

“I would ask that people who care about leash laws to please call law enforcement when they see violations,” said Reynolds. “We can’t get our baby back, but maybe they can prevent the pain we have endured from happening to another family.” 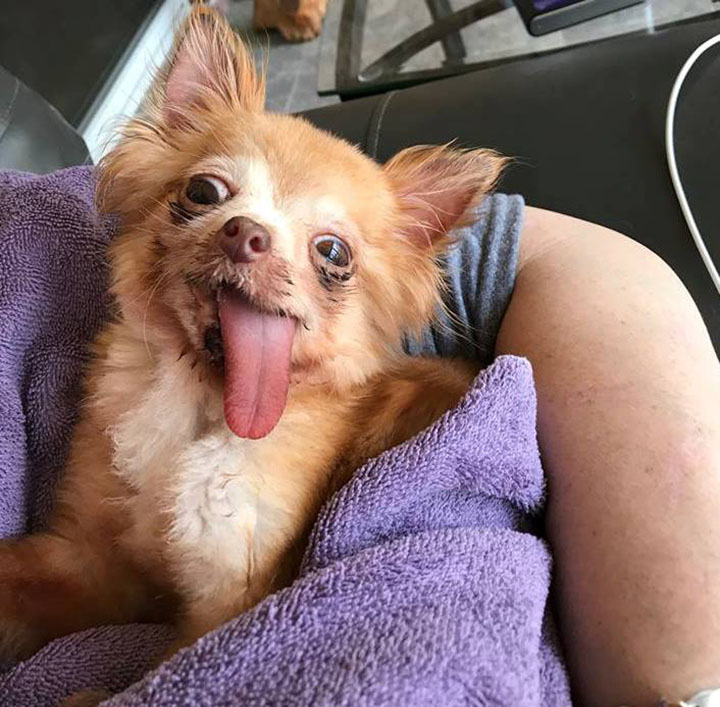 Kizzy, Mary Reynolds’ dog with special needs, passed away in Aug. 2018 after being scared by an off-leash dog. 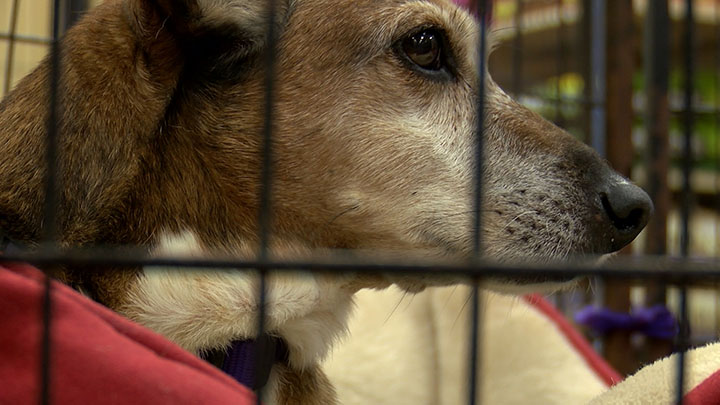 Candy is one of the dogs up for adoption at PETSinc. Attaching a leash to your dog can save lives like hers. 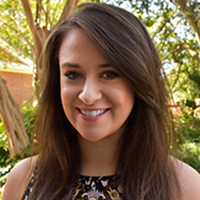 A South Carolina native, Sabrina Shutters is looking forward to utilizing the devotion and skills she has for multimedia journalism as a news reporter or anchor. Shutters interned with WFXG Fox 54 in Augusta, Georgia and WLTX News 19 in Columbia, South Carolina. Her journalistic interests range from covering investigative, hard news stories to feature stories that have historical significance. She was also co-producer and editor for two historical preservation films with the Savannah River Archaeological Research Program.