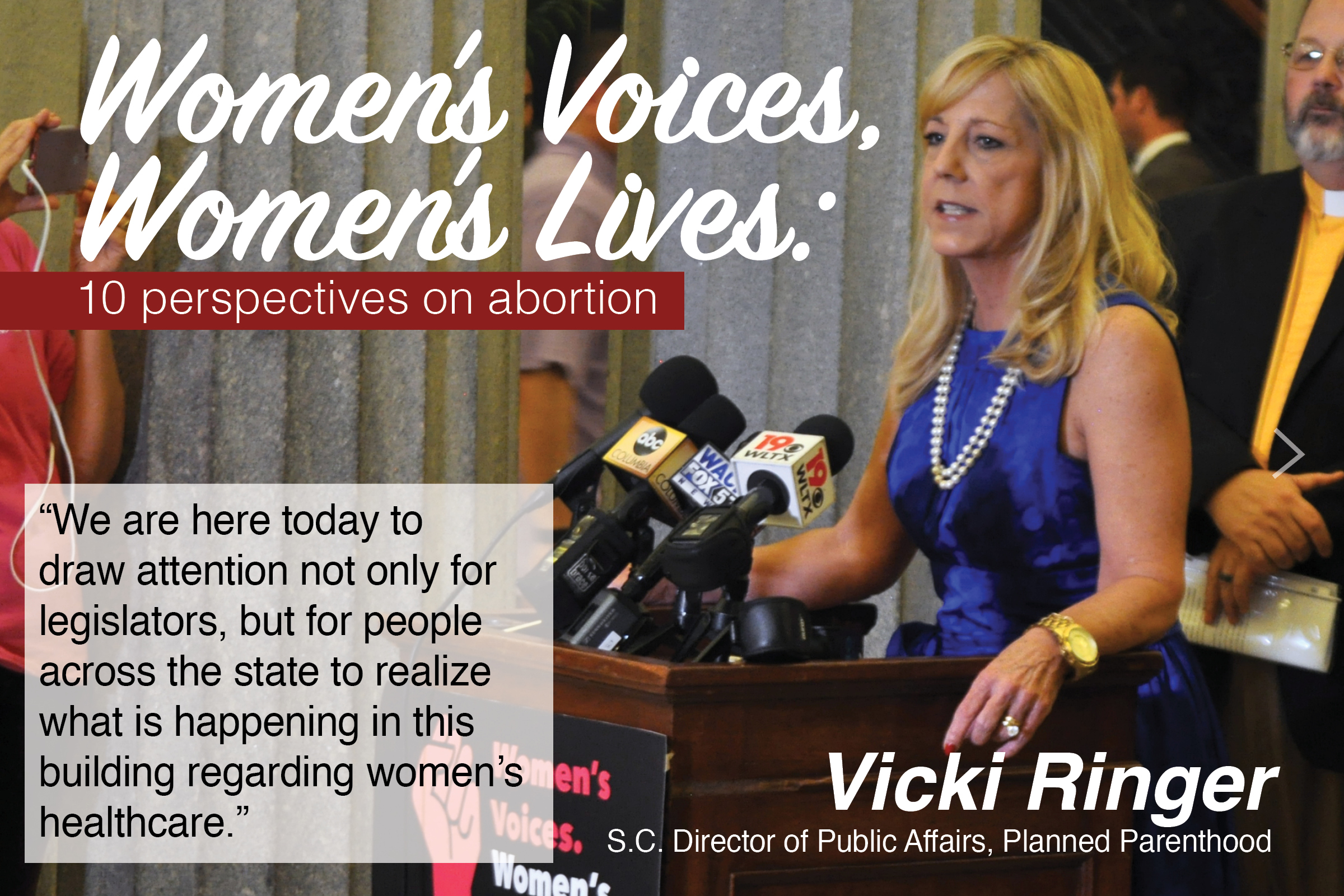 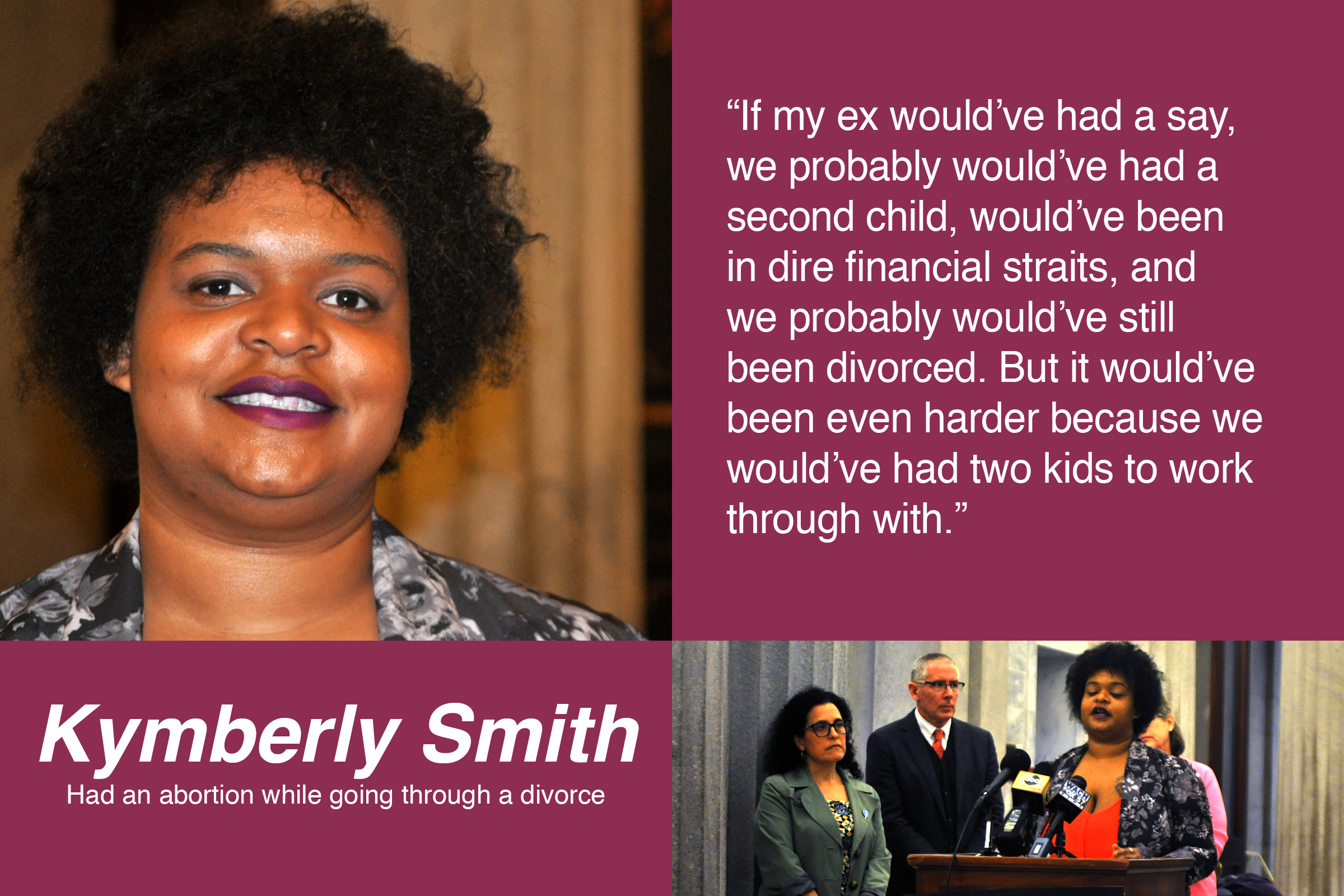 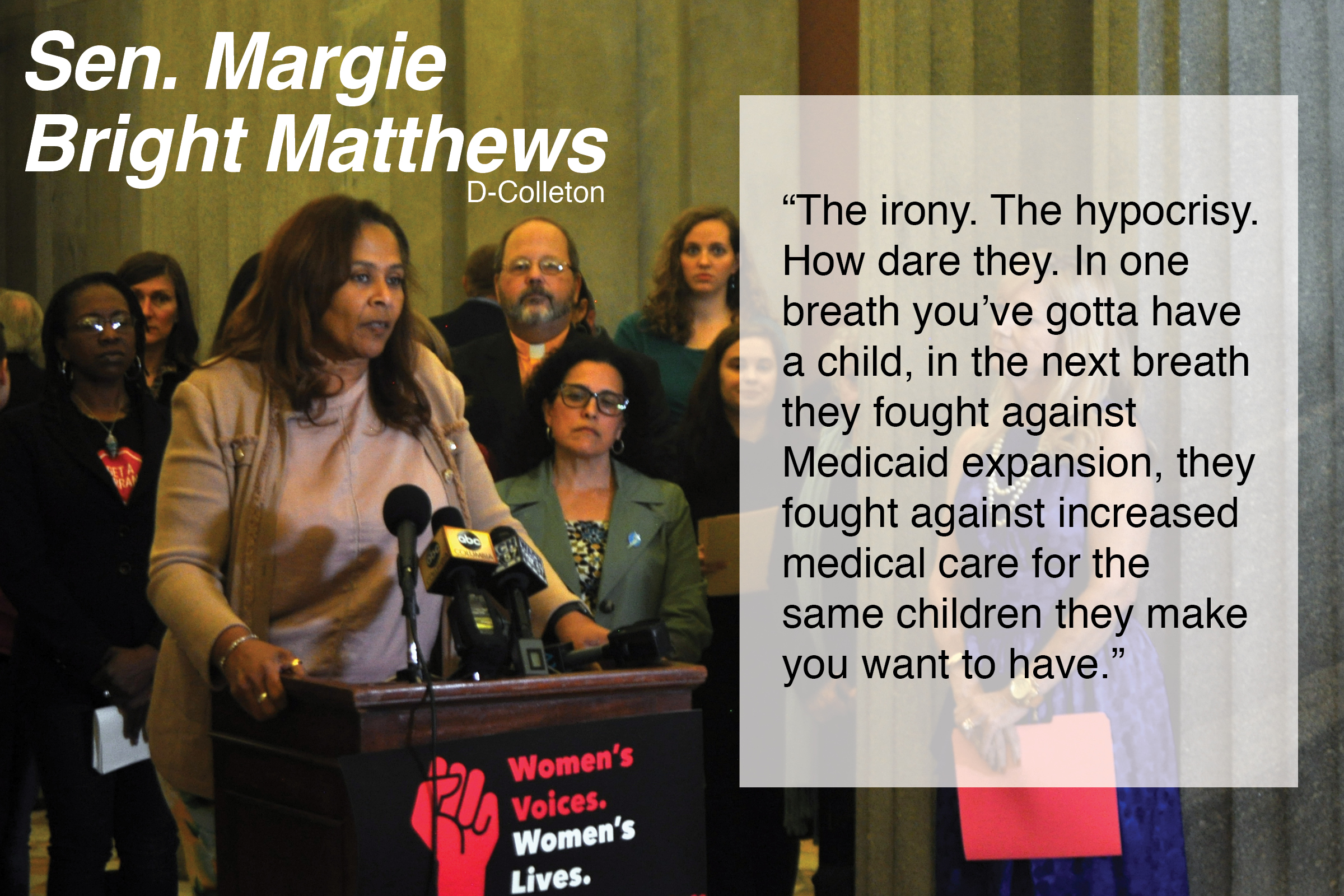 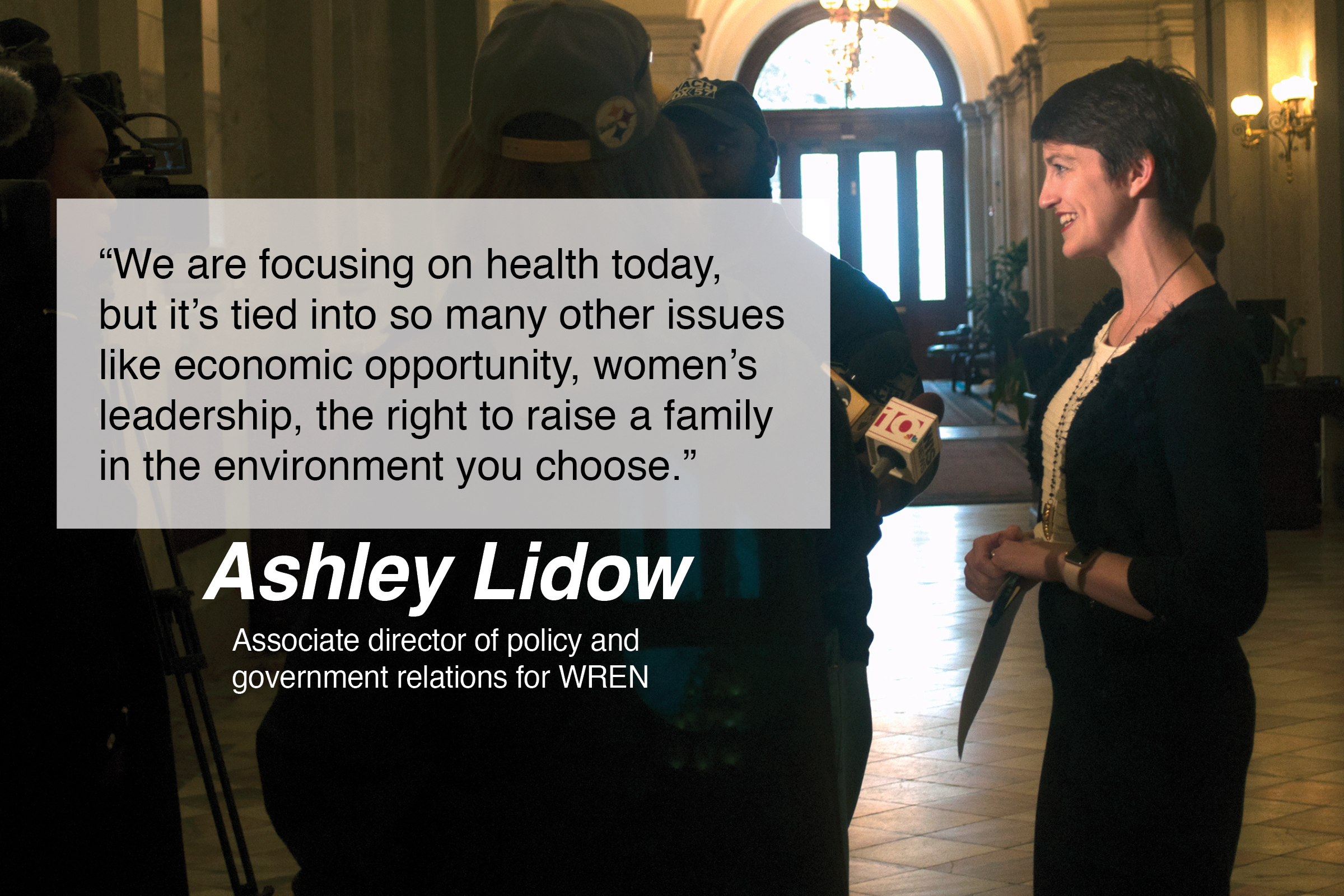 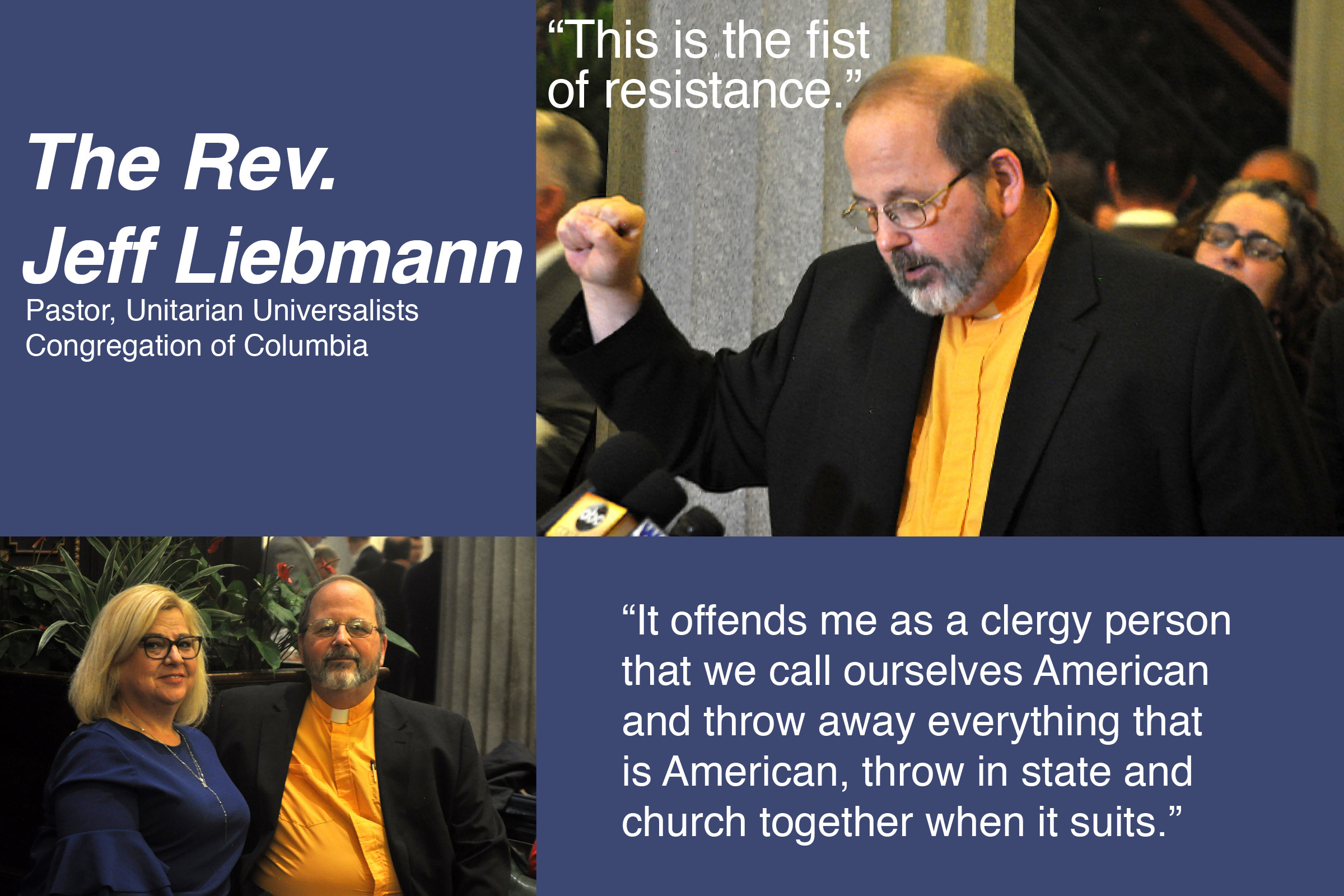 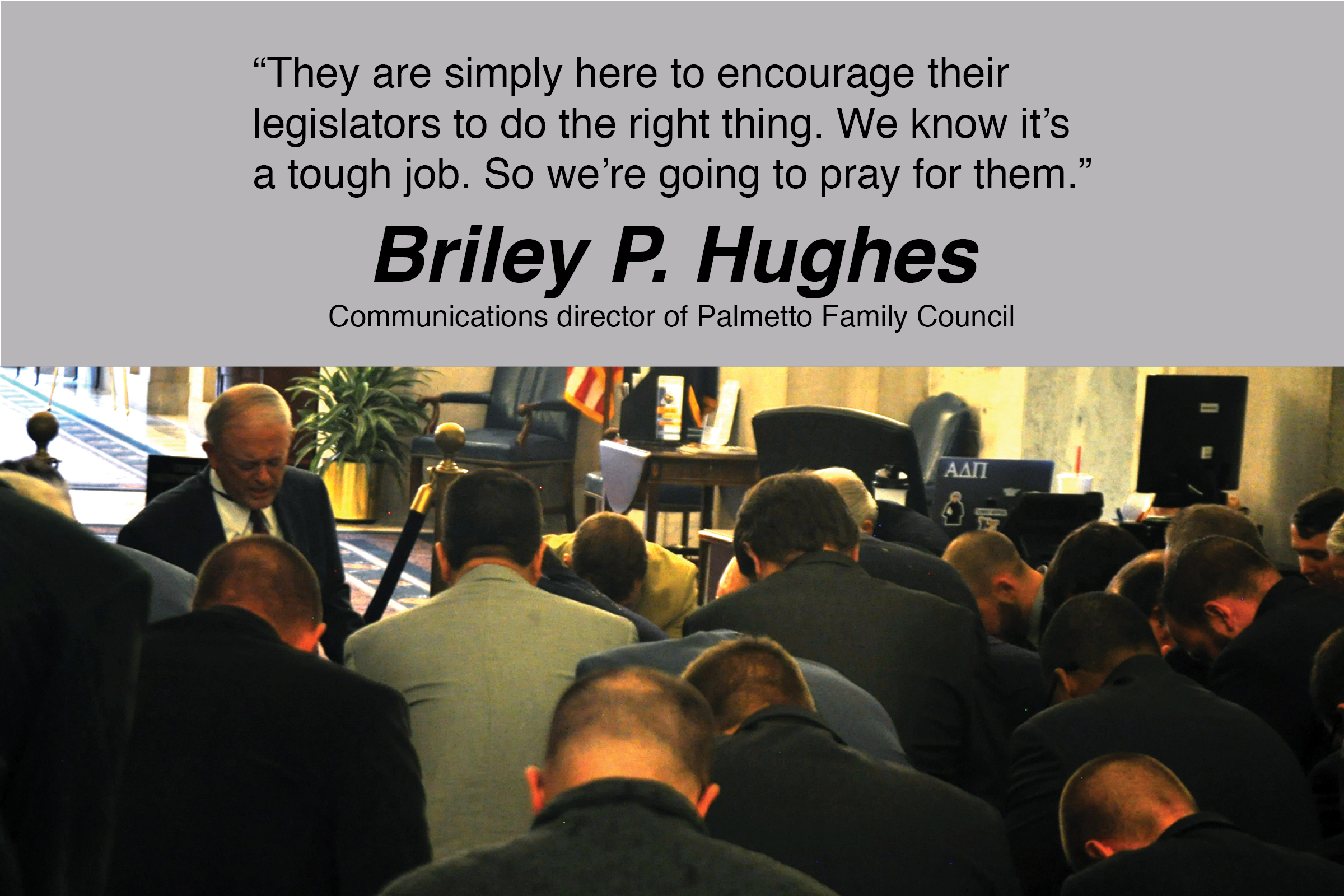 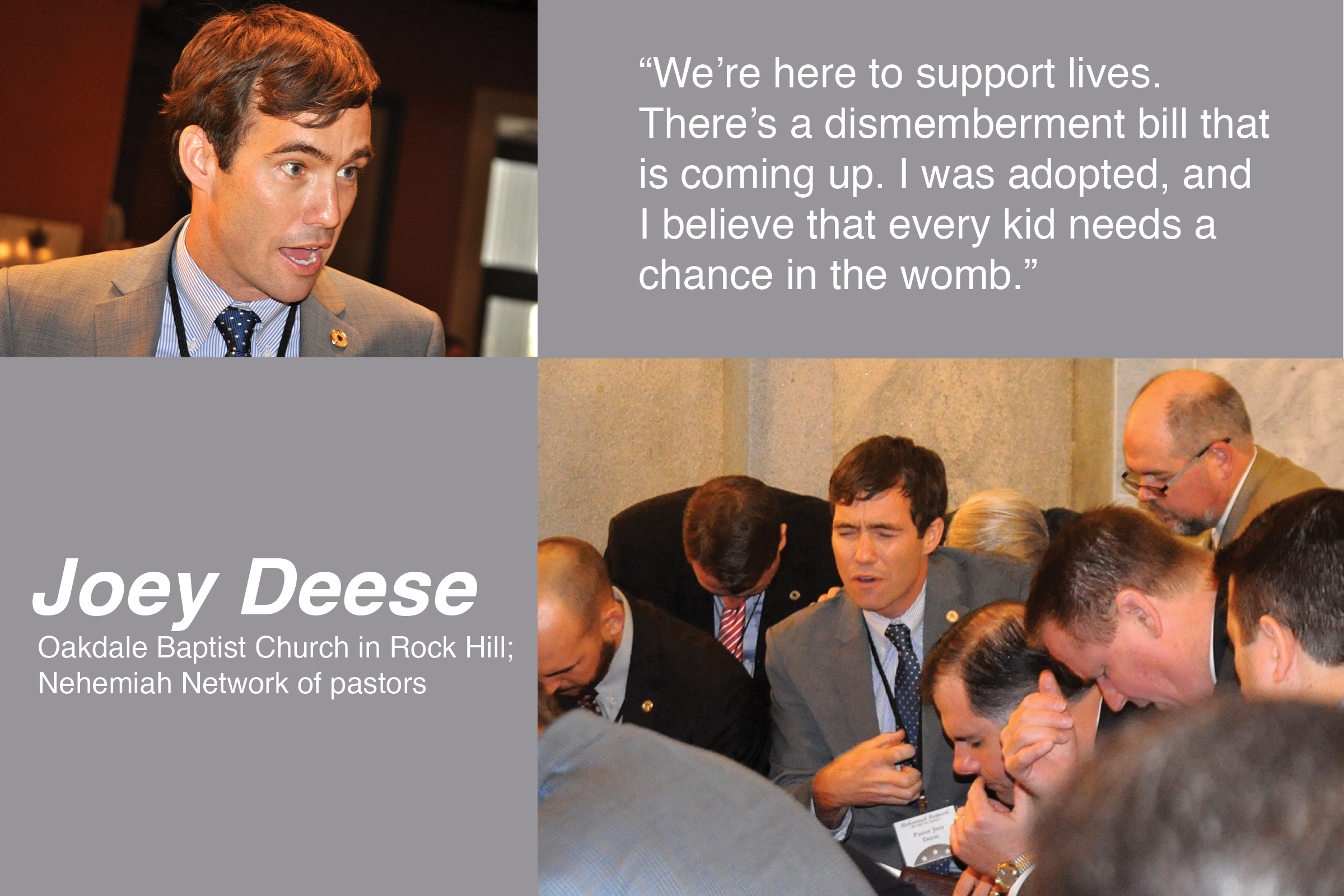 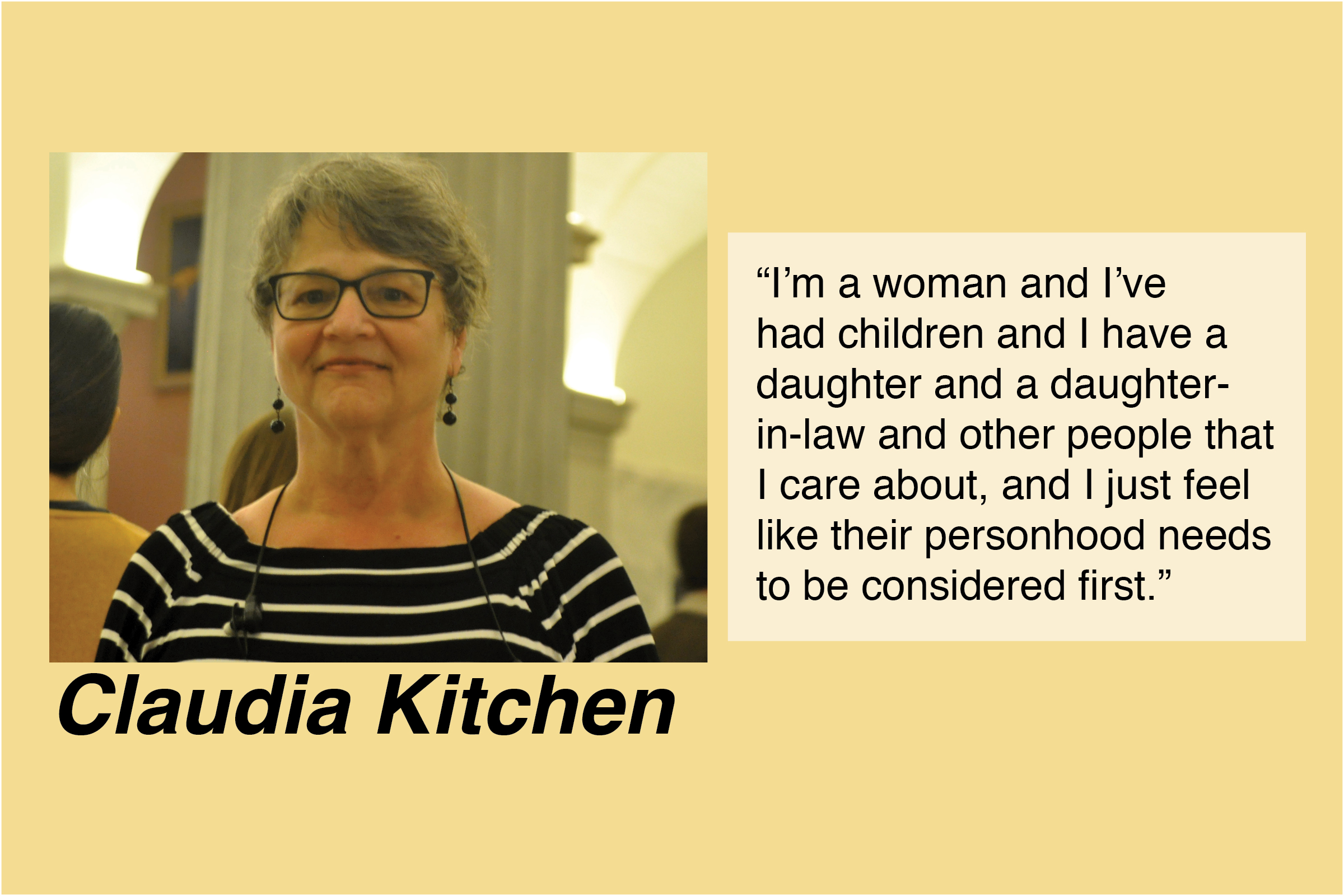 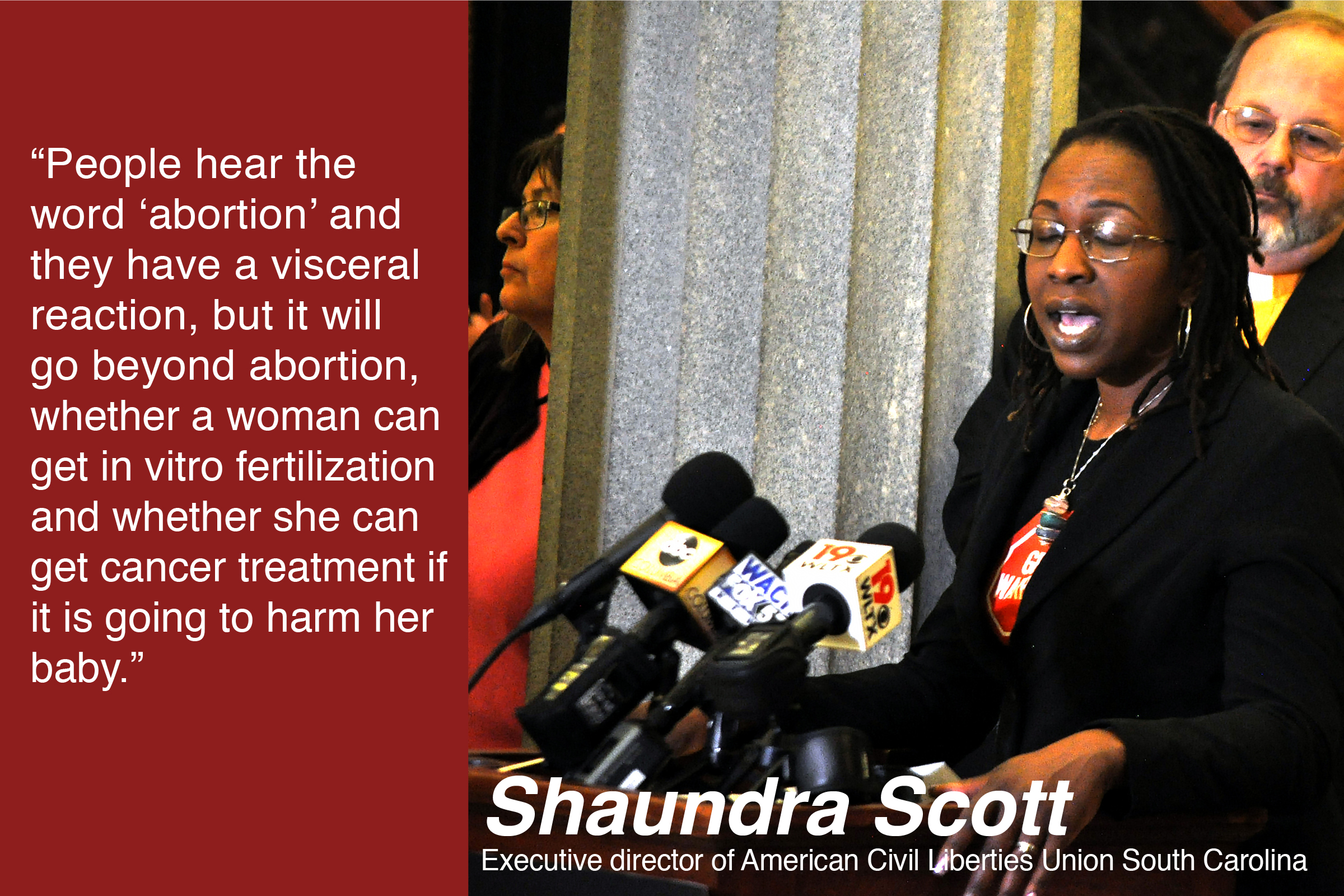 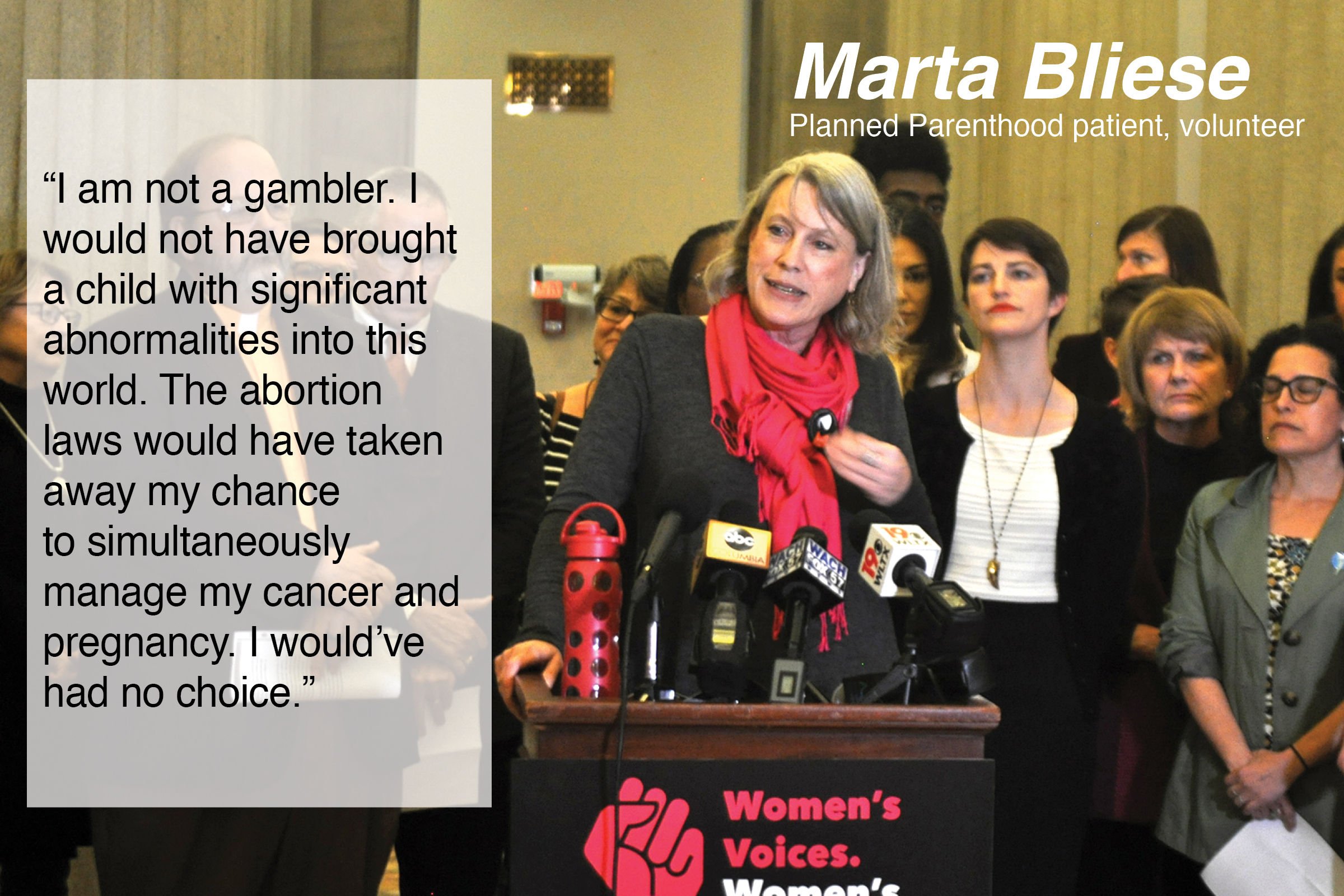 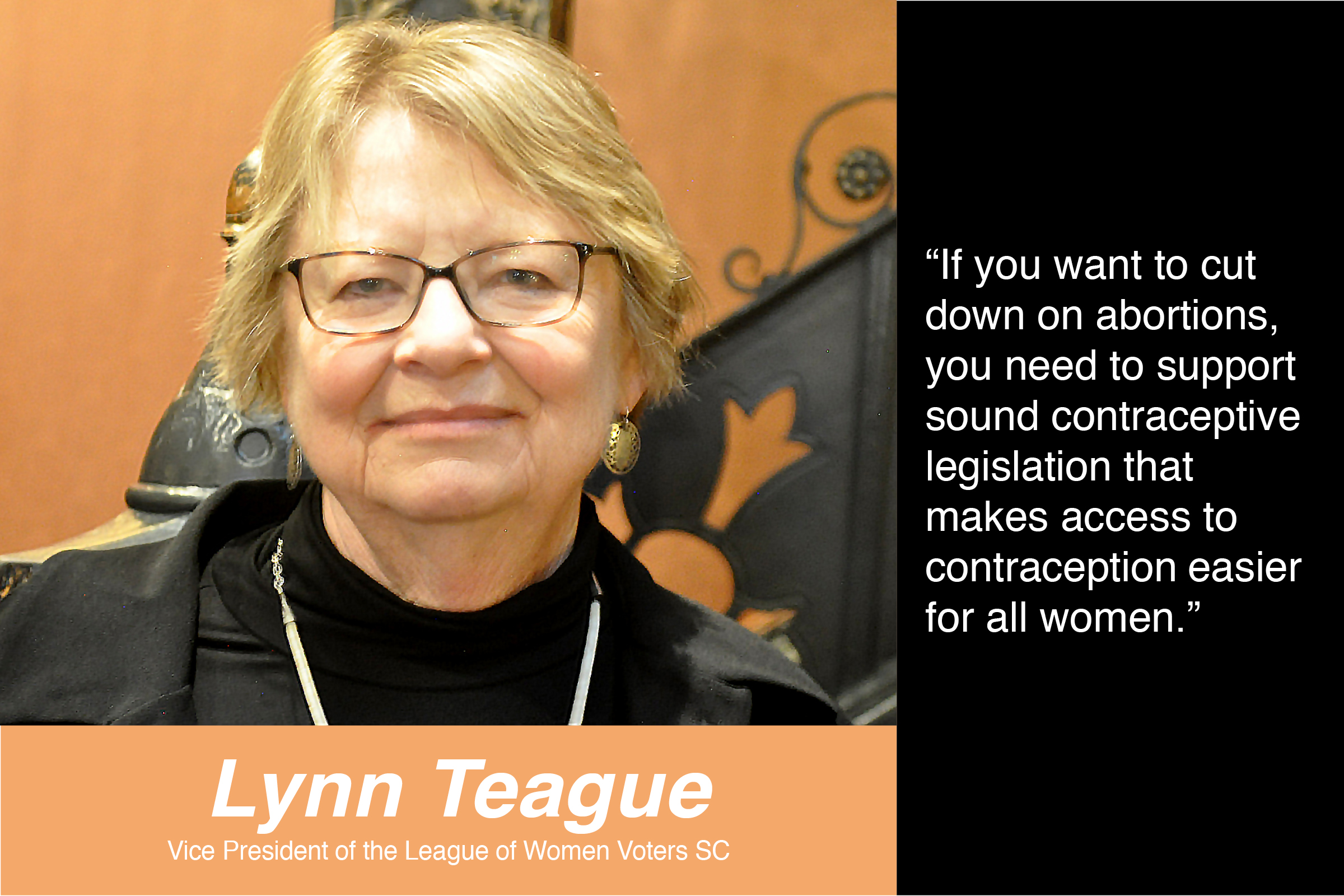 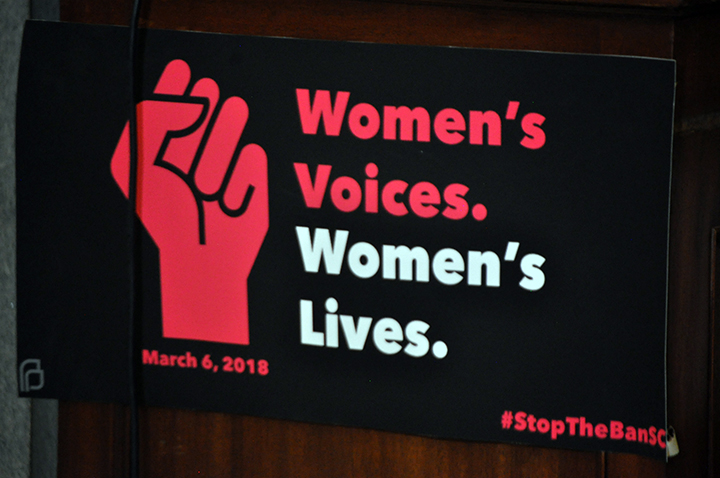 By Larissa Johnson and Michael Stewart

As legislators and their staffs passed by Tuesday’s hour-long protest, about the only people trying to hear were the speakers themselves, supporters from Women’s Rights Empowerment Network and the American Civil Liberties Union, and a collection of cameras that dwindled as reporters got the shots they needed for a minute package.

The bills, one that establishes personhood at conception and another that bans dismemberment abortions, were introduced last year but made it out of committee in the past two weeks. According to the personhood bill in the state Senate, “The right to life for each born and preborn human being vests at fertilization.” The house abortion bill would ban performing the most common form of late-term abortions and carry punishment of a $10,000 fine or two years prison time.

About 15 speakers participated in the speak-out, including Planned Parenthood members and doctors. Midway through, 100 pastors from the Nehemiah Network of the Palmetto Family Council appeared in the lobby and led a prayer. The timing was coincidental, according to Briley Hughes, communications director of the Palmetto Family Council. For a few brief minutes, the prayers of the pastor advocacy group drowned out the Planned Parenthood speakers.

“You have heard from the experts today, they are people who have taken advantage of the all the legal and safe medical care available to them,” S.C. Director of Public Affairs for Planned Parenthood Vicki Ringer said. “These bills will harm that in so many ways and it does have consequences, as speaker after speaker has said.

“There are consequences to these bills and people aren’t considering those. I thank all of the people who shared their deeply personal stories they shouldn’t have to do that for their rights to be respected.”