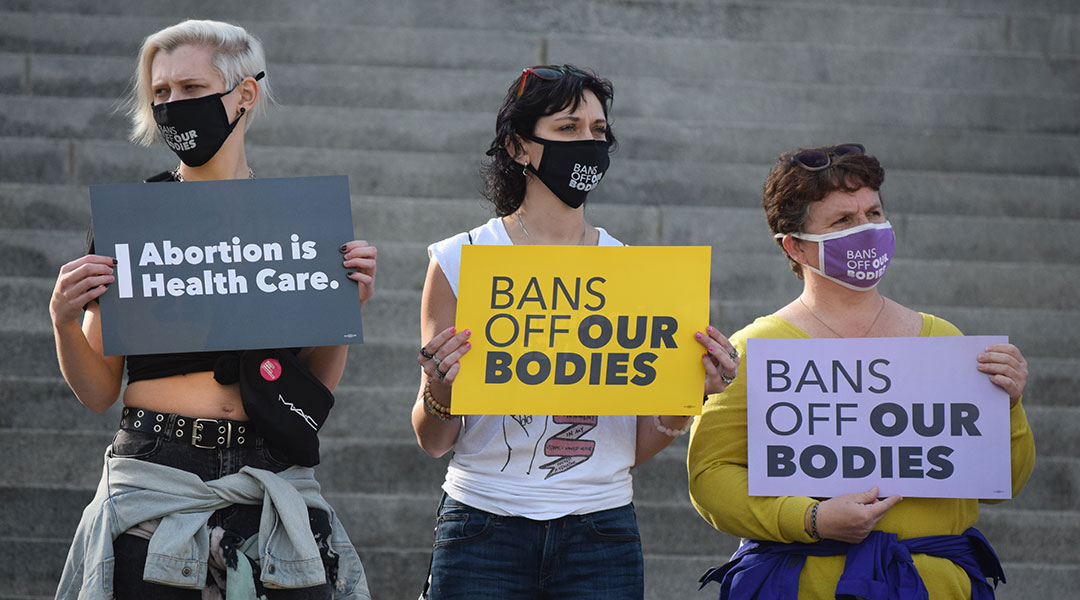 People gathered at the State House Thursday to protest legislation that would ban abortions in South Carolina. Photos by Téa Smith.

Martha Pressley-Turner has been attending pro-choice rallies all her life, so she made a point to be at a State House protest on Thursday that drew 100 people.

The 69-year-old Columbia woman said she has held her views on the right to legal abortion since she was 15 when she worked as a candy striper hospital volunteer. Abortion was not legal at the time. On one of her shifts, a woman came into the hospital after attempting a self-induced abortion.

“She had blood coming down her legs. Her dress had blood. And she literally bled out as soon as she walked in the ER,” Pressley-Turner said. “So I’ve been pro-choice.”

The rally, sponsored by Planned Parenthood South Atlantic and the Women’s Right and Empowerment Network, was held to protest two anti-abortion bills pushed by the S.C. Senate. The legislation was referred to the Medical Affairs Committee for discussion Thursday.

One bill, “Equal Protection for Unborn Babies Act,” would ban abortion completely unless the pregnant person’s life is at immediate risk. This means that anyone who performed an abortion could be charged with murder and face the death penalty.

This would only happen if the U.S. Supreme Court overturned the 1973 decision Roe v. Wade, which legalized abortions.

A second bill would legally require doctors to inform women about an abortion reversal pill if they request abortion medication.

“Abortion is not something to take lightly. It is a fundamental piece of healthcare that is integral to our ability to control our lives and control our futures,” said Maya Ward, a development and communications associate for WREN. “But anti-abortion lawmakers don’t seem to see it that way.”

The rally drew people of all ages, some clutching handmade signs or sported pro-choice pins.

Bob Whitaker, 75, said it was his first time attending an abortion rally.

“I believe in a women’s right to control their body,” Whitaker, a Columbia resident, said. “That’s a basic thing.”

For others who had attended the event in past years, it evoked frustration because it felt like legislators weren’t listening to their concerns.

“We are having these hearings every year on the State House grounds, right here where a statue of J. Marion Sims still stands,” said Kim Smith, co-founder of the Soda City Bail, an organization that bails out protesters. He was “a man that did racist, horrific, medical, gynecological experiments on enslaved black women. I bring this up because this to me is a symbol – a symbol of how the ruling class of South Carolina seeks to remind us that they controlled my ancestors.”

While the future of the two bills is unknown, those in opposition hope that they will be overturned, keeping abortion legal and safe.

Sen. Mia McLeod, D-Richland, called out her Republican colleagues for promoting the legislation.

“Because of their reckless disregard for women and girls across our state, you’re witnessing the worst of South Carolina,” McLeod said. “But tomorrow is a new day and hopefully a new opportunity to stop playing God and to try to be more godly.” 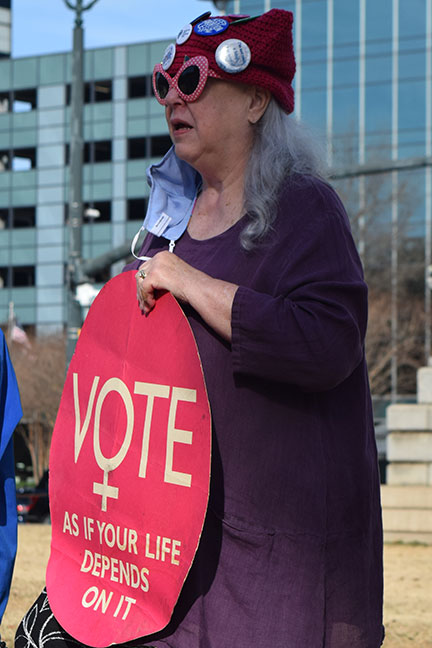 Martha Pressley-Turner has been pro-choice since she was 15 years old. 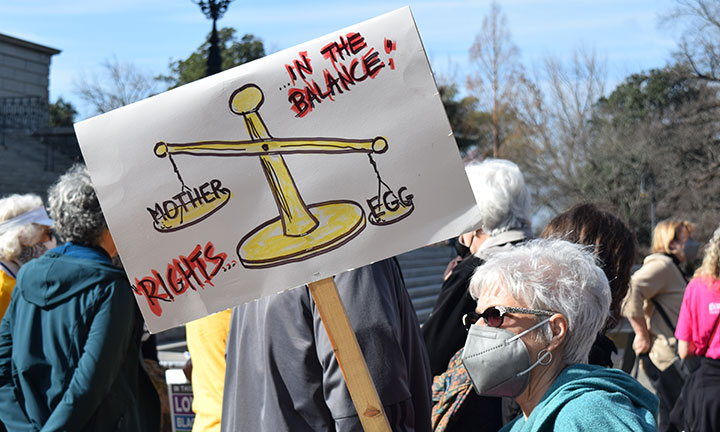 All abortions would be banned in South Carolina under one of the Senate measures if Roe v. Wade is overturned by the U.S. Supreme Court. 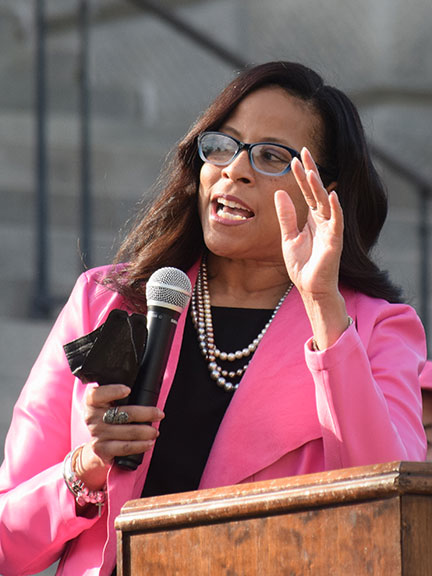 Richland Sen. Mia McLeod said she would continue to fight until “the reproductive rights and freedoms of every South Carolina woman and girl are protected.”