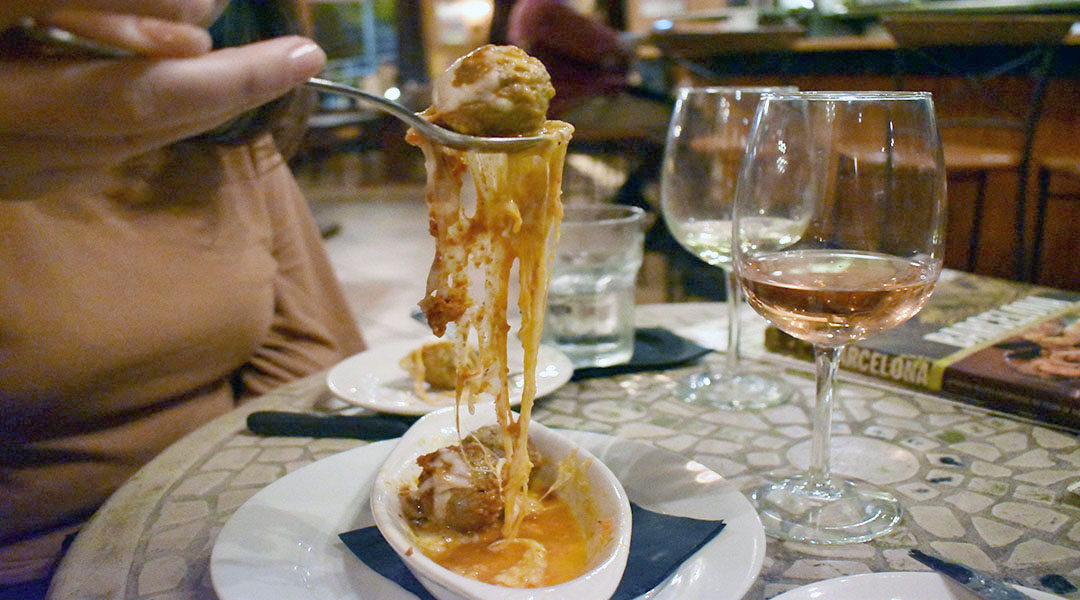 One of the specialties at Gervais & Vine during Restaurant Week is a baked meatball tapas dish.

With the S.C. State Fair in town, lots of people are taking a bite out of deep-fried treats, sweet and savory sundaes, and wild burger combinations.

But as Restaurant Week goes into high gear, the growing culinary scene in and around Columbia is getting its moment in the spotlight this week, a time when the fair has traditionally overshadowed it.

“The week that the fair is in town, a lot of people spend their disposable income and instead of going out to eat, they’ll take their money and go to the fair with it,” Robin DiPietro, USC professor and director of the International Institute for Foodservice Research and Education, said.

As an up-and-coming foodie town, it’s no coincidence that Restaurant Week in the Soda City overlaps with the fair.

Katie Montgomery, the director of communications for the South Carolina Restaurant and Lodging Association, says that Columbia restaurants experience a “lull” in business when it’s fair time.

“It is a very difficult time for them. Sales are typically down this time of year,” Montgomery said.

An 11-day event, Restaurant Week South Carolina was originally held in January only, a month that is slow for restaurants because of the recent holiday season. It also spans across the whole state and involves a multitude of eateries.

Montgomery says restaurateurs approached the association a few years ago about holding a second Restaurant Week for Columbia to combat some of the economic downfalls the fair brings to the state’s $21.2 billion hospitality industry.

“One of the reasons they’re doing [Restaurant Week] twice a year is because the fair traditionally has taken so much money out of the restaurateurs’ pockets, and all the people who work for the restaurants, like the waitresses and hostesses,” Roberta Prioleau, owner of Columbia-based restaurant Gervais & Vine, said.

Both casual and upscale, participating restaurants offer specials and discounts to attract new and repeat customers. Now in its third year, Restaurant Week’s fall campaign shares the same mission as its sister week in January by “increasing awareness of the many dining opportunities available” along with “stimulating business and revenue for restaurants…”

“Restaurant Week really just creates a boost for these businesses, and it gets people excited about going out and having a nice three-course meal somewhere or trying a new restaurant that they’ve maybe never been to before,” Montgomery said.

According to the South Carolina Restaurant and Lodging Association, Restaurant Week attracts a large demographic of 25 to 34-year-olds with over half being female. It also found that the majority of customers participate to try a new restaurant and take advantage of the good pricing.

“The feedback from the restaurants has just been ecstatic because they’re seeing a huge boost in sales during what has been slower for them typically,” Montgomery said. “It gives them the chance to ‘wow’ customers and bring them back and back again.”

At Gervais & Vine, a popular long-standing Mediterranean wine and tapas bar located in Columbia’s The Vista, hardly a table was empty on Monday night, a day of the week that is notoriously slow for restaurants.

Each restaurant that participates creates its own menu and discounts for the week, and many like Gervais & Vine offer prix fixe, or a complete meal at a fixed price.

Its Restaurant Week menu opens with a choice of spreads, like the goat cheese blended with basil pesto and sun-dried tomatoes served with an assortment of crackers, baguette slices, grapes and cornichons.

It then transitions into a choice of green salad or soup de jour. Couples then get their pick of three tapas to share, like the Spanish albondigas, baked meatballs in romesco sauce covered in mozzarella and basil.  Also, any bottle of wine over a certain price is discounted.

“We had to figure out what would be a really nice hearty amount of food for two people off our menu at a good price at, like, a nice discount,” Prioleau said.

Prioleau, who has owned Gervais & Vine for about eight years, says the eatery is not as busy as it once was with new restaurants popping up, but she’s impressed with the turnout and business that Restaurant Week is bringing to the table.

“It really helps everybody, the waitresses, the hostesses,” Prioleau said. “So, everybody is a winner, it’s just a winning proposition.” 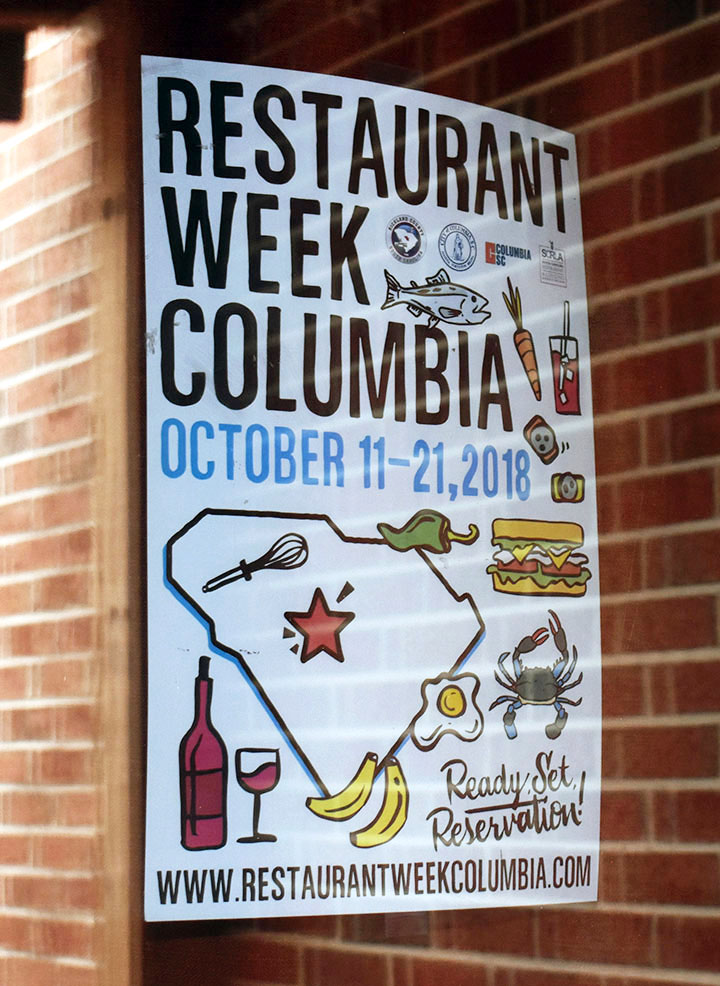 The South Carolina Restaurant and Lodging Association provides all participating restaurants with advertising materials to hang in their windows. The association has upgraded its website this year to make it more user-friendly and bring in more Restaurant Week participants. 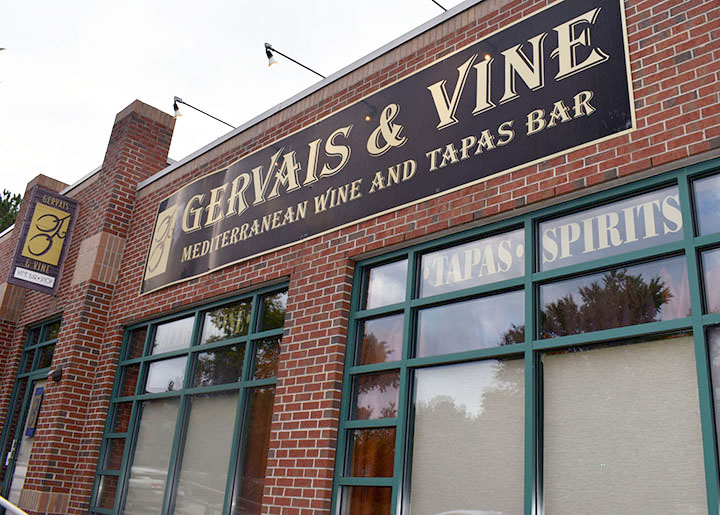 Gervais & Vine, celebrating its 21st anniversary next March, has participated in Restaurant Week for the past three years. 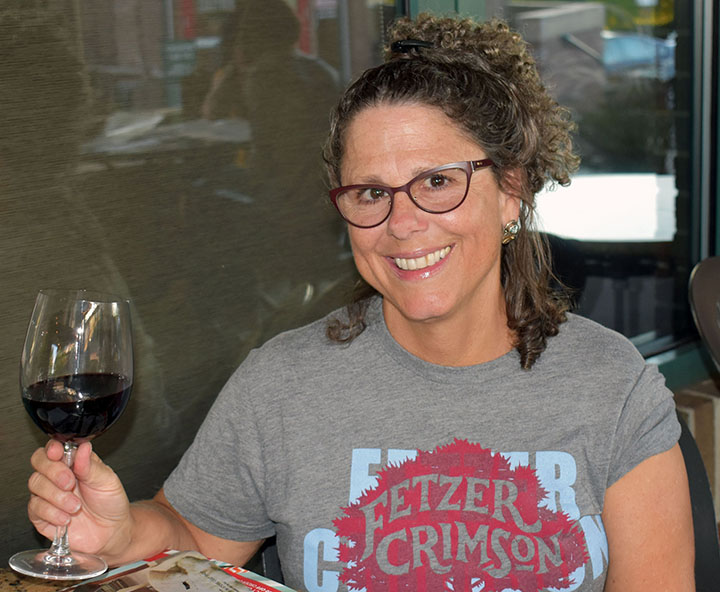 Roberta Prioleau, owner of Gervais & Vine, says that for the past three years Restaurant Week has helped improve the restaurant’s sales during the S.C. State Fair. She hopes the event will attract a wider customer base, including college students. 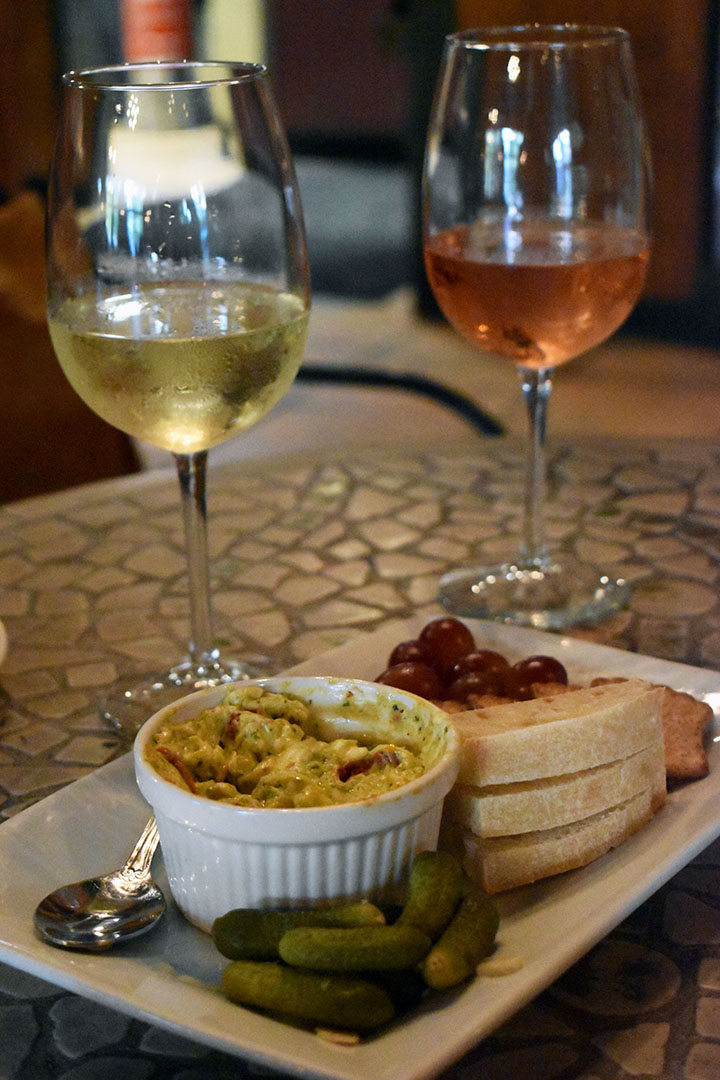 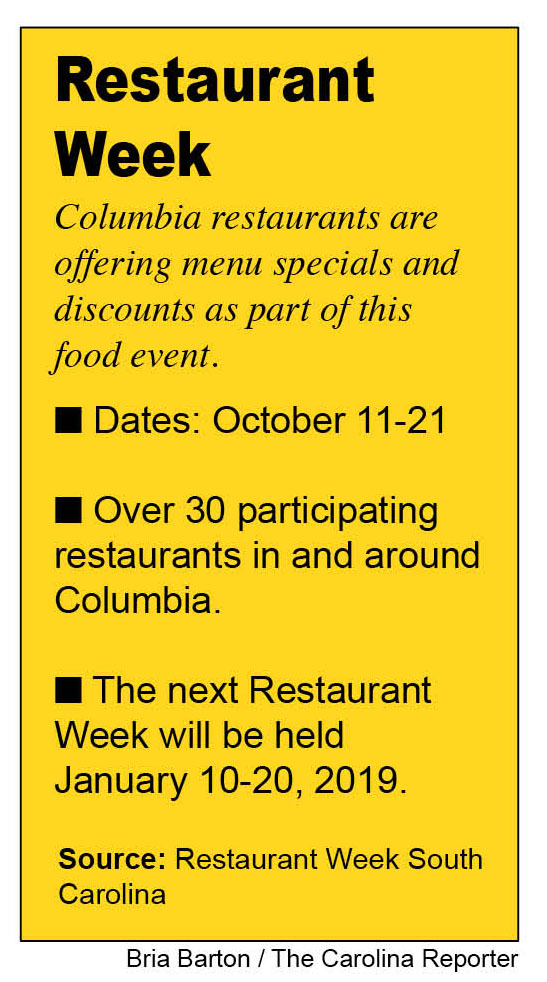