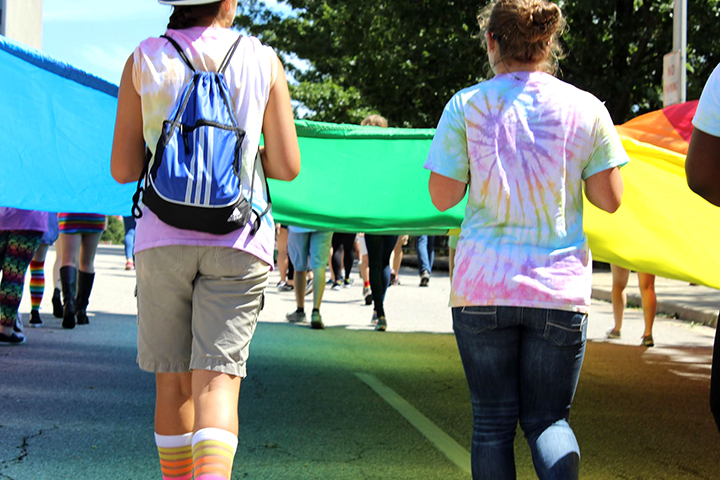 The 29th South Carolina Pride Festival, which is set for Saturday, began with only a few dozen activists and organizers at a picnic at Dreher Island State Park in 1989. Now, the festival, the parade and Pride Week have grown into a mainstay of Columbia’s Main Street area, attracting thousands of festival goers.

“Back when Pride first started you had people that were marching that faced the repercussions of coming out to family,” Mario Guevara, special events manager at Columbia Museum of Art, said. “If their employer saw them and it’s a right to work state … they could fire you.”

The Famously Hot SC Pride Parade is set for Friday evening at 7 p.m. preceding the Saturday festival which opens at noon. The day-long Pride Festival will have venders and dancers and parts of Main Street will be closed off to traffic. The Pride Festival represents a joyous time for the LGBTQ+ community in the city.

The LGBTQ+ community in Columbia has faced great discrimination in the past. South Carolina’s sodomy laws made “buggery” or homosexual intercourse a felony offense that was punishable by five years imprisonment or a $500 fine were only invalidated by a U.S. Supreme Court decision in 2003.

South Carolina is the only state in the United States to not include same-sex couples within domestic violence statues. No provision of South Carolina’s anti-discrimination law explicitly addresses discrimination on the basis of sexual orientation or gender identity.

South Carolina does not have a state hate crime law; however crimes motivated by sexual orientation or gender identity are banned federally.

“There was that fear more so then than now,” Guevara said. “Right now we’re in a place where community is so important and even if people still don’t get it they’ll still support you.”

Guevara came out to his family in high school in the mid 2000’s and was accepted and supported by them but his then boyfriend was kicked out of his family’s home. Guevara’s family sheltered him at their home for a number of years. Guevara’s mother has also come with him to every Pride festival since 2008.

“Whether they’ve been kicked out of their house or had abuse growing up because of their identity they actually have a moment to let it all go and just be completely free,” Guevara said.  “I think that’s the most beautiful thing about Pride.”

For many young members of the LGBTQ+ community finding a support system is critical.

Fredi Snyder, a 19-year-old who works full time at Woodley’s Garden Center in Irmo, is bisexual and has faced push-back from her family for coming out.

“I knew for a long time that I liked girls but whenever I did figure it out through meeting other people I tried to tell my mom,” Snyder said. “She just ignored the fact and didn’t believe that bisexuality exists. Her opinion is just invalid.”

Snyder has found a community in Columbia in a club at the University of South Carolina that is more inclusive than her hometown in Lexington, South Carolina.

“You don’t have to parade what you are but it does help to have some representation of who you are for you to see it’s normal,”  Snyder said. “If you see that everyone is straight and you don’t see anyone else like you then you don’t really want to accept that part of yourself or acknowledge it.”

While many in the community see the Pride festival as a day of celebration for the entirety of the community, Nathaniel Namoi Simmons-Thorne, an activist and social justice educator in Columbia, wants people to remember that the LGBTQ+ community does not exist in a vacuum.

“The community is heavily divided by things like race, gender, class and social economic status,” Simmons-Thorne said. “That leads to there being multiple tiers to the community where there’s a high echelon of affluent, upwardly mobile, kind of heteronormative, largely white LGBT mostly gay men and lesbian women who kind of run the show in community and are the ones in charge of Pride. From there you see the kind of issues external of the LGBT community.”

Many members outside of the boundaries of the mainstream LGBTQ+ community have taken it upon themselves to form subculture groups that support community members that believe themselves to be out of place in the city.

“I am a community builder so I build my own sense of community,” Simmons-Thorne said. “The LGBT community that I cultivate around me is racially diverse, it is class diverse, it is diverse in gender identities and I think that it’s what our community should always be striving for.”

A main criticism of the Columbia Pride Festival is the underrepresentation of queer people of color. This year’s pride has attempted to assuage the discrepancy by having the lead float in the parade be made by members and allies of the Latinx LGBTQ+ community in Columbia.

Danny Flores, a local artist and activist, is this year’s Pride parade’s grand-marshal and will be leading the parade. His activism focuses mostly on the Latinx LGBTQ+ community. Flores and Simmons-Thorne believe this community is underrepresented in both the queer community and wider community in Columbia. Many members of this community have not come out due to fear of rejection from their families due to the homophobia and transphobia in the Latinx community, Flores said.

“The president of Pride said that he wanted to get as much Latinx representation out there as possible and be as inclusive as possible so that was very exciting for us,” Flores said. “We’ve been really trying to get the community out there and get them involved in this whole process to build a float and come together and show them that it’s okay that you’re still in the closet because of the culture but we really want to get representation out there so that fear goes away.”

Among all the excitement and preparation for the festival on Friday the LGBTQ+ community at its core is filled with regular people living regular lives.

Jenna Schiferl, a fourth-year mass communications student at the University of South Carolina said she normally ends her day by making supper with her girlfriend Erin Tidsworth in their loft apartment near the University.

“I am lucky enough to go to a large university in the state’s capital city which is often viewed as a little drop of blue in a sea of red in the state that is South Carolina so I’ve experienced so much love and support from so many people,” Schiferl said. “I think that’s also a large part of the people I surround myself with because that’s a conscious choice I make to surround myself with people that share the same core values as myself.” 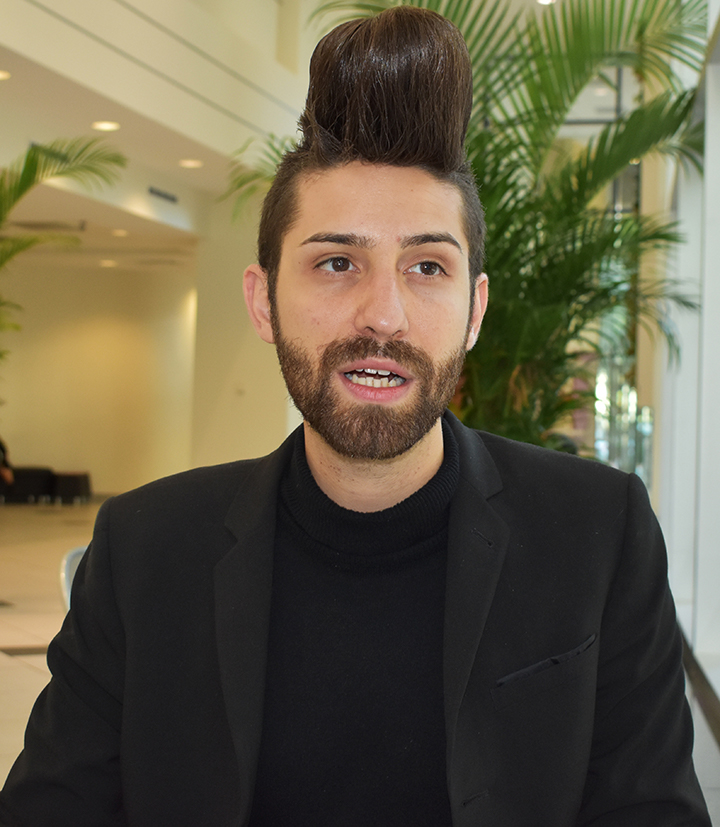 Mario Guevara has been to every Pride Festival in Columbia since 2008. He will be performing on the Latinx float during Friday’s Pride Parade. 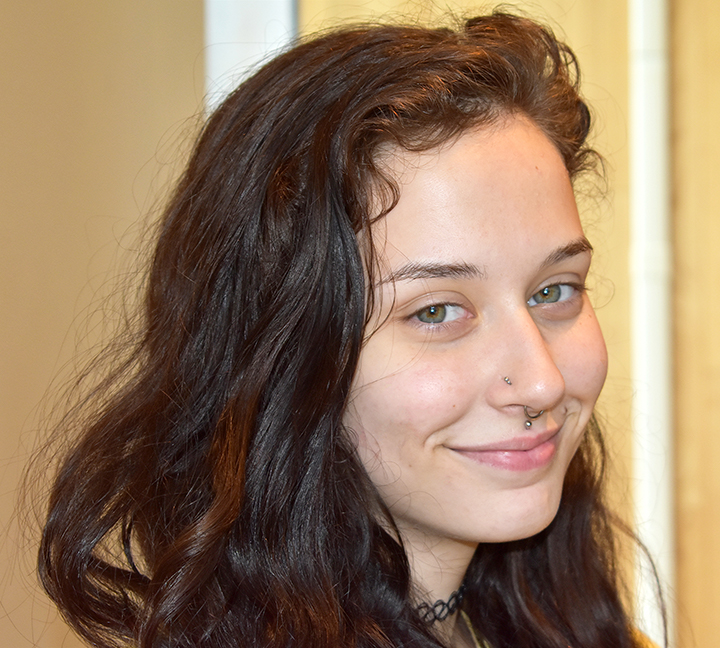 Fredi Snyder, 19, who came out as Bisexual, finds support in the gymnastic AcroFlow Club and in her support group at the University of South Carolina. 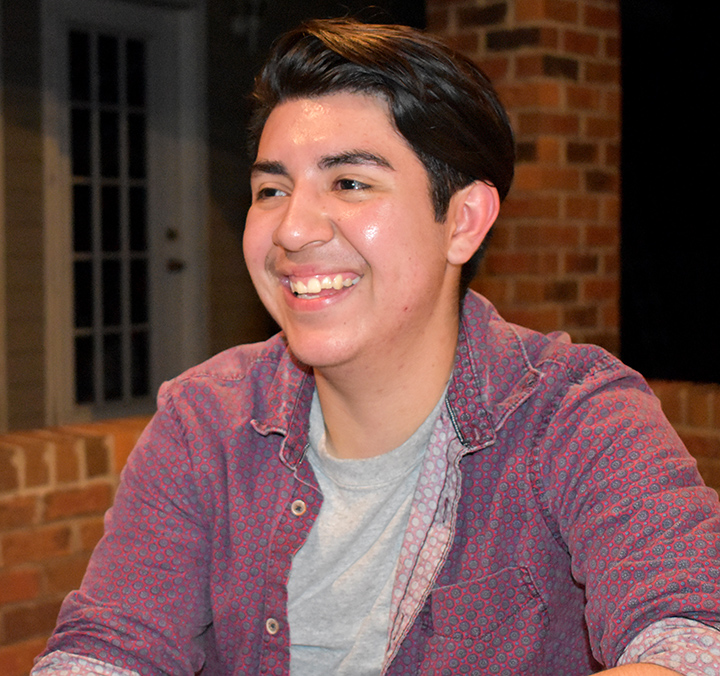 Danny Flores is the grand marshal for the Famously Hot SC Pride Parade on Friday. He is active in the Latinx community in Columbia. 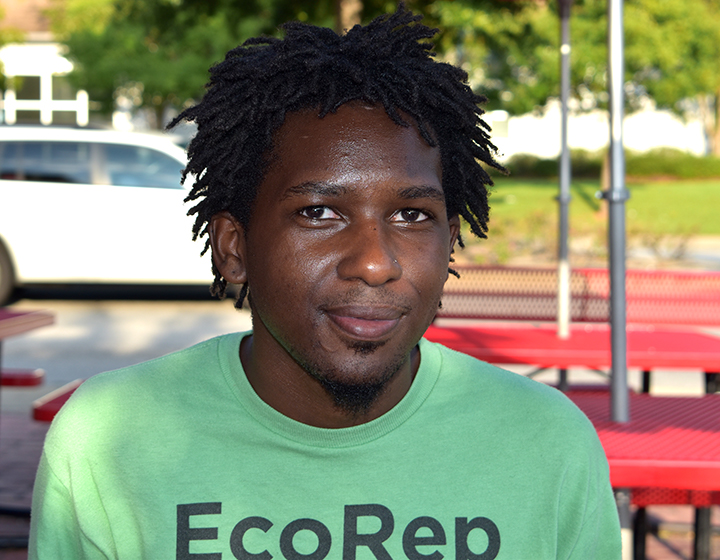 Nathaniel Naomi Simmons-Thorne is an activist in the LGBTQ+ community in Columbia. 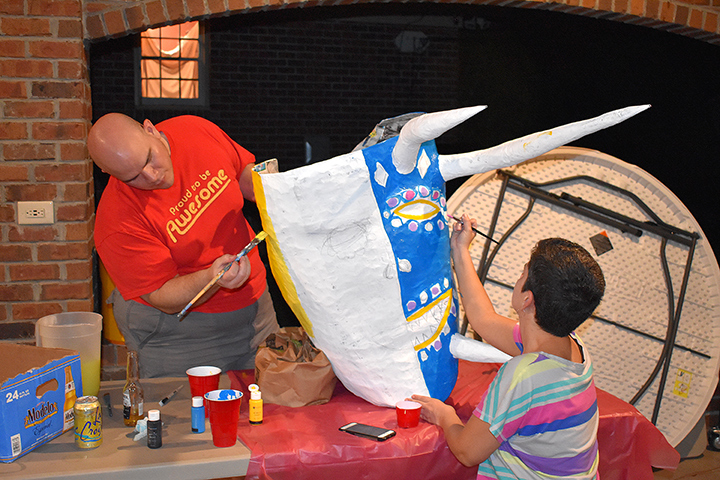