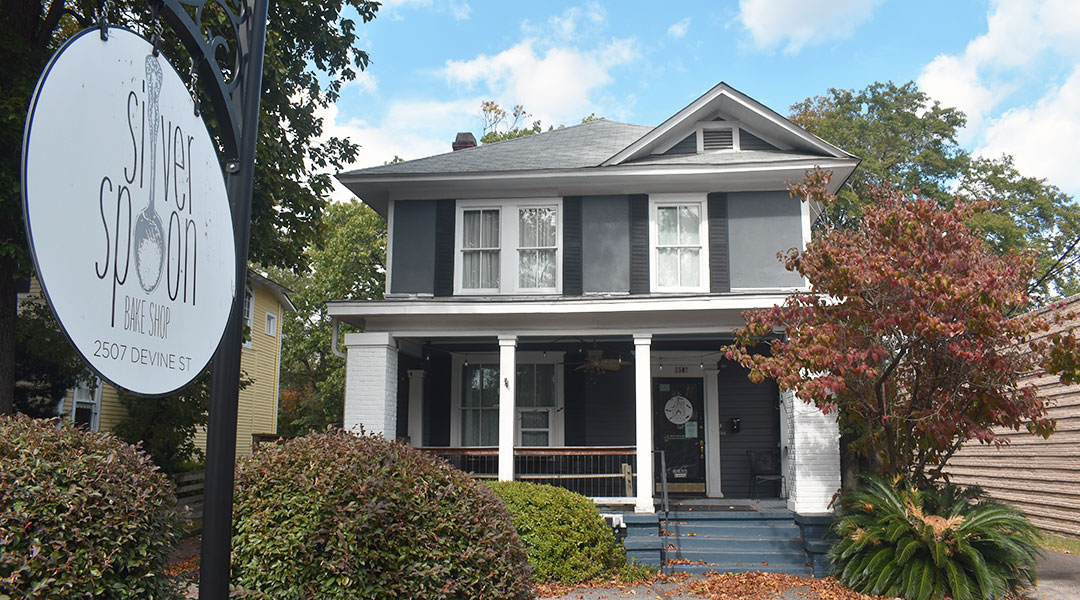 Silver Spoon Bake Shop, located on Devine Street near Five Points, was one of more than 100 restaurants, bakeries, bars and other establishments in South Carolina that received a Restaurant Revitalization Fund grant from the U.S. Small Business Administration. Photos by Connor Hart

Since the onset of the COVID-19 pandemic, the U.S. Small Business Administration has implemented numerous programs specifically designed to support small businesses that were unable to support themselves amidst hiatus and disruption.

“The major issue that we had is small businesses had to close – had to shut down – and we’ve seen major impacts on our hospitality industries: our restaurants, our hotels and tourism industry … so that’s impacted them tremendously,” said Gregg White, district director for South Carolina’s SBA. “We’re constantly working with them, even now, to provide counseling on how to get started back up, but it’s been a real challenge for a lot of them to receive the funding they need.”

The SBA introduced the Paycheck Protection Program in March 2020, which was available to small businesses and was intended to “help businesses keep their workforce during the COVID-19 crisis,” according to the SBA’s website. The loan program provided two rounds of funding to eligible small businesses.

However, the program ended on May 31 of this year, while many businesses were still struggling to stay afloat through the ongoing pandemic. This led to the creation of new programs, including the Restaurant Revitalization Fund, which was specifically designed to support restaurants, caterers, bars and more, according to the SBA’s website.

Lauren Schlueter, the owner of Carolina Cafe on Sumter Street, was one of the South Carolina business owners who received funding from the SBA. She said applying for the grant was a “very nerve-wracking experience,” because many of the stipulations regarding the program were “very vague.”

“The grant helped finance the cafe’s payroll, rent and more,” Schlueter said. “It helped us immensely.”

“Now, Carolina Cafe is “better than (it’s) ever been,” said Schlueter. She credited the community’s support, the return of university students and the company’s improved social media presence for the success.

Erin Nobels, the owner of Silver Spoon Bake Shop on Devine Street, had to overhaul her business model and operations after the onset of the pandemic. Her bakery moved online, which brought new challenges: launching an online store, installing a pick-up window at the bakery and more.

“We initially switched over to pick-ups only as a way to keep the business operating, in some capacity, when COVID first hit in March of 2020,” said Nobles. “Most of my employees were afraid to keep working, so that was the quickest and best decision I could come up with in such a short time.”

Nobles was among the about 100 restaurant owners in Columbia, South Carolina who received RRF money from the SBA.

“This method of business is not as profitable as being open five days a week was – simply because we are only taking in revenue one day a week,” said Nobles. “However, without the added expenses of payroll and having leftover items every day, we are spending significantly less money to operate in general.”

Additionally, Nobles has had trouble sourcing materials due to current supply chain interruptions and increased demand on personal protection equipment.

“One thing that had been difficult during COVID is the price increase on items like disposable gloves and to-go packaging,” said Nobles. “These items were barely on my radar as far as including the cost into our products, but the same gloves I got in February of 2020 for $65 a case are now $160 if you can even find them to purchase them.”

Despite the troubles many businesses have faced, Gregg White remains hopeful for the future of South Carolina restaurants.

“We see the economy in South Carolina recovering faster than we do in some of the other states,” said White, and he cited the state’s uptick in tourism, new business openings and business owners’ ability to adapt.

“You can see (the state’s recovery) with your own eyes, but also the statistics prove it,” said White. 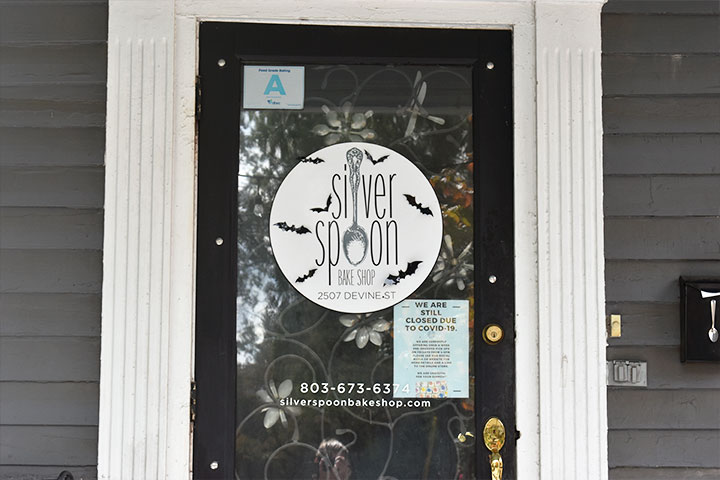 Silver Spoon hasn’t had a customer walk through its doors since March of last year, when the bakery switched to its pre-order and pick-up business model. “We do plan on reopening sometime – I just don’t know when that will be,” said owner Erin Nobles. 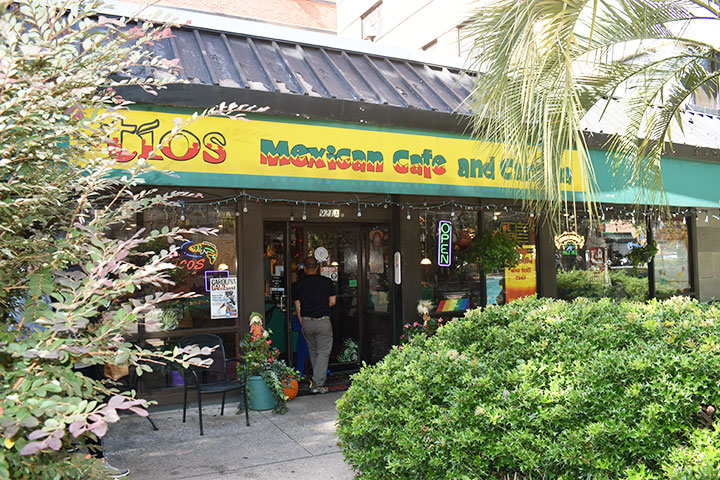 Tios Mexican Cafe & Cantina, a popular restaurant located across the street from the University of South Carolina’s iconic Horseshoe, received funding from the SBA. 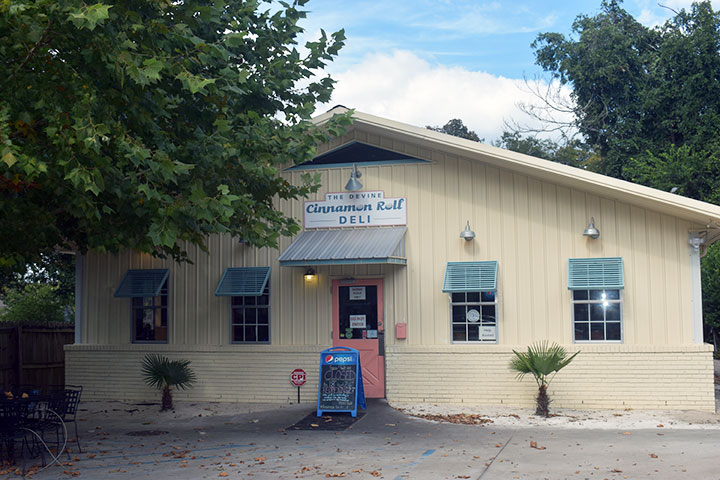 The Devine Cinnamon Roll Deli received funding from the SBA as well. Signs in the restaurant’s windows can be seen advertising its worker shortage and pick-up only operations. 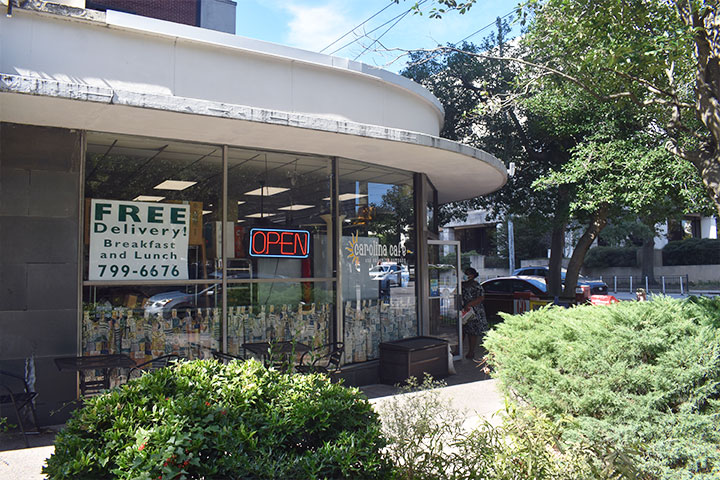 Carolina Cafe’s operations were “touch and go” as the restaurant dealt with shelter-in-place orders, social distancing requirements and more, according to owner Lauren Schlueter. Now, the restaurant is “busier and stronger” than it’s ever been, she said. 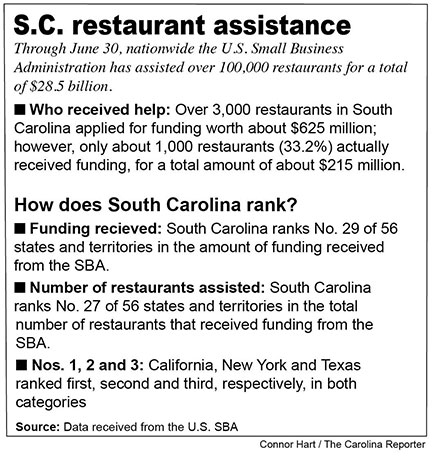