SC Pride looks to ‘Light Up the Night’ with festival parade 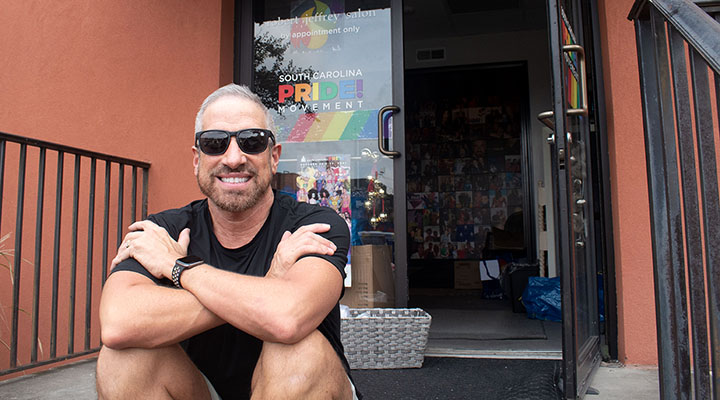 Jeff March, president of SC Pride, sits on the steps outside of Robert Jeffrey Salon in Columbia, which serves as the office for his organization. He has served as its president for 10 years. Photos by Julie Crosby

Organizers of the South Carolina Pride Festival and Parade expect thousands to turn out Friday night when they kick off the night parade down Main Street to open SC Pride weekend.

“It has obviously grown a lot,” said Jeff March, president of SC Pride, a nonprofit in Columbia. “Before I started it was about 6,000 people. We weren’t on Main Street and now we’re looking at 100,000 people 10 years later – and we’re on Main Street.”

March says this is not the first event this year that they have had large-scale crowds. One of the organization’s earlier events, Outfest, held in June, “brought in four times the numbers” they saw in 2019.

Friday night’s parade will begin at 7:30 p.m. on Hampton Street and head towards the State House.

According to the SC Pride website, the organization initially began as a march down Main Street leading to the State House to make demands for LGBTQ+ law reform known.

The festival today looks less like a protest for political reform and instead is a celebration of the LGBTQ+ community. March said despite roadblocks, planning the festival has gotten easier.

One of the ways SC Pride has tried to change minds is with its entertainment choices.

“This year was a shocker when we brought Vanilla Ice to the stage, but it was an intentional move because our entertainment lineups has always been welcoming and diverse. There’s always been something for straight people to come to,” said March.

While there is always anticipation from long-time attendees of the festival, first-time patrons like University of South Carolina senior Cara Bradford are excited to support her friends at this year’s events.

“Historically, it’s important to think about those who came before us,” said Bradford. “I know it’s meaningful to a lot of my friends who go every year whether that be here or Charleston, where I’m from. But, like, that’s enough for me.”

March also expressed his enthusiasm to be back to normal after the cancellation of last year’s festivities because of the pandemic.

“I’m excited to see the energy,” said March. “You’ll start seeing people show up, and sometimes there’s this doubt in your mind every year that says, ‘Are they gonna come?’ And you stand up on stage and get to speak for the first time and you realize, wow, they all did come.”

For more information and details about the events happening this weekend visit scpride.org. 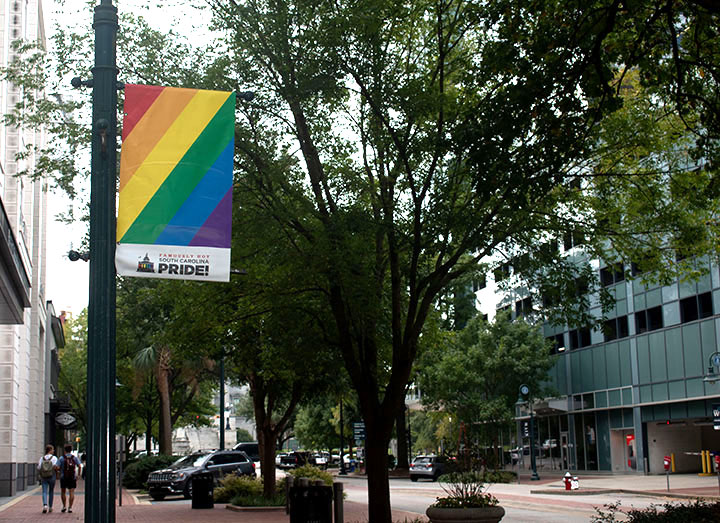 A banner for SC Pride is displayed on Main Street. SC Pride is a nonprofit organization that puts on the pride festival each year, the largest LGBT event in the state. 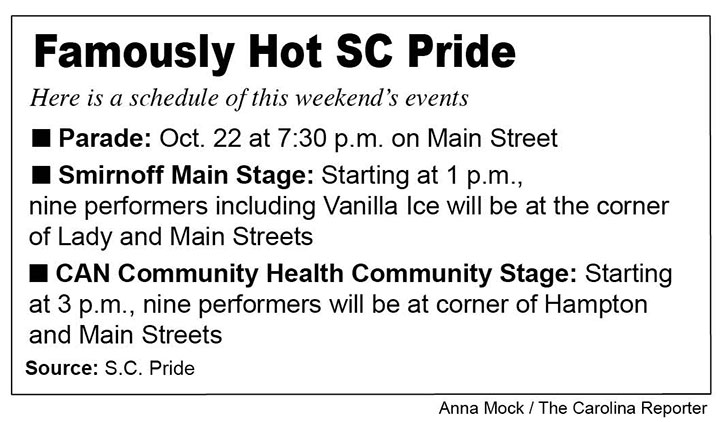 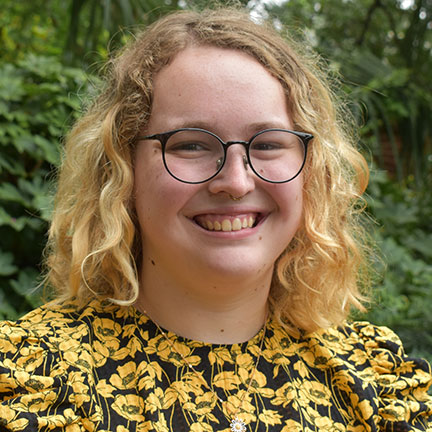