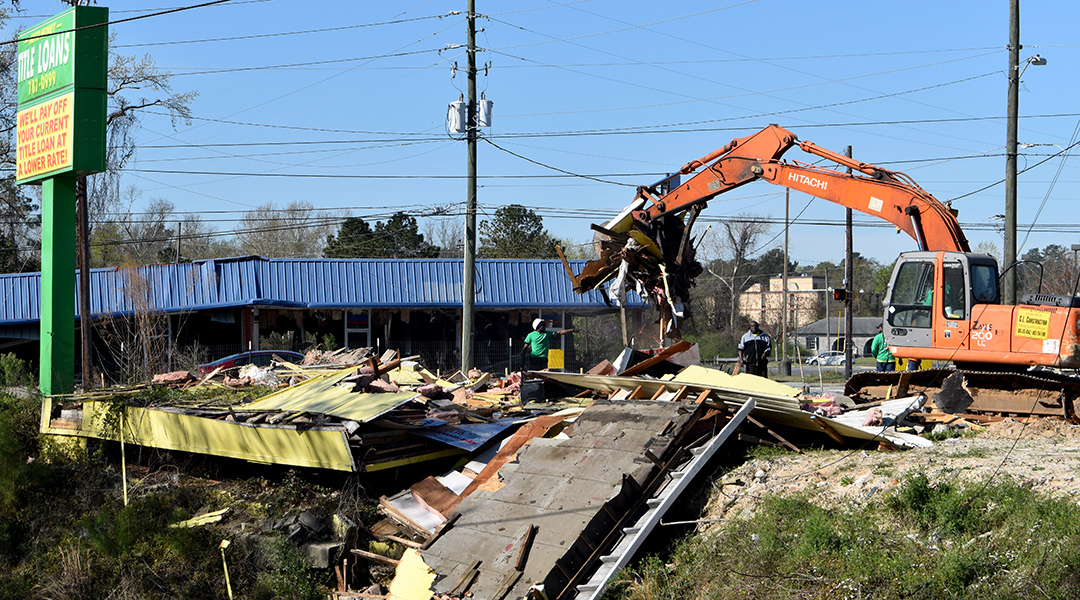 Title Loans, on the corner of Devine Street and Crowson Road, is the first of two former loan businesses to be demolished at this intersection. Intense flooding along Gills Creek in 2015 ruined multiple buildings in the area.

Four years ago floods devastated Columbia. Now, the dilapidated remains of buildings are finally being removed.

The former Title Loans structure, inundated by flood waters from Gills Creek, was demolished Monday morning by a city construction crew. The building was on the corner of Devine Street and Crowson Road.

The city of Columbia, alongside S.C. Emergency Management Division and FEMA, applied for federal grants to assist those impacted by the flooding.

Columbia eventually received Hazard Mitigation Grant Program assistance from FEMA to purchase affected properties, including the former Title Loan lot. The city must “demolish the structures in accordance with FEMA’s conditions, and return the land to green space in perpetuity,” according to a statement from the Columbia Police Department.

Valerie Marcil, a board member of the Gills Creek Watershed Association, said that while the floods undoubtedly damaged businesses and resources, the association and the city are moving in a positive direction with plans to make the ruined lot into a green space.

“It’s making lemonade out of lemons, really,” she said. Through a grant from DHEC in partnership with the city and county, the Gills Creek Watershed Association is designing a project for the green space.

According to Marcil, it would pull back the banks and meander the creek, and add trees and native plantings. In addition, creek access would be increased.

“It’s about cleaning up the water as well,” said Marcil, citing high levels of fecal coliform in the creek as a concern.

“Hopefully by this time next year we’ll be in the midst of construction and some things will be happening,” said Marcil.

Across the street, also along the bank of Gills Creek, the crumbling shell of a former TitleMax, also destroyed by flooding, still remains. The dilapidated buildings have served as a constant reminder of the destruction.

Although plans have not been finalized, the owner of the TitleMax property hopes that demolition on that structure will begin by the end of the month. 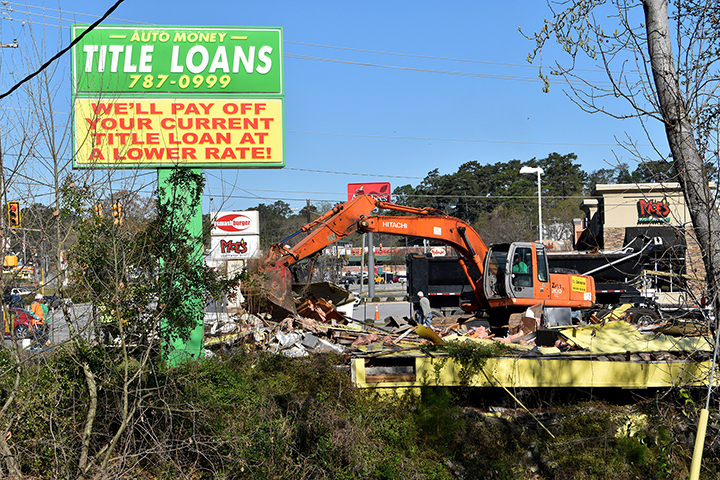 The Title Loans building on Devine Street was demolished and the lot cleared Monday, three-and-a-half years after it was destroyed in the October 2015 Midlands flood. 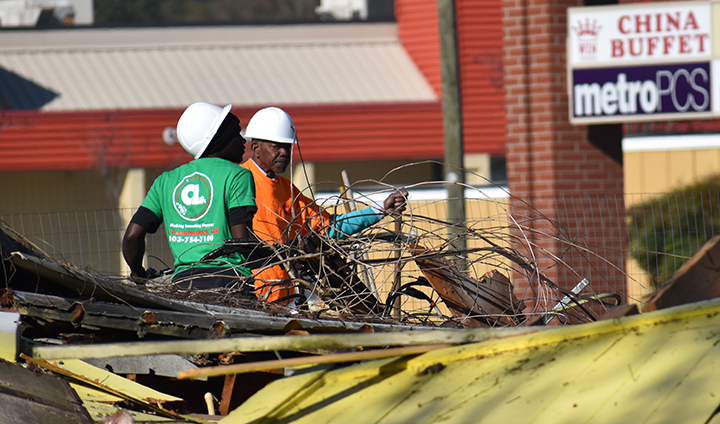 Standing in the rubble, C.L. Construction workers prepare to clear the lot of debris. 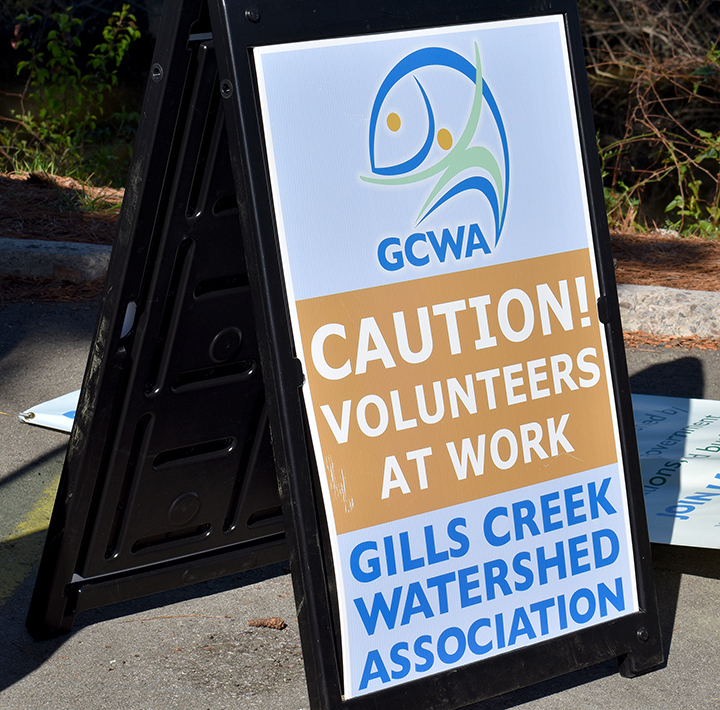 The Gills Creek Watershed Associaton is working on adding green space for the public and improving the environment around the creek. 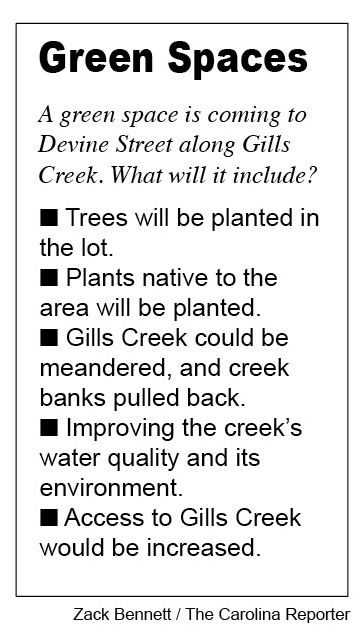