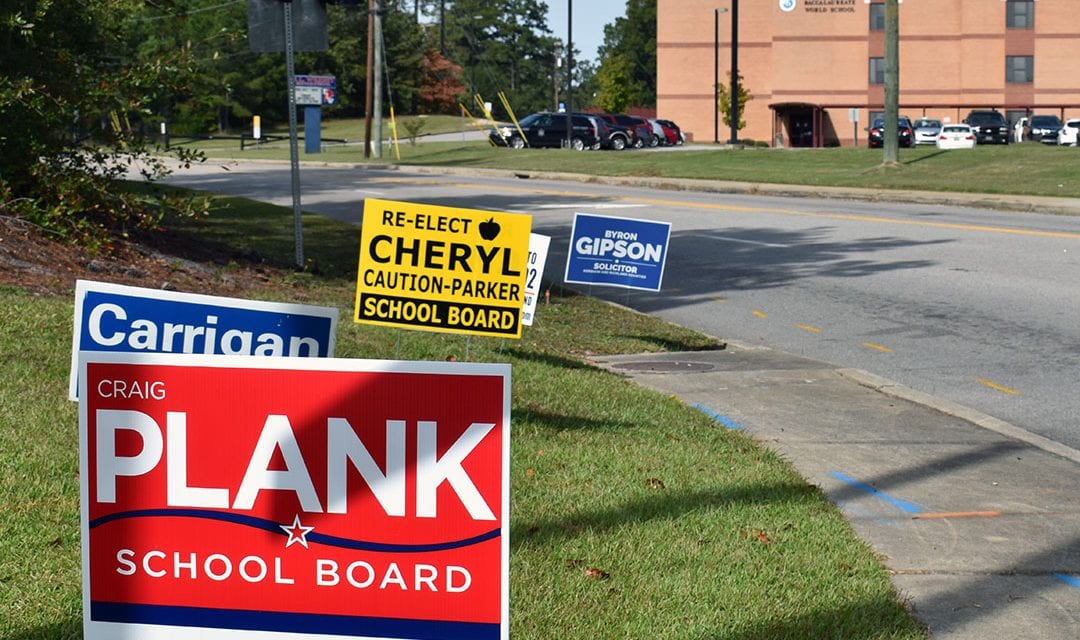 Campaign placards for the Richland 2 school board election and referendum are plentiful near E.L Wright Middle School on Alpine Road.

Voters in the Richland 2 school district will decide on Election Day whether the district can borrow more than $468 million to improve safety, security and transportation at the district’s schools and facilities.

The ballot referendum is divided into two questions.

The first question will deal with upgrading several schools in the district, including Forest Lake Elementary School and E.L Wright Middle School. The schools were built in the early 1950s and 60s.

If question one is approved by voters, the second question will address if the district can borrow an additional $86 million to build more performing arts centers and improve athletic facilities.

Superintendent Baron Davis said Monday night that it is vital to be transparent with the community about the bond referendum so voters are able to get information for themselves.

“We have the facts available for them to review and empower them with information they need to make an informed decision,” Davis said at a forum at The Brook Church on Parklane Road.

Wanda Russ-Kenscoff, who has a second grader at Roundtop Elementary School, wanted to hear more about the plans because she’s interested in making sure her tax dollars are spent wisely.

“I would be doing my child and the children in the district a disservice if I didn’t become informed about an issue that’s going to impact how they perform in school,” Russ-Kenscoff said.

Richland 2 board chairman  Amelia McKie, one of six members of the seven-member board chose to endorse the referendum, said some of the schools’ open learning spaces pose security hazards and she wants that fixed.

“We’re blessed to not be a community that has had to be reactive to a serious safety concern,” McKie said. The school district has more 27,000 students in 40 schools and centers.

Three bond proposals passed, including the latest in 2008 where voters endorsed borrowing $306 million to cover the cost of several construction projects of building four elementary schools, one middle school and one high school.

But not everyone is in support of the new bond referendum.

Northeast Taxpayers for Safer Schools, a political organization group of concerned Northeast Richland citizens, wants Richland 2 to focus on a more systematic plan to secure schools, without the inclusion of other items.

Ann Thomason, one of the members of the Northeast Taxpayers for Safer Schools, says she doesn’t believe its fiscally responsible to add more tax burden.

“I think they need to go back to the drawing board and come back with a more specific target of what the safety and security is going to look like and take out a lot of the extra stuff that we just can’t afford right now,” Thomason said.

Stephen Gilchrist, a founder of District’s 2 Black Parent Association, said he’s unsure how the district can continue to sustain the funding.

“The taxpayers of Richland Northeast are still in the process of paying off previous bonds that in some ways have caused taxes to be remarkably high on businesses, individuals and homeowners,” Gilchrist said.

While Richland County uses personal property taxes to fund school districts, Gilchrist said he worries people will leave the district and there won’t be anyone in the community to pay for the upgrades.

“There are small businesses and quite frankly they would just be out of business – primarily African American businesses that just won’t be able to survive if in fact this bond passes,” Gilchrist said. 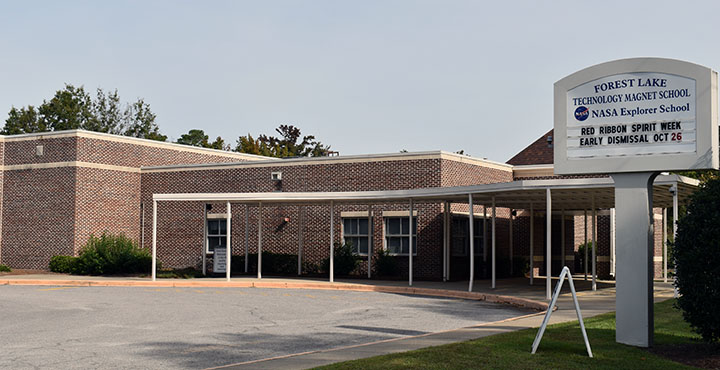 Forest Lake Elementary School is one of the oldest schools in District 2, dating to the early 1950s. The bond referendum would provide capital improvements and security to some older schools. 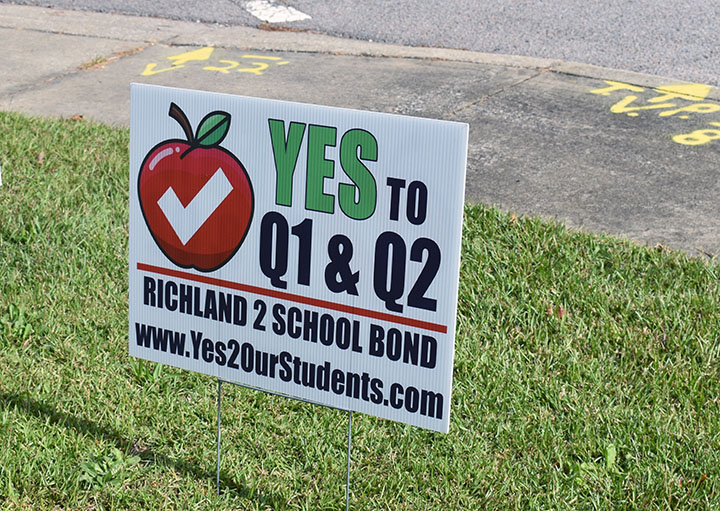 The Richland 2 School District is seeking voter approval for a $468.4 million bond referendum. The election is set for Nov. 6. 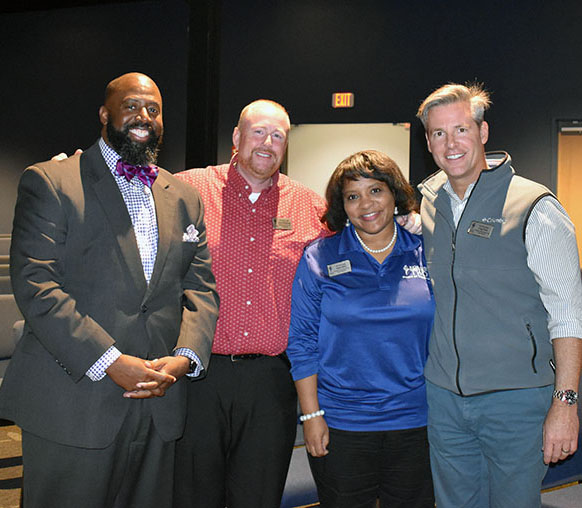 Superintendent Baron Davis and members of the Richland 2 School board held a meeting on Monday night at the Brook Church in Columbia to explain to voters the proposed $468.4 million bond referendum. 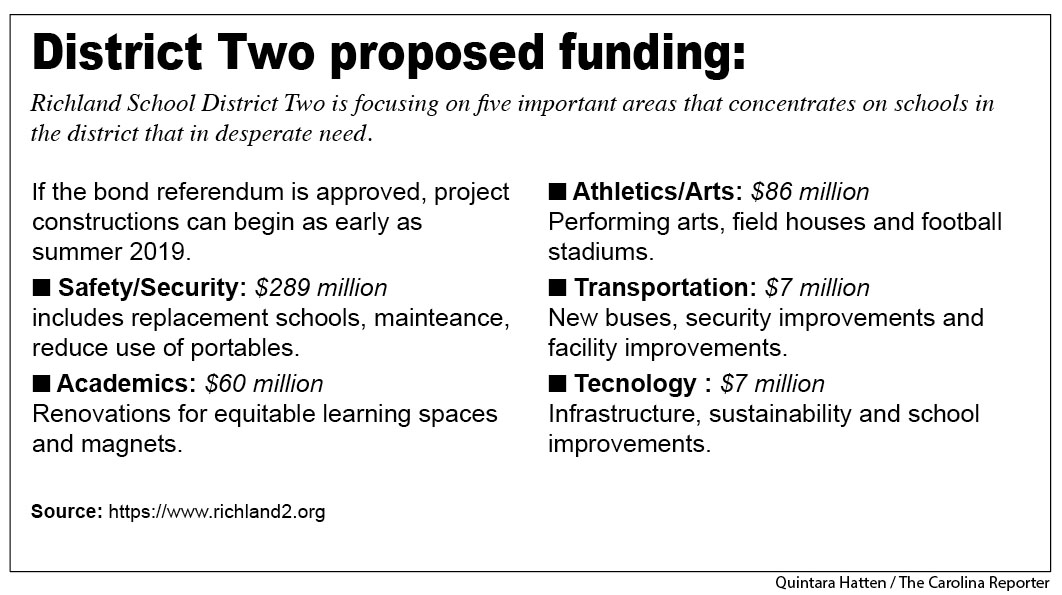