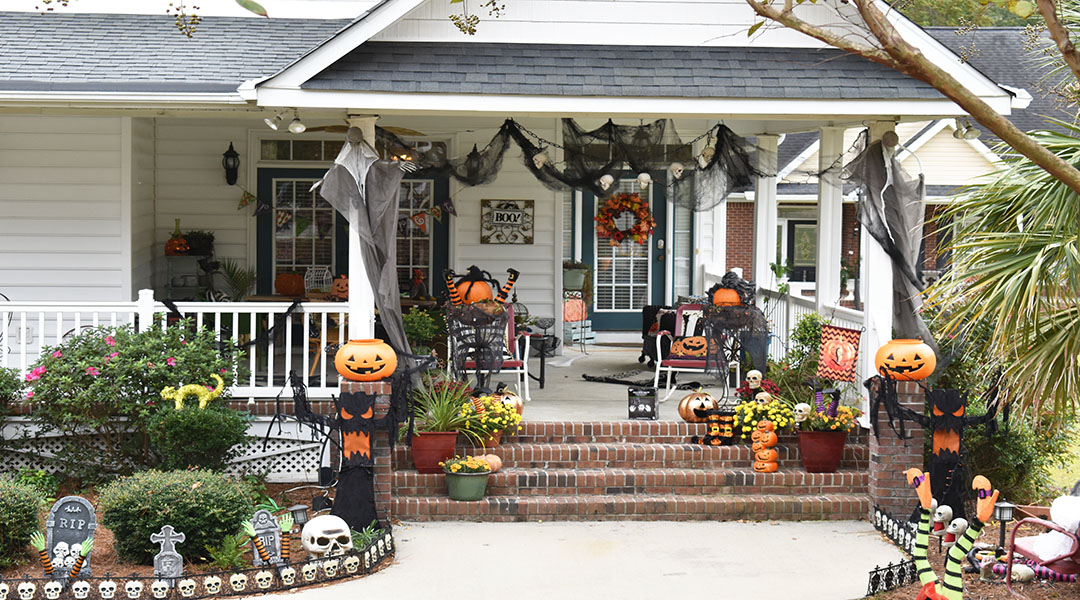 Bridget Lee, a 12-year-old from Lexington, is excited about dressing up as an albino werewolf to go trick-or-treating with friends on Halloween. But if she lived in Bishopville, South Carolina, and scattered communities across the country, it would be her last Halloween to legally trick-or-treat.

Cities across the U.S. have cracked down on teenage trick-or-treating and have put age restrictions on who can participate in the door-to-door Halloween activity.

“I think it’s not fair because if you’re older than 12 and want to trick-or-treat, you can’t,” Bridget, a 7th grader, said. “There should be laws about smashing pumpkins, not age ones.”

Teenagers in Chesapeake, Virginia, could face not-so-sweet treats that include fines up to $100 and up to six months in jail if they violate the ordinances, which also establish a 6-8 p.m. trick-or-treat time. Teens in other Virginia localities, including  Newport News and Norfolk, could face lesser misdemeanor charges if found going door-to-door in search of candy. Older children are allowed to accompany younger siblings.

In South Carolina, Bishopville has set age limitations on trick-or-treating for those 12 and under, while Charleston is more lenient at 16 and under but with a curfew of 10 p.m.

Bridget’s mother, Amber Lee, says trick-or-treating is a social event around their neighborhood and includes all ages. Although she agrees with a curfew for Halloween night, she’s less accepting of age restrictions and thinks it would be unfortunate if such regulations were to be introduced in the Midlands.

“If a child who is 15 shows up on my doorstep and is being respectful and trick-or-treating with a group of friends, or even by themselves, I’d rather have them doing that than doing some of the other bad choices they could be out making,” Lee said.

Kaylee Shearer, a 12-year-old  from Lexington, also plans on trick-or-treating this year as an “identity thief,” but rather than go with a group of friends, she’ll walk her neighborhood with her little brother and mom and dad.

Like Bridget, Kaylee disagrees with the rules and says that a 13-year-old shouldn’t be paying fines or going to jail yet. However, she does think there are certain exceptions when it comes to older kids bullying and misbehaving on Halloween.

“It’s okay if 16 and 17-year-olds are still trick-or-treating as long as they don’t do weird things, like jump out of bushes and scare the crap out of kids,” Kaylee said.

Kaylee’s mother, Lindsay Shearer, says that the age limitations are “ridiculous” and trick-or-treating is mostly just “harmless fun.” She also thinks that the age restrictions are “incredibly too young” and say a lot about society’s expectations of children nowadays.

“This day and age, kids are expected to grow up too fast, and they can’t just be kids anymore. When things like this happen at 12, it puts in their head that they’re not kids anymore,” Shearer said. “To me, it would have nothing to do with age. If they’re just simply trick-or-treating, just wanting to have fun, I’m going to give you some candy and send you on your way.” 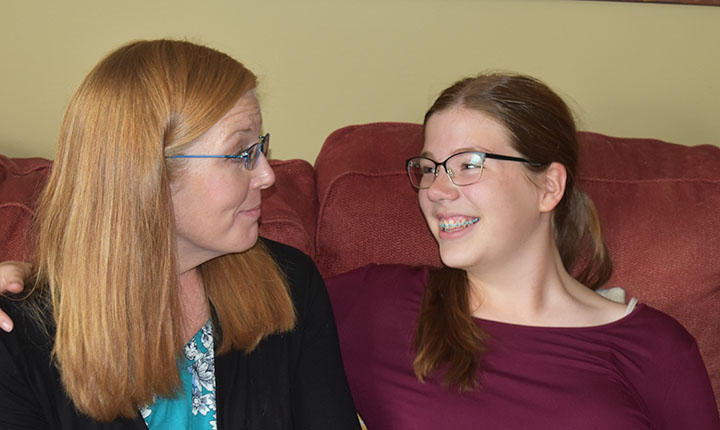 Amber Lee of Lexington enjoys seeing her 12-year-old daughter Bridget trick-or-treat each year. She says that she was never able to go as a child, so she’s glad Bridget gets the opportunity. 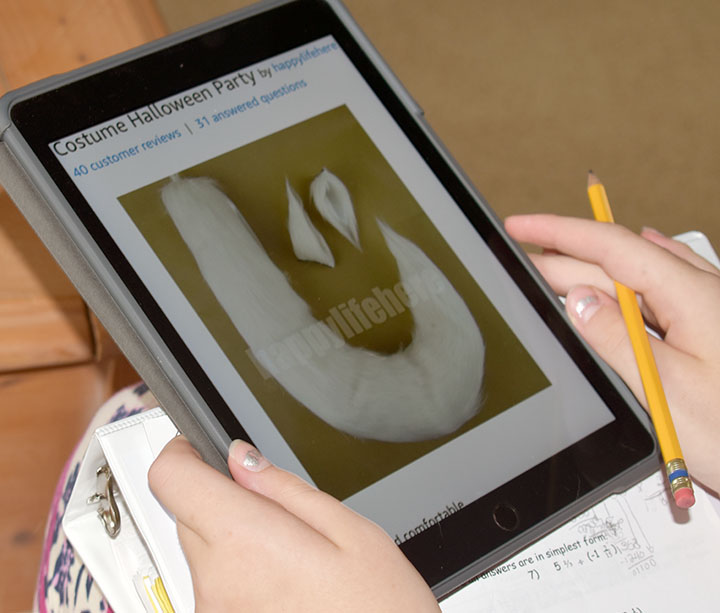 Bridget Lee is planning on dressing up as an albino werewolf for Halloween. She recently bought a key part of her costume online. 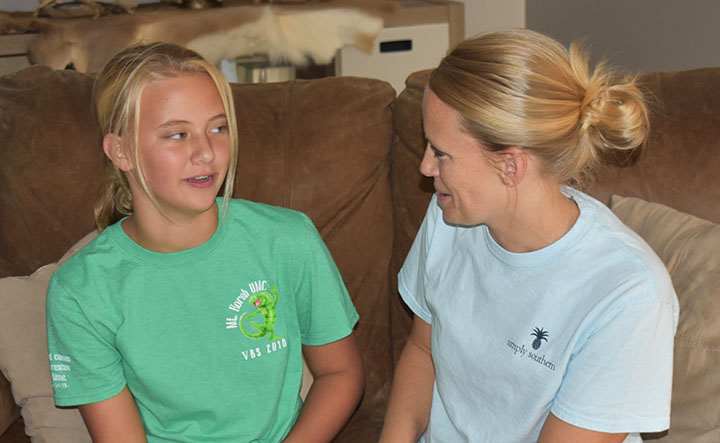 Twelve-year-old Kaylee Shearer and her mother Lindsay Shearer say Halloween is a family night. They trick-or-treat together in their Lexington neighborhood. 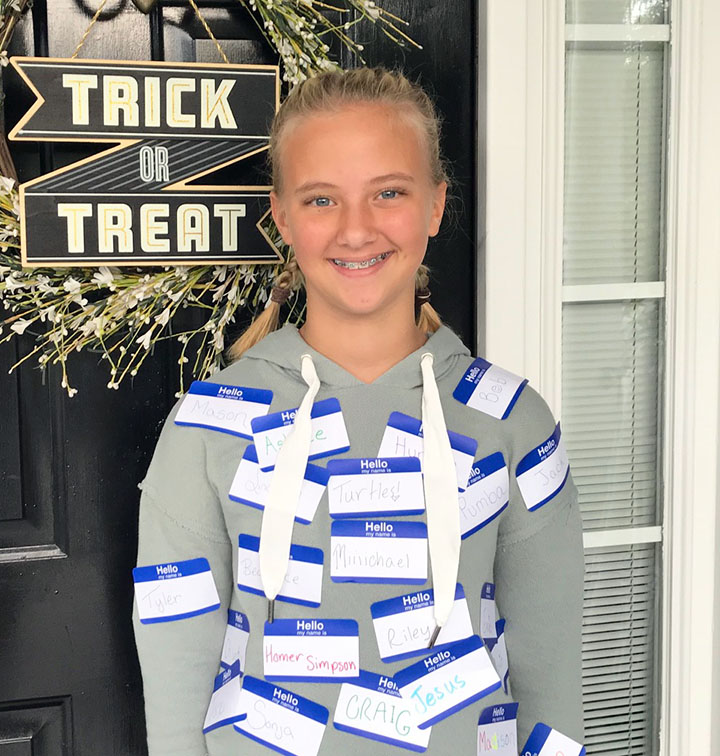 Kaylee Shearer is dressing up as an “identity thief” for Halloween. She says she got a pack of nametags, wrote a name on each one and then stuck them to her to create the costume. 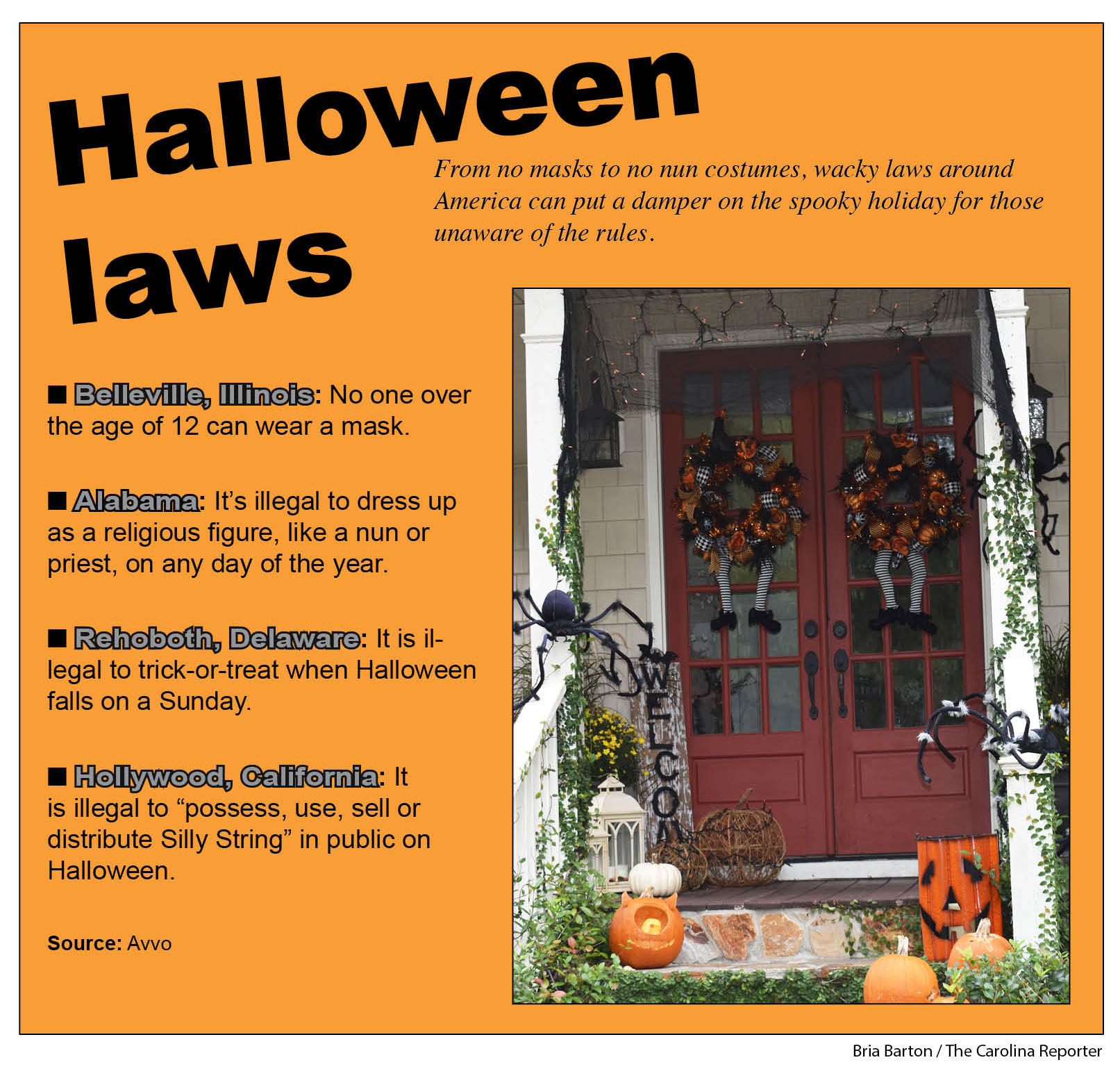