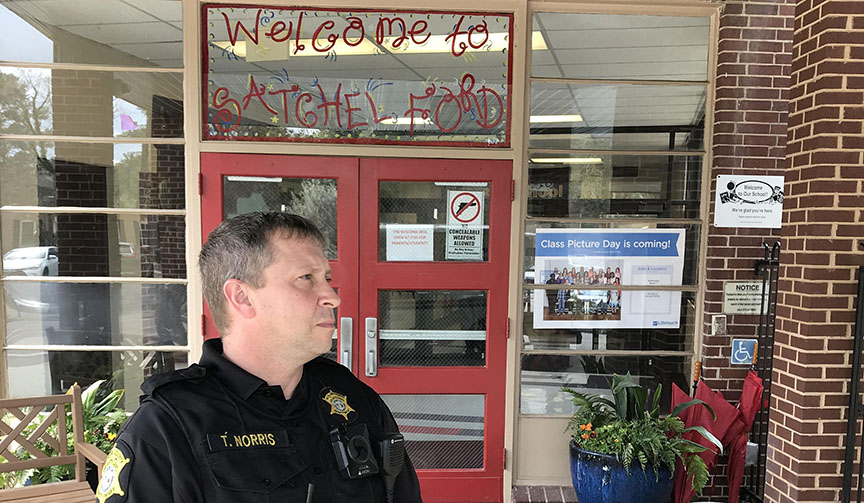 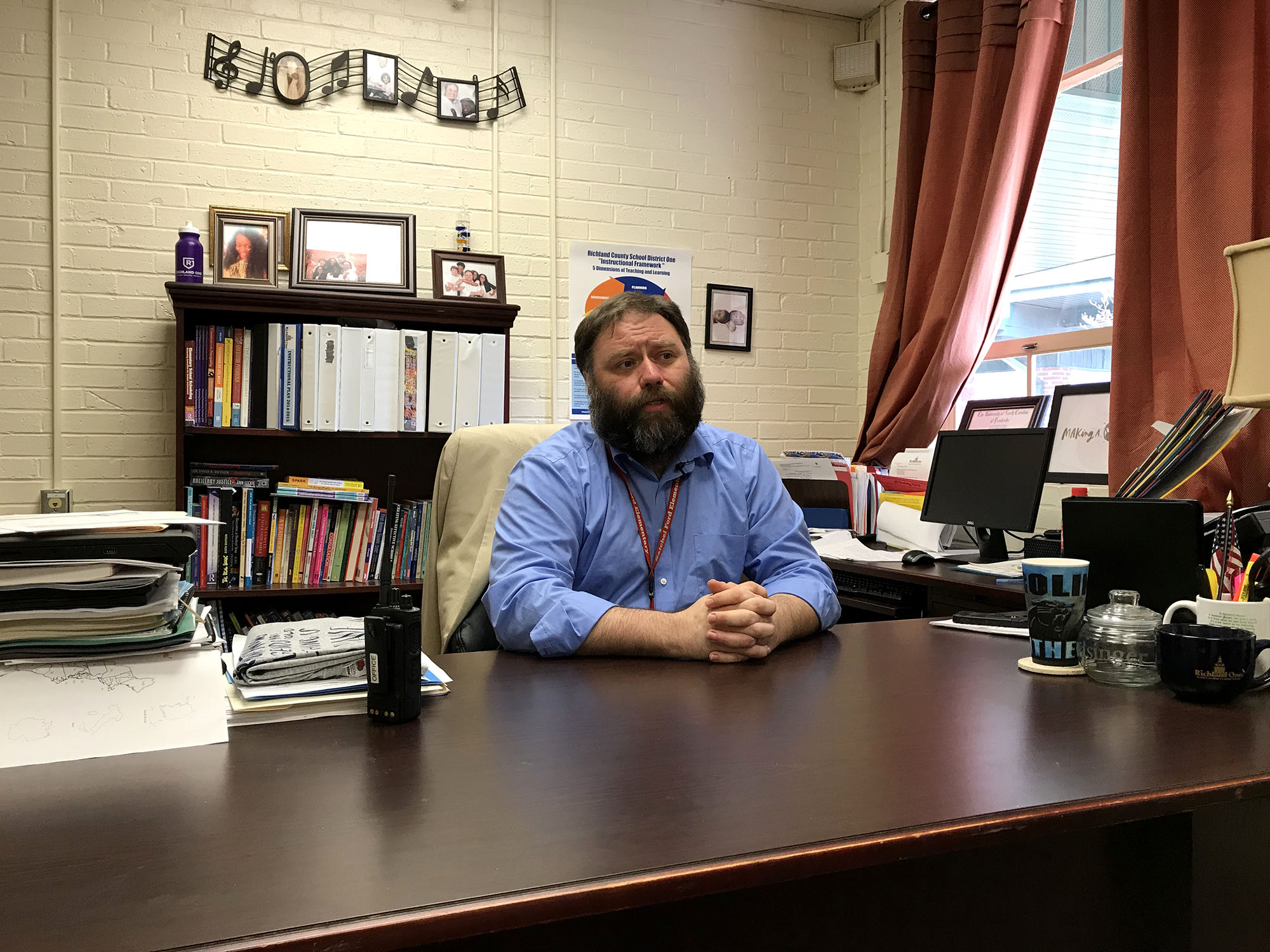 Kevin Hasinger, the principal of Satchel Ford, met with his faculty in the wake of the Florida mass shooting. 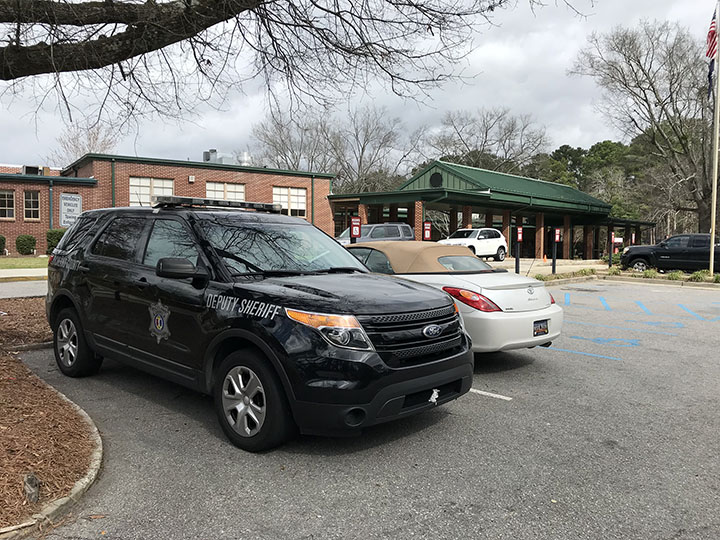 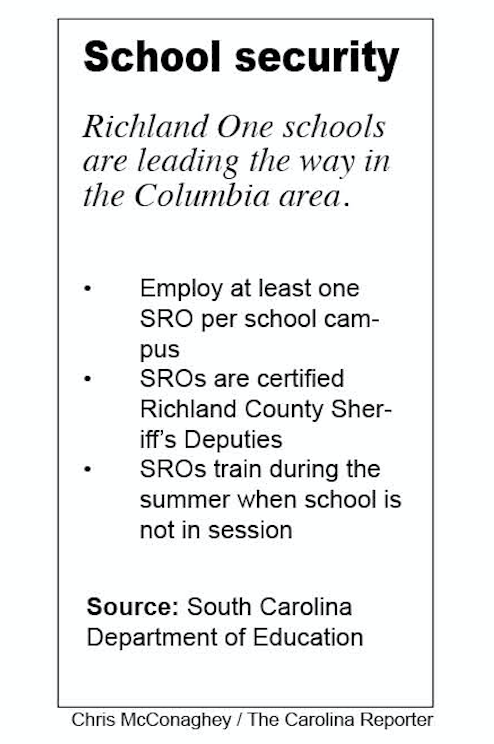 The SRO program, facilitated by the Richland County Sheriff’s Department, is designed to provide a variety of support programs and services to students and staff. 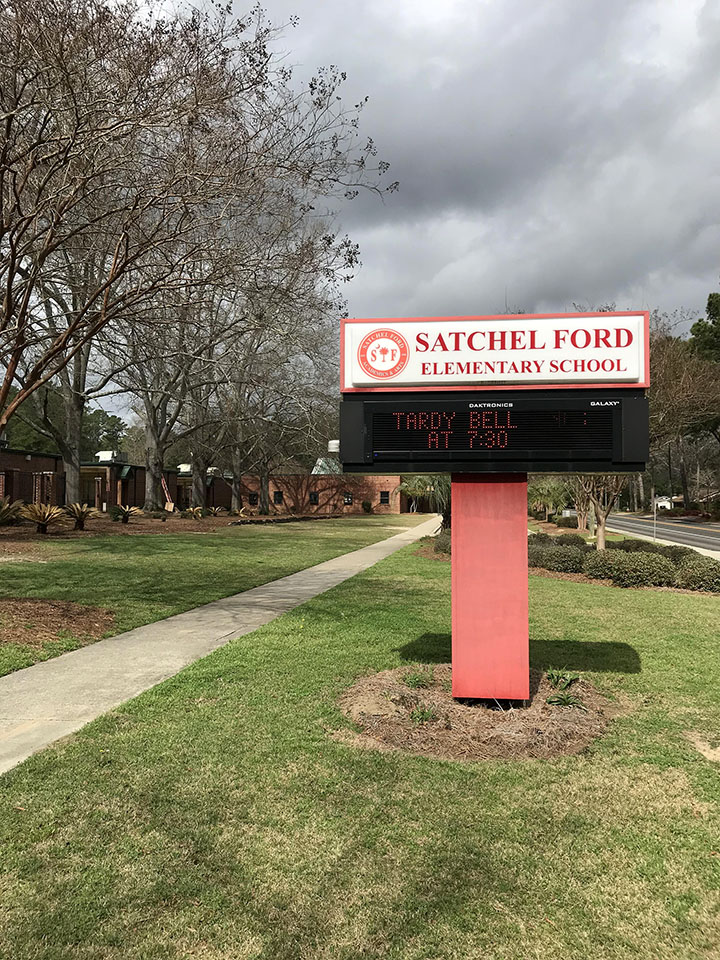 In the wake of the Parkland, Florida, school shooting, Midlands school district officials are asking a simple question: “What more can we do?”

Kevin Hasinger, 42, the principal of Satchel Ford Elementary, went over security protocols with his staff — again — following the Feb. 14 shooting at Marjory Stonemason Douglas, and the deaths of 17 students still weighing heavily on his mind.

“I tell my teachers, ‘Don’t let your vigilance slip.’ That one time you forget to lock the door when you go outside might be the time something happens,” Hasinger said.

Now, he is worried about what is, in his opinion, the biggest security risk at his school — the playground. It is surrounded by a low-lying fence and is adjacent to a public road.

Hasinger has continued to remain proactive, and has submitted a request for funding to his school district, Richland 1, to raise the fence.

Hasinger is adamant about making sure doors on his campus remained locked at all times, including locking all interior classroom doors. He believes limiting the school’s access points is the key to keeping things tight.

“There are people in this world who will work very hard to do bad things,” Hasinger said.

After the shooting, Hasinger sent out a telephone voice memo to parents, seeking to reassure them of the district’s safety efforts.

“We have lockdown drills twice a year, and practice face-to-face training with teachers regularly to help them know what to do in the event of a crisis,” Hasinger said.

Those parents will likely be a part of a national conversation about how best to protect America’s school-aged children. The survivors of the Florida shooting have already met with President Trump and members of the Florida legislature, igniting a debate on gun control that isn’t expected to go away.

Thousands of students across the nation marched on March 24 in Washington, D.C., and other cities to protest gun violence and school shootings. The NRA has said it will not support any ban on assault rifles, citing Second Amendment rights.

Trump, along with the National Rifle Association, the nation’s largest gun lobbyist group, has advocated arming teachers, coaches and administrators to protect schools.

Hasinger believes equipping teachers with guns would be more hazardous for both teachers and students.

“The potential increase for injury is greater than the threat of a school shooting,” Hasinger said.

Satchel Ford Elementary, located in Forest Acres, is part of the Richland 1 school district, and is the only district in South Carolina to have armed security resource officers on every campus, Hasinger said. The Richland County Sheriff’s Department operates the district’s school resource officer program.

Because of lack of state and federal regulation requiring schools to have a SRO, districts vary greatly in policy. Each school district is responsible for providing the funds for employing the officers. This results in discrepancies between neighboring districts, and even schools, in the state.

“In North Carolina, where I was an assistant principal at a high school, there was one SRO for every five schools. We would be lucky to see them twice a week,” Hasinger said.

But even Hasinger knows that maintaining safety requires more than just relying on outside security. That’s why he gave his staff a security refresher – something he routinely does after incidents like Florida.

“We need to not be afraid to talk about it. It takes a community to keep a school safe. If you see something, say something,” Hasinger said.