The Gardner-Webb basketball team gathered for a moment before their practice at Colonial Life Arena Thursday morning. The team is scheduled to play Virginia in the first round of the NCAA basketball tournament Friday at 3:10 p.m.

For the first time in school history Gardner-Webb basketball has secured a spot in the NCAA March Madness tournament.

The team arrived in Columbia Tuesday evening to begin practice for what the players described as “the biggest game of our lives.”

Grad-assistant coach and Columbia native Alex Quillen is using the team’s success as an opportunity to return home.

“Everything right now is amazing, and just the fact that it’s here makes it even better. I’ve never seen Columbia like this before, they’re going all out,” Quillen said.

A 2017 graduate of the University of South Carolina, Quillen previously worked as a manager with the Carolina basketball team and is no stranger to Colonial Life Arena, where he said the Gardner-Webb players were “mind blown at the South Carolina practice facility.”

“I’m returning to USC and I’m a coach for Gardner-Webb in March Madness. This is where I graduated and where I’ve played before. It’s different for me but it’s awesome,” Quillen said.

Quillen began playing basketball at the age of eight and was a member of two-time state champion basketball team at Irmo High School alongside former USC player, Justin McKie.

The Gardner-Webb Runnin’ Bulldogs claimed a spot in the NCAA tournament after beating the Radford Highlanders in the Big South Tournament. The success and support they’re experiencing is propelling the team for their game Friday against Virginia.

“I’m nervous, I’m excited, I’m pumped. Out of the one seeds Virginia is the team that we match up best against, because they play really similar to how we play. The way they play makes it so the little schools can hang,” Quillen said.

In last year’s tournament Virginia lost against 16 seed UMBC in the first round, the first time ever a 16 seed beat a No. 1 seed in tournament play.

Players from Gardner-Webb are practicing to prepare themselves for any situation.

“We’re just going to come ready to play to be honest, anything can happen when we’re both on the court,” said freshman Jose Perez in a press conference on Thursday.

Gardner-Webb has the second smallest school enrollment out of any team in the tournament other than Wofford but are hoping Columbia’s close proximity to Boiling Springs, N.C., will gather a crowd and give the game a “home game feel,” said Perez.

The success of the team’s season will have an impact on the team and school for years to come, team members and coaches said.

“Boiling Springs is unreal with love right now. People are showing up to everything now,” Quillen said. “Probably half the country has never heard of Gardner-Webb, now people know who we are.”

“This is our first time in history doing this. We want to leave our legacy and leave it all out on the court. I trust all of my teammates. We’re not the biggest team but we have a lot of fight, we have a lot of heart,” said forward DJ Laster at the press conference.

The team believes their success comes from the support of coaches and their ability to instill confidence in the players and their preparedness following practice.

Quillen will be alongside the team at the game sporting a shaved head.

“We beat a team when I was bald that was in the ACC. I’m superstitious,” Quillen said of his haircut.

Gardner-Webb is set to face off against the Virginia Cavaliers Friday at 3:10 p.m. airing on ESPN. 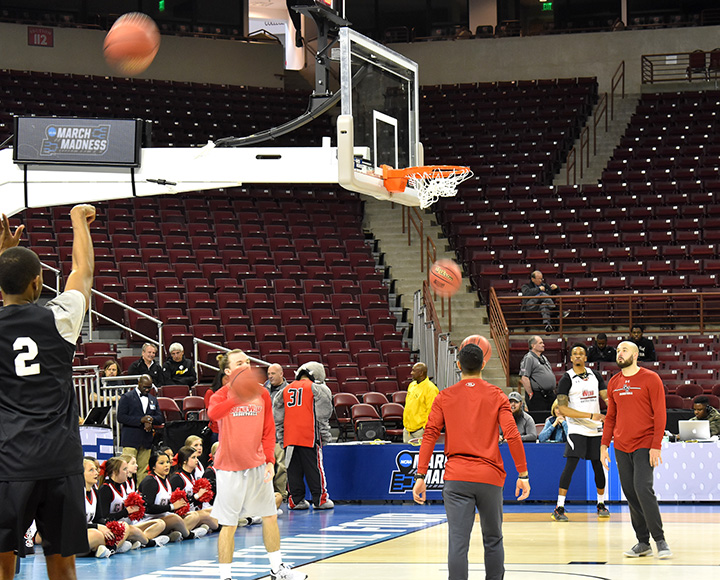 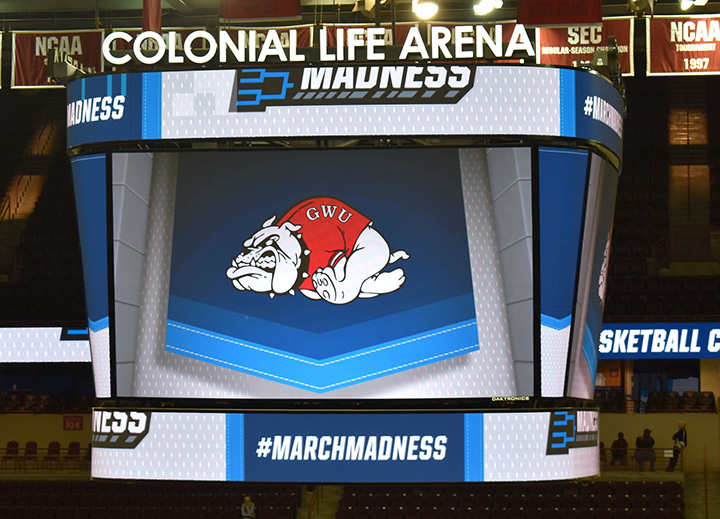 For the first time in school history the Runnin’ Bulldogs have advanced to the first round of the NCAA Tournament.