S.C. buses older than fifteen years catch on fire and need to be replaced 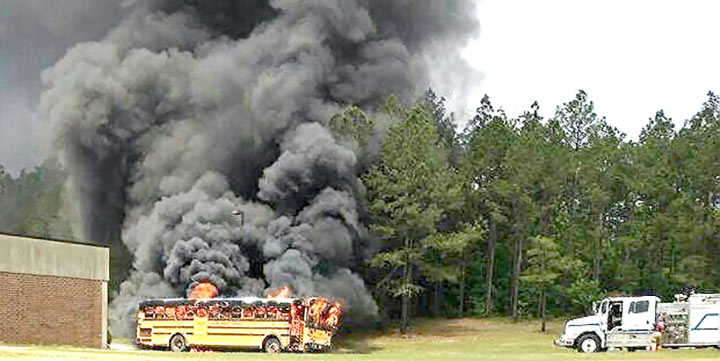 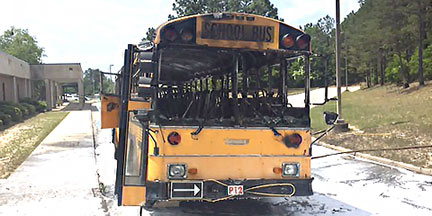 Since 2012, there have been 24 school bus fires with vehicles over 15 years old. 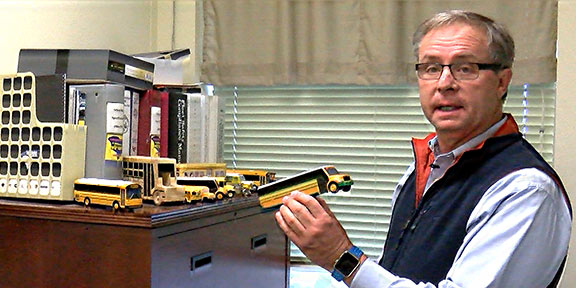 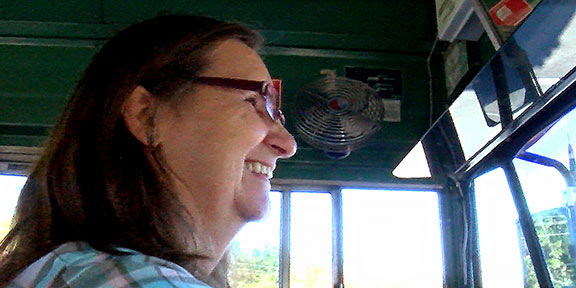 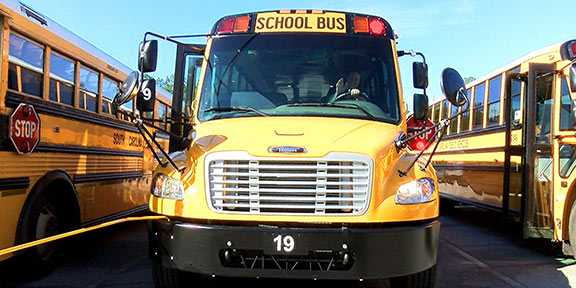 he South Carolina Department of Education is buying 855 new buses this year.

To Watson, the bus is more than just a vehicle. It’s a longtime friend, a friend she calls Nelly.

“I named her after my grandmother’s favorite pet cow,” Watson said. “Always there, always dependable.”

But Watson will soon be putting Nelly out to pasture and hopping aboard a 2018 school bus. A series of bus fires and other maintenance issues has focused attention on the aging South Carolina fleet. Out of 5,582 buses running in South Carolina, 1,347 buses are older than 15 years and need to be replaced.

The average age of the state’s buses ranges from 15-to-30 years old. The South Carolina Department of Education has purchased 855 buses since January.

Watson said the old buses are easy to drive, but there are problems with maintaining a 27-year-old bus.

Watson says her bus only had two maintenance issues that were quickly taken care of by mechanics of the S.C. Department of Education. She believes it’s the driver’s responsibility to take care of the bus, no matter how old they are.

“I really think it comes down to a driver being aware of their vehicle,” Watson said. “Turning in a maintenance write up on it as soon as they find an issue. Letting the supervisor and the state determine if that puts that bus out of service.”

Mike Bullman, assistant director of School Bus Maintenance, says he is committed to fixing the buses while adding new models to the fleet.

The wiring becomes old and securements can break, which is why Bullman says inspections should happen more often to prevent that from happening.

“It is disappointing that the maintenance of them cannot be achieved a little quicker and a little more efficient.”
– Rhonda Watson, school bus driver

He is working alongside S.C. Schools Superintendent Molly Spearman to gain more funds to purchase new buses and says she has been really committed to making sure the bus fleet is at the highest standard possible.

Bullman says they’ve been able to get funding from the General Assembly and use internal funds intended for maintaining older engines to buy new buses.

Bullman is confident in  his plans to create a safer fleet.

“It is the safest form of ground transportation in the world,” Bullman said. “If we can get on our 15-year replacement cycle, we’ll go a long way to making the fleet as safe and efficient as possible.”

Watson still drives Nelly to pick up students, but she’s willing to make the transition to the new 2018 model of school buses.

“I thoroughly enjoy driving these,” Watson said. “They handle wonderfully, they hold about the same number of students, which doesn’t interfere with the routes already put in place.”

As far as which one she prefers to drive, the old Nelly or the new Nancy, both buses have their strengths.

“From just a driver’s point of view, I like that old beauty cause it’s what I knew,” Watson said. “For the safety of the students, these are better. Because these newer buses offer additional safety equipment that Nelly doesn’t have.”

Watson says she’s open for a change of buses, which means leaving her friend Nelly in the past, and driving forward to ensure the safety of the students.