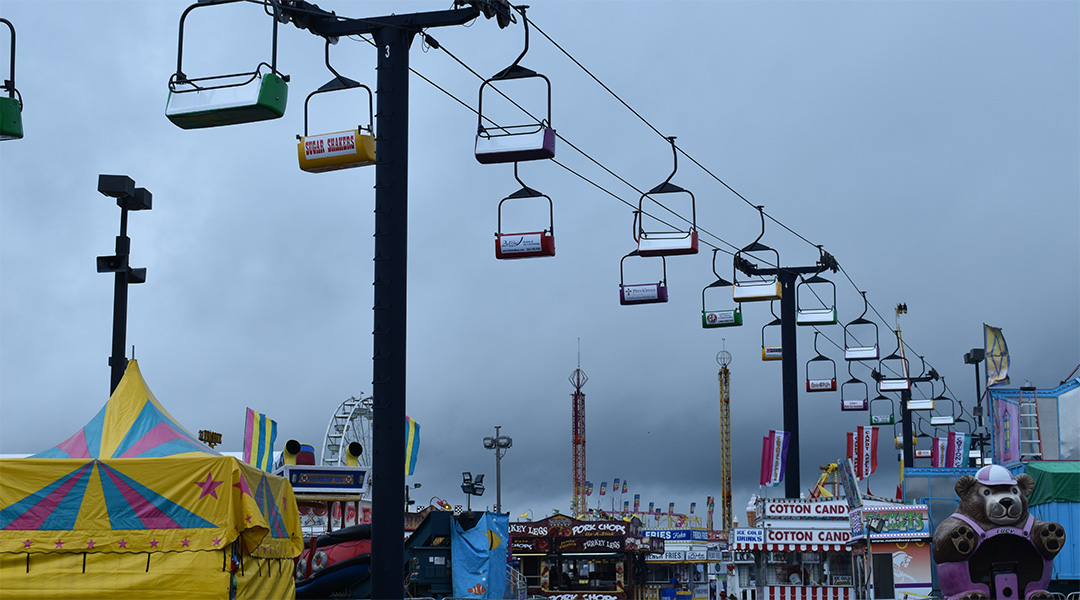 Opening day at the South Carolina State Fair is always $1 admission day and reports of an impending storm didn’t stop excited patrons from lining up hours before the gates opened.

Fairgoers were met with less than favorable weather conditions when they walked through the gates today as heavy rains pounded the fairgrounds.

“I’m actually surprised we have so many people already,” said Whitney Carter, a fair staff member. Carter also noted that even with the rain lines were comparable to previous years.

Hurricane Michael, which hit the Florida coast as a category 4 hurricane Wednesday, is already having projected to bring high winds and significant rainfall.

South Carolina State Fair officials say that though the Midlands are expected to see some effects from the storm, they don’t expect the storm to extensively dampen fair festivities and attendance.

“As with everything at the fair, patron safety is our number one concern,” said Nancy Smith, general manager for the fair. “Some things we have control over but weather is not one of them.”

In the event of an emergency situation, fair officials have a public address system that they can use to notify fairgoers to go inside and seek shelter. Should winds reach dangerous speeds, rides will be shut down.

Carousel Food Services, which has multiple food trucks at the fair, has a partnership with Storm Services, a Georgia-based company, that provides food for service members when a natural disaster strikes.

Blake Rease, the manager for Carousel food trucks, says that the company has sent some employees to help with hurricane relief, but the absences will not have an impact on the fair.

“I think it’ll just rain the next couple days and maybe slow it down,” Rease said. “We’ll be good for the weekend; the rain won’t stop us. The wind is the only thing I could see being a problem.” 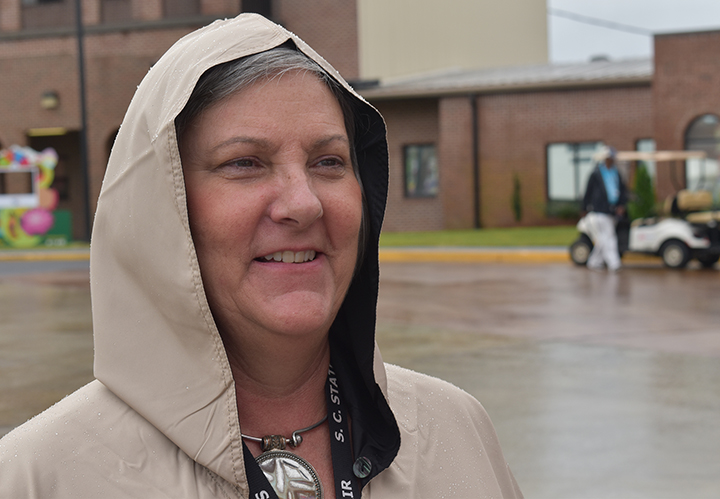 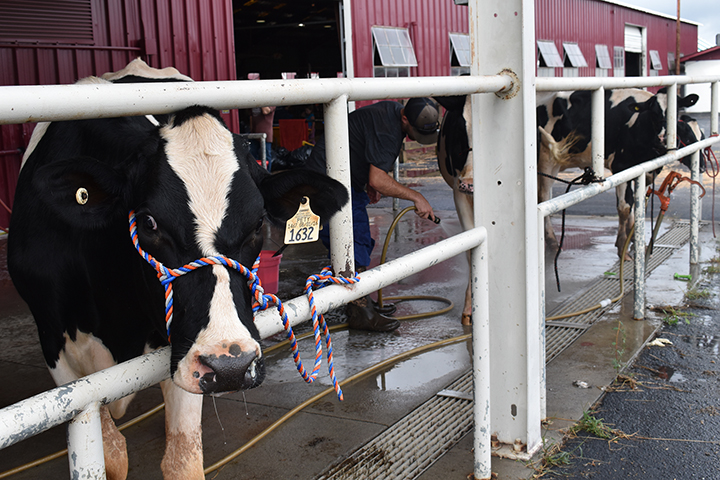 In the event of severe weather all livestock will remain at the fair, but will be moved to the inside portion of the barns. 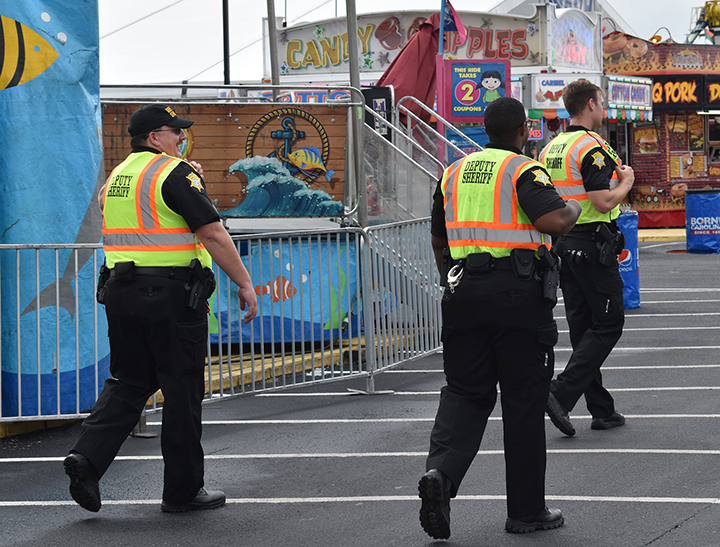 Along with diligently monitoring weather conditions, fair officials have added additional personnel that will be on the grounds in case of emergency. 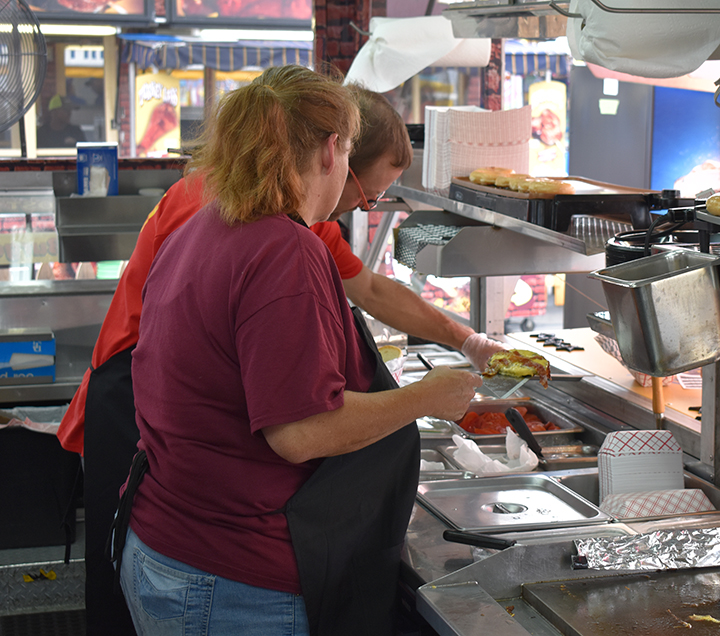 American Classic Burger, one of the food trucks owned by Carousel Food Services, is preparing for a large crowd. The menu features specialty burgers, like the doughnut burger.