Side hustle is new normal for SC teachers 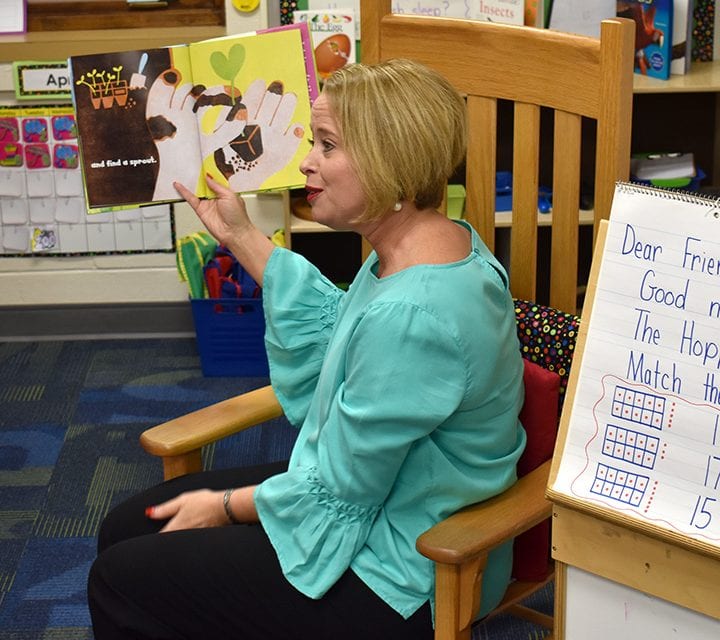 Trina Poston reads to her classroom of 21 kindergarteners at Dutch Fork Elementary school. A teacher of 30 years she has recently added a second job for the last year.

At 4:30 a.m., an alarm sounds to wake kindergarten teacher Trina Poston.  She brushes her teeth, dons an orange T-shirt, applies a layer of red lipstick and sits down in front of her home computer.

It’s three hours before she is due to arrive in her Dutch Fork Elementary School classroom, but two days a week the 30-year teaching veteran turns on Skype and teaches students in China to speak English. It’s an early morning side gig that she needs to supplement her $62,000 teacher salary.

“I don’t make a whole lot of money teaching in school,” said Poston, a divorced mother of four sons, including two in college.

At 6:30 a.m. she is done with her international lessons for the morning, prepares herself and her youngest son for school, and goes to her full-time job.

For the next eight hours, she teaches 5 and 6-year-olds the alphabet and simple math. After the final bell rings and the children are in car pool lines or in their respective bus seats, Poston plans her lessons and then goes home.

Juggling a second job after hours isn’t uncommon in South Carolina. Teacher salaries are about 7 percent less than they were in the 2008-09 school year, according to the National Education Association. Because of this, teachers like Poston are finding other ways to make up the difference.

“I needed to get a second job because I needed that additional income,” Poston said. “While I love what I do, teachers … some would say make a decent salary and some would say if you’re a single parent of four children like I am and you want to live in a nice middle-class neighborhood, it’s stressful and hard to make ends meet.”

South Carolina ranks 48th in the United States in pay for teachers.

Lawmakers have proposed raising salaries along with addressing a host of other initiatives in a comprehensive K-12 bill that some suggest will not make it through the 2019 session. It would raise teacher wages to the minimum requirement of $28,190 and alleviate the pressures of state testing. Sen. Mike Fanning, D-Fairfield, wants the bill to get thrown out.

“This is the single worst piece of education reform legislation written in decades,” Fanning said.

Fanning wants the bill to be revised in order to include teachers in the debate. As a former educator, Fanning wants to pass the message along to teachers that their voices are important.

“The bill was written with zero input from educators. We would never write a tort reform bill without having lawyers at the table,” Fanning said.

One in five teachers in the United States are working a second job, and about 20 percent of teachers in S.C. are forced to have a “side hustle,” according to Fanning.

Third-year teacher Kristen McCulloch says that working a second job forced her to “adjust how I would do grading and planning.”

McCulloch began waitressing as a second job before transitioning to working the after-school care program at her school, Annie Burnside Elementary in Columbia.

“You can’t have doctors without teachers, and they get paid six times what we’re making,” she said.

McCulloch is an advocate for teacher pay raises and worries that teachers don’t have much left in their paychecks after paying taxes and medical benefits.

“It needs to be made more aware that what our salary is listed is not anywhere close to what we take home,” McCulloch said. “We take home maybe half of what is listed. If people saw what the take-home is… it’s scraping by.”

“I’m a single teacher; I wanted to buy a house and have some spending money. Teaching pay is not the best. I wanted extra money to do extra things. If you want to be able to go on vacation or buy extra things you do need to pick up that second job,” East said.

East began work at the auto store for the additional money but kept the job because of the health insurance they offered that was “way better than what the state offered,” East said.

East is on sabbatical from her school while she serves as SCEA president. She become involved in the organization to feel like she was “part of a union” and to help make change for teachers.

The Senate budget is calling for a 4 percent pay increase, which would be one of the largest pay increases in decades.

“This pay increase only gets us to our minimal obligation to teachers. This is needed,” Fanning said. “But before we pat ourselves on the back, all we’re doing is fulfilling the minimum requirement by law.”

Working a second job is an additional anxiety onto teachers for many reasons.

“The harder of the two is being a public-school teacher. When you’re there in front of those kids you’re giving 100 percent of what you have because if you don’t those kids will eat you alive.”

Poston said preparing her early morning lessons for her Chinese students and knowing she is taking hours away from her own family and herself “makes it stressful in and of itself. I really wish I had all the money and didn’t have to do it.” 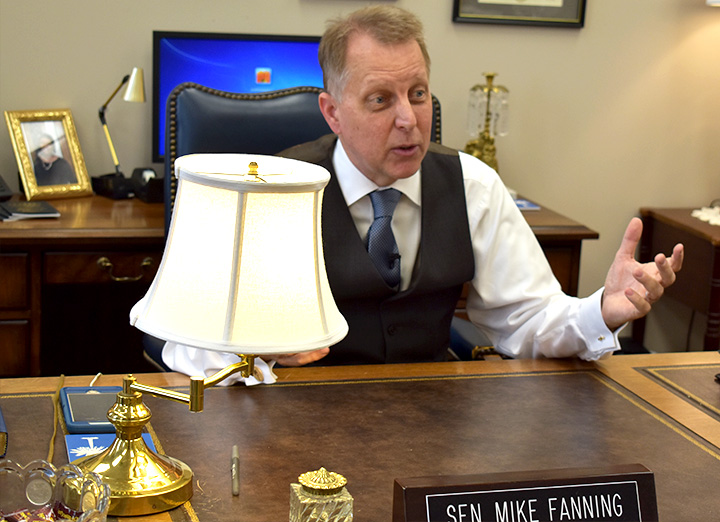 Sen. Mike Fanning, D-Fairfield, is an advocate for stalling the K12 Reform bill in the senate to allow for teachers to give input on what needs to be changed. He referred to the bill as “the single worst piece of education reform legislation written in decades.” 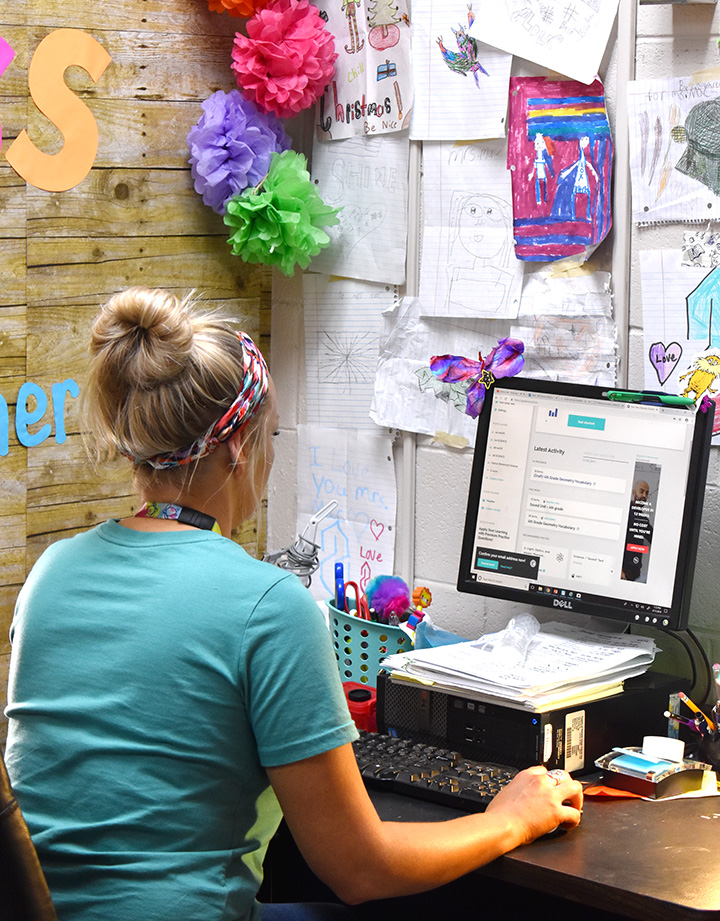 Fourth grade math and science teacher Kristen McCulloch uses her planning period to review lessons for her students. She began waiting tables as a second job then transitioned to work the after school care program at Annie Burnside Elementary.

McCulloch, in her third year of teaching, decorates her classroom with motivational quotes for her students. The materials are paid for out-of-pocket by her.