Single-parent households on the rise 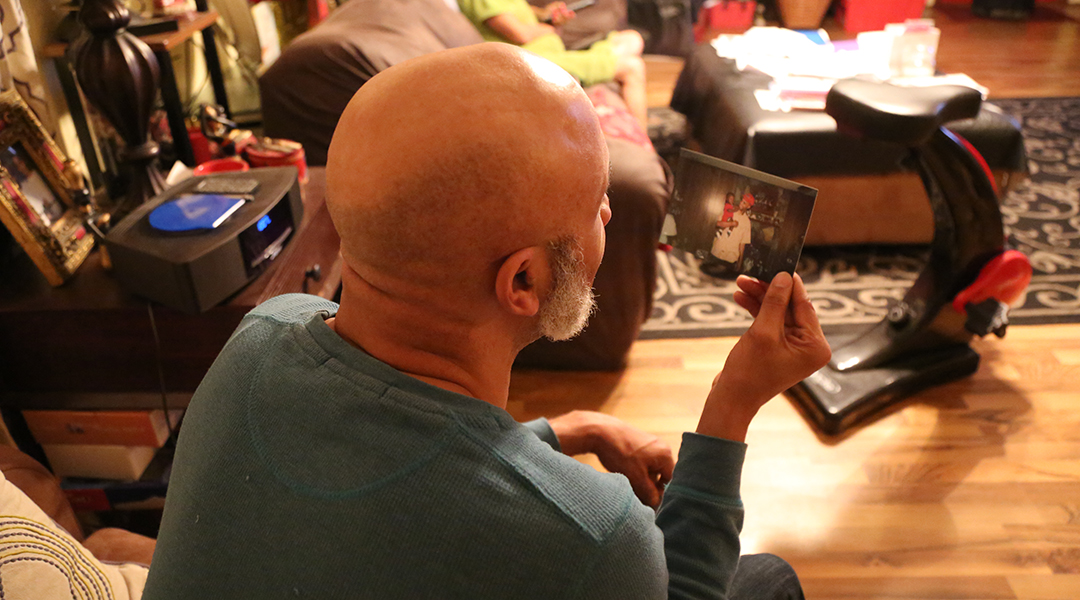 “All around my daughter turned out to be a good child. She is truly a blessing,” said Reginald Danzy, a single father to his daughter Alexis, now 20 and enrolled in college.

It’s dark when Karen Thomas shuts off her alarm at 4 a.m., but she needs those early morning hours to prepare herself for work and get her two youngest children off to school.

Thomas, like many American mothers who are divorced or never married, is running a single-parent household, a situation that she says sometimes makes her feel that her hands were “put on backwards.”

If Thomas feels alone in those hours before dawn, she shouldn’t. New research by the Pew Research Center finds that one in three children are now living in a household with a solo parent, more than doubling the number since 1968.

Pew examined statistics from the U.S. Census Bureau and found what many Americans already see every day. While the majority of children, 65 percent, live in two-parent households, there are growing numbers of children, particularly in the African-American community, who live in households run by women. Declines in marriage and the lessening of taboos about births outside of marriage have contributed to the increase.

Thomas, who lives in Columbia, had two grown children, now 14 and 19, from a previous relationship where the family lived together. She chose not to live with the father of her two youngest children, Brailen, 7, and Reagan, 4.

“It’s quite an adjustment. And you have to compensate for their feelings, and how they feel about it. You don’t want them to feel any different or any less because they have a one-parent household,” she said.

Patrice Penney, a clinical assistant professor in the University of South Carolina’s College of Social Work, said Thomas’ concerns are reflective of the research she has conducted during her 35 years studying urban, low-income children, youth and families.

“It’s more typical that single parents have more stress. You often have stressors like conflict,” she said. “In some cases, single parents do have support systems. But if not, the child can become the parent’s confidant and start to mature early. That can impact the child negatively and burden the child’s ability to be social with their age group.”

Other stressors include the impact of one paycheck, caregiving, discipline and school responsibilities.

“You have to weigh your options. What you can attend and what you can’t, and with work. A lot of times it’s hard for you to help them with their homework efficiently, because you have everything else in the world to worry about. Baths, feeding them and everything in between,” said Thomas, 39, who works as an LPN.

Staying together for the children is slowing going out of favor, Penney said, and some research indicates it may be easier on the kids for arguing parents to separate.

Reginald Danzy, 53, found he could be a parent to his only child, Alexis, when he separated from her mother and shared custody.

“We had irreconcilable differences so her early years were most difficult,” he said. “Doing her hair, teaching her to use the bathroom, teaching her how to talk, changing her diapers, normal children things were difficult.”

Alexis is now 20 and he believes the two communicate well.

“I have learned that girls are delicate creatures, we have to deal with them differently. All around, my daughter turned out to be a good child. And having a daughter had changed my life and it is something that I don’t regret. I love my daughter with all of my heart. She is truly a blessing,” he said.

Thomas credits her success as a single mother with her ability to multi-task and communicate with her children.

“Being a single parent, at first it seems like a task that is impossible,” Thomas said. “But nobody can take credit for what you did for your child, whether it be financially or the way they carry themselves, they way they excel in school. No one can take that from you because you single-handedly did that. You did it on your own without any help.” 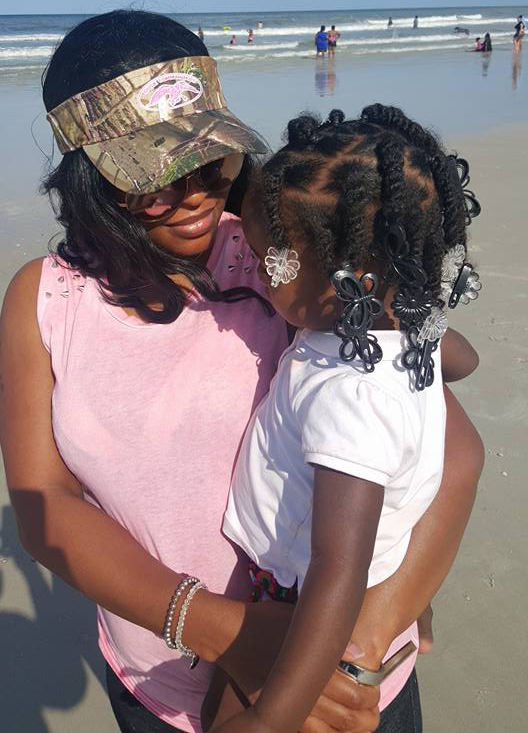 Karen Thomas, 39, has been a single mother since 2009, choosing to raise the youngest two of her four children alone, including Reagan, who was born in 2015. 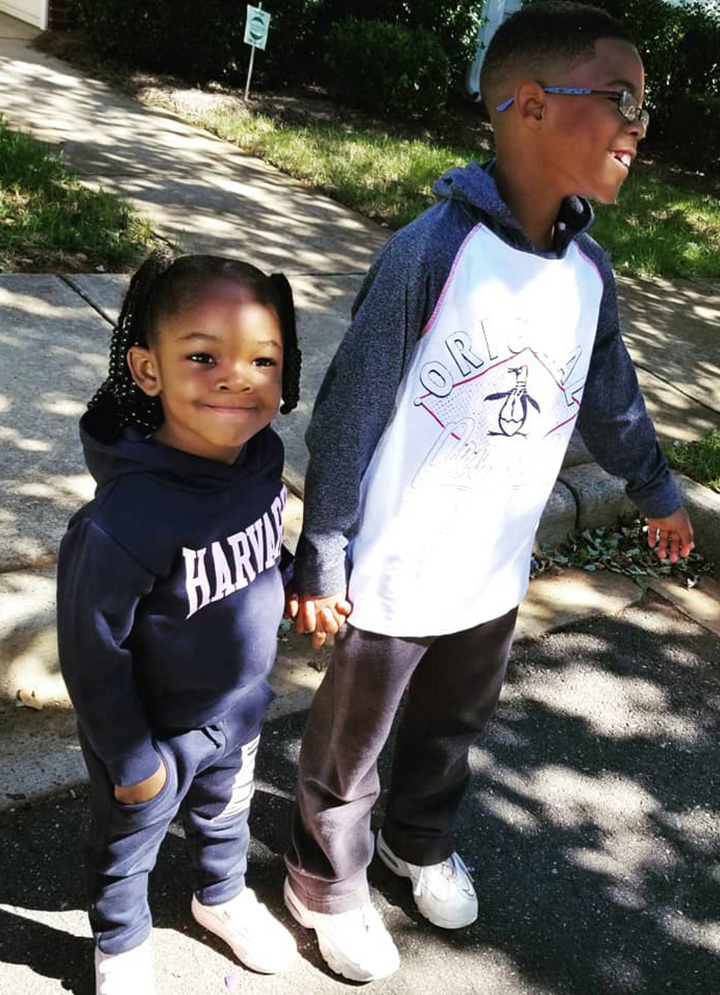 Two of Thomas’ children, Brailen, 7, and Reagan, 4, have lived solely under their mother’s care since they were born. Nearly 50 percent of black children under 18 live with solo mothers. 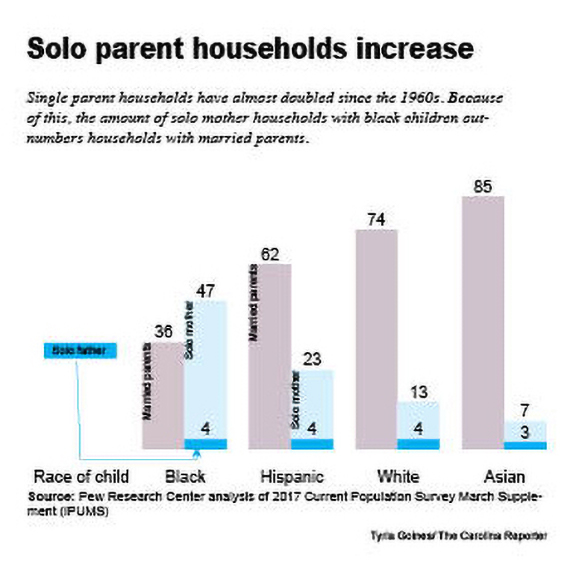 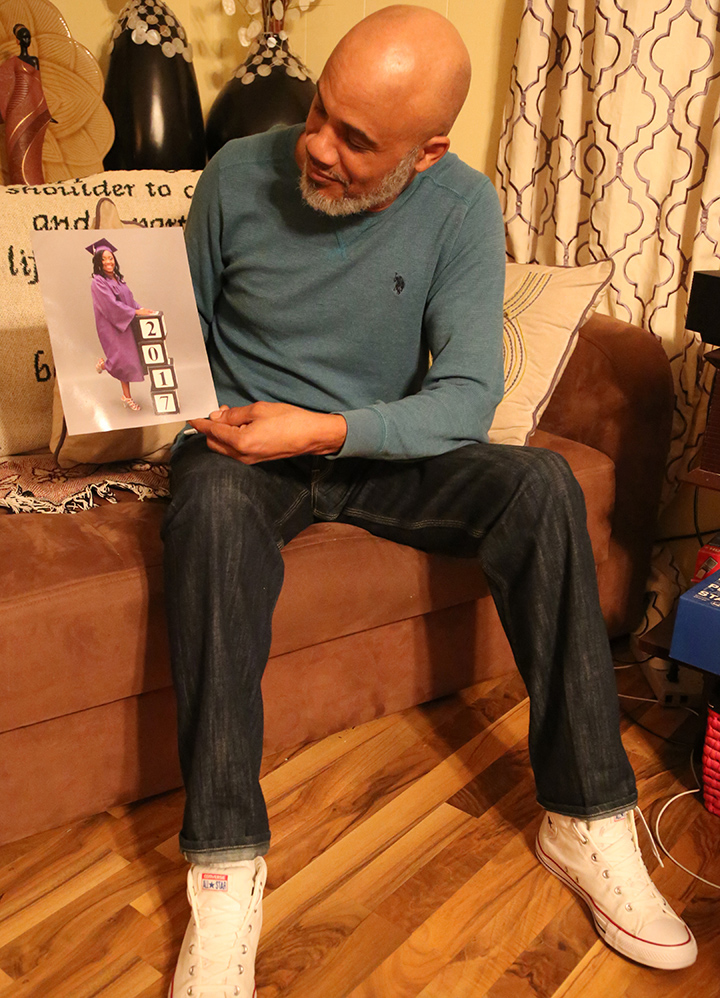 Reginald Danzy is a single father, a demographic that makes up only about 4 percent of U.S. households.